Courtney Barnett Talks Coming Face-to-Face With Her Emotions, Detective Shows, and Tell Me How You Really Feel

Courtney Barnett opens her new record, Tell Me How You Really Feel, with amplifier hums and the bending whirr of a guitar string being tuned down, descending lower and lower. These first few brooding moments of “Hopefulessness” couldn’t be a more drastic contrast to the beginning of her last album, 2015’s breakthrough Sometimes I Sit and Think, and Sometimes I Just Sit, which barreled in enthusiastically with pounding drums and a bright crashes of guitars and keyboards. While Sometimes I Sit wasn’t without its moments of intense introspection and self-realization, there’s a different type of desperation in her voice and playing. Maybe she’s just taking her own advice that she sings on “Hopefulessness” into account: “Take your broken heart and turn it into art.”

When Barnett and I chat on the phone, she speaks candidly about wanting to confront her own feelings head-on in the record. It’s a process she says, full of moments of clarity and moments of despair. While Tell Me How You Really Feel may comparatively be the darkest material she’s released so far, it’s not without hope. Throughout the process, Barnett describes the feelings of catharsis and weight lifted from her as she looked inward. This soul-seeking leads to some of her sharpest and most damning writing yet, from the Margaret Atwood quoting “Nameless Faceless” to fiery opus “Crippling Self Doubt and a General Lack of Self-Confidence” (which features both Kim and Kelly Deal on backing vocals). The album's title alone conveys Barnett's process – as if she's beckoning herself to be more truthful with herself.

Before Barnett performs live on KEXP on Oct. 8 at 12 p.m. PT (and then plays The Paramount later that night at 7 p.m.), read through some of her thoughts on embracing her emotions, working with Jen Cloher and Kurt Vile, and how watching detective shows inspired her writing process.

KEXP: You originally started writing music after Sometimes I Sit and Think that you said was more politically charged but then instead opted to pursue the more introspective route on this record. But there are still some moments of universal reflections on songs like “Nameless Faceless" and "I'm Not Your Mother, I'm Not Your Bitch." Do you feel like by looking inward you were able to process some of the larger anxieties of the world around you?

Courtney Barnett: Yeah, I mean, I think they're so ingrained. I think that that whole political... it's always kind of ingrained anyway – your personal outlook on the world. It's gonna take on the stuff that's soaked in there anyway. Even if it's not overtly political, I think it's always ingrained – in my stuff anyway.

That's a really good point because how do you really separate those ideas anymore? The way you think about things and who are you, they're kind of the same thing.

Yeah, for sure. I mean, it's all kind of built in there together.

You've mentioned that the album might seem negative on the surface but you feel like you came out of the album feeling really positive and grateful. How did your perspective change on the record? Did you have any specific moment of clarity before or after the recording process?

Yeah, I went through a few moments of clarity and then, you know, moments of despair. I think that that's just my personality as well. I really go from one extreme to the other pretty quickly. But I guess that's part of the process and part of normal life, in general, is experiencing that stuff and acknowledging it for what it is. A lot of the album was about coming face-to-face with certain feelings that I tried to push away or communication with people that I kind of tried to ignore. I think even though sometimes those things are hard, it's like a weight off the shoulders to deal with. Yeah, it's mixed feelings.

I imagine that's pretty difficult. There's a lot of personal songs on your last record, but this record especially feels really open and vulnerable in a really powerful way. Did you have to put yourself in a certain headspace or mindset to make yourself open to talking about these things on your record?

I guess that is the mindset. The mindset is just being open and being willing to be vulnerable and willing to cry and to be scared and to be fearful and all those things, which I think our brain and body protects us from those things – not wanting to get hurt, so by avoiding them. I don't think it's instinctual sometimes to go there.

Given the lyrical approach for the record, did you have a vision of what you wanted the music to sound like? How did you go about creating that on the record?

I wanted it to be just a bit richer and bigger kind of sounds. I just kind of went along with it. I locked myself in a room basically for a long time and I had a loop pedal and... well, I guess I moved around to a couple of different rooms. One time I just had a guitar and a pen and paper and then in another place, I had like a drum kit and a couple of different guitars and I just jumped around depending on... I think as soon as I got bored or hit a wall, I would jump to something else or jump to the piano. It's kind of just a way of avoiding the blocks, the wall blocks that came up. I tried to trick myself into keeping on going.

Was that different from how you recorded in the past? Did you have to mix up the process from what you did for Sometimes I Sit?

I mean, I think it was kind of similar. I don't think I had as much spare time, like the luxury of that to deal with. I remember writing most of the last album in my room on an acoustic guitar and then took it to the band and it came alive with all the other instruments. And then before that, yeah, I think I've used... That's kind of always similar – loop pedals and weird computer programs like GarageBand to stick some drum sounds or little drum machines momentarily to get a bit of vibe going. I think it's always a bit different for me, which is probably a good thing.

The record opens with a song that's quite literally about hopelessness and trying to be hopeful – or that's just how I have interpreted it. But by the time you get to the closer "Sunday Roast," it feels like you've made peace. Was there any intentional arc to the album?

No, it was kind of this happy – slightly happy – accident. I think that the songs were more put in that order for sonic reasons. I think the story follows as well. Starts off waking up feeling hopeless. Yeah, "Sunday Roast" is kind of about feeling the hopelessness together [laughs]. So it's kind of positive in that way, talking about it and sharing and sharing the load. But yeah, it's an optimistic end.

You've mentioned a similar idea before about expressing these feelings helps other people know that they're not alone in feeling that way and feeling these types of feelings. Taking these songs on the road and having the album out, how has your experience playing the songs changed with having an audience in front of you?

Oh yeah, I think it's really brought the songs to life in a different way. Obviously, as we become more comfortable with them over time, me and my band... 'Cause I always take the songs into the studio pretty fresh. We spend like a week showing the band and figuring it all out. The more you learn a song, the better it becomes. Everything speeds up live and has more energy and passion. I listened back to the album the other day and it sounds kinda slow and studio-ish compared, obviously, where it ends up live. And I think the interaction with the audience. I heard lyrics from different perspectives as soon as I sang them in front of other people. The past few months of just general life and personal life and public, like reading the news, it all kind of funnels into reinterpreting the lyrics and they grow each day, which is nice. They don't get stale.

You worked with both Kim and Kelly Deal on the record. What was that experience like and how did that come about?

Yeah, I'm a big fan. We just bumped into each other over time. I did a podcast with Kim where we interviewed each other and then we dropped by the studio and they were making their new album and sung some vocals on their album. I thought that the parts on these new songs were kinda perfect for their voices and their kind of vibe. I'm really glad it worked out. They're great. I mean, they're a huge inspiration to me and super funny people.

In-between your first record and this one, you played guitar on your partner Jen Cloher's record and recorded an album with Kurt Vile. Did working so closely with other songwriters have any impact on your process and how you approach songwriting? Just being that close someone else's process?

Yeah, I think it definitely does. I think songwriters a lot of the time... I think we all do that feeling where we feel like we're alone in our own little world writing "the most important song that's ever been written," when obviously that's not the reality. I've found in my process it's always nice to just talk to other songwriters about the process or whatever – how they view life. So, I think working with Jen and working with Kurt, I think it's like unavoidable. Because pick up on and get inspired by different elements of how they work and how they view the world.

Do those shows inspire you creatively?

Yeah, cause I find a lot of the psychology interesting. I think it's fun piecing together the stories, but the psychology and the interaction of humans... I find all that stuff quite fascinating. I guess just kind of remembering that everyone is going to be their own... everyone's got their own story running in their head through life. Everyone's got their own stuff going on and I guess you can never really know what's going on inside someone else's mind. So I think it's important to remember that know. 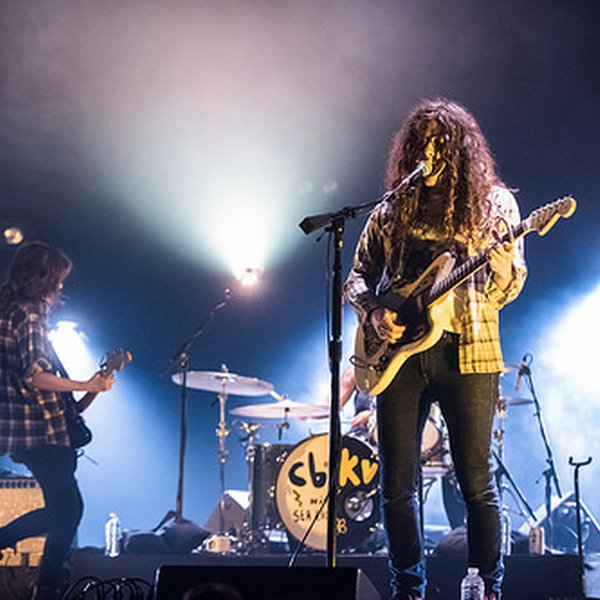 Categorization systems are important for us as humans. It's how we make sense of this sometimes nonsensical world we live in. Which is why as soon as radio delivered us a bevy of different styles of music, we immediately had to put everyone into categories, starting with the basics: jazz, rock, c... 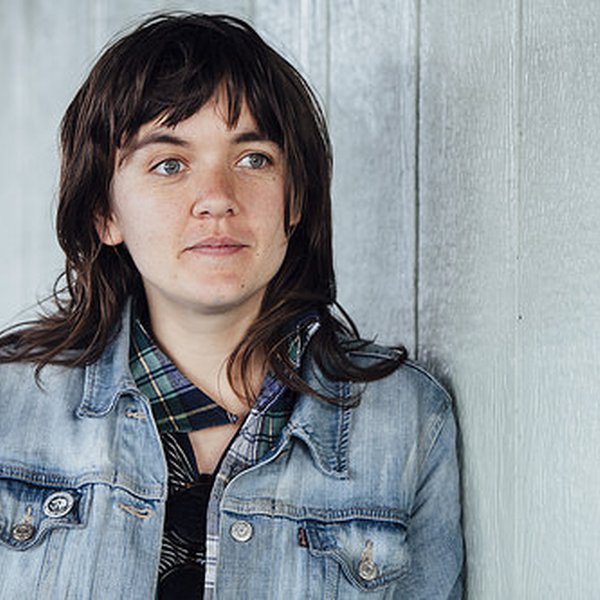 Interview: Courtney Barnett on her great new album, writing political songs, and only ever eating carrots

In the three hours before she sat down with KEXP for an interview at the Sasquatch! Music Festival, Courtney Barnett nailed a mainstage performance, signed a massive stack of records for fans, and posed for some portraits backstage. Despite having an incredibly busy afternoon, however, the Melbou...