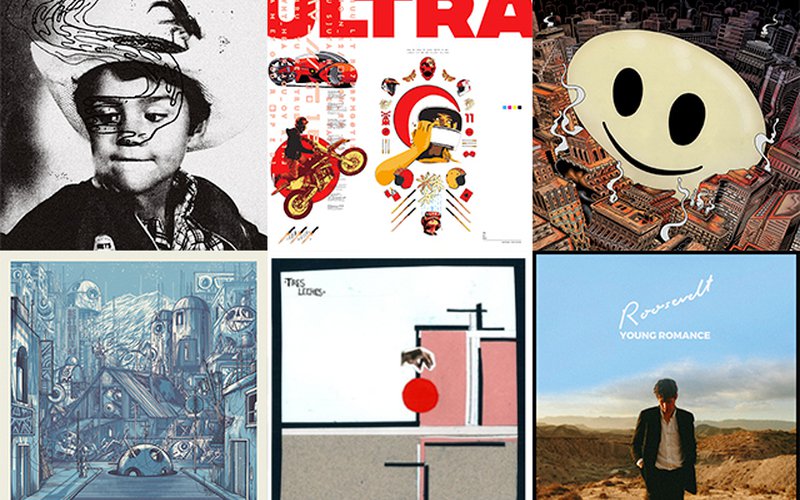 Each week KEXP's Music Director Don Yates (joined this week by DJs Alex Ruder and Abbie Gobeli) shares brief insights on new and upcoming releases. See what's coming up this week below, including reviews for new releases from Fucked Up, NAVVI, Richard Swift, and more.

Richard Swift – The Hex (Secretly Canadian)
The final album from the late singer/songwriter/producer/multi-instrumentalist was recorded over the last several years of his life and completed a month before he died. It’s a beautifully produced, intricately arranged set ranging from soul-steeped orchestral pop and cinematic glam-funk to cathartic synth-pop and haunting atmospheric ballads, with unsparing, often-dark lyrics of loss, grief, anxiety, depression and substance abuse. — DY

Mudhoney – Digital Garbage (Sub Pop)
This veteran Seattle band’s 11th album is one of their angriest and most politically charged albums, with sardonic, often-darkly humorous lyrics ripping into the politics of fear, gun violence, religious hypocrisy and much more, while the band’s sound remains as primal and vital as ever. — DY

The Field – Infinite Moment (Kompakt)
The sixth album from this Swedish electronic producer (aka Axel Willner) is another impressive set of hypnotic ambient techno combining blurred, subtly shape-shifting beats and textures with mysterious looped vocal samples. All six songs are worth checking out, though they’re also fairly lengthy (only one’s under 10 minutes). — DY

SALES – forever + ever (self-released)
The second full-length album from this Orlando-based duo comprised of Lauren Morgan (guitars/vocals) and Jordan Shih (guitar/programming) is another stellar showcase of their warm, dreamy, colorful indie pop that harkens back to the influential romantic stripped-down style of Young Marble Giants and The Sundays. — AR

Chrome Sparks – Chrome Sparks (Counter)
The debut full-length album from Brooklyn-based producer Jeremy Malvin (aka Chrome Sparks) is a brilliant set of celestial electronic beats, adventurous full-bodied rhythms, and widescreen electro-pop anthems, all propelled by his masterful synth work. The album arrives after a handful of diverse EPs that showcased his adept touch for shimmery cinematic hip-hop beats and massive techno/house explorations, and he's fused his impressive strengths through a captivating pop filter on this eponymous effort. He adds his own vocoder vocals to a few songs, while his friends Kllo, Body Language's Angelica Bess, and Reptar's Graham Ulicny stop by to make guest vocal appearances. — AR

Fenster – The Room (Altin Village & Mine)
Fenster is a creative collective based in Leipzig, Germany who made it their mission to compose and arrange every song on this fourth album together in a room. The songs were tracked live in a house where the band ate, slept, and played together.  They frame this room with playful pop melodies juxtaposed with krautbeats, psychedelics, and disco grooves. — AG

The Chills – Snow Bound (Fire)
The sixth album from this veteran New Zealand band led by Martin Phillips is a fine set of well-crafted indie-pop combining jangly guitars and a variety of keyboards with soaring melodies and bittersweet lyrics. — DY

Fatherson – Sum of All Your Parts (Easy Life Records)
Fatherson is a Glasgow-based rock outfit that formed in Kilmarnock, consisting of Ross Leighton, Marc Strain, and Greg Walkinshaw.  On their second release, the band focuses on paving heavy post-rock passages paired with raw, pop hooks. — AG

Prince – Piano & A Microphone (NPG/Warner Bros.)
The first posthumous album taken from Prince’s voluminous vault of unreleased recordings is a demo tape he recorded in 1983 of mostly songs he had recently written along with some covers. While the recording’s in demo form, the sound is pretty great and does a fine job of capturing Prince in an intimate setting at the height of his powers. — DY

Children Of Zeus – Travel Light (First Word)
The official debut full-length album from this Manchester, UK duo comprised of emcee Konny Kon and vocalist Tyler Daley exceeds the expectations of their early EPs and singles and delivers a top-notch set of their trademark "fly lo-fi dusty street soul" that expertly fuses warm R&B vibes with boom-bap hip-hop flavors. Possessing impressive quality control since the jump, Travel Light is another strong showcase of Children of Zeus' distinctive 90s-steeped aesthetic, yet it closes out with the extended and somewhat unexpected broken-beat exploration on "Vibrations (Divine Signature)" that hints at their growing range. — AR

Amber Arcades – European Heartbreak (Heavenly)
The second album from this Dutch artist (aka Annelotte de Graaf) is a well-crafted set of wistful indie-pop with lyrics blending the political and the personal. — DY

Pip Blom – Paycheck EP (Persona Non Grata)
Formerly a one-person band, this Dutch group has now expanded into a four-piece, though it’s still named after its leader. Their latest EP is a potent set of lo-fi, ‘90s-influenced rock with angst-fueled lyrics and addictive song hooks. — DY

Hosannas – Picture Him Protecting You (Fresh Selects)
Hosannas are a PDX-based duo comprised of brothers Brandon and Richard Laws. Their debut album is a strong set of psychedelic dance pop that fuses shimmery synths, colorful instrumentation, and kinetic beats with their soft dreamy vocals for a groovy kaleidoscopic band reminiscent of Caribou's Swim album. — AR

Oliver Coates – Shelley's On Zenn-La (RVNG Intl.)
Oliver Coates is an accomplished and award-winning London-based cellist/composer that has collaborated closely with Radiohead and Mica Levi in the past. Now displaying his budding talents as an electronic producer, his latest solo full-length album (and RVNG Intl. debut) is a cool set of nostalgic 90s-indebted IDM beats infused with neo-classical flourishes that yields a sound frequently reminiscent of classic Aphex Twin. — AR

Slow Machete – Ola Mala (Postlude Paradox)
Pittsburgh musician Joseph Shaffer began his Slow Machete after visiting Haiti in 2009 and falling in love with the music and musicians of the country. He builds off recordings of vocal choirs and musicians from Haiti and the Dominican Republic with his own instrumentation and electronic production to yield a supremely transportive sound. Ola Mala is his second album, it features three separate choirs sprinkled throughout the record, and it's an amazing display of accomplished ethnomusicology that fuses traditional Haitian and Dominican music with contemporary electronic and organic folk sensibilities. All proceeds from his albums are donated to the choirs and doctors in the villages where his recordings are taken, as well as agricultural and educational programs. — AR

Brasstracks – For Those Who Know, Pt. II (self-released)
The third release from this NYC multi-instrumentalist production duo is a vibrant display of their colorful horn-infused beats and crisp live percussion rhythms that fuse hip-hop, electronic, R&B, funk, and jazz styles into an infectious, celebratory brew. While their beats are dynamic and fresh enough to stand out on their own, they receive some guest vocal assistance from Thirdstory, S'natra, and Xavier Omär on a few standouts, as well as co-production help from Robert Glasper. — AR

Garren Sean – SUNDRIP (self-released)
The second release from this Bay Area musician/producer (who's previously collaborated closely with Chance the Rapper) is a knockout set of magnetic psych-pop infused with sultry funk and widescreen soul that's reminiscent at times of Prince, Unknown Mortal Orchestra, and Miguel. — AR

Yazmin Lacey – When The Sun Dips 90 Degrees (First Word)
The second EP from this Nottingham, UK-based vocalist is a wonderful set of timeless R&B/soul that a carries a consistently warm, jazzy touch. — AR

Minus The Bear – Fair Enough EP (Suicide Squeeze)
This Seattle band’s final release is a solid 4-song set of moody, prog-tinged rock along with a synth-heavy remix of “Invisible” by Sombear (aka Now, Now’s Brad Hale). — DY 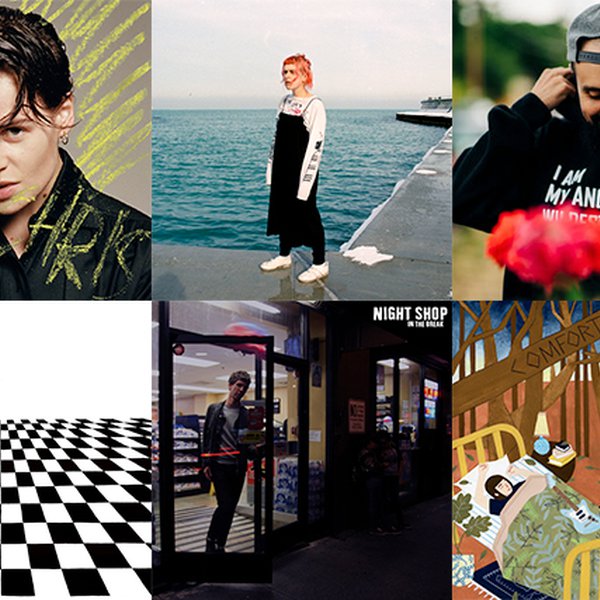 Each week KEXP's Music Director Don Yates (and this week's special guest DJ Abbie) shares brief insights on new and upcoming releases. See what's coming up this week below, including reviews for new releases from Christine and the Queens, Cumulus, Gabriel Teodros, and more. 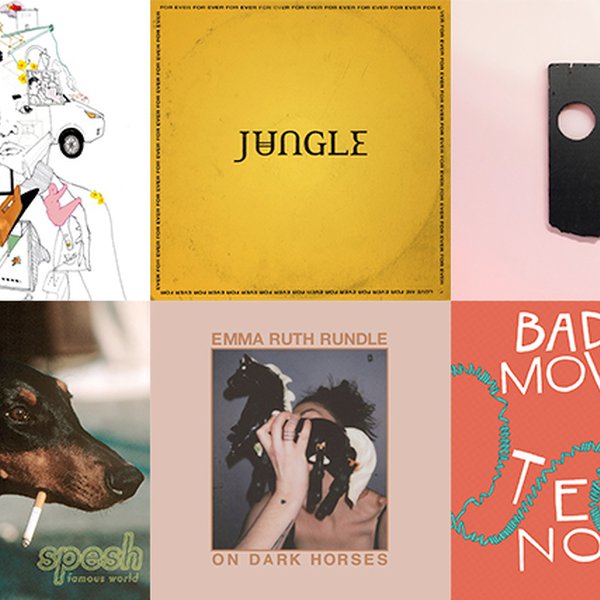 Each week KEXP's Music Director Don Yates shares brief insights on new and upcoming releases. See what's coming up this week below, including reviews for new releases from Noname, Low, Jungle, and more. 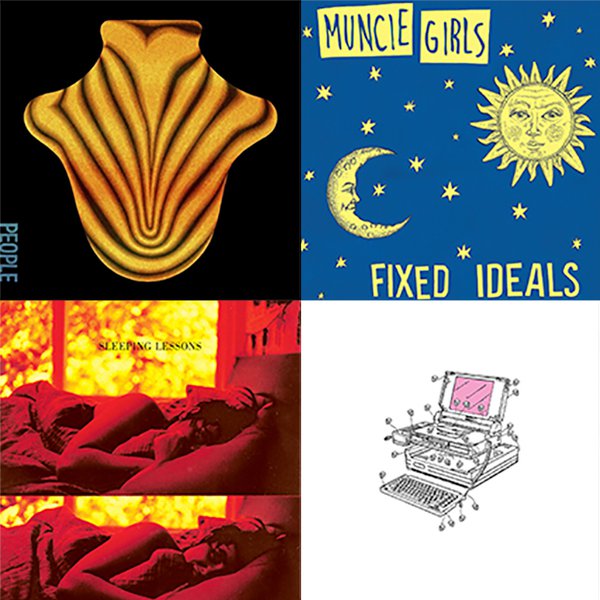