KEXP Suggests: Queercore: How to Punk a Revolution at Northwest Film Forum 10/3-10/5 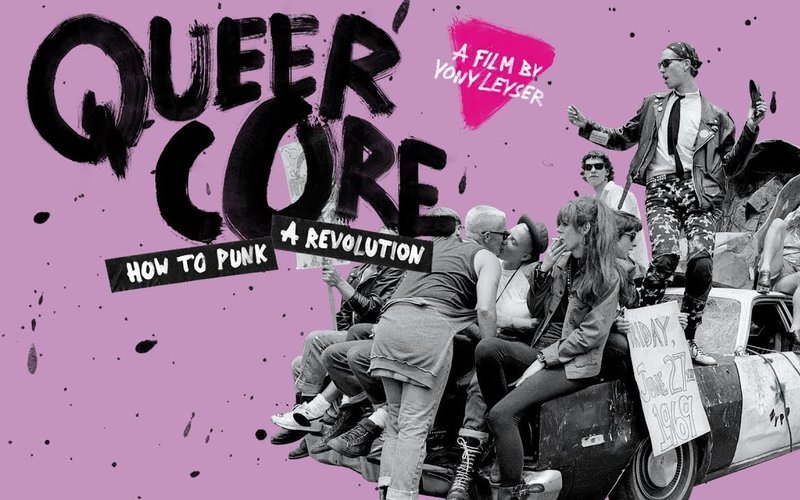 The story of queercore, as told by German filmmaker Yony Leyser, begins in a decrepit Toronto apartment shared by filmmaker Bruce LaBruce and musician-filmmaker C.B. Jones (Fifth Column) in the mid-1980s. Eternal outsiders who longed for creative freedom beyond the cultural mores of a contemporary gay culture, their response was J.D.’s, the revolutionary, self-mythologizing homocore zine that spurred a movement. Queercore: How to Punk a Revolution documents how LaBruce and Jones were able to provide creative lifeblood to an entire generation of non-conforming musicians, including the punk-savants of the Pacific-Northwest music scene of the 1990s.

Bruce LaBruce and C.B. Jones coined the word "homocore" to highlight the queer roots from which punk and hardcore had become estranged. But their critique was double-pronged: in addition to “homo-ing the punk movement,” homocore (re-christened as queercore in the early 90s) would also “punk the homo movement” via punk strategies of self-debasement, including the embrace of the terms “queer” and “dyke.”

The Pacific-Northwest music scene of the early 1990s is omnipresent throughout the film: Riot Grrrl takes pride of place in the latter chapters of the film, hot on the heels of Kurt Cobain professing his spiritual queerness, footage of Hole playing “Rock Star,” and appearances by Team Dresch, including footage of Donna Dresch carrying a “No Apologies, No Assimilation EVER” banner at the 1989 San Francisco Gay Pride Parade.

The 1989 Pride Parade, at the height of the AIDS crisis, is used by Leyser as a crucial pivot point in the history of queercore, as it simultaneously brought together many self-identified queer artists and estranged them from straightforward party politics. See, for example, musician Jon Ginoli of Pansy Division, who was spurred by the desire to “do activism where ACT UP left off.” Essential viewing for anyone interested in the marbled history of punk culture, Queercore: How to Punk a Revolution, produced by the German filmmaker Yony Leyser (Desire Will Set You Free (2015) and William S. Burroughs: A Man Within (2010)), will be showing at the Northwest Film Forum on Wednesday, October 3rd at 8:00 PM; Thursday, October 4th at 7:30 PM; and on Friday, October 5th at 8:00 PM.