Today would've been David Bowie's 71st birthday and Wednesday marks the second anniversary of his death, a loss that left a huge, star-shaped hole in the hearts of many.

His influence on popular music simply cannot be overstated -- check out covers by everyone from Beck to Bauhaus here, and hear exclusive interviews with artists he inspired here -- but one aspect of Bowie's 50+ year career that doesn't get enough attention is his film work. His presence was sorely missed in last year's revival of Twin Peaks -- unable to reprise his 1992 role as F.B.I. agent Phillip Jeffries, he was instead replaced by a tea kettle*. In honor of this great artist, KEXP spotlights just a few of his cinematic highlights below. Happy birthday, Starman.

(*David Lynch says it's not a tea kettle.)

Bowie’s 1976 cinematic debut was the role he was born to play: an alien. Sent to Earth on a special mission, he walks among us using the human name “Thomas Jerome Newton" and looking all Tilda Swinton-y (or I suppose she looks like him). The Northwest Film Forum screened the film back in 2016, and as we mentioned back then, "though [the movie] received mixed reviews upon its release (none other than Roger Ebert ranked it only 2½ stars), the sci-fi surrealism and performance of a young Bowie has since made it a cult favorite." (JH)

If The Man Who Fell To Earth only earned him 2½ stars, Ebert had to split some atoms for his ranking of this post-World War I film. Bowie plays a Prussian officer who returns home to Berlin after the war, and unable to find employment, he becomes a gigolo at a brothel ran by Marlene Dietrich, in her last ever performance. (Her role was not revived by a tea kettle 25 years later.) Though critics savaged the film, Bowie's residence in Berlin resulted in the now-iconic trilogy of Low (1977), "Heroes" (1977) and Lodger (1979). (JH)

Playing opposite of innovative electronic musician and composer Ryuichi Sakaomto, Merry Christmas Mr. Lawrence gives us one of Bowie's most nuanced performances ever caught on screen. The film was director Nagisa Ôshima's first film in English, which thematically fits with the movie's statements about finding cultural understanding. Bowie plays Jack Celliers -- described by others in the film as "a soldier's soldier" -- who finds himself imprisoned by Japanese forces during World War II in a compound helmed by Sakamoto's Captain Yanoi. The two rock star leads were bold casting that pays off. Bowie's blonde hair and buttoned-up look is a far cry from what we're used to comparing the glam aesthetics he was embracing at the time, but Bowie plays the dutiful soldier extremely well. He even gets some quintessential "Bowie" moments, like the scene where he pantomimes having a shave or when he leads the other imprisoned soldiers in a funeral sing-a-long and eats flowers in defiance to their oppressors. While Bowie doesn't contribute music to the film, Sakamoto's score is iconic in itself and allows Bowie to consume himself in the role. (DH)

Directed by Jim Henson and executive-produced by George Lucas, Labyrinth was a dark fantasy film featuring five original songs by Bowie on the soundtrack. His performance as Jareth the Goblin King is often cited as the cause of many a sexual awakening. (A couple of great posts on that here and here.) Last year it was announced that a prequel was in the works, with Lisa Henson (daughter of Jim Henson) and Duncan Jones (Bowie's son) serving as producers. (JH)

According to Twin Peaks co-writer Bob Engels, Debby Trutnik, who was David Lynch’s assistant in the early ’90s, repeatedly asked her boss to write a movie part for Bowie. And so he did. “They crammed me,” Bowie told The Seattle Times. “I did all my scenes in four or five days because I was in rehearsals for the 1991 Tin Machine tour.”

Sadly, Lynch had pursued Bowie to take part in the last year's revival Twin Peaks: The Return but was told he was unavailable. (We all learned why later.) While Lynch was given permission to re-use the footage from Fire Walk with Me, he was asked to overdub Bowie's lines. In an interview with Pitchfork, he says:

"I think someone must have made him feel bad about his Louisiana accent in Fire Walk With Me, but I think it’s so beautiful. He wanted to have it done by a legitimate actor from Louisiana, so that’s what we had to do. The guy [voice actor Nathan Frizzell] did a great job."

Cameos can be a play for a quick joke or that can be a total scene stealer. Bowie's appearance in Zoolander is very much in the latter category. It's the comedic climax of the film as models Derek Zoolander and Hansel are facing off in a "walk-off" challenge. Bowie emerges (playing himself) seemingly out of nowhere, presenting himself as a judge for the competition. He doesn't get much screen time, but every moment he's on the screen is electric, from taking his sunglasses off when he volunteers himself to stoically explaining that this walk-off will be "old school rules." (DH)

In Christopher Nolan's film of feuding magicians, Bowie comes in later in the film as a voice of scientific reason as he portrays a fictional version of the visionary inventor Nikola Tesla. The Prestige is a movie all about slight-of-hand and visual deception, so if you haven't seen the film there's really not much that can be said about Bowie's purpose in it. But his interpretation of Tesla as a mysterious genius stifled by which of his creations the world will actually accept is one Bowie revels in. (DH) 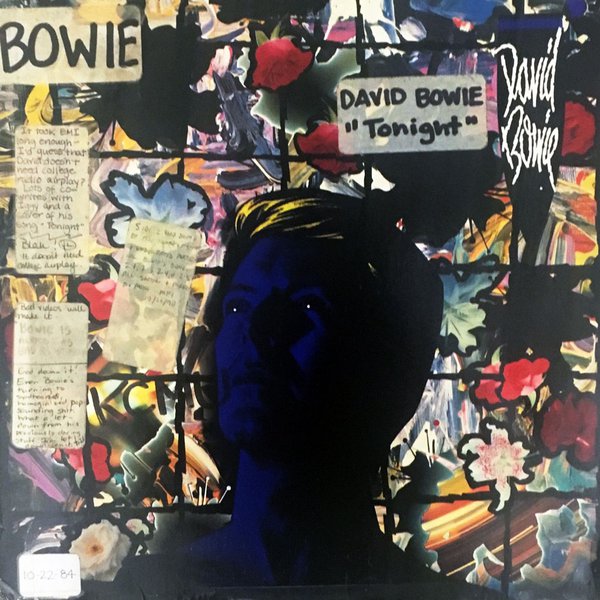 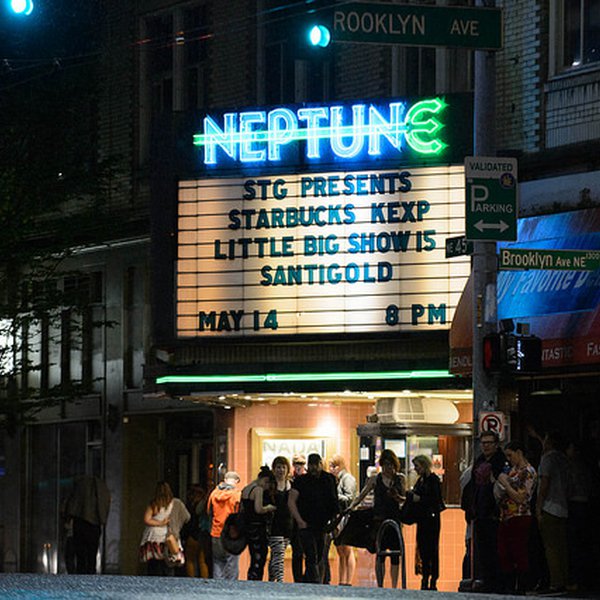 As we head towards this weekend’s Little Big Show #20 with Pickwick and Porter Ray, we’re looking back at previous editions of this concert series hosted by KEXP, Starbucks, and STG Presents. (Look back at Shows 1-5 and 6-11, and stay tuned as we continue our retrospective on the KEXP Blog all week…