15 Days. Three guys. And a $1,000 shopping spree at Amoeba Records. That's what it took to launch Indie 103.1 in Los Angeles, a station Rolling Stone magazine declared "America's Coolest Commercial Station" just one year later. It was only on the air for a short period, but in that time, they helped make stars out of local bands and under-the-radar acts like Arcade Fire, Silversun Pickups, Warpaint and Cold War Kids. We chatted with one of those three guys, Mark Sovel aka Mr. Shovel (read that story here):

I was the music director from the day it started until the day it ended. A week before it went on the air, I didn’t know I was going to be the music director. I got a call on December 19, 2003, from a colleague, and I was supposed to leave with my family to go on Christmas vacation. He said, “We’re going to put this station on the air at Christmas, can you help us put it together?” I said, are you offering me a job? They were vague, but this was the kind of opportunity I had been looking for all my life, to have my hand in building a radio station from scratch, especially one where I could do whatever I wanted. So I canceled my ticket. We went to Amoeba, went on a shopping spree one night, and spent the rest of the night looking at CDs and going “okay, 'Hitsville UK,' we’re going to play that on the radio.” There was no oversight. The situation was quite abnormal -- we had one company, Clear Channel, who was leasing the radio station from another company. Neither of them cared what we did with it.

From a programming perspective, there was zero oversight. So we said okay, we’re going to play The Ramones, The Sex Pistols, The New York Dolls, Pixies, Radiohead, Cure, Smiths… things that weren’t getting played on commercial radio. And we would go deep on those things, along with playing a bunch of new music that wasn’t getting played on the radio. It was a phenomenally rare opportunity. I ended up being given the titled music director after we launched. While we were going on that shopping spree, we were there with this corporate guy with the credit card. By the time we got to the P-section, he said we were done, and I said, “hold on a second, we didn’t get the Sex Pistols,” and I ran up to the S-section and grabbed that first record. We put in ¾ of that album into gold rotation, and Steve Jones ended up hearing that when we launched. He basically hit us up and said he wanted to be a DJ. "My only condition is that I can play whatever I want and say whatever I want." My program director, Michael Steele, said you’re the one who’s going to produce the show.

On Bands They Broke:

Whether or not you can say we broke them, Indie 103.1 was the first commercial radio station in the country to put Arcade Fire into Heavy Rotation when they were new. Same with The Black Keys, MGMT, Gnarls Barkley, My Morning Jacket, TV on the Radio, MIA, Sia, a whole bunch. It is a fact that we were the first commercial station to give these artists heavy airplay, which resulted in our competitors also playing those records, which is a good thing. We were in a position to do whatever we wanted. We weren’t carrying the record industry or radio industry with us. We just ignored it, which served us very well.

I hosted the local music show so we would start early with bands which would eventually get signed and become successful. Silversun Pickups was one of those bands, but I don’t take credit for that. That band was going to make it anyway. You cannot make a band, they make themselves and you just give them exposure. I don’t like it when a radio station tries to take credit for a band’s success -- you really just go along for the ride, they were going to make it either way. However, at that time, we had Silversun Pickups, Cold War Kids, She Wants Revenge, I Am a Robot, which then turned into Edward Sharpe & The Magnetic Zeroes, The Airborne Toxic Event. They played “Sometime Around Midnight” on my show before they had ever recorded it. These were the bands we were championing at the time. Because I was music director, I had the chance to put these bands in rotation. We had a local music category, so they got regular exposure, often before they got signed.

We used to do these events at Hammer Museum and they would be in the courtyard outdoors in the summertime. We would put two prominent local bands on the bill who wouldn’t normally draw that many people, but for some reason, more people would show up for these bands than you would expect at a regular club. There was something about the atmosphere, thousands of people lining up around the block to get in. We had Silversun Pickups, Edward Sharpe & The Magnetic Zeroes, The Growlers, Shiny Toy Guns, I think Warpaint did one. That was where we bonded with our listeners. All our air staff was there, and we would mill about. It was a communal atmosphere. I am still friends with a lot of those bands, some made it and some didn’t. Those events remain special to me.

The end of the station:

It took me a long time to get over. Until the very day the station went off the air, there was a deal that was going to happen where we would be partnering with another media company, a publishing company that was going to take over the lease on the radio station, giving us a new lease on life, per se. That was what was going to be happening and it was so exciting. The day before that happened, I got word that they pulled it off the table, not happening and that the station was disappearing tomorrow. It was heartbreaking because I was so emotionally invested -- as was everyone who worked at the station -- and the audience as well. For the audience, there was a real community behind this station. The station gathered everyone under one umbrella -- everyone who listened to those Pixies records and their Radiohead records in the privacy in their apartments and dorms. Suddenly, there was a community. In the city, the local music scene was tied up in our station. People felt like, wait you can’t take that away from us. It took a long time to process. I talk to bands, I still do the local music show now, and a lot of bands say when Indie 103.1 went away, the scene dried up. The scene became a part of a past era. There is a different scene going on, but it’s harder for bands to get the same exposure. I don’t like to toot my own horn about what we did for bands, but the fact remains that we had this radio station, we gave a lot of support to local bands, and it helped a lot of them. A lot of people in bands tell me that it’s not the same anymore, and it’s harder to get anything happening as a band.

What are you doing now?

At KLOS, I do a local music show called Check-1-2, and I produce Jonesy’s Jukebox, which is hosted by Steve Jones of the Sex Pistols. It’s on Monday-Friday, 12:00 to 2:00 PM PT. I can’t believe it -- KLOS is a legacy, considered a big classic rock station. The fact that they let us on in the middle of the afternoon to do anything blows my mind. We just sit there sometimes and look at each other and say, "We’re playing New York Dolls right now on KLOS." I’m fortunate to be there. I’m honored to be given the opportunity.

I grew up in Detroit listening to WRIF and WABX. They were freeform rock stations in the 1970s, which was the kind of radio I always wanted to do. KLOS was kind of a corporate version of that. The fact that they let us on do that… every single day I still can’t believe they let us do it. You would hear deep, deep cuts, album-oriented rock, it wasn’t tight rotation like you hear now on commercial radio stations. The DJs got a chance to choose their own music. You would hear moments that I still remember. I would hear an interview with Patti Smith being interrupted by Ted Nugent. I remember hearing Iggy Pop broadcasting a concert from Bookie’s, this little drag bar. These moments you would remember as special. 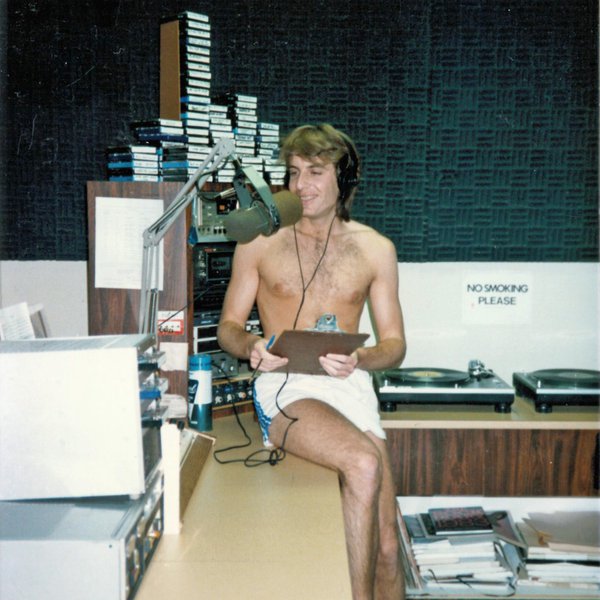 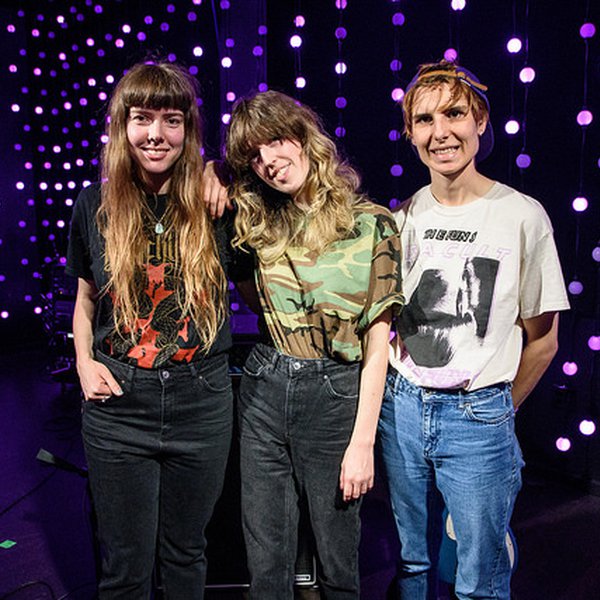 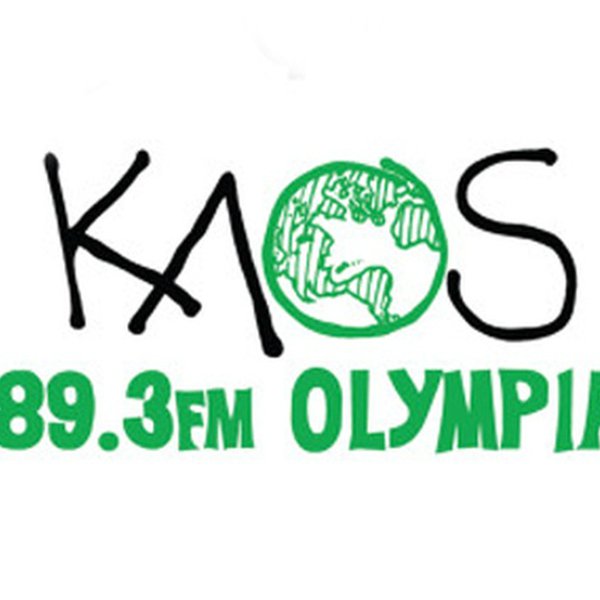 When you talk about independent radio stations that have championed Northwest music, you'd be remiss to leave out Olympia's KAOS 89.3 FM. A hybrid of community radio and college radio with nearby Evergreen State College, KAOS has been a massive force in spotlighting artists outside of the mainstrea…