Energy. That's what a good live performance boils down to, and that's what both Diet Cig and Diplo (who have little more than the letter "D" in common) delivered at the Capitol Hill Block Party on Sunday night. Performing in completely different genres to completely different audiences, they both put on thrilling performances to close out the last day of Seattle's rowdiest fest.

In the afternoon, the Vera stage belonged to Alex Luciano, guitarist, and frontwoman for New York-based twee-punk duo, Diet Cig. Relishing the ample room to jump, kick, and spin, Luciano alone put on quite a show. Add in drummer Noah Bowman, who held down brutally fast punk shuffles, and Diet Cig’s set made for one of the best uses of any stage at the Capitol Hill Block Party all weekend. Playing a jam-packed, joy-filled thirty-minute set, the group’s energy was infectious.

With only an EP and an album to their name, Diet Cig burned through most of their sub-three minute songs, hitting Ivy League diss “Harvard,” as well as “Sixteen,” a memorably detailed send-off to a crappy ex in a small town, from their latest release, Swear I’m Good At This. Each song in the set showcased both Diet Cig’s passion for performance as well as Luciano’s witty lyrics.

During the jangly, girls-to-the-front soon-to-be-anthem, “Tummy Ache,” Luciano sang about male dominance at punk shows. “I’m starting to get real sick of trying to find my voice surrounded by all boys,” she sang, while, providing a solid example of the continued need for songs like these, mostly dudes filled the space immediately in front of her mic stand. A few rows back, a woman in black bobbed along affirmatively, the dramatic white lettering the back of her shirt declaring “She fucking shreds.” Damn right, she does.

Then the night came. Nonstop sensory overload by DJ, international icon, and party boy Diplo to close out Capitol Hill Block Party. A blur of sights, smells, and -- oh yeah -- songs, too. To name a few:

Early Kanye, “Can’t Tell Me Nothing.” An elbow to the nose from a man who has lost his shirt or a girl who found the glitter. Caught between two streams of traffic, one rushing to get closer to the party, the other realizing how packed the party is and turning the fuck around. Each stream equally convinced that they are going the right direction.

Usher and Lil Jon’s “Yeah.” The crowd agrees, and Diplo devotes much of his set to a sweet spot of mid-oughts pop, hip hop, and R&B. Digging into his own deep catalog of collabs with EDM and pop’s biggest names, Diplo deploys “Where R Ü Now,” a Justin Bieber-featuring hit from Jack Ü, Diplo's project with Skrillex. The beat speeds up -- this is pop pushed to the edge for the purpose of a good time, cranked faster and faster, then contorted. The floor feels like it’s slipping out from under you. It smells like weed and farts. Diplo shouts "Jump," and you jump.

The inescapable Kendrick Lamar hit of the summer “Humble.” The music cuts out, the crowd shouts the line, “MY LAST STROKE JUST WENT VIRAL,” and a pummeling new beat takes over.

A quick trip to the '80s for “It’s Tricky,” by Run-DMC. Diplo stalls Rev Run on the pre-chorus trill -- which a man nearby enjoys repeating too -- then brings in “Baby Got Back (I Like Big Butts),” by Seattle’s Sir Mix-a-Lot. Cue plumes of white smoke at front of stage.

Tempo slows slightly -- catch your breath from Diplo shouting at Seattle to jump, jump, jump, like it’s training day -- for “Light It Up,” by Diplo’s global EDM dancehall trio, Major Lazer. Another breath in. It’s all caramel, cotton candy, and 31 flavors of vape fumes.

A girlfriend reunites with her lover after an odyssey to the center of the pit. “Music’s got me feeling so free,” the speakers say. “Celebrate and dance so free.” She arrives in the arms of her beloved during the shiny pulse of Daft Punk’s “One More Time.” Cue confetti cannons.

Icona Pop’s “I Don’t Care.” Crowd screams. Suddenly, a man is climbing a fence, hanging on to it like King Kong to the Empire State Building. He leans back and thrusts upward, rattling the chain links. No one minds, but plenty look. He leans back further, falls, and is crowd-surfed away with his legs splayed up in the air. Songs later, he returns, leans into his partner, as if to say something romantic, then shouts “did you get that?” The Snapchat shows a loop of him falling.

The aspirational pound, clap, and hard synth wobble of “Revolution.” Was this really Bernie Sanders’ campaign song? Yes. Wearing a Sonics jersey, Diplo climbs on top of his decks, invites the crowd to swing their arms back and forth “like this.”

Cue white confetti. Countdown. Major Lazer's dance-floor tender “Lean On,” which was the most streamed song of all time in 2016. More jumping. Why can’t we just dance? There is no room to move in any direction that is not up or down. More white smoke. A new Major Lazer track. Diplo says something. Journey? Really? Okay.

And then it’s over. The lights turn on us, revealing our sweaty bodies, the guards part the fences, and Tame Impala’s “Let It Happen” comes on, quiet in comparison to the blast just experienced.

A man with a tall boy in a paper bag outside of the Shell gas station grins and high fives people walking through the gates, looking for lost friends or a ride home. Capitol Hill Block Party 2017 is over. What did we just witness? 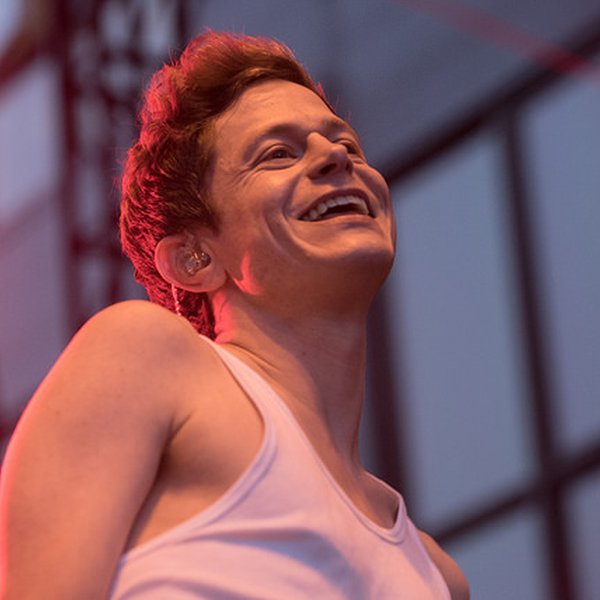 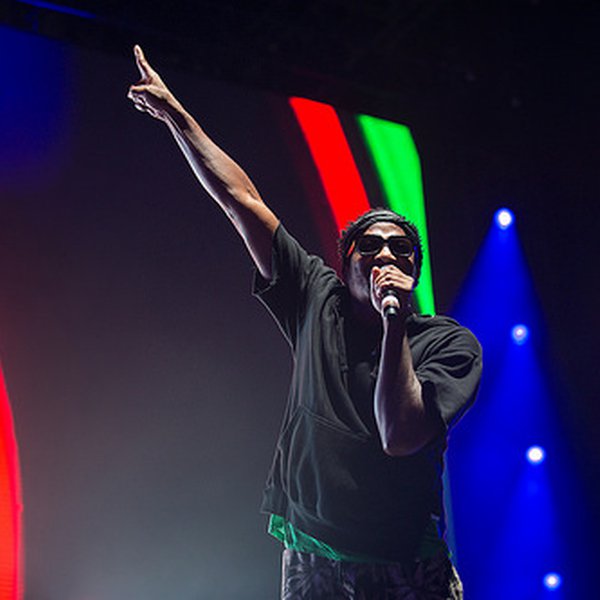 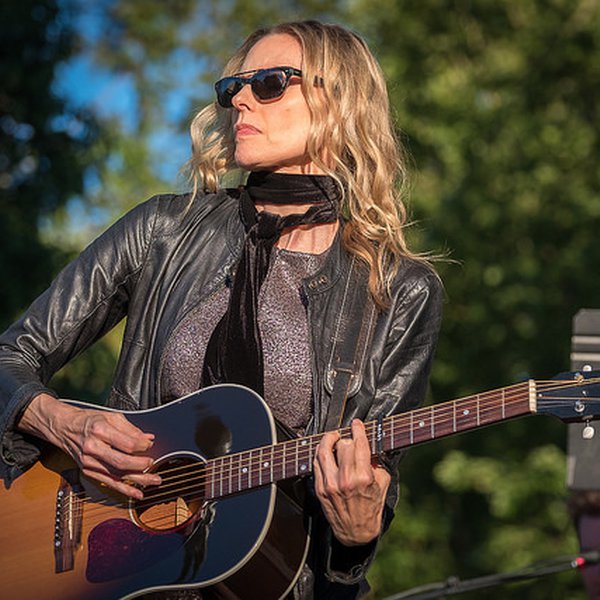 For her latest album Mental Illness, Aimee Mann stripped her music down to the bare essentials and created a collection of music that hides seriously mournful themes behind agrarian harmonies. It’s a beautiful combination and, once you scratch below the surface, you realize that Aimee is struggling… 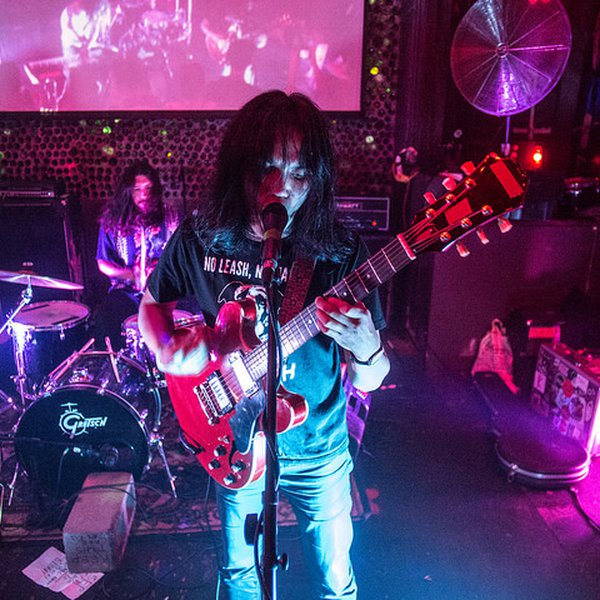 After three days of drunken fun in the streets and more tank tops than you've ever seen in one place, Capitol Hill Block Party came through with one last hurrah. Sunday was non-stop for exceptional local music from the opening sets to the last minutes of Perfume Genius' set on the Vera stage. From …