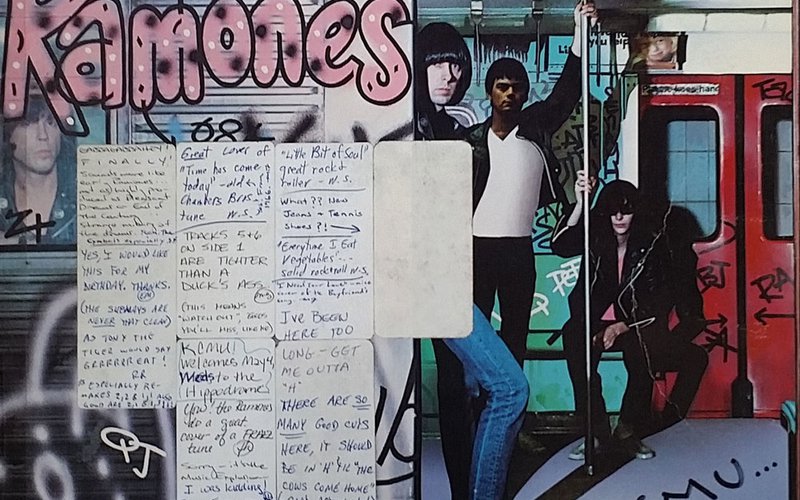 Here's another one: How is this the first time I've covered a Ramones album in this almost decade-long series of blog posts? I mean, the Ramones! Come on! Is there a more influential band with a deeper catalog more filled with albums that college radio DJs are likely to have intensely critical and controversial opinions about? I have no excuse, all I can do is try to correct the record.

The Ramones need no introduction, but what their seventh album, Subterranean Jungle, might well need is a healthy dose of college-radio-DJ-splaining. Unlike some other albums I could have chosen (and might choose in the future), Subterranean Jungle was seen by many as a return to form and didn't elicit too many nasty complaints about selling out, overproduction, and so on. It's still a fun bunch of music-nerding out, though.

"GABBAGABBAHEY! FINALLY! Sounds more like early Ramones . . . not as highly produced as Pleasant Dreams or End of the Century . . . strange miking of the drums."

"Yes, I would like this for my birthday. Thanks. (The subways are never that clean)"

"Tracks 5 + 6 on side 1 are tighter than a duck's ass. (This means 'watch out,' becos you'llmiss, like me.)" [Which, if I may elaborate further, means that there is very little space between the end of track 5 and the beginning of track 6, so the DJ had to be ready to make a quick switch before it was too late.]

"Yow! The Ramones do a great cover of a FRAZZ tune."

"Sorry - it's the Music Explosion." [As long as we're correcting each other . . . actually, it's the Little Darlings. But of course they didn't have Wikipedia at KCMU in 1983.]

"'I Need Your Love' - nice cover of the Boyfriend's song."

"There are so many good cuts here, it should be in 'H' til 'the cows come home' (- Capt. Action, 5/29/83)" [This comment was only written two months after the album was first added to the KCMU library, which doesn't seem that insanely long to me, especially for a kickass Ramones record.] 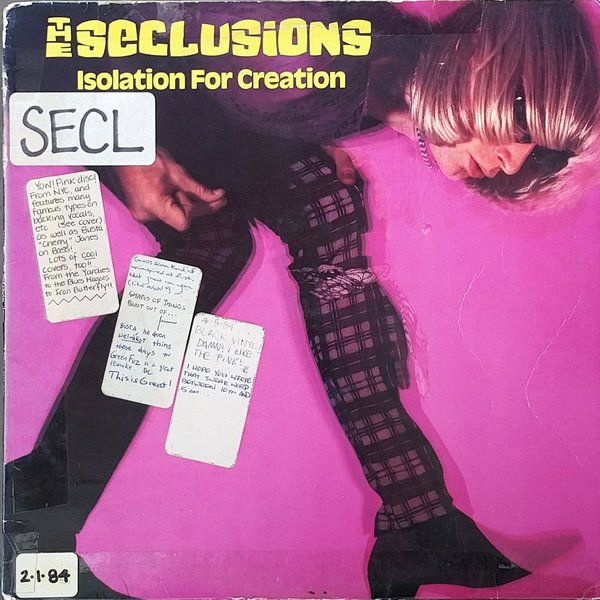 Okay, I have no idea what is going on here, and for once the Internet and KMCU DJ comments are mostly giving me more questions than answers. Starting with Discogs, which seems to have the only solid info on this release out there, we have before us an album from early 1984 by The Seclusions, featur… 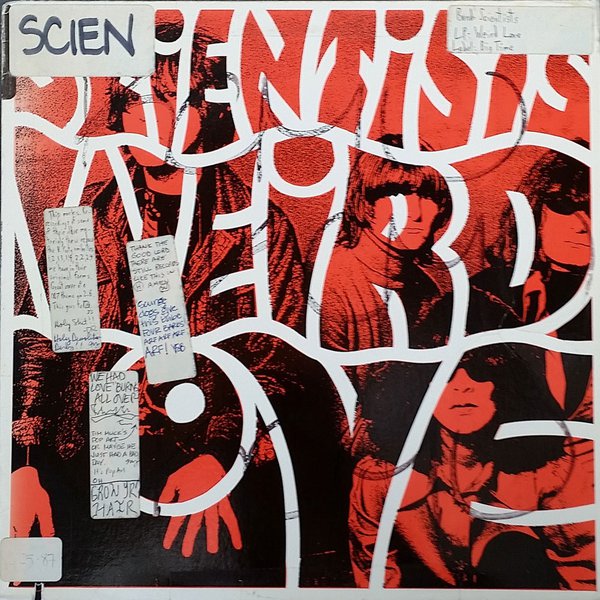 Welcome to another installment in the occasional Review Revue sub-series, "Australian bands that you really should have heard of before now." (And by "you" I mean "I.") Previous installments include The Hummingbirds, Beasts of Bourbon, Paul Kelly and the Messengers, The Lime Spiders, and too many m…