"I think they're having fun. Are we having fun?" That's the question Chastity Belt pondered on "Seattle Party" from their 2013 debut, No Regerts. The song became a calling card for the band, an anthem that called out the disaffected attitude of our fair city while also sounding totally like something you'd hear at a Seattle party. Looking back on the band's earlier material, it's clear they were destined to become a Northwest flagship band. Their dry sense of humor and shimmering riffs helped define a new wave of the local scene, one that was open to making fun of itself while also hunkering down with some expert songwriting.

On the band's latest LP, I Used To Spend So Much Time Alone, you could throw the band's "Seattle Party" question back at them – "Are we having fun?" On first impulse, not really. While their sophomore album, Time To Go Home, showed that band embracing a sense of maturity alongside their trademark snark, it's hard to find a joke anywhere on I Used To Spend.... Lead singer Julia Shapiro's wit is still intact, she's just manifesting it in different ways. I don't think the band has really lost its humor either. Just look at the music video for "Different Now," which perfectly mirrors Temple of the Dog's "Hunger Strike."

It's easy to pin I Used to Spend... as the band's most "mature" record to date, which basically means that it's their most overtly sad record they've put out yet. Shapiro has always found that balance between rolling her eyes at the absurdity of the world around her while also trying to process her own doubts and worries. But on this record, it feels like the absurdity has imploded and she's forced to reckon with her worst thoughts. She opens the record with a damning realization, "You're hard on yourself, well you can't always be right." It might as well be a thesis statement for the whole record. Throughout the 10 tracks (one of which, "Stuck," is sung and written by drummer Gretchen Grimm), the band explores some of the tribulations of living in your own head.

Where previous Chastity Belt records might make a joke, Shapiro uses her meta bluntness to paint a scene. She sings about looking at her phone and the mundanity of text conversations or thinking about something a bro said that pissed her off. The context is no longer about how absurd it all is, but an emphasis on how hard life can feel – especially when you feel alone. Loneliness isn't as cut and dry as it sounds. It's more than just not having people around you. You can feel alone even when you're surrounded by people you love and who love you back. Shapiro shouts out these real feeling that we don't like to talk about or sometimes don't even know how to put into words. Listening to "What The Hell" breaks my heart every time I hear it because it's just too real. When she sings, "I can convince myself of anything, so what the hell," which such nonchalance aptly captures what it's like to push your feelings to the side and force yourself to think that you're okay when you're really not.  Elsewhere on "Caught In A Lie", she drops even more truths with "The story's writing me, but the facts are false. What good does truth bring?" Right after, guitarist Lydia Lunda comes in with a spiraling riff that makes you sit with the lyrics.

In fact, all the instrumentation on this record feels like it's constructed just to make you sit with the themes. The tones of Chastity Belt's music have always been a marvel, veering between melancholic vibing to killer basement jams, but they've never sounded more in sync than they do on this record. It's more than just a technical achievement, though they continue to thrive in their musicianship. It's an emotional connection that can be felt between the four friends, from Lund and Shapiro's guitars to the guttural rumble of Grim's drums and Annie Truscott's bass riffs. When you're crafting such a personal work, everything has to be in the right place to resonate. There's a tenderness in their playing that comes from more than just practice and touring. Listening to the record feels like being brought into their world.

This album came out in June and I know it's a bit random to be talking about it now. While I almost immediately liked the album, it's sunk its teeth deeper into the back of my brain like the lingering thoughts Shapiro exhumes in her lyrics. It's not just a "grower" record in the sense that you'll grow to love it, but a record that grows with you. Sometimes it's weird listening to someone else's lyrics and feeling like their eerily catered to you. There are so many points on this record where I felt exposed – questioning, "how did they get in my head?" Like Shapiro sings on the title track, I too wanna be sincere and want self-control. But the thing about feeling alone is that everyone feels that way at some point. Some more than others. There's a sick comfort in knowing that. I Used to Spend... makes me feel like less of a fuck up for the thoughts that run through my head. I've gotta trust that it does the same for someone else, too. Every Chastity Belt record has felt special, but this one transcends into something else. That it's being hailed as their most mature record speaks a lot to the very notion of growing up. The real maturity of I Used to Spend...is the band's willingness to open themselves up. With more time, I'm sure this album will reveal even more depth and find people who need it. Find some time to sit with this record. Go off by yourself alone, put on headphones, and let the band inside your head.

I Used to Spend So Much Time Alone is out now on Hardly Art Records.

If you attended this year's inaugural Upstream Music Fest + Summit, you witnessed just how much of a celebration it was for local music. Did you find yourself wishing you could be a part of the stellar lineup? Now's your chance as the fest will begin accepting submissions tomorrow (November 3). You can find out more details on the Upstream website, including a checklist of things to have prepared -- new to this year is a video submission, so stay tuned for more details on that!

A couple weeks ago on this column we highlighted Portland songwriter Mo Troper's dynamic single, "Wicked". Now Troper's back with another killer sample of his upcoming record, Exposure & Response, with "Your Brand." Troper pulls no stops in addressing the tragedy of being an artist, capitalizing on tragedy to sell yourself to the masses, and the conflicting business doctrine that infects music. The surging strings and horn arrangements are invigorating, as is Troper's feverish melody. This record is going to be something special. Look out for it on November 17 via Good Cheer Records.

Before there was grunge, there was U-Men. The band has a special place in Northwest music history, laying the groundwork for the musical movement of the '90s. Tomorrow Sub Pop will unleash unto the world a new self-titled anthology of the band's out-of-print records as well as some sweet rarities, like this previously unreleased track "Trouble Under Water." With the propulsive guitar squalls and John Bigley's iconic growl, it's no wonder many of your favorite Seattle artists were inspired by this group.

November 4: Hobosexual (Album Release), The Black Tones, and NighTraiN at The Crocodile 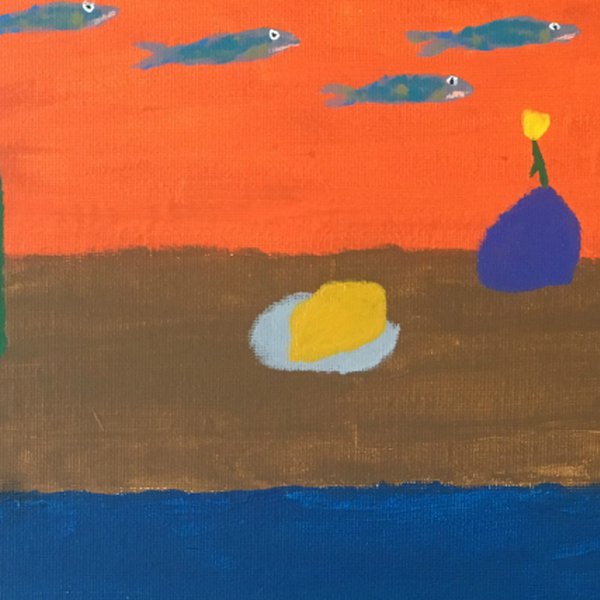 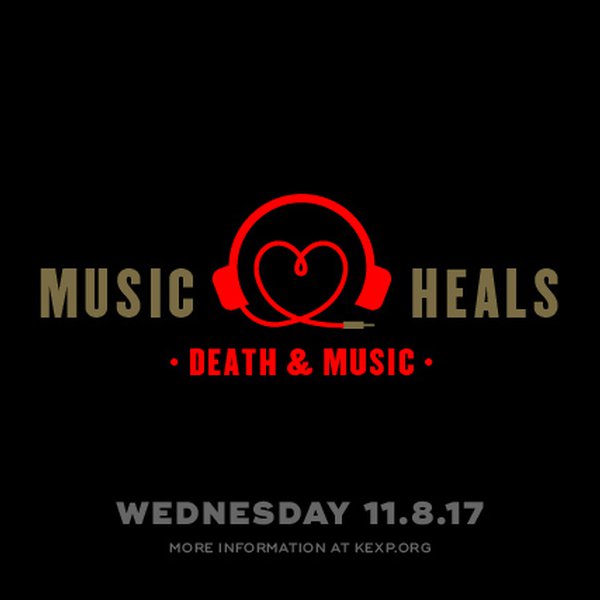 Death & Music Artists Reflect on Songs for Coping with Grief

Tonight, KEXP will open the Gathering Space for the fourth annual Death & Music. It's a special event, hosted by The Morning Show DJ John Richards, that really goes beyond a traditional concert experience. It's a time to reflect on grief, on the people we've lost, and heal with our community.... 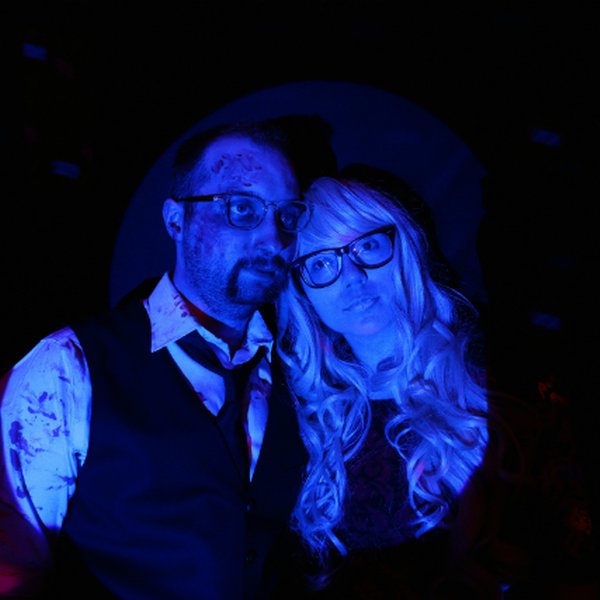 There's something about the booming sound of an analog synthesizer that excites the imagination. Decades of filmmakers and composers have utilized the mesmerizing power of these instruments, from John Carpenter to Vangelis all the way through Hanz Zimmer and Cliff Martinez. So it made sense that ... 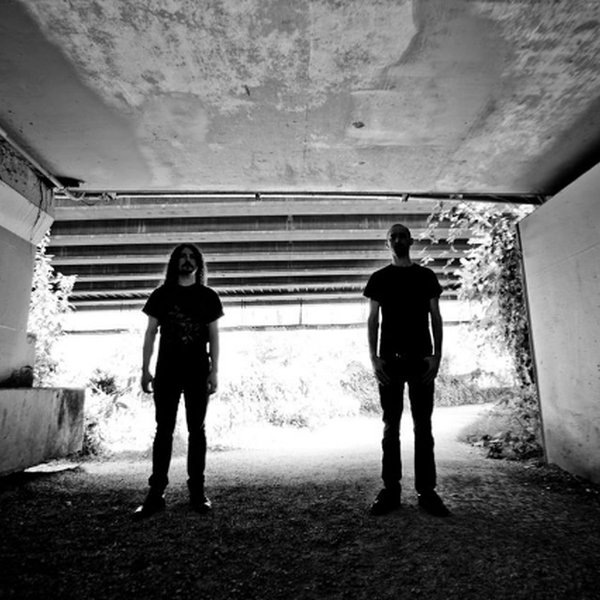