Wow, what an unbelievable end to a great day of live music. Day one of the Airwaves broadcast live from Kex Hostel closed with a bang as we welcomed Iceland’s favorite new live act Hatari. Icelandic for "Hater," Hatari was formed by Klemens Hannigan, Matthías Tryggvi Haraldson, and Einar Stéfansson as a band and a multimedia project in 2015, and have been taking Iceland by storm. Their performance style is at least as important as the music itself, if not more so. With elaborate costumes, and a jarring performance style, their vibe is cinematic, but definitely not in the way that term is typically used to describe Icelandic bands—what they evoke is more Bladerunner, Hackers, and Hellraiser than any scene in Game of Thrones. Hatari is about death, consumerism, and the changing world, their costumes serving as a challenge to the common conception of what makes art and artists “marketable.” As they told ruv.is earlier this year, they choose instead to “scream so somebody hears you.” They are careful about what media they allow themselves to participate in, preferring to stick to producing film, media, and performances themselves.

Before the show, one Icelander described Hatari shows as “like getting punched in the face, but you like it,” and it was possibly the most accurate description I've heard of this band thus far. Their show is aggressive, loud, and transgressive. It fights your gaze, but you're not able to tear your eyes away.

The crowd was with them from the first moment. The set began with two shirtless muscular men taking the stage, and staring stoically at the crowd (where they stayed, unmoving, for the entire performance) as Einar, the masked drummer, slowly played doomey spaced out drums, building to a fervent crescendo. Jumping into their acerbic social criticism right from the get-go, they cut to a speech by an 11-year-old girl. "We are Hatari, we are all Hatari. We are the product, we are the consumer, we are the knife, and we bleed, we are the chain, and we are the dog, we are lied to, and we are the liars...we are the screamer, we are the echo, and we are the chambers."

The set was bisected by an anti-consumerism speech given in Icelandic. Matthías was shouting thunderously, punctuated by dramatic silences of increasing length. The crowd didn't know what to do with it, laughing nervously at the exaggerated pauses before Klemens began his portion of the speech, sighing speech serving to contrast, building into an echoing shout. The crowd was confused, but committed all the same. The set built in intensity, ending the set to thunderous applause and awe-struck chatter from those of us lucky enough to be there.

Join us tomorrow for day 2 of the Airwaves broadcast, beginning with prolific Icelandic songwriter JFDR, live at 1pm local time, 6am PST/9am EST. 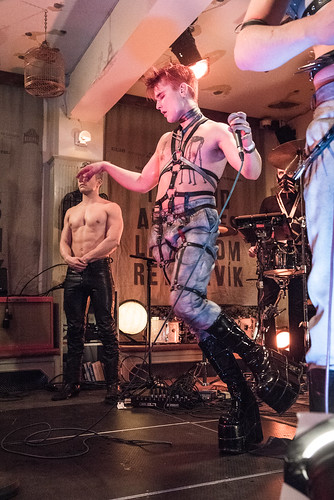 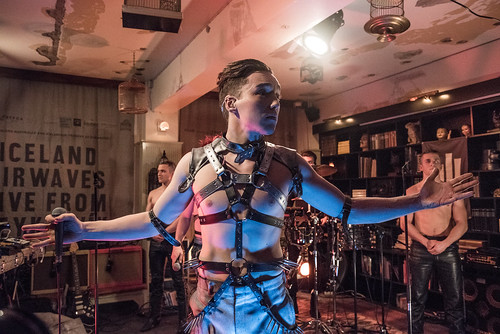 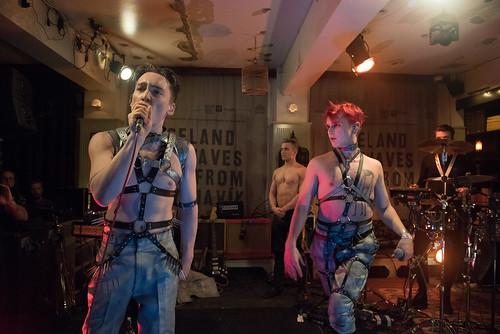 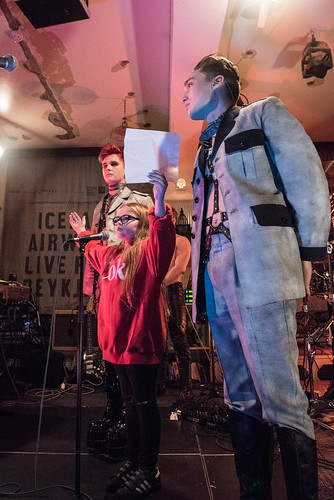 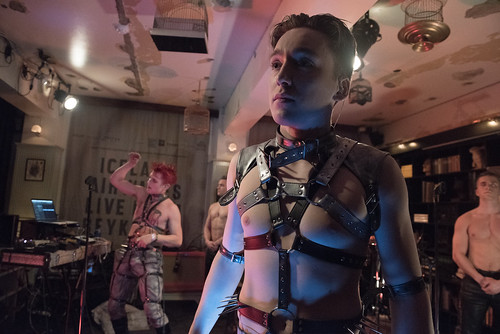 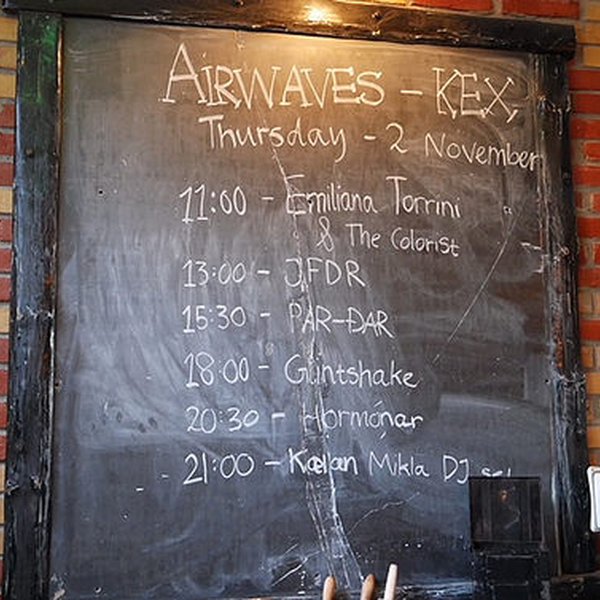 Another day, another dollar (or is it another krona?). While I'm not quite sure what the conversion rate is for days and poorly-executed metaphors here in Iceland, one thing I am sure of is that we are bringing you another incredible day of live music here at Kex Hostel during Iceland Airwaves Musi… 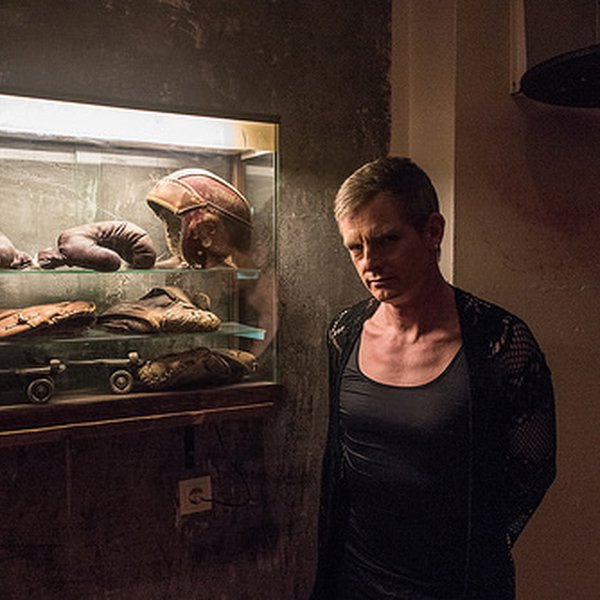 Next on KEXP’s broadcast live from Kex Hostel at Iceland Airwaves Music Festival was Icelandic electronic band Gus Gus. Formed in 1995 by filmmakers Stefán Árni and Siggi Kjartansson as a film group and acting collective, the group’s purpose quickly changed with the addition of programmer Biggi Thó…