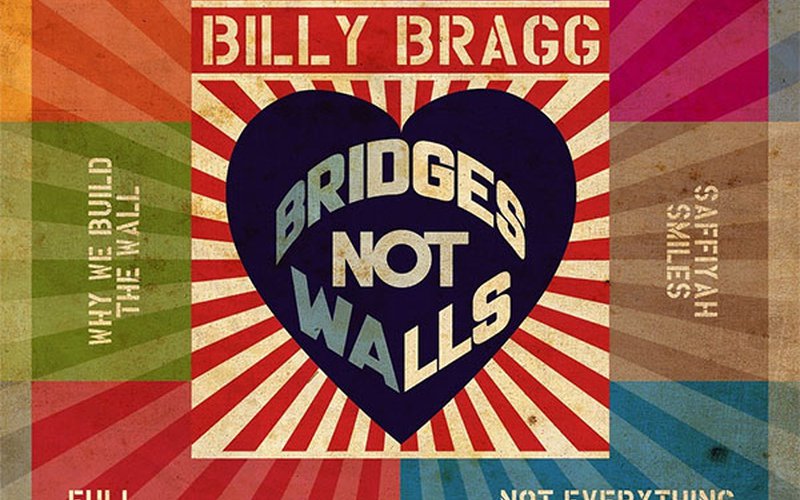 When faced with the same global turmoil that has left so many people feeling unsettled and bewildered, Billy Bragg asked himself this question: “What’s a singer-songwriter to do when events keep challenging the way that we see the world?” His answer was to write, record, and release his musical responses as soon as they were ready, a process that took the 59-year-old back to his roots as a protest folkie in the 1980s. (Most tracks were released one-by-one over the summer via Bragg's social media channels, with two additional singles.)

It’s remarkable that Bragg found the time, being so busy with projects like Roots, Radicals, and Rockers: How Skiffle Changed the World, his fascinating book about the under-heralded influence of the pre-rock skiffle craze on the British sounds that followed. But he was clearly energized: not since the Bard of Barking’s salvos against the hypocrisies of the Thatcher era has he released songs as pointed as the six that gradually arrived last summer and now fill his new EP, Bridges Not Walls.

Inspired by the famous Goya etching, “The Sleep Of Reason” is Bragg’s lament about the rise of rage and rancor in an era when “the levies that protected truth can no longer hold the flood.” In “Why We Build The Wall,” he unpacks Candidate Trump’s favorite catchphrase to reveal an underlying cause of anti-immigration sentiment: other people’s poverty. Closing the EP with a consideration of conditions in his own country, he adopts the voice of a Brexit voter in order to shed light on the fears that fuel bigotry. As he sings in “Full English Brexit,” “I’m not a racist, I just want to make things how they used to be/But change is strange and nobody’s listening to me.” Such moments are a vital reminder of the compassion that’s always been part of Bragg’s potent brand of poetic dissent.

Bragg is taking the EP on the road, performing in "one-man Clash mode," as his press release states. The set-lists will span his 30-year career, including "some pertinent covers by his heroes and mentors and some freshly minted songs about the state of the world." The European tour kicks off tonight, Friday, November 3rd, with a performance at Fríkirkjan, a church in Reykjavík, as part of the Iceland Airwaves Music Festival. Bridges Not Walls is out now via Cooking Vinyl. 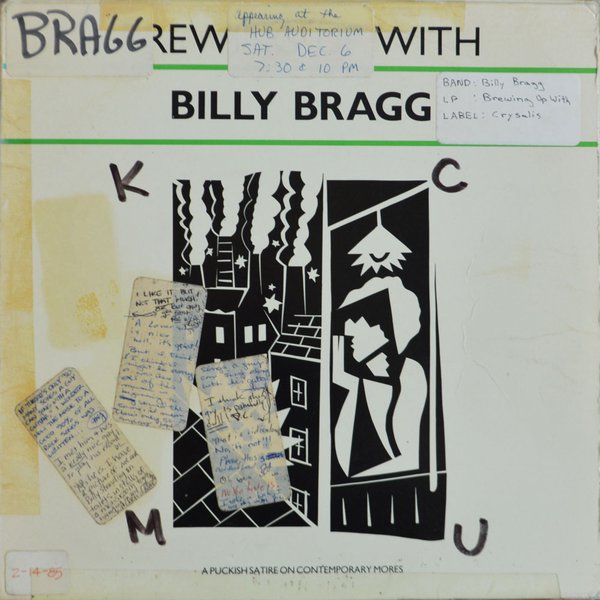 This week's Review Revue revisits Billy Bragg's 1984 LP Brewing up with Billy Bragg. See what KCMU DJs thought back in the day.