Master filmmaker and composer John Carpenter just doesn't know when to slow down. With almost 4 decades now separating him from seminal films and soundtracks like Dark Star, Assault on Precinct 13, Escape from New York, Halloween, and The Fog, Carpenter is looking to expand his repertoire. 2015 marked his entrance into electronic music scene with his first ever album of non-soundtrack material, Lost Themes, promptly followed this year with the sequel Lost Themes II. With the second record came an announcement of John's first ever live music tour, alongside son Cody Carpenter and godson Daniel Davies (son of Dave Davies of the Kinks). The tour will feature music pulled from all of Carpenter's most famous films, as well as the two new albums. Just last week, he posted an in-studio performance of the theme from Escape From New York, and it is enough to get anybody excited (watch below). This week, John Carpenter kicks off the tour in Los Angeles before heading to Europe for stops including the spectacular Primavera Sound in Barcelona. After that, John will kick off a proper US tour right here in Seattle on June 14. You'll want to be there, and you can grab tickets here.

We got the splendid opportunity to interview John about the new album Lost Themes II and the upcoming tour. Read our conversation below:

KEXP: Thank you again so much for giving us the time to do this interview! Here we are, a week out from your debut show in LA on the 20th. How does that feel?

JC: Nerve wracking, exciting, wonderful, all of those things at the same damn time.

KEXP: I got a chance to hear the live band’s rendition of Escape from New York that they released this week and it sounds absolutely fantastic with the five person setup you have going.

JC: Then there’s three others, essentially made up of Tenacious D’s band.

KEXP: That’s fantastic! How did you and Cody and Daniel all working together kind of decide on the specifics town that you were going to use to revisit all these old themes? The sound of the Lost Themes records kind of picks and chooses bits and pieces of all your different eras of music.

JC: We listened very carefully to the originals. In the case of Escape from New York, we listened very carefully to it and then went shopping for the sounds, sounded a great deal like it. There is one particular redux that we did that is called Assault from Precinct 13. It’s from an early film of mine. I used a mellotron in the old recording but this time we got close to a mellotron if you know what I mean - just close. So just things like that to just try give it the same general feel but obviously it’s different, we updated it. It was fun to do, it’s a lot of fun to revisit those things. And they’re easy to play because I’m not much of a musician, especially live. (laughs)

KEXP: Well, you know, that always makes it easier, right?

KEXP: You’ve worked in both soundtracks and cinema for so long, is it weird to now be working and planning for this tour in more of a theatrical, onstage vein?

JC: It’s just different and fun. For instance, for several years, but developing with my wife a comic book which is really different. That’s about a different a form as you can get. So it’s really great to branch out from cinema, you know?

JC: Yeah, and Asylum is another one. So, we’ve done a couple of comics, we’re going to have a couple more too. It’s real fun. I’m digging all of this!

KEXP: And getting to play all the new material from Lost Themes and Lost Themes II, that must be fun mixing it with the old.

KEXP: I saw that on your social media a couple of weeks you had polled fans to see which of the themes they were particularly excited about hearing on the tour. Were there any choices of theirs that really surprised you guys or did you kind of have the best of the best in your repertoire already?

JC: A couple of things from Lost Themes I & II surprised me, really surprised me. Some of the more complex things and I go wow, I don’t know if we’re going to be able to pull that off. But it’s all good. None of it surprises me, everything surprises me. It’s crazy. What am I doing at my age doing this shit? It’s unreal. (laughs)

KEXP: You’re making a lot of people very happy, is what you’re doing.

JC: I hope some people will come and see the show. I don’t know. I just have the feeling that some places they may not. I mean I hope they will.

KEXP: I’m actually not particularly surprised to hear that, that’s a lot of the Lost Themes material is being requested these shows. I have listened to you and reviewed both of those records for KEXP and I absolutely love them. It’s crazy how they mix the different eras of all your career into these different pieces where songs like “Distant Dream” and “Dark Blues” off of the new one can sound much more like the Americana-tinged work that you did on They Live and Big Trouble in Little China and then a lot of the stuff on the first record sounds more like Assault on Precinct 13 and Escape from New York. I love how those two records bring all the sounds together so well.

JC: Thank you. That’s really nice. I just hadn’t thought of it that way. We’re just making music. KEXP: With [Lost Themes II], I understand that you, Cody, and Daniel were all working in a much closer proximity making the record, is that correct?

JC: That’s right. That’s exactly it. We were all here in town together. KEXP: Did that end up giving the second record a significantly different feel?

JC: It has a somewhat similar feel I think, but it was just a whole lot more fun. They were all here and present to be able to do it. It’s, I don’t know how to put it to you, our collaboration together, our playing and recording... it was just much more of an immediate and that was different. That was better, well, different. It’s more fun than the first one. I’ll put it that way, different.

KEXP: With both of the Lost Themes records and the [upcoming] newly recorded classic themes, all these are getting released on the Brooklyn indie label Sacred Bones. At KEXP, we really like Sacred Bones. We play a lot of their artists, including Zola Jesus who actually helped out on the Lost Themes remix album. Is there a kind of an interesting story about how your relationship with Sacred Bones began and when you decided that this was going to be the home for your new project?

JC: It wasn’t me deciding. The whole thing started with my son and I were sitting here in the house and we played some video games and then we go record some music and then come back and play video games. We recorded some music and over a period of time we came up with roughly 60 minutes, I’d say, of soundtracks samplers. Sounds and little bits and snippets of soundtracks that were for movies that had never been made. My son went to Japan to teach English. So I’m sitting around and I decided to get a new music attorney, so I hired one and she said, “What have you got, anything new?” I thought well, okay, I guess I can show her, let her take a listen to this, so I did. A couple of months she called me back and said, “Well, you have a record deal.” And I thought, “What the hell, what’s going on, this is great. This is easy.” So that’s literally how it happened. It was very strange; I love it though. It’s great. Sacred Bones is just wonderful, they’re wonderful company. They care about what they’re releasing; they care about the music, and I’m having a blast with it. KEXP: Yeah. I’m not surprised it was so immediate, taking it up and wanting to put it out. It just feels like a lot of this music that you create with this just incredible atmospheric feel has a really timeless quality to it. For example, Gaspar Noe, just last year in his new film Love, he used both the Lost Themes track “Night” and the theme to Assault on Precinct 13 in that movie. [The themes] just don’t age. They’re eternal pieces of music. What is it about them that just makes them this kind of ageless medium for mood?

JC: I don’t know, I really don’t know. I haven’t seen this movie yet but I just heard there’s a lot of sex in it. (laughs)

KEXP: I heard that too.

JC: Which I find hilarious. I don’t know why it’s, that this music is ageless, I don’t know if it’s ageless. You are asking a question that I’ve never really thought about. I don’t know what that means exactly, but I’ll accept it. It sounds good.

KEXP: Without spoiling any real surprises, is there anything we can expect from the presentation of the live shows that’s going to be super exciting to fans?

JC: There might be. There will be visuals. I’m not going to say much more than this.

KEXP: That’s fair. I wasn’t expecting too much on that one, I’m excited and I’m sure there are plenty of other excited people out there too.

You can see and hear what John Carpenter has in store as his 2016 tour begins this Friday in Los Angeles. He'll be at the Paramount Theatre in Seattle on June 14. Tickets for that show are available here, and all others here. 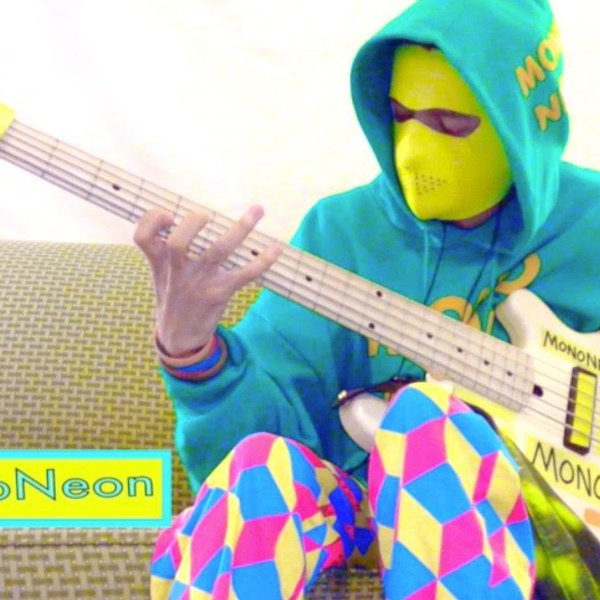