UK post-punk legends Modern English have truly figured out the perfect way to retain their punk roots 35 years on from their biggest hit. What's the most punk way to fund a new album from the original lineup of the band that gave you timeless new wave classic "I Melt With You"? Probably go on tour and play only songs from before that record came out, mystifying all lovebirds and passersby alike with a real throwdown of a classic set. Yes, Modern English kicked off their Mesh & Lace tour playing almost exclusively material from the 1981 album of the same name. Mesh & Lace was the band's debut LP on 4AD and one of the absolute best offerings of 4AD's outstanding 1981 catalogue, and it was a priceless treat to get to hear all of these ageless tunes at Neumos tonight. Together with Olympia post-punk act Underpass, Modern English melted for no one with a blistering post-punk set of deserved classics turned up to earsplitting volume. Their tour kickoff was a riveting success. If Modern English is coming to your town, go.Olympia band Underpass are the kind of 2016 post-punk band that deserves to be opening for Modern English. With their latest record Assimilation, they capture the effect of their late 70s heroes with excellent form. To start, it's the balance of the textures. Spare guitars and spare bass over a simple drum and snare combination lay the framework with little filler. But adding in the Robert Smith-esque vocals and the top notch songwriting, and you have an excellent recipe for atmosphere and impact. Underpass do it all with style. The groundwork they set for this evening was stellar, and by the time Modern English took the stage, the crowd was primed for the 1981 setting with ease. 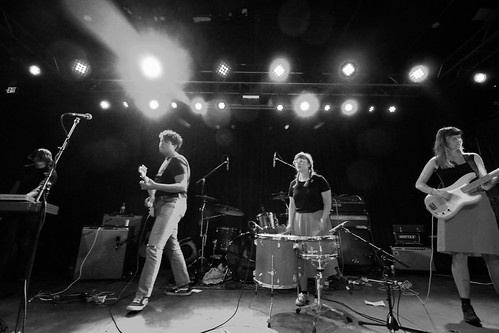 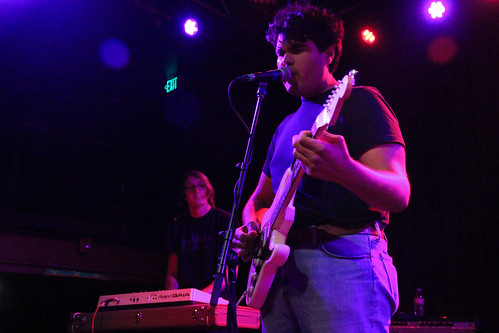 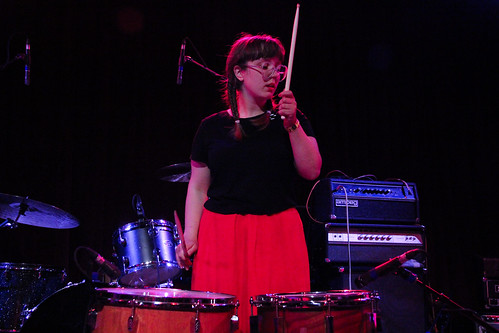 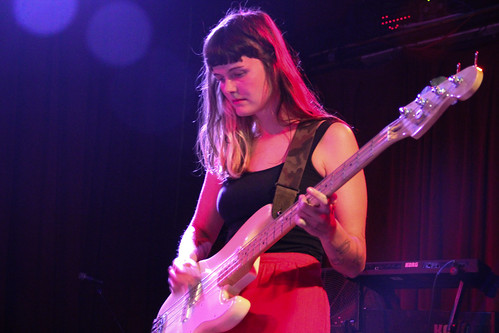 During the band's setup and soundcheck, lead singer Robbie Grey knelt down by his mic stand, organizing guitar pedals on the floor. He looked straight at me with a maniacal smile. "Are you ready for some noise?" he grinned. I nodded, looking like an idiot. Yes, yes I was. Modern English's early 4AD is some of the most ruthless post-Joy Division rock and roll you'll hear anywhere. Tunes like "Swans on Glass" and "Smiles and Laughter" are why post-punk exists: capturing the neurosis of an aimless present when even the culture you are trying to counter is finding a way to sell your product to their benefit. Thankfully, on 4AD, Modern English were in good company (as their work with This Mortal Coil alongside Cocteau Twins and 4AD founder Ivo Watts-Russell himself shows), and they were allowed to make music that captured the atmosphere of the time with style and fearlessness. A year later with second album After The Snow, Modern English expanded on their sound and looked forward to the trending shift towards new wave with a doubtful eye. Sure, "I Melt With You" was present on the record, but it was an anomaly next to the post-punk excellence of "Life In The Gladhouse". In their years on 4AD, Modern English thrived as a staple of the post-punk scene, and with their Mesh & Lace tour, they seem dead set on emphasizing that position.

"Dance of Devotion" kicked off the set with a bang. As Gary McDowell ripped into one guitar lick after another, Grey smiled out at the crowd. "You didn't know how much I needed you" he howled, "You didn't know?". It's a question, posed to the audience with brutal honesty. The end of the band's first record makes for a spectacular entrance point 35 years later. "You didn't know?!" he emphasizes, this time, with fervor. Surely, we didn't, and for the next hour, we're going to get a splendid reminder. "Swans on Glass" follows, after which comes the first ever US performance of both "The Token Man" and "Grief". The double-shot of droning post-punk grime is fantastic. Only fifteen minutes into the show, and we are realizing the full brunt of the impact of Modern English's brilliant debut. In "The Token Man", we get Robbie Grey's take on "She's Lost Control". It's a senseless bout of necessity, perpetuated in the form of the common worker bee, navigating his life with the grace of a farm animal. In "Grief", we get post-punk anxiety in its full form, bringing side A of Mesh & Lace to a standstill with its anxious contemplation. Truly, Modern English are not at all afraid of the misconception some listeners might have with what they present here. The songs speak for themselves. Once you hear these epics in the live setting, you see that this is real band behind the songs.

Once "Grief" ends, Grey decides it's time to spice things up. "A Viable Commercial" followed quickly with "Move In Light" starts a proper mosh pit. The energy builds steadily through the brilliant medly of "16 Days" and early single "Gathering Dust". The band make it through the entirety of Mesh & Lace and then some before exiting the stage to welcome in the encore. Once they return, it's time to take the crowd to soaring heights. Modern English continue the great post-punk tradition of Bowie covers (see: Bauhaus, etc.) with an excellent rendition of "Jean Genie". The crowd loves every minute of it, and the band visibly shows some appreciation moving from their post-punk drudging to the playful sexuality of the cover. Then, it finally happens. After a rousing rendition of "Swans on Glass" B-side "Incident", Grey gives way. "Alright, next up we're playing that song". The crowd cheers and the melody begins. With the rock-heavy instrumentation, "I Melt With You" sounds reinvigorated. Here at Neumos, it's not a toothless new wave sugar snack, but a burning fire ready to incinerate anything in the way of love. Grey rolls his eyes as he strums the acoustic guitar. He leans into the end of the first verse, making eye contact with the die-hards in the front row. "(Never) Really knowing it was always... Mesh & Lace". The last three words get some extra emphasis. After tonight, we'll never doubt it. It was always Mesh & Lace. 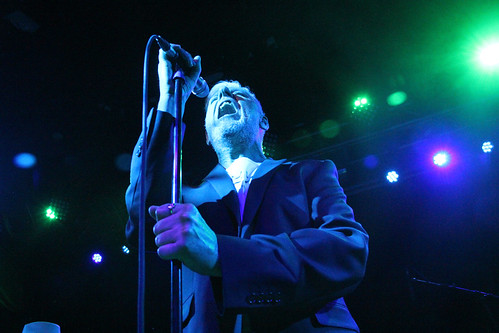 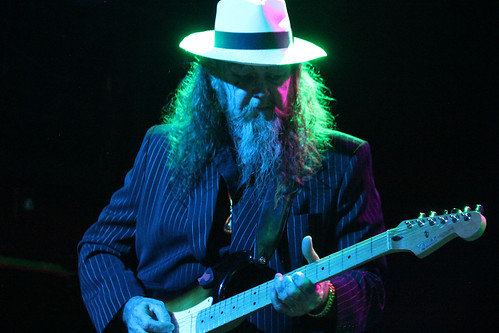 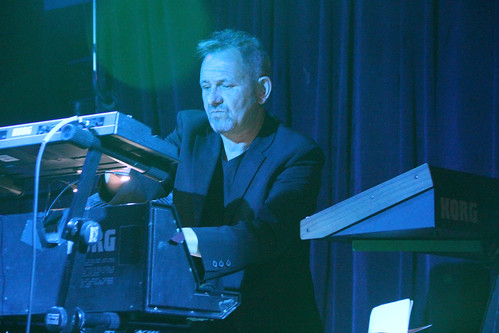 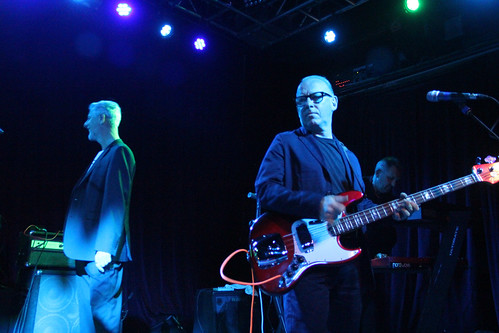 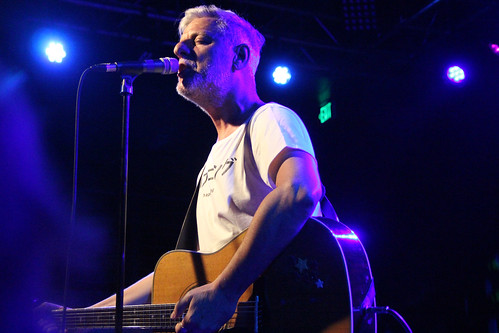 Reissues of Mesh & Lace and After The Snow are due out at the end of this month! Meanwhile, check the Modern English Facebook page for news on their upcoming new LP. 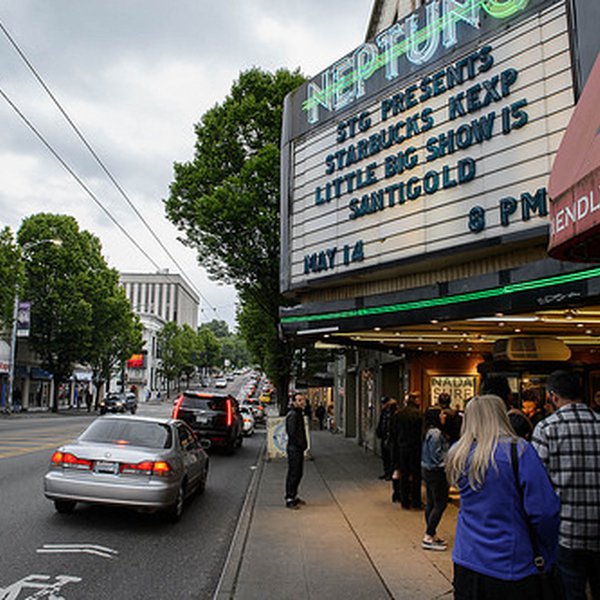 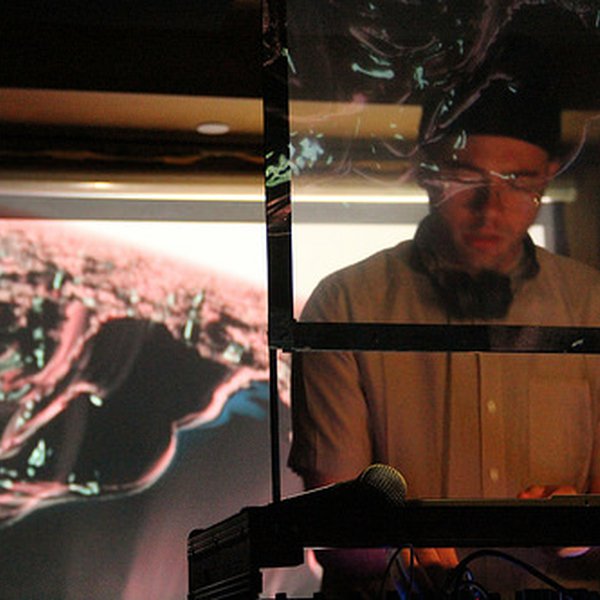 If Brooklyn producer The Range and Atlanta rapper Rome Fortune have any one thing in common, it's an unfettered line of sight towards a marvelous horizon. Both artists make music that is wrought with present-tense turmoil, but the future always looks brighter - and not only that, it looks magnanimo…