Brooklyn synth-pop duo Prince Rama ask their audience a simple question halfway through their new LP, Xtreme Now. "When was the last time you had fun?" On the record, it's supposed to be a question about belief, about conviction, and about our response to that in a positive and nourishing manner. In a real life response, that's an easy answer: it's when we saw Prince Rama tear the roof off of Barboza last week. Man alive, there were dragons and glitter and crowdsurfing and swords - too much to take in with only five senses, that is for damn sure. If you are unfamiliar, Prince Rama are an existential pop band who sing about self-actualization in a post-modern future reality and kind of look like the backing band for Khan's warriors from Star Trek II. Their new album, Xtreme Now, is their best yet, and taking it on the road, the Larson sisters also take their live show to dazzling new heights. Together with the intrigue and mystery of Captured Tracks singer Dinner, Prince Rama gave us something fun to believe in.Captured Tracks singer Dinner (Anders Rhedin) dropped his first full-length just two weeks ago, and the sticker quote on the front cover is almost as noteworthy as the sounds contained on the record. It comes from labelmate Mac DeMarco: "Great face, great body, great tunes". And Mac should know - he took Dinner on tour with him last Spring (he hit the Neptune with Dinner last April and jumped off a balcony). Furthermore, Mac isn't wrong. Rhedin's longing stare is second to none, and could likely make a snow leopard cry. Furthermore, the way he moves on stage - especially here tonight on immaculate display at Barboza - is unlike anything else you'll see in the next few months. Starting with a group stretch and heart rate exercise, Dinner turned pretty much every one of his songs into a breakneck expose of suave calisthenics. In honesty, all of this would be enough for a great live show even if Anders wasn't a good songwriter. But the thing is, the man writes incredible, nostalgia-laden pop music, set in a spacey new wave era of TV dinner Europop and digital compression. It's not quite pop, not quite new wave or vapor wave... it's just Dinner. As old hit "Going Out" blasts over the speakers, the Larson sisters watch the fireworks from the safety of the back door, waiting for their chance to tear up the stage. It's evident that both of these artists love how the other does their own weird thing. 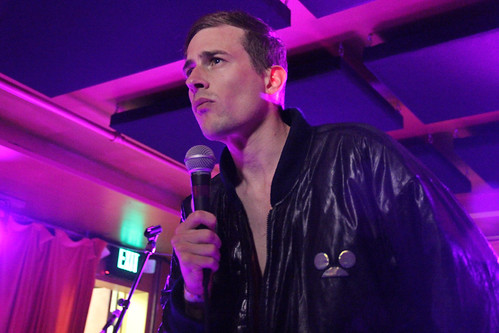 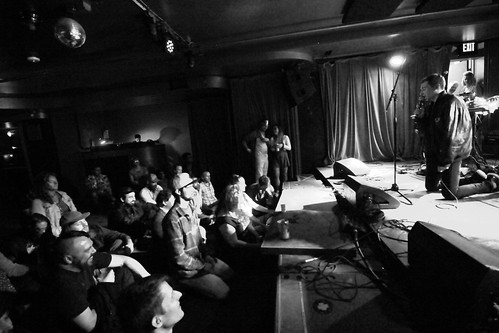 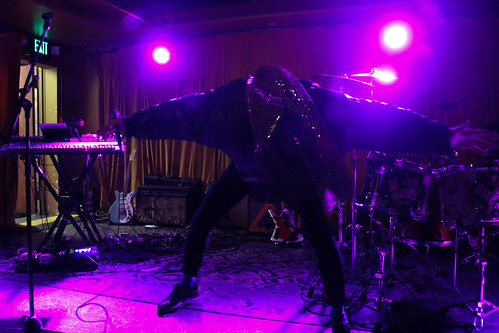 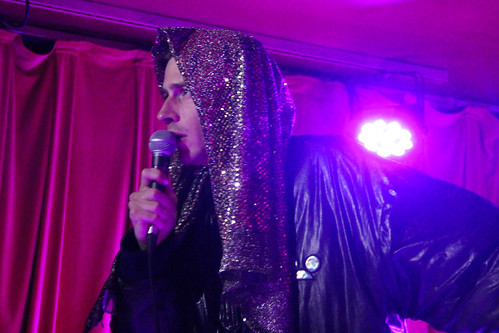 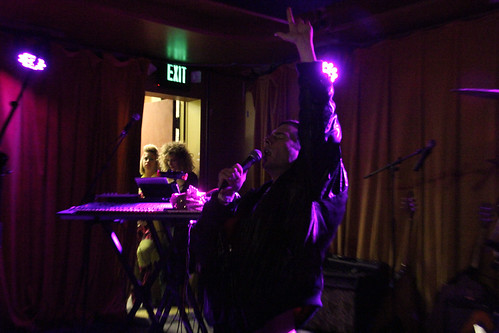 Seattle's last taste of Prince Rama's lightning was opening for Dan Deacon in support of last year's Gliss Riffer. And that was great - the band got to try out a lot of new material from Xtreme Now on a fresh crowd and wow unsuspecting fans into hypnotic submission. But it is so much of a better thing to see Prince Rama play for a crowd that showed up for them and them alone. As the lights went down, the Pirates of the Caribbean theme (or something like it) blasted over the loudspeakers and the anticipation was immense waiting for the Larson sisters to emerge and blow our minds. And then it happened. Nimai came out onto the stage, waving and screaming her way to the standing drum set, lit head to toe with neon glory. Then Taraka followed, walking to the microphone, neon lightning superhero outfit obscured by ripped denim and flannel. "Are you ready to dance with dragons?" she yells with a smile. Yes, yes we are.

Prince Rama are one of those bands that should be worshipped for their live show. This isn't a show that you ended up at with your friend. This is a spiritual awakening that you've been prepping for and now it's finally here ready to baptize you in energy drink-flavored consciousness. For Top 10 Hits track "So Destroyed", Nimai jumped from the stage face first onto the shoulders of a crowd member to be twirled around the dance pit. For "Those Who Will For Love Will Live Forever", Taraka just a full verse surfing against the front row and the knighted someone with a real sword. Being that this was Dinner's last show with the band, Taraka invited Anders onto the stage for Xtreme Now cut "Believe In Something Fun" where he stripped off the denim legging covers and the two performed steamy interpretive dance together. And by the time they got to the encore, the band was in bathrobes, invited the crowd to sit with them onstage for an "unplugged" rendition of album closer "Shitopia". This is the stuff of legends.

But truly, Prince Rama don't pull many parlor tricks with their show - the incredible energy onstage comes first and foremost from the unflinching confidence the Larsons have on stage with each other. Nimai and Taraka play off each other with ever expanding positivity. There's never a moment of misstep between them. I guess spending your entire lives together really pays off in terms of the ten thousand hours theory. Whatever Prince Rama have amassed at this point, it's enough to far surpass the amount their credited for. But as their albums get tighter and songs find a larger base on radio and elsewhere, there's no doubt that the fire caught here will soon burn much, much broader. For now, it's a basement party like nothing else you'll ever see. This is the Xtreme Now. 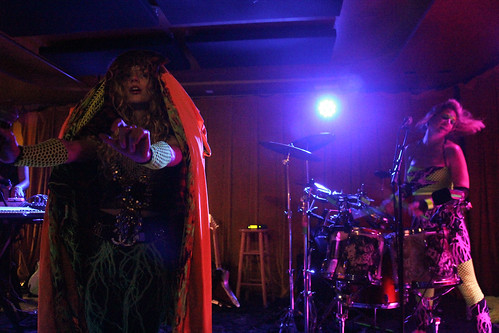 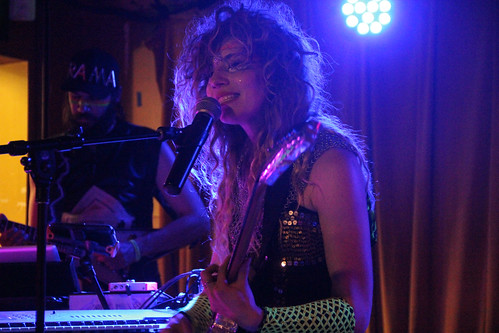 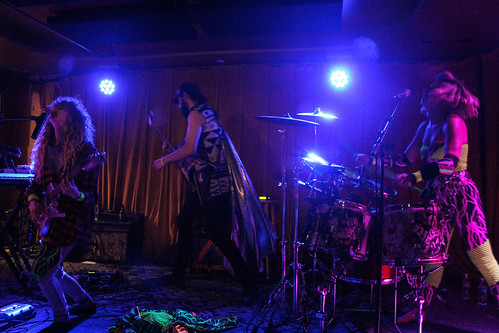 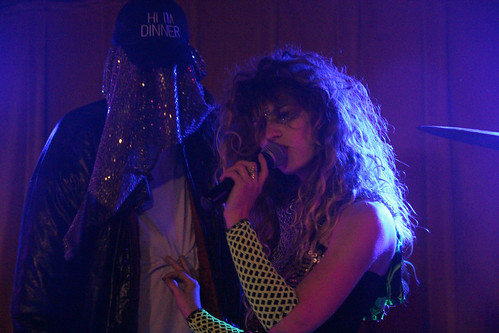 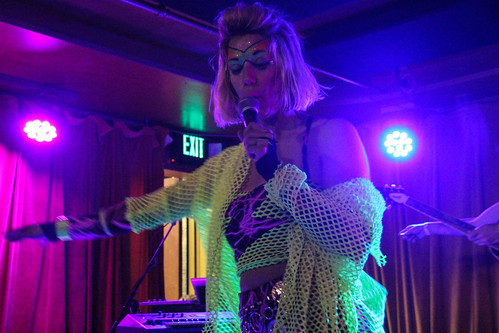 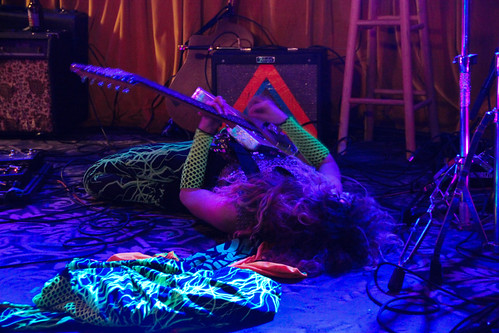 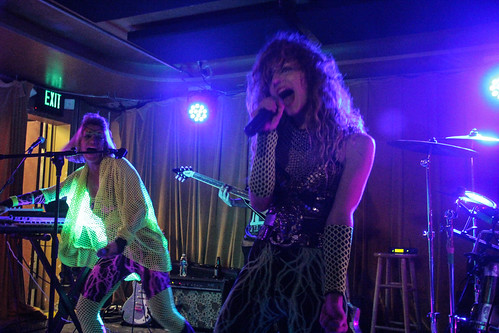 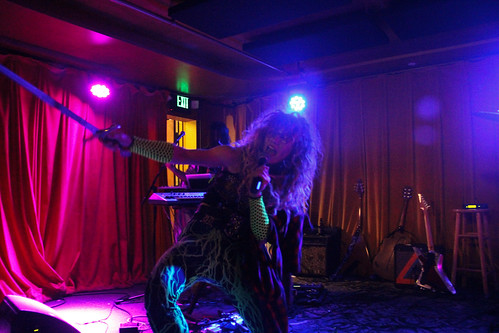 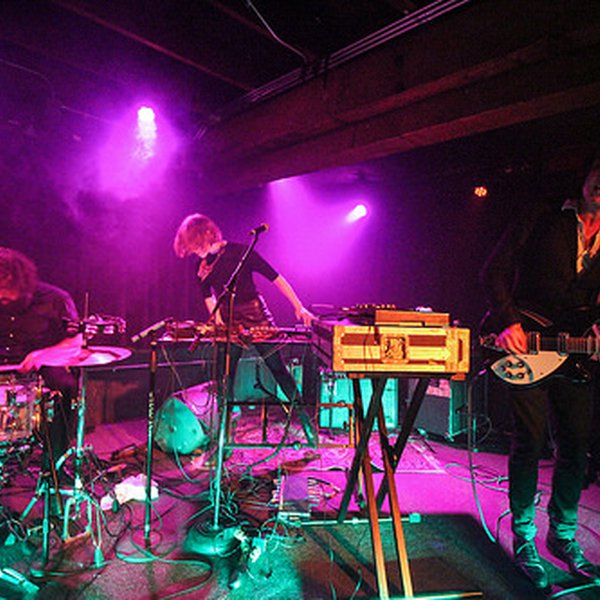 KEXP has a special love for Operators in the live setting. Sure, synth-heavy brainchild of Dan Boeckner (Wolf Parade, Handsome Furs, Divine Fits) would fit on KEXP's airwaves regardless, but we have history together. Three days after the band announced it existed, they played on KEXP and later in... 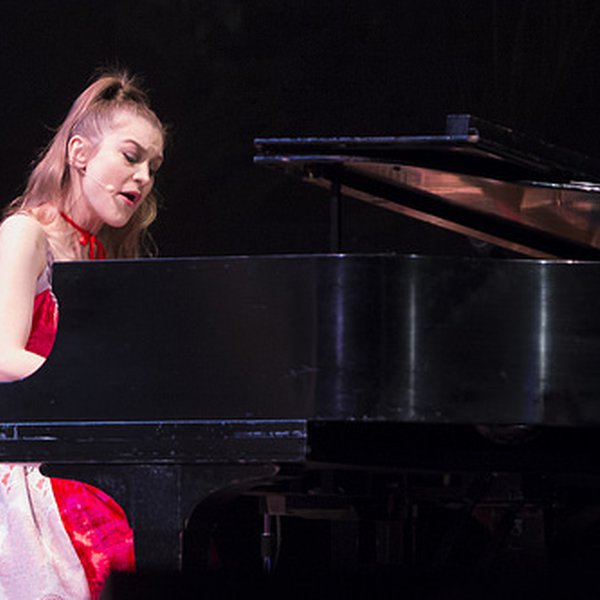 Folk - like rock, hip-hop, or jazz - is one of those elevated sub-genres on the music tree of life that’s just specific enough to conjure an immediate sound in one’s imagination while being just broad enough to have an endless array of tendrils splintering off of its hefty branch. Joanna Newsom a...