Every year, EMP's Sound Off! competition showcases emerging stars in the all-ages music scene. Previous winners have included The Lonely Forest, Dyme Def, Sol, Kithkin, Brothers from Another, Manatee Commune, Fauna Shade, Schoolyard Heroes, Tomten, and Brite Futures, just to name a few. Last week, they kicked off the first of the semi-finals with COSMOS winning round one, and Jazzy Tee as runner-up. (Runners up will be entered into the Wildcard Pool, and one of the three Wildcard bands will be selected by the EMP Youth Advisory Board to compete in the finals.)

Burien-based psych-pop band Animal Camera evoke both the dreamy, psych sound of Ariel Pink and the campy, garage rock of The Cramps. Check out a brand new track from the band, just launched this week:

Heading to town from Olympia, WA, Crews cite influences from Tame Impala to King Krule to Arctic Monkeys. The young quintet features Olympia High School alumni, and they just released their first EP last November. Check out a track from it below:

Redmond R&B artist Paris Alexa brings a playful doo-wop style to the stage. Many of her songs are done using no instruments, showcasing her intricate vocal arrangements.

Burien hip-hop talent Travis Thompson raps about everything from Tom Hanks, Horchata, and social justice. You may remember him from his chat on Street Sounds on KEXP last summer, where he debuted the track below: Tickets to Saturday's show are $14 for general public, and $10 for EMP members, youth ages 5-17, and students with ID. (Online tickets available here.) Doors are at 7:00 PM with the show starting at 8:00 PM.

This Friday, the Seattle music scene is being turned upside down with the Seattle Rock Lottery. Head over to The Crocodile at 10:00 p.m. to see how it all shakes out. The Rock Lottery, started in 1997 has become a landmark event for not only Seattle- but for Brooklyn and North Texas. 19 years later… 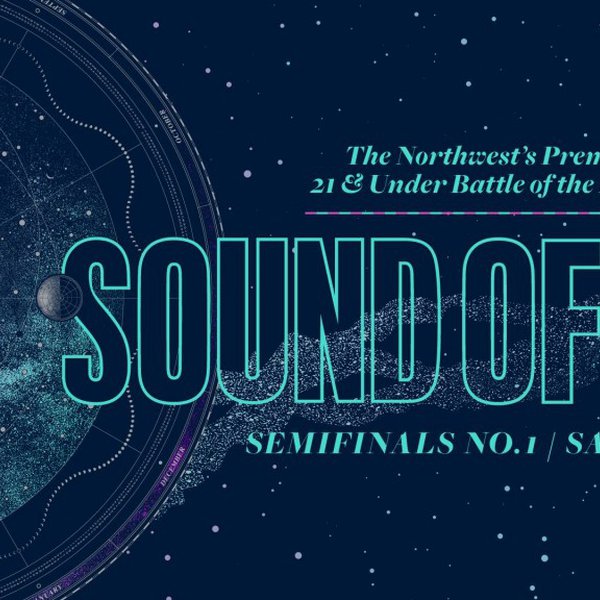