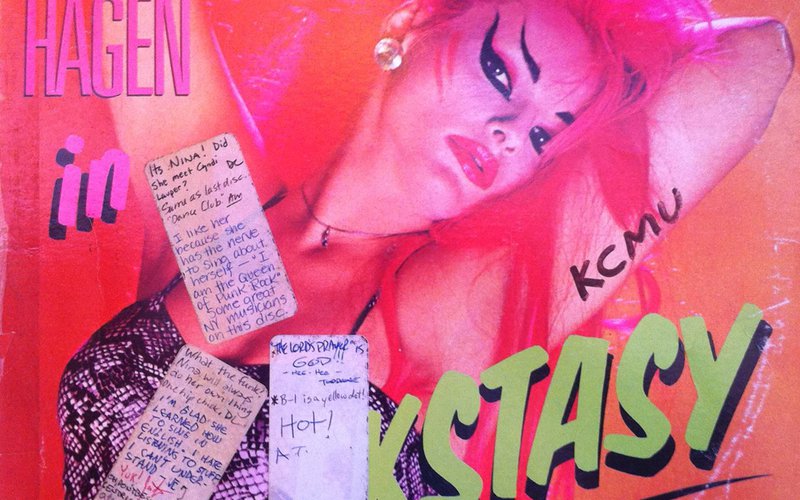 All of the recent celebration of fallen heroes is right and just and important, but how about we take a moment to laud a ground-breaking, mind-bending, genre-exploding genius who still walks among us?

Nina Hagen is one of those restless, multifaceted artists whose career and catalog can be intimidating.  With 15 albums over 35 years, tons of collaborations and compilations, a sizable film resume, including this (and what in the world is this????), plus an obvious penchant for giving zero f-words what anybody thinks of her, where does one begin? I will admit that I had no idea myself, but I gotta say that In Ekstasy seems as good a place to start as any, even though I grabbed it based on its exciting cover and the comments written upon it. It's dancey in the best mid-'80s way, it's punk rock, it's arty, it's  - well, it's ecstatic!

If anyone out there knows Nina, let her know we're singing her praises her just because - and they were doing the same at KCMU over 30 years ago, too!

"It's Nina! Did she meet Cyndi Lauper?"

"I like her because she has the nerve to sing about herself - 'I am the Queen of Punk Rock.' Some great NY musicians on this disc."

"What the funk? Nina will always do her own thing. One hip chick."

"I'm glad she learned how to sing in English. I hate listening to stuff I can't understand."

"Oh, don't be so ethnocentric!" 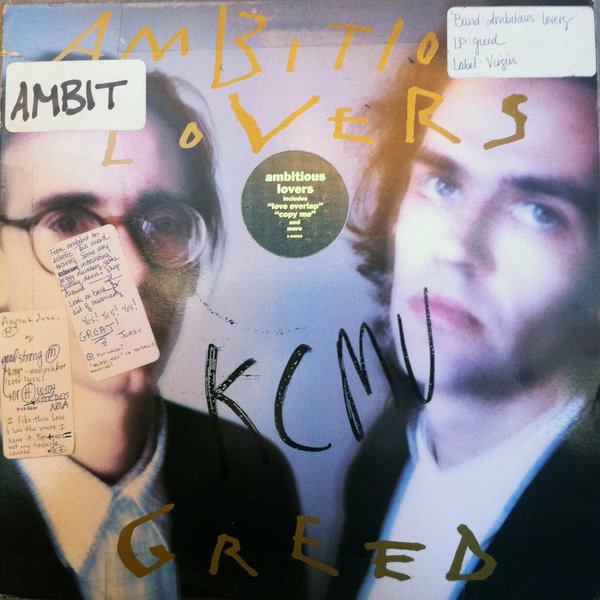 Arto Lindsay, the guitaring/singing half of the art-pop duo Ambitious Lovers, is one of my favorite - and one of the most underrated - musical artists of the late 20th century (he has gone relatively quiet in the past decade or so, although some recent posts on his facebook page instill hopes that … 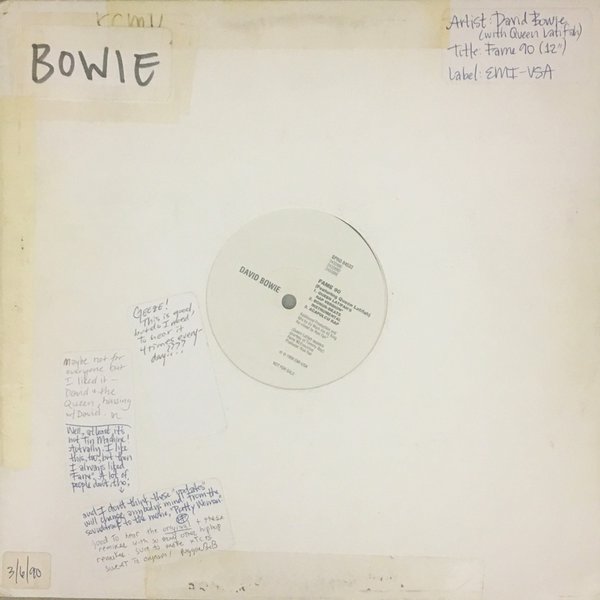 Bowie. What more can I say? I certainly don't have anything to add to the conversation that hasn't been shared much more eloquently a thousand times already. (Including, I'm sure, a thousand or more versions of the preceding sentence.) A huge loss has occurred, but it's been inspiring to see the ou…