Live Review: DeVotchKa with the Seattle Symphony at Benaroya Hall 1/12

From smaller clubs like The Crocodile and the Tractor Tavern to the luxurious concert venue of Benaroya Hall. "This is quite a step up from where we started in Seattle," joked Nick Urata, frontman for DeVotchKa, as he stared out at the expansive room, seemingly sold out from floor to third tier balcony. And it's true: when they first started in 1997 as a backing band for burlesque shows, they probably never imagined they'd later team up with the renowned Grammy Award-winning Seattle Symphony. Yet here we all were on a rainy Tuesday evening.

Before the show started, while sipping (well, gulping) wine in the decadent lobby area, I couldn't help but wonder who was here to see DeVotchKa and who was here as symphony ticket-holders, perhaps totally unaware who the band were. In either case, both sets of music fans were in for a treat. 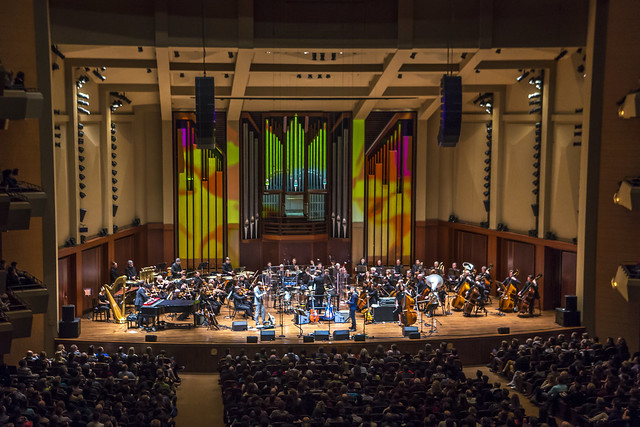 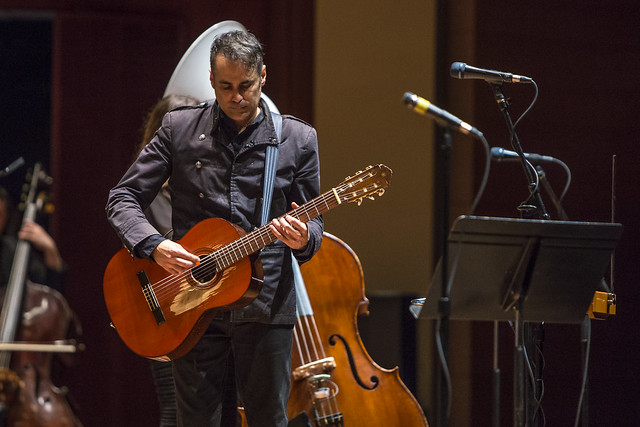 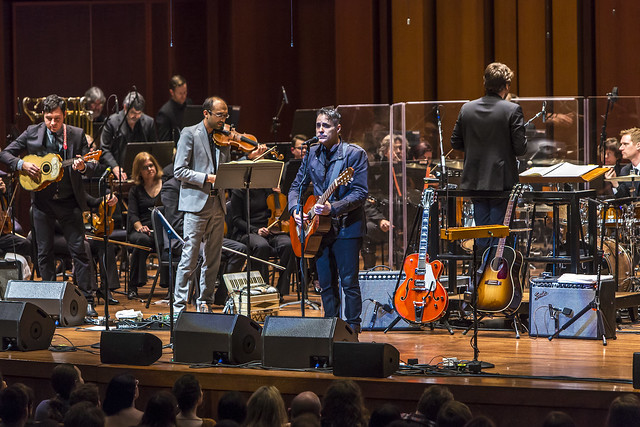 Benaroya Hall is breathtaking. It's huge, taking up an entire city block in downtown Seattle. The acoustics are impeccable. The stage was beautifully lit, with colors and patterns projected against the impressive 4,490-pipe Watjen Concert Organ along the back wall. Rows and rows of talented musicians, dressed in black, sat on stage, their instruments poised and ready. Even before the music began, you could just feel that something truly special was about to happen.

As the members of DeVotchKa took the stage, the audience roared. Each member of that once-ramshackle gypsy-punk band was practically glowing. Urata stood humbly at center stage wearing a military-style double-breasted jacket, his simple acoustic guitar battered and chipped. His bandmate Jeanie Schroder looked luminous (girl, how do you manage to play a tuba in those heels?!), and co-founding member Tom Hagerman bucked the all-black trend with a sharp dove grey suit. They looked so proud. And as they kicked off their set with "The Alley," the opening track of their 2011 album 100 Lovers, the beauty was so overwhelming... I, um, started to cry. 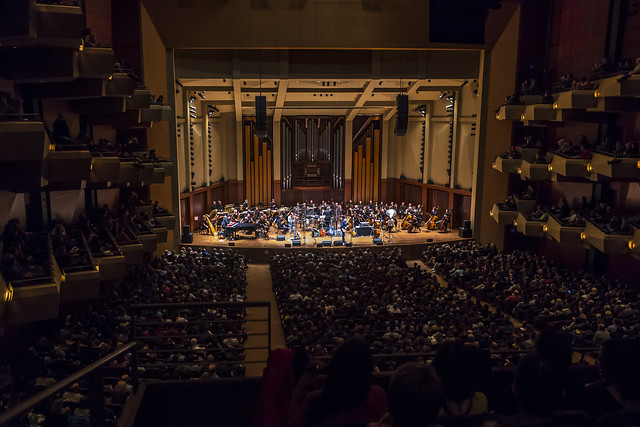 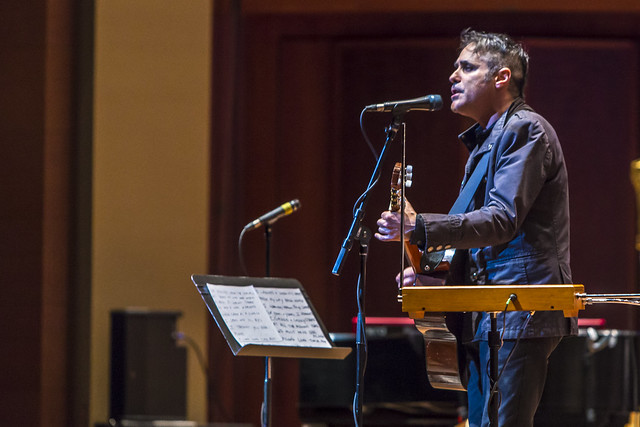 DeVotchKa have always utilized orchestral elements through their six-album discography, but getting to hear it in person, and with so many talented musicians behind them, was truly moving. I found myself with so many questions: Who arranged the orchestral parts? Whose idea was this? Who is that foxy conductor? Fans of the band will recall the band have done this before, releasing the album DeVotchKa Live with the Colorado Symphony in 2012. Have they played with other symphonies besides Seattle and Denver? What other "rock" bands have the Seattle Symphony backed before? And why didn't I go to those concerts?

As they moved gracefully from the track "This Place Is Haunted" into "Along the Way" (off 2008's A Mad & Faithful Telling), you could feel the joy filling the room from musicians to audience and back again. Nick Urata's voice truly shined, reverberating so beautifully within the hall. Was that the first time a theremin graced the stage at Benaroya Hall as the band covered the Velvet Underground's "Venus In Furs"? Is that a cowbell or a woodblock being enthusiastically struck during "Curse Your Little Heart"? Do orchestras even use cowbell, or is that too unsophisticated? Throughout the set, the Seattle Symphony kept the pace, from swooning strings to mariachi-style horns to spaghetti western-esque soundtracks. I bet they could even handle hip-hop. (And a quick Google search confirms this!) 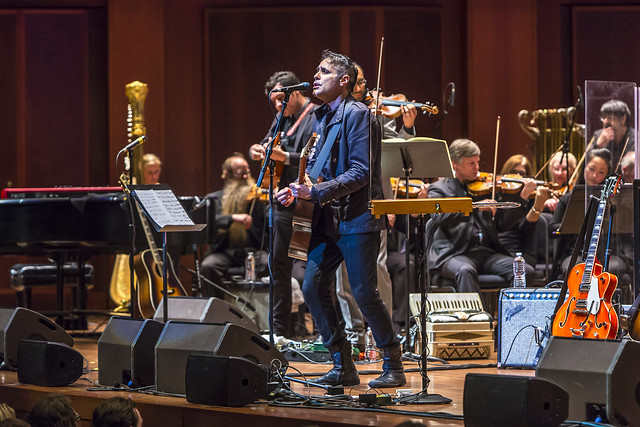 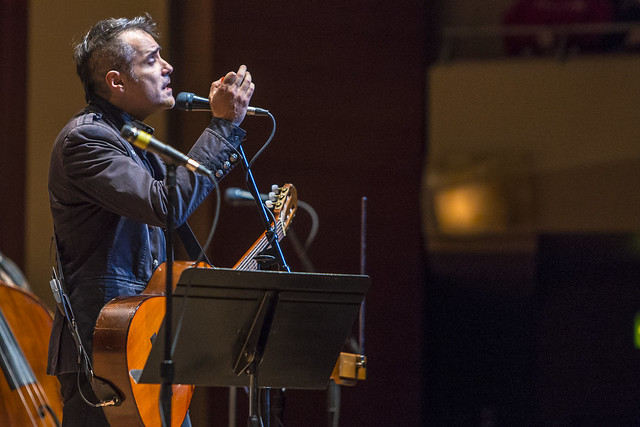 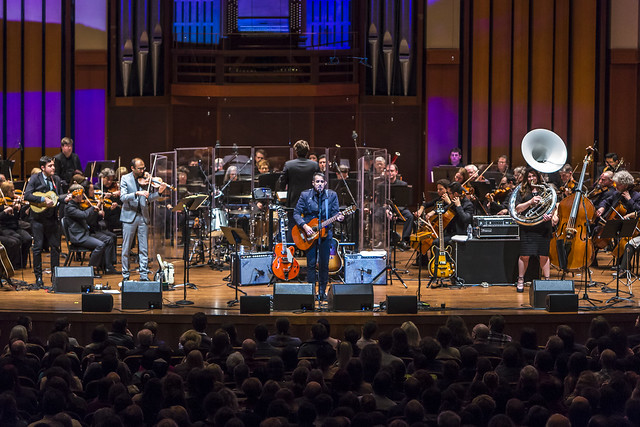 No surprise, songs like "How It Ends" took on a whole new emotional resonance. And they closed the magical evening with a fitting cover of David Bowie's "The Man Who Sold the World," with an arrangement inspired by Seattle's own Nirvana, natch. And, okay, fine, I may have cried again.

Only one question left: when will they do this again? 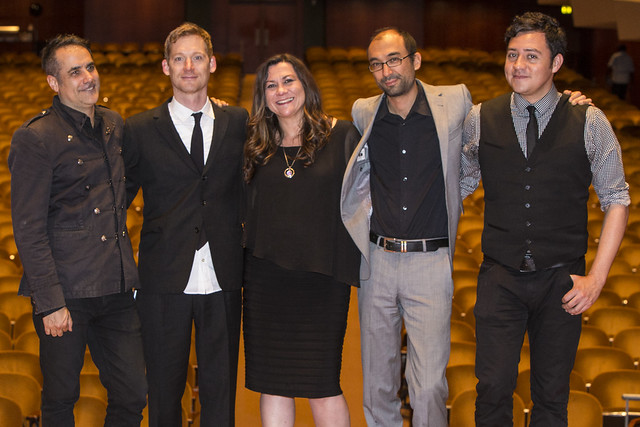 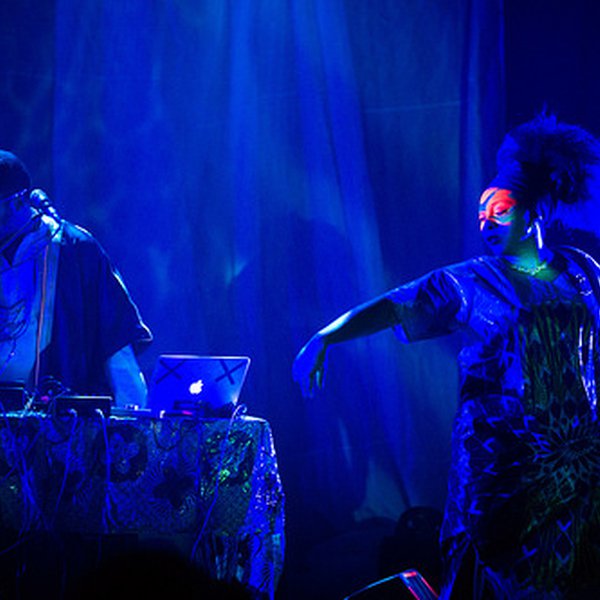 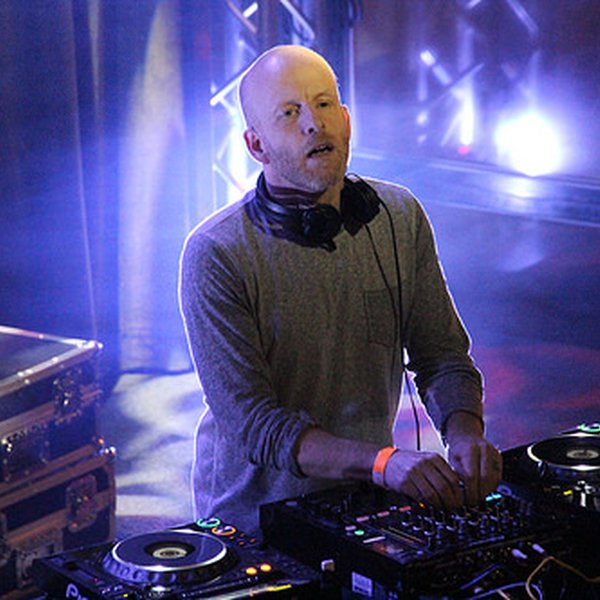 Live Review: The Juan Maclean with Marcus Marr and Pressha at Nectar Lounge 1/9/16

There are few better ways to ring in the new year than staying up until 2am dancing incessantly to furious house music. Thankfully for us, John MacLean and Marcus Marr agree with us, and this week's The Juan MacLean show at the Nectar Lounge was a pretty fantastic way to kick off another year of li…