"Everybody wants to be in a big black coat", Jeremy Greenspan sings on the title track from new Junior Boys LP, Big Black Coat (read our review, "everybody wants to have your style". Truly, few electronic bands have style like this Ontario duo. While Greenspan sings softly, Matt Didemus stands in his electronic threshold, making careful adjustments and fine tuning the cornucopia of synthesized sound pumping out behind him. For fifteen years now, Junior Boys have formed brilliant, shimmering electronic landscapes, with each album introducing us to new horizons and more vibrant textures. With their newest offering, this year's Big Black Coat, a dark venture into Detroit techno only serves to support this fact further. Tonight was a special night for the band, as this show at Neptune marks the band's first show in America in over four years! With a packed house, Junior Boys made their stateside return a dazzling one. With the help of Hyperdub wunderkind Jessy Lanza and modular experimentalist Borys, Jeremy and Matt gave us a spectacular show.Modular synthesis is not a style of music you enter for fame or glory. In the wake of vast ambient works by Brian Eno and the like, it's a detail oriented labor of love that doesn't lend itself to a lot of deep understanding. But somehow, show opener Borys found a way to navigate these obstacles with flair. Hailing from Alberta, Borys brought with him a massive home-brewed modular synth, set up in a steel gear case, presumably first designed for protecting nuclear warheads. Strewn across the rest of his table were a plethora of drum machines and sequencers, all strung together to make some serious noise. The improvised set kicked off with a ten minute drone segment before bringing in some four to the floor techno rhythms and breaking into a spontaneous dance party. The floor was evenly split between those in the bar, those in the dance circle, and those drooling over the gear setup. Given that Matt Didemus makes his fair use of modular synths in the music of Junior Boys, it was fun to open the evening by isolating the most complex element of the music and letting Borys show it off in style. 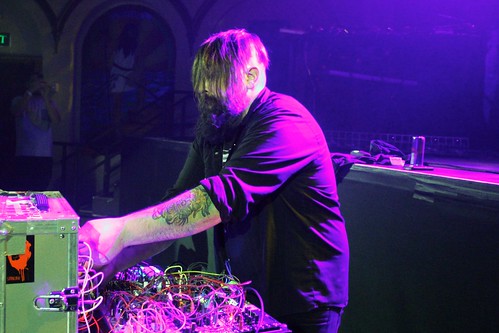 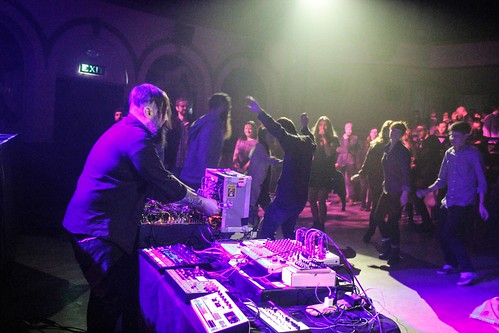 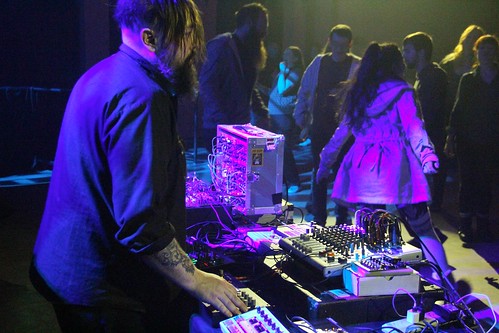 If the cold calculations of modular synthesis exist on one end of the Junior Boys spectrum, then strong songwriting and addictive melody dominate the other. This is where Jessy Lanza comes in. Her 2013 debut LP Pull My Hair Back (co-produced by Junior Boys' own Jeremy Greenspan) dropped to much acclaim, shortlisting her for the 2014 Polaris prize. Now, Lanza is prepping for a new record, Oh No, out on Hyperdub May 13, and has taken to the road supporting Junior Boys along with drummer Tori Tizzard. Lanza has phenomenal energy live. While Tizzard blasts through one pounding dance track after another, Lanza moves between a sampler, keyboard, and dynamic vocals for a compelling and infectious performance. Much like her fantastic one-off 2015 single "You Never Show Your Love" (fearing label-mates and Teklife stalwarts DJ Spinn & Taso), Lanza newer material leans heavier on R&B oriented structures, making the complexity of her arrangements all the more addicting. The Oh No lead single "It Means I Love You" makes this clear. Lanza kept the energy rolling here tonight in excellent form. 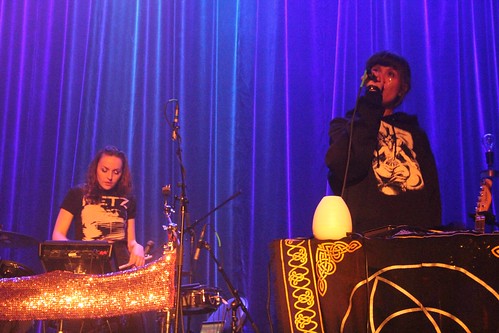 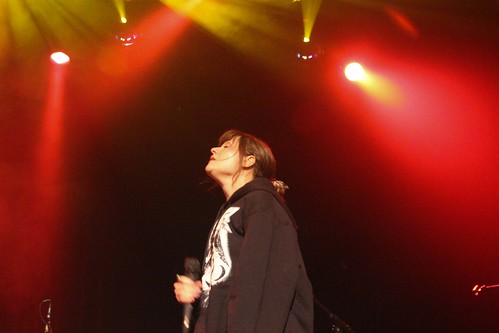 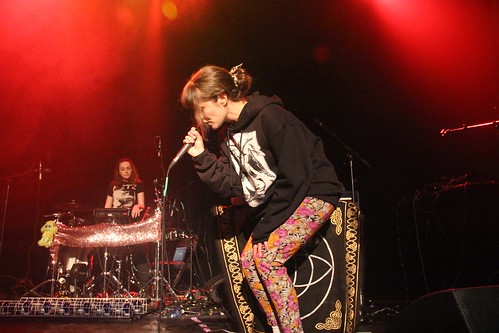 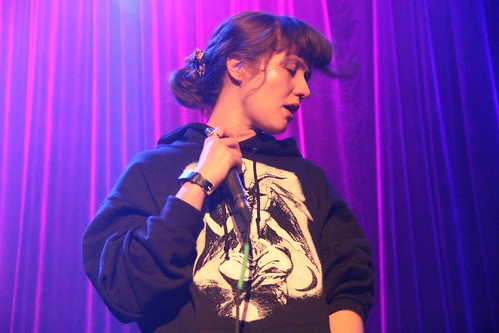 Much to the contrary of most all commercial dance music around, Junior Boys put their heart and soul into the smallest details, exposing the bones, and letting their chops show in almost telescopic ways. The band has taken the same approach to their stage setup and presentation for this show. Three sets of blue lightbulbs adorn the space between Matt and Jeremy, while, a collection of single yellow bulbs sets the horizon behind them. And that's it - no pyrotechnics or massive video projections needed. As the hypnotizing beats pound forward, you realize that's all you need to lose yourself in the moment. Much like the Big Black Coat album art, it's just a haze of colors against a wall of sound.

Jeremy takes stage left, rocking a guitar and keyboard setup and manning the stage's only microphone. At stage right is Matt, towering above three tables' worth of gear, all blinking and sputtering and clicking along in perfect sync, while he moves between each piece with careful eyes. The band kicks off the set with a cover of "Some People Are Crazy" by British jazz guitarist John Martyn. While the band has noted Martyn's record Grace and Danger as a big influence on Big Black Coat, it's still a peculiar choice. At first glance, the senses are fixated on the immediate. The drums and vocals cut through the mix in bright shimmering colors. Greenspan's guitar tone is lush. It's a good cover - one that does honest justice to the original. But as the six minutes of the opener burn on, you realize that the song is a lot more complex than it seemed at first. Matt's layers of sound start to rise in the mix, all swirling around each other in fervent cohesion. By the end of the song, you are dizzy from the layers. Then, they jump into the title track from 2006 classic So This Is Goodbye and whole cycle starts again.

The band burns through the hits. "Over It" from the new album is a new-wave banger. "Parallel Lines" from Begone Dull Care is a slow burn like no other. "In The Morning" goes off like clockwork. But by the time the band reaches the last trio of their set, expectation for any individual song has faded into a larger groove. The band finish off their main set with "Big Black Coat" and Last Exit classic "Under The Sun", and here, you realize the impeccable similarity between the two. While they sound nothing alike, the groove factor is the same. You could listen to each song for thirty minutes at a time, just listening carefully for the oscillating sounds emanating from Matt's table of wonders to change ever so slightly as the track goes on. Junior Boys prove that the emotion of electronic music truly is in the architecture - it's the structures they've built over these melodies that make them last the test of time and white noise. When the band returns for closer "Banana Ripple", it's common knowledge for the crowd. "No, you'll never see me go", Greenspan belts out in crystalline falsetto. We sure hope not - Junior Boys are just too damn good at what they do. 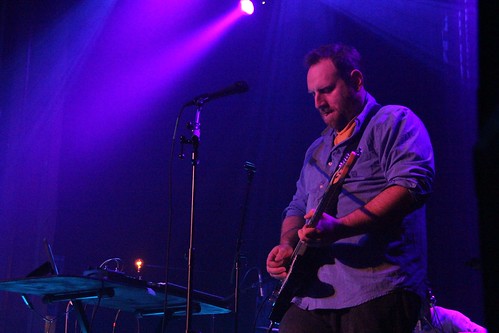 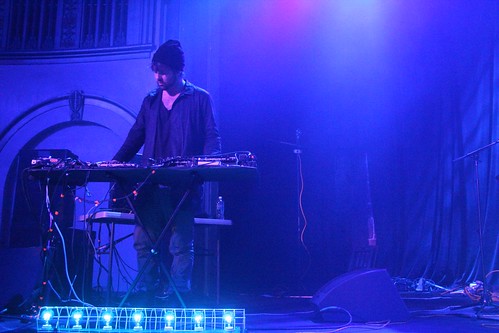 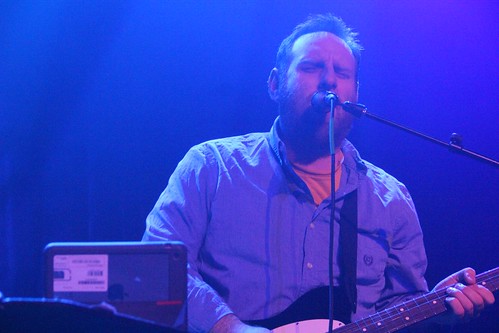 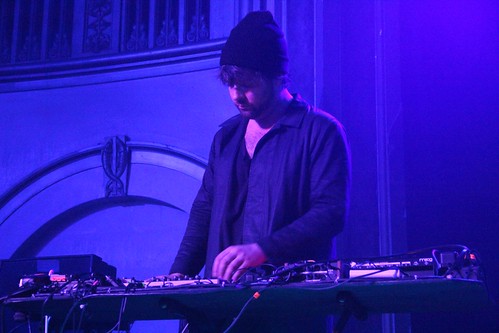 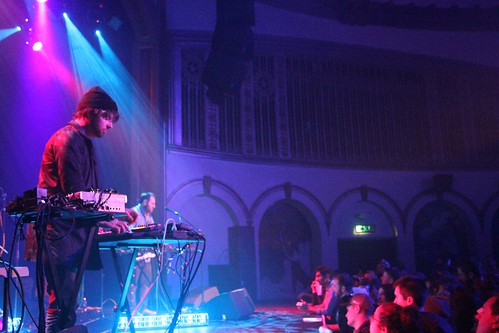 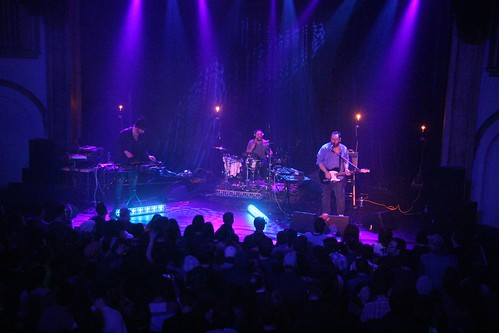 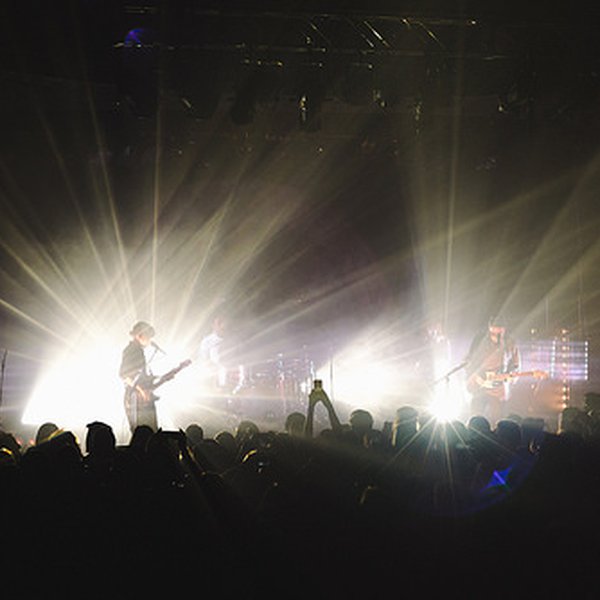 Live Review: Daughter with Wilsen at Showbox at the Market 3/19/16

Sold out and packed to maximum capacity, the Showbox at the Market was emanating excitement as the crowd eagerly awaited the London band Daughter to take stage on March 19. 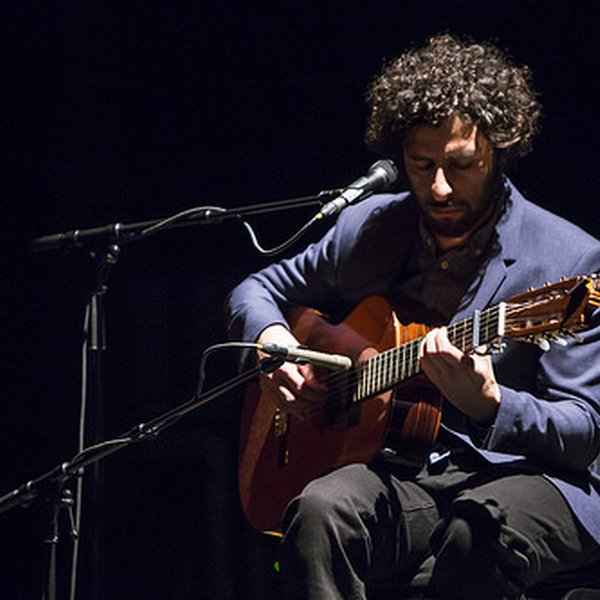 A quick glance at the stage set up for Sunday evening’s show might’ve tipped one off as to the type of music they’d hear for the night. With no drums, no amps, and mostly classical instruments surrounding chairs and music stands neatly arranged in a semi circle across the stage, a rock show was cle…