When it comes to Britpop, Super Furry Animals are truly a whole 'nother beast. Though they tend to get lumped in with bands like Pulp (who were an early champion of SFA) and Blur, the Furries are a unique animal, bending genres and breaking boundaries throughout their 20 year career. The band went on hiatus in 2010, with both frontman Gruff Rhys and keyboardist Cian Ciaran releasing a few solo albums. Then last year, they emerged from hibernation with the 15th anniversary reissue of Mwng, their only album written entirely in Welsh, and the 20th anniversary of a release the Guinness Book of Records awarded as the EP with the world's longest title. (It's Llanfairpwllgwyngyllgogerychwyrndrobwllllantysiliogogogoch (In Space), if you were wondering.)

Which is all a really long way of saying: the band have been away, we missed them, and fans were thrilled to see them back together again at the Neptune Theatre this night.D.C. band Dead Meadow opened the show with a solid set of psych-rock. Admittedly, this band has kind-of slipped past my radar, probably because I don't do drugs. The songs were a heavy slurge of dreamlike drone, traveling along on the rhythms of bassist Steve Kille and drummer Mark Laughlin. Laughlin is mesmerizing to watch: he has a unique, full-physical drumming style, sort-of like if you gave Frankenstein drumsticks and let him rip. Between songs, he would shake his drumstick back and forth, like he was mesmerized by the tracers. With the way he plays, Laughlin probably won't need to worry about carpal tunnel down the road, but he might need to look into shoulder surgery. Kille was also a joy to watch, with his face obscured behind his Mark-Gardener-circa-93 hairstyle. After each song, he would applaud, not in an arrogant way, but the way a co-worker might when they hear there's leftover cake in the employee kitchen. Apparently, it was a reunion of-sorts for them as well, as frontman Jason Simon noted that Super Furry Animals were the first band to ever take them overseas back in 2003, so they were happy to be back on the road with them. 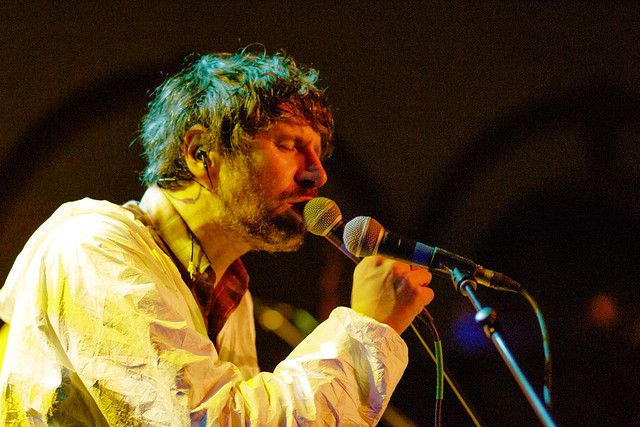 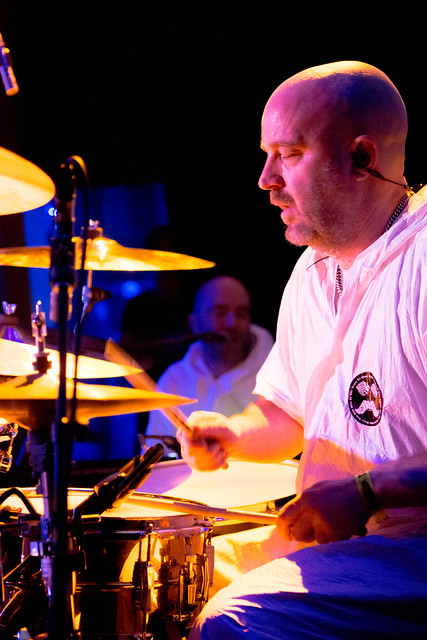 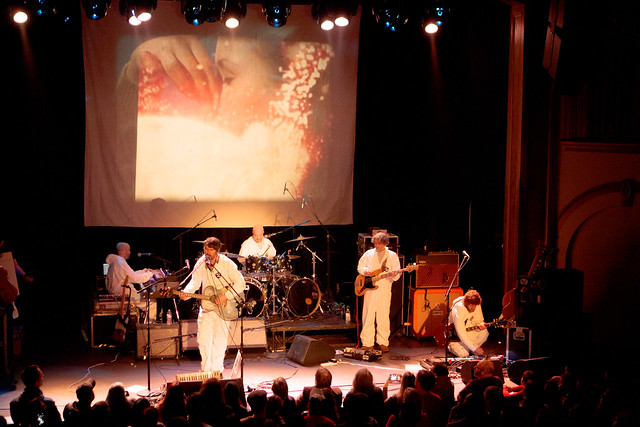 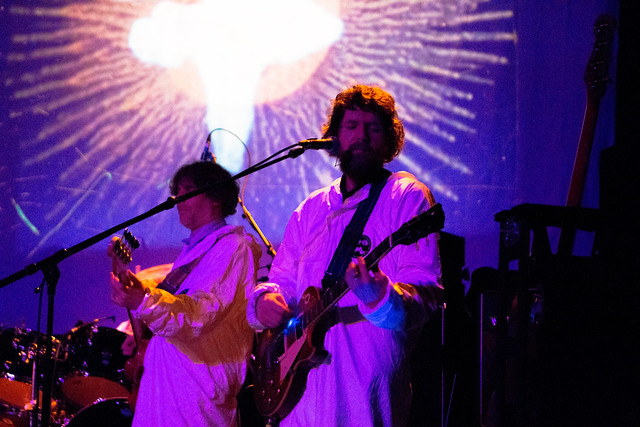 The Furries came out on stage in matching white jumpsuits, kicking off their set with the 2003 single "Slow Life" followed by the jubilant "Rings Around the World." I had forgotten how the band uses Dylan "Subterranean Homesick Blues"-esque signs throughout their set, including signs reading "Applause," "Louder," and then "Ape Shit," which is a phrase I haven't heard in so long, that my brain immediately thought, "Monkey feces?" 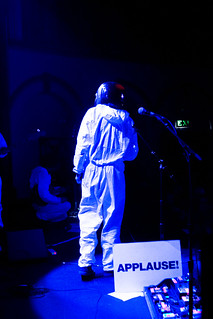 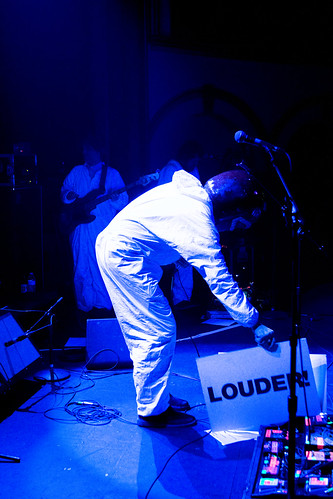 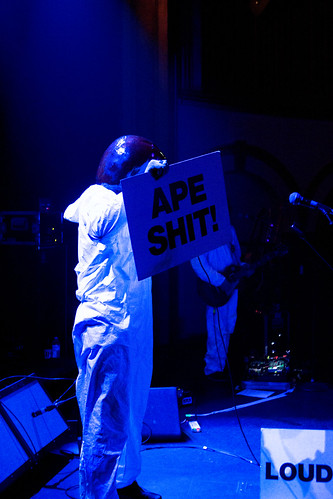 The set list was a good representation of their long career, including tracks like "Bad Behaviour" and "Hometown Unicorn" from their 1996 debut Fuzzy Logic, to "Golden Retriever" and the gloriously summer-y '60s style single "Hello Sunshine" from 2003's Phantom Power. (Am I mistaken, or was there not much from the most recent albums?) Trippy visuals were projected on the screen behind them, adding to the psychedelia of the night.

For "Receptacle for the Respectable," the band usually brings out a carrot to eat on stage to replicate the chomping-percussion that Paul McCartney does on the album version (much like he does with celery on the 1967 Beach Boys song "Vegetables" from the album Smiley Smile). "Does anyone have any vegetables?" Rhys futily asked of the audience. (Instead, he vocalized the crispy, crunchy sounds at that point in the song.) 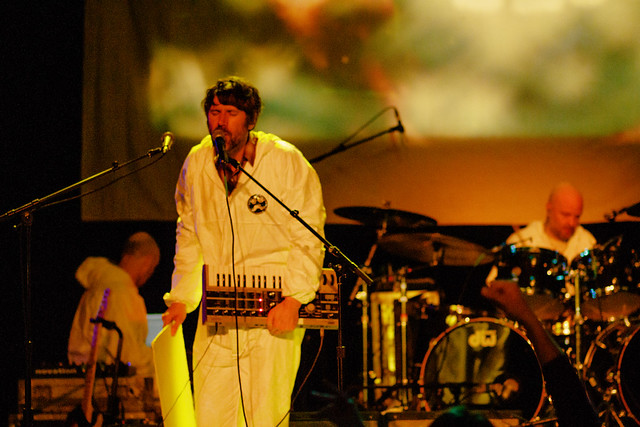 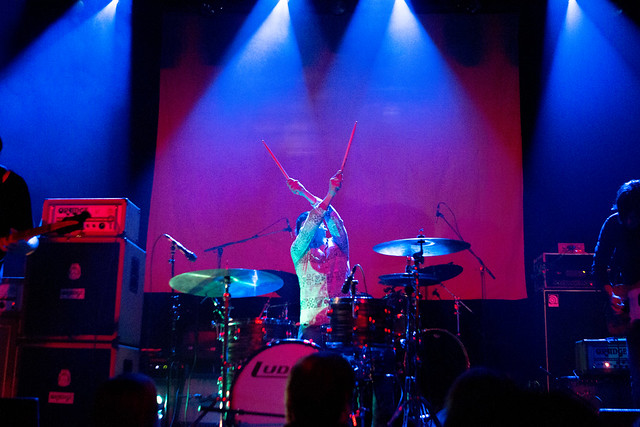 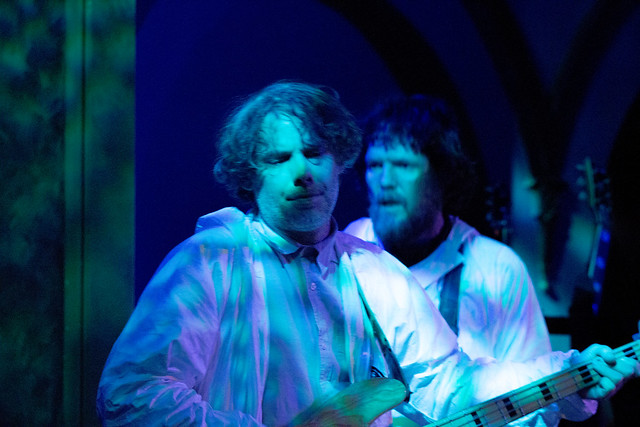 And while the band don't believe in encores, right before the last song, they ran off stage to change into... Super Furry Animal costumes. Have they really been touring with these costumes for 20 years? How do you clean such a clothing item? With fur flying to and fro, they tore into the blistering "The Man Don't Give a Fuck" which repeats the line "You know, they don't give a fuck about anybody else" almost 50 times, guaranteeing you'll never hear it on KEXP due to FCC rules. It was a ferocious end to a fantastically furry show. 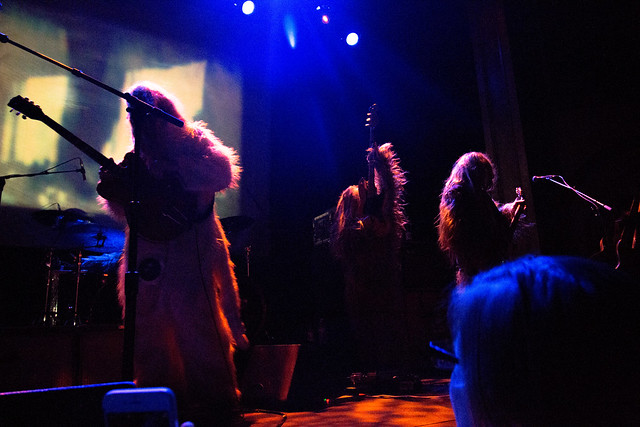 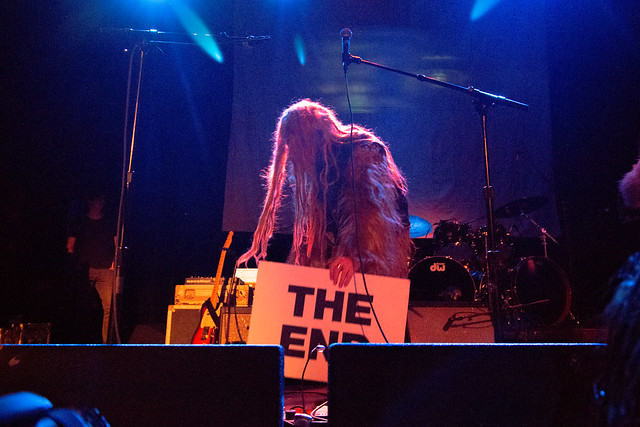 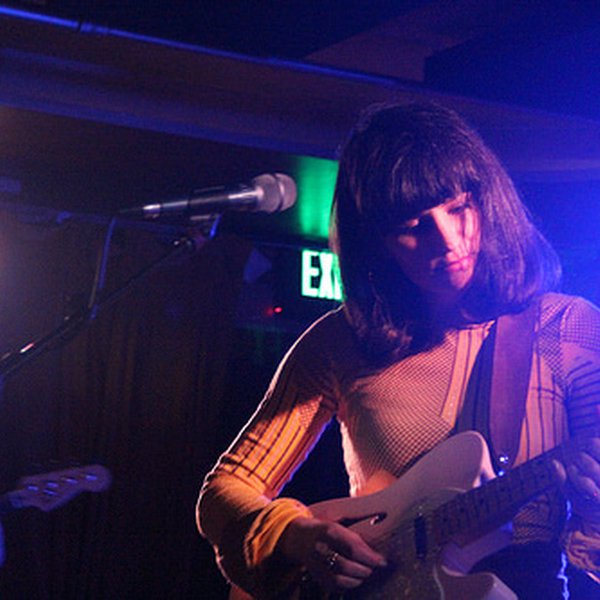 Portland singer Charlie Hilton and her band Blouse have consistently found themselves in KEXP's watch list for rising talent. Blouse played Iceland Airwaves back in 2012 behind their first record, then toured extensively behind Imperium, their second, including a great stint with Dum Dum Girls. Thi… 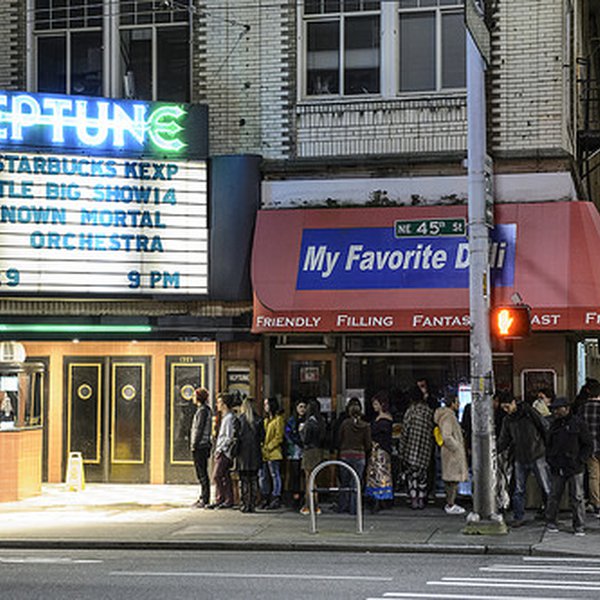 Every time a Little Big Show happens, our accomplishments seem to get bigger and better. Our must recent show, at Neptune Theatre last Friday, marks the fourteenth occasion on which Starbucks, STG, and KEXP have put their heads together to line up a crazy good show. And not only that - like all oth…