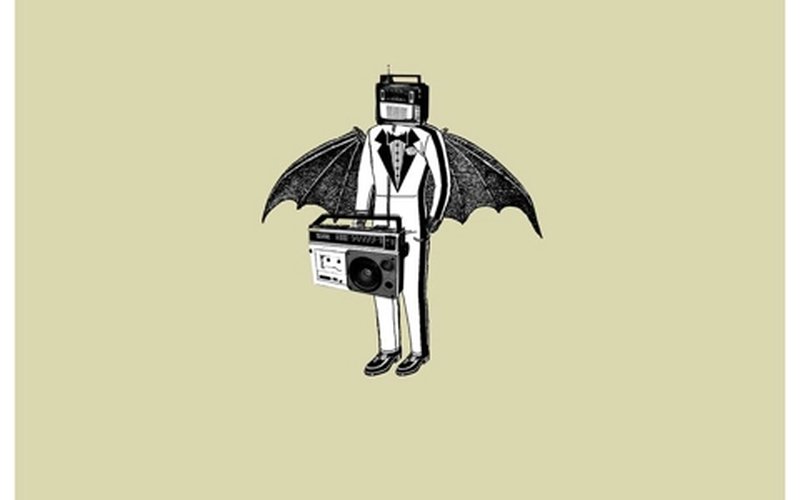 If we've learned anything from the fact that teen paranormal romance is now a legit genre of modern literature, it's that we love relating to the unknown. Or, more specifically, the undead. Eric Elbogen, a.k.a. Say Hi has been keen to this fact since the summer of 2006, when dropped Say Hi's breakthrough LP Impeccable Blahs. Not only is the record a well-oiled machine of synth-pop magnificence that, with its deceptively addictive nature alone, would make you consider an occult presence surrounding it - it's also 100% lyrically confined in the world of vampires. After four more LPs and a soundtrack album, Say Hi has returned to this formidable world to give the album a sequel: Bleeders Digest. The only thing better than the pun of its namesake is the content therein. Eric continues to shine as one of Barsuk's most consistent stars, with another record of pitch perfect synth pop excellence and an extended vampiric metaphor that gives us a wonderful parallel on the intentionally inward lives we oft find ourselves leading.

Eric has slated Bleeders Digest as the very intentional and self-aware sequel to Impeccable Blahs i.e. "the vampire record". While this dramatically undersells the full girth of the record as an independent effort, comparison to Say Hi's 2006 classic does bring some smiles. Impeccable Blahs was the record where Eric really hit his stride. The delicate, tongue-in-cheek sweetness of "Blah Blah Blah" became a staple of Eric's sound, echoing through later singles and deep cuts alike with infinite grace, all while emanating from a chorus that just repeats over and over again "I want to drink your blood". The extended vampiric metaphors on "These Fangs" and "Sweet Sweet Heartkiller" all make Impeccable Blahs a wonderful and sugary treat, while still challenging the pop spectrum from the sidelines with a watchful eye.

But Impeccable was a while ago, and Say Hi has done so much growth over the past nine years that painting Bleeders as a sequel alone is a pretty big disservice. Since then, he's signed to Barsuk and dropped a handful of excellent proper LPs with countless earworms throughout. Oohs & Aahs and Um, Uh Oh worked hand in hand to perfect his full band setup, but when that wasn't doing it, Eric launched over to a one-man synth pop setup for a soundtrack piece called Free Samples and the full length Endless Wonder, featuring the excellent "Such A Drag" and "When I Think About You". The material and live delivery of the latest has been so infectious that Eric opened up Death Cab For Cutie's return show at the Crocodile and will tour Australia with the band this fall. While it may be a nod in the form of lyrical content, Bleeders Digest is much more a proper follow to this latest work on an endless quest to find the sweetest, most addictive synth pop one man can conjure.

But don't take my word for it. Look no further than the album's lead single "Creatures of the Night". Lyrically, it's an extension of the fantastic What We Do In The Shadows - a couple roommates bummed they can't appreciate the smiles and the carefree living of the daytime (something a lot of us feel around February or so). Musically, it's a synth pop wonder you could put on repeat for a solid hour. The spacious verse showcases Eric's voice better than any track of his has since "Devils" and the hook is impossibly delicious. It's a chipper sing-a-long for a less than ideal arrangement.

Actually, there are a lot of those situations all over Bleeders. Where Blahs stuck with the discovery phase of vampirism, Bleeders is much heavier on existence and interrelation. Furthermore, the heavier imagery seen on "Creatures of the Night" and other first half cuts become more subtle as the record goes along. This is a good thing, as it allows the real metaphors to rise from their coffins, if you will. I can't speak for Eric per the Impeccable Blahs era, but it's evident that with Bleeders, he sees vampirism as a wonderful metaphor for isolation and disenchantment. In our world of increasing technology and decreasing human contact, whether it be a lonely living situation, a graveyard shift job, inconsistent hours, or just generally unmet expectations, you can start to feel like a bit of a vampire after a while if the right conditions are met. "It's A Hunger" paints hunger for blood as an inability to cope with lust and impulse. "Transylvania (Torrents of Rain Yeah)" is a very tongue-in-cheek discussion about seasonal affective disorder. But the album's opener is a resounding reminder that it is human to be malcontent. And whether everything is going swell, or you made a deal with a soul-eating demon (it's kind of a heavy song, lyrically), you'll always have the urge to look over the fence at what you are missing.

The album's best work lies - as Say Hi's work often does - in its love songs. For starters, both "Lover's Lane (Smitten With Doom)" and "Galaxies Will Be Born" have some serious television potential. Both are excellent songs about the thrills and the chills of love with incredible sing-a-long hooks and memorable lyrics. But taking them all together, we get a big picture of Bleeders biggest emotional crux. Without going into serious Twilight territory, the Bleeders love songs paint love as an issue because the main character is in love with a human. So, there are two choices: do we exist together in endless tension due to the predator/prey nature of the union, or does the vampire turn the human into something else to stay in love? Plenty of love songs have begged the question of whether it's good or not to change to be in love, but here, Eric makes the issue an actual life and death thing. Closer track "Cobblestones" poses one final set of questions. Are we comfortable enough as creatures of the night to accept ourselves and try relationship amidst the difficulties? Or is it better to turn? It's all pulpy, riveting, and incredibly lovable stuff that could come from none other than Say Hi.

Bleeders Digest is out next week on Barsuk Records. Grab it at your local record store on CD or vinyl. Eric will head out on a co-headlining tour alongside Telekinesis, who drop their new album Ad Infinitum the same day on Merge. The duo will wrap up their tour in Seattle at Neumos on November 7, with local synth pop act NAVVI opening - great bill all around. Grab your tickets here. 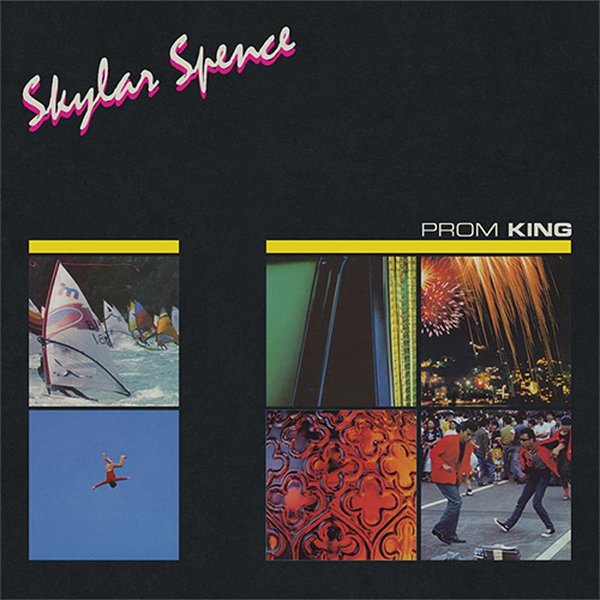 Self discovery can be euphoric. Finding yourself can lead to a tidal wave of confidence, and that confidence is infectious. This confidence isn't based in complete knowledge of the future or perfect success without any mistakes - rather, it stems from an overpowering believe that whatever happens, …

Song of the Day: Fernando - Save Me 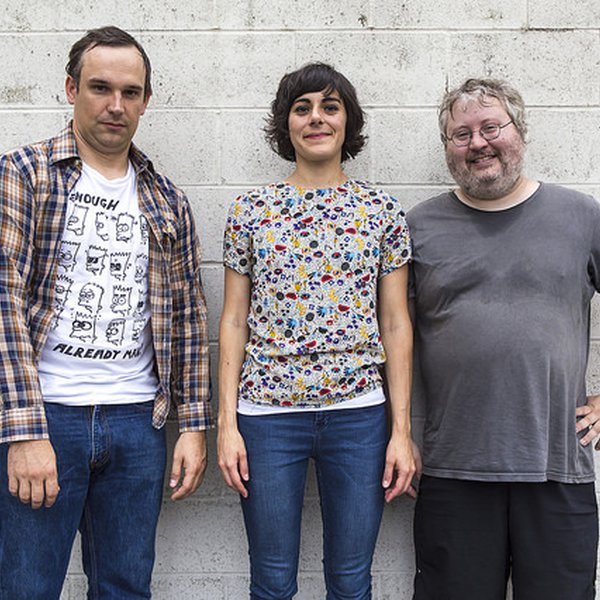 Song of the Day: Wimps - Take It As It Comes 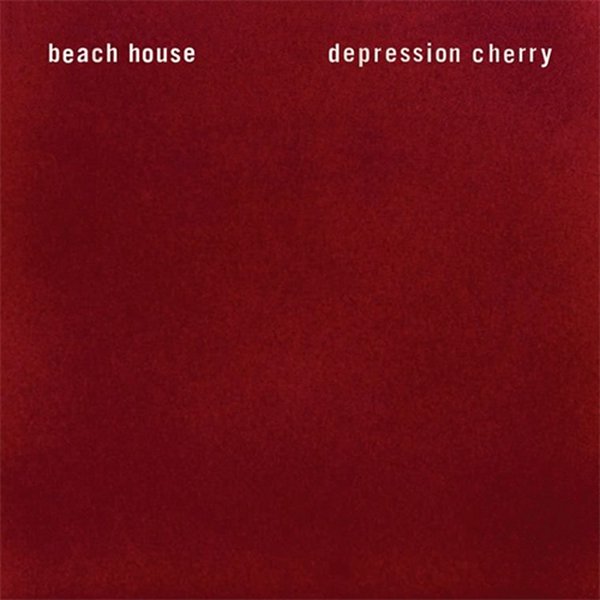