Portland awoke to the resounding hiss-and-crack of PBR tallboys and the camp-tastic house party vibes of local band Wampire Sunday afternoon at Project Pabst. Their hazy psych rock medley was followed by charmingly twee local pop group Wild Ones, who delivered meticulously jammy indie pop. Lead singer Danielle Sullivan supplemented her precise lilt with a grab bag of eggs and shakers. Along with playing new song “Loveless” from their upcoming (and appropriately titled) EP Heatwave, Wild Ones closed with a startlingly convincing cover of the Cranberries’ “Dreams,” in which Sullivan hit every "ah la da ah" with all the skill of Dolores O'Riordan.Wild Ones: 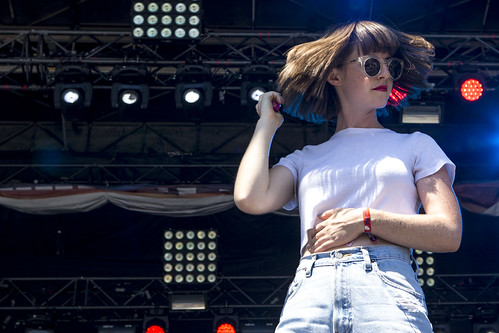 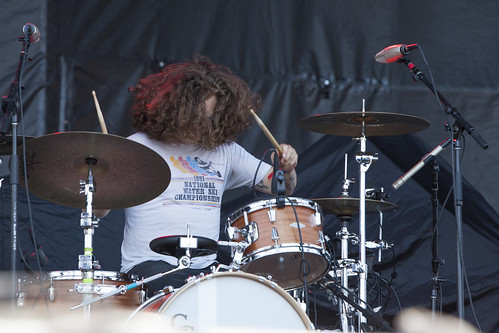 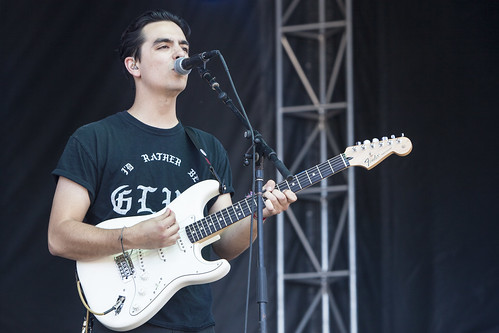 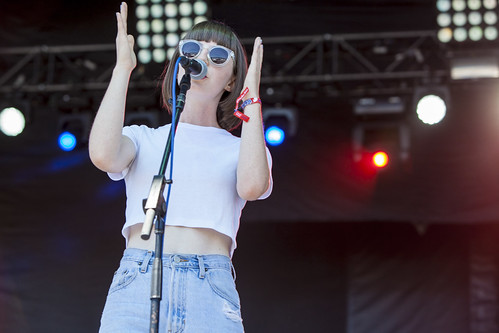 Portland was treated to an improbable appearance by Terry Six and King Louie Bankston, a.k.a. Terry & Louie, later on in the day. The two belonged to promising local band The Exploding Hearts before the 2003 car accident that claimed the lives of their bandmate. Understandably, Terry retired from the music scene while Louie solidified his career as a multi-instrumentalist. Luckily for the world, the once local artists have reunited to finish what they started a decade ago, and to release some new material. Despite their long absence from power pop, Terry & Louie were greeted by a large crowd of both newcomers and devout fans. The thirty-somethings picked up right where they left off, singing about twenty-one year old antics like staying out late with girls and sniffing glue. 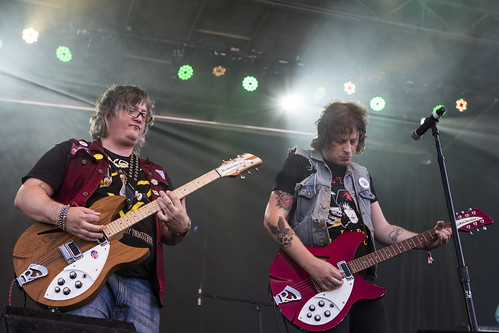 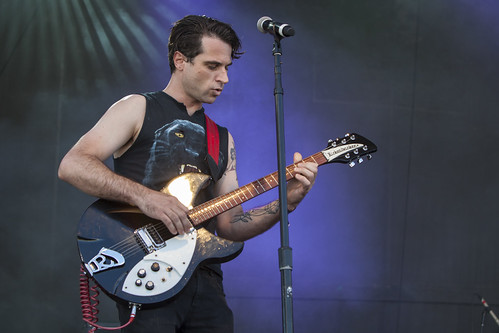 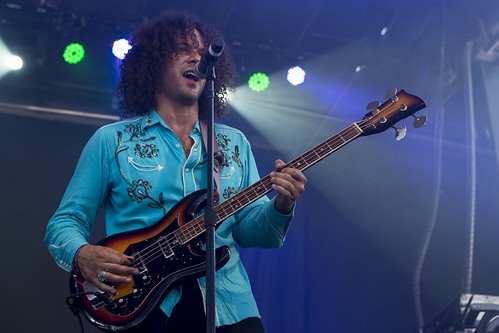 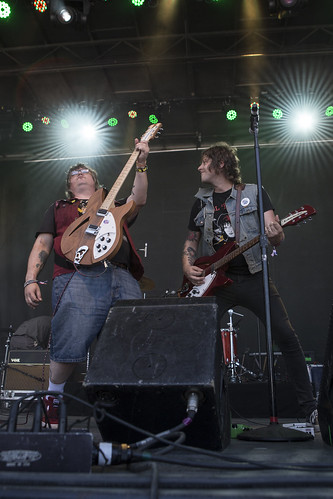 While the next band, Alvvays, is based in Toronto rather than Portland, the Rose City earned top spot as the group's favorite U.S. city. In between shoutouts to keyboardist Kerri's first crush ever and Pabst headliner, Rivers Cuomo, including a Cuomo-dedicated rendition of "Party Police" (although "Rivers, Marry Me" would have been even more suitable) the group played a mean cover of Deerhunter's "Nosebleed" and took us to the shore with Kirsty MacColl's "He's On the Beach." While singer Molly Rankin was channelling summer prep perfection, the real star of the show was the events person flinging water with impressive technique onto the slowly desiccating crowd. Note to Pabst for next year: water misters filled with PBR. 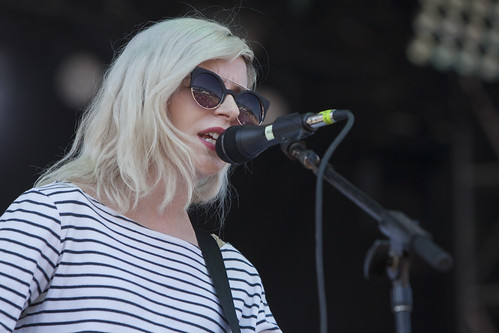 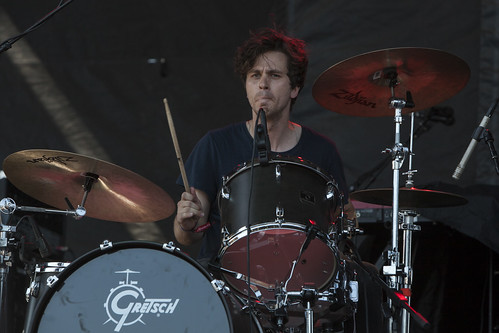 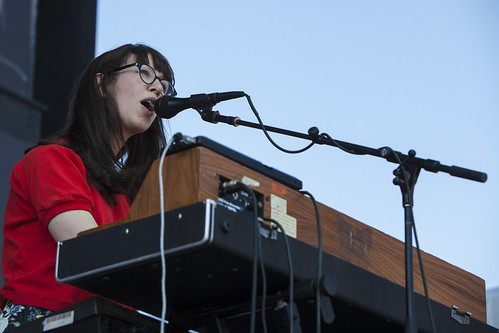 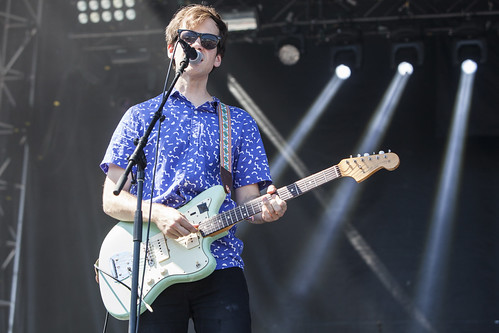 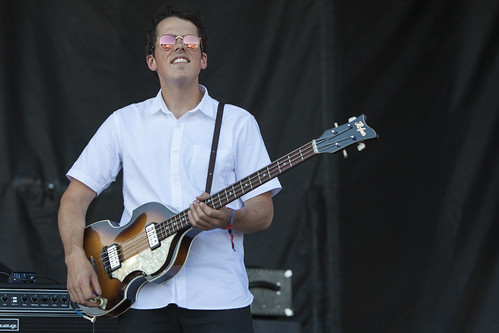 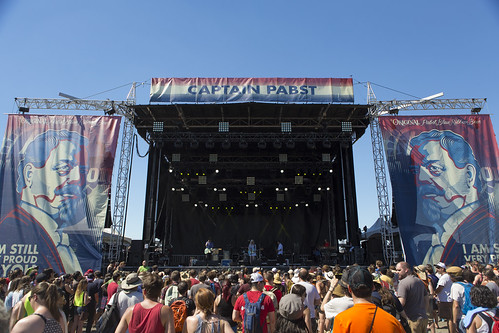 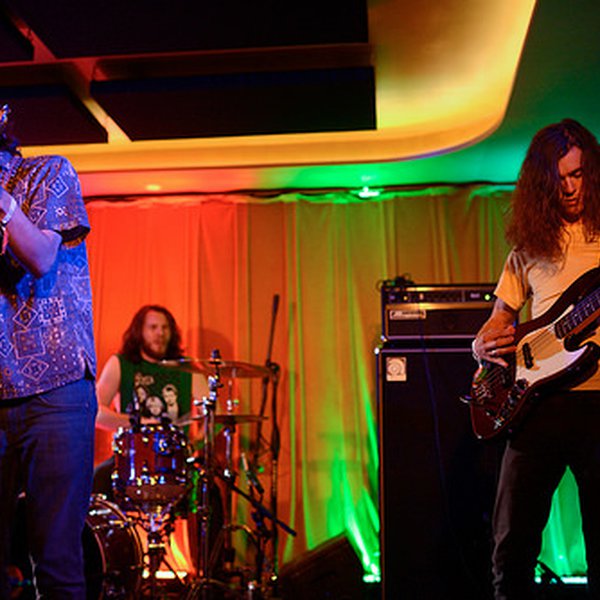 Barboza has served as the launch band for many Seattle Band's careers throughout the years. It was only fitting then that on Friday at Capitol Hill Block Party, local bands dominated the Barboza stage. Sets from Acid Tongue and Black Whales showed the strength of Seattle's music scene, and left all… 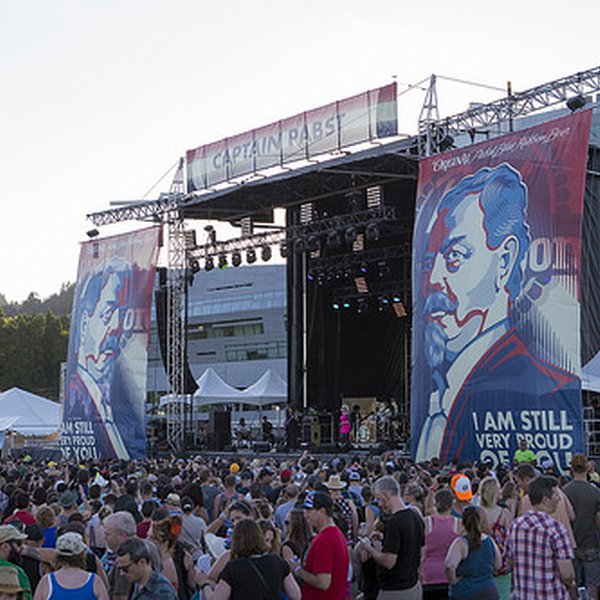 Under the watchful (and still proud) eye of Captain Pabst, steadfast day drinkers with koozies in hand turned out to hear PDX electro-darlings Hustle and Drone open day one of Project Pabst. The trio's fresh synth pop cut through the 97 degree weather. With just as much sweat and half as many keybo…