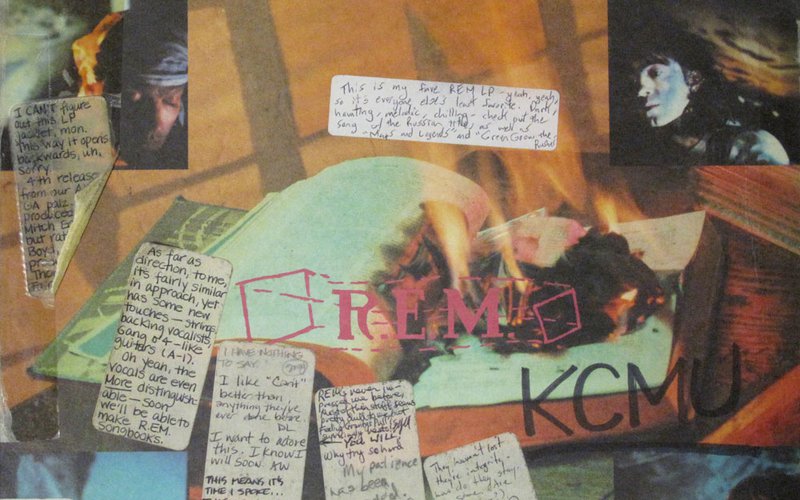 I know, I know, didn't I just post an R.E.M. album a month or so ago? I guess I kinda did. But I have my reasons! First of all, Fables of the Reconstruction was released 30 years ago next week (and checked into KCMU 30 years ago tomorrow, as you can tell by the sticker on the bottom). Happy birthday Fables! Second of all, I've been listening to a couple songs from this album quite a bit lately, though if I told you why that might go against some kind of conflict of interest policy or something. So let's just say there have been a lot of musicians in Seattle listening to a lot of R.E.M. leading up to this week.

Apparently Fables of the Reconstruction - which, in LP form, had rather confusing packaging that led one to be unsure whether it was titled Fables of the Reconstruction or Reconstruction of the Fables or Fables of the Reconstruction of the Fables or . . . you get the idea - has gotten a bad rap as one of R.E.M.'s lesser albums, but, as many note below, there are some great songs on here, including the first two I remember hearing/seeing on MTV, "Can't Get There from Here" and "Driver 8." '80s alternative gold, I tell ya. As I've recently learned, if you haven't listened to R.E.M. in a decade or more and find yourself sitting down with their records again, you will likely find yourself enjoying the heck out of it.Note: the first sticker cited below has its corner ripped off, hence the missing chunks. But the gist is that this album was produced not by their old pal Mitch Easter, but by Joe Boyd, also known for his work with Richard and Linda Thompson and Fairport Convention (and Nick Drake!).

"I can't figure out this LP jacket, mon. This way it opens backwards, uh, sorry. 4th release from our Athens, GA palz. Not produced by Mitch Easter, but rather Joe Boyd, who [missing] produced [missing] Thompson [missing] Fairport [missing] As far as direction, to me, it's fairly similar in approach, yet has some new touches - strings, backing vocalists, Gang o' 4-like guitars (A-1). Oh yeah, the vocals are even more distinguishable - soon we'll be able to make R.E.M. songbooks." [Indeed.]

"I have nothing to say."

"I like 'Can't' better than anything they've ever done before."

"This means it's time I spoke... THIS IS SUPREMELY GODLIKE!'

"REM's never impressed me before, most of their stuff seems pretty dull to me, but 'Feeling Gravitys Pull' is surprisingly neato!"

"My patience has been rewarded."

"They haven't lost their integrity. How do they stay the same. (Are they samey?)"

"Mine opens upside down."

"This is my fave REM LP - yeah, yeah, so it's everyone else's least favorite. Dark, haunting, melodic, chilling - check out the song w/the Russian titles as well as 'Maps and Legends' and 'Green Grow the Rushes.'" 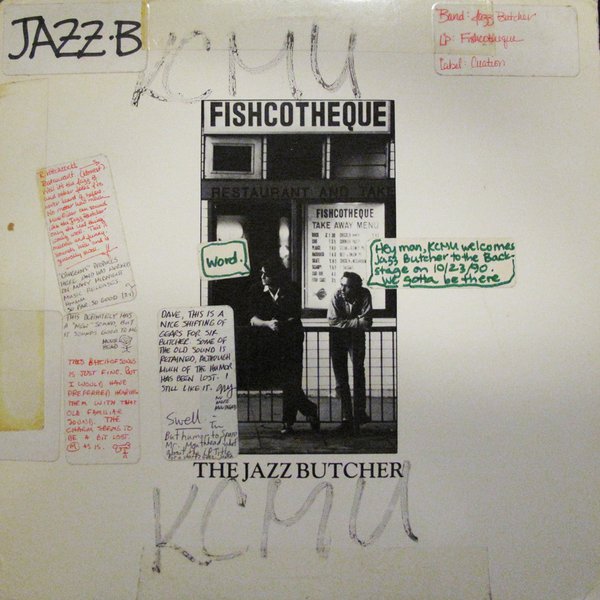 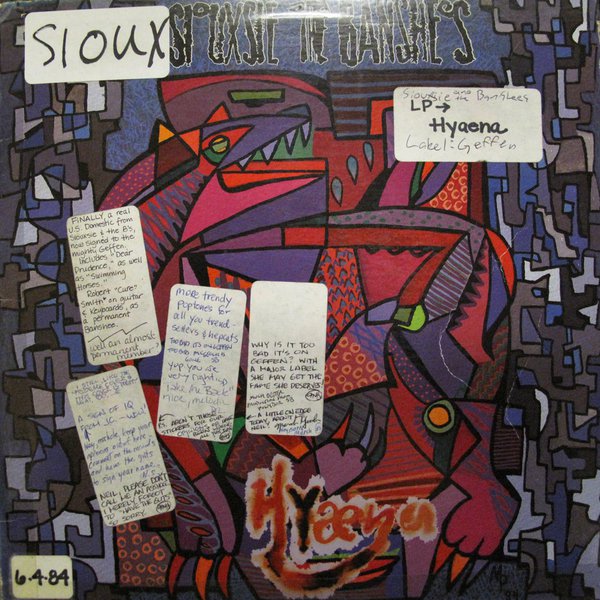 The DJ comments on this LP call us back to a dark time when not every album was available everywhere in the world instantly upon its release. Many well-loved bands could only be heard by spending way too much money on physical objects that had been transported in small batches from another country …