When you wish upon some stars... I guess that's really the only way to start any write up of Polaris being active again 20 years after the recording of their only record. In the recent trend of album anniversary tours, there's one record that I and many, many other listeners never could have imagined getting to hear in 2015: Music from The Adventures of Pete & Pete. From title alone, the record seems unlikely, but given its even more bizarre context, performed by a band that essentially only exists inside your 90s cable TV, seeing "Hey Sandy" and other classics from Polaris live is the equivalent of seeing a 90s unicorn. Polaris comes from the brilliant mind of Mark Mulcahy, the genius behind Miracle Legion and the inspiration for the phenomenal compilation Ciao, My Shining Star, featuring the likes of the National and Thom Yorke. Joining together with other members of Miracle Legion and hosting a variety of ridiculous fake names, Polaris made one record with 12 songs, and those 12 songs have garnered a massive fanbase in the sixteen years since its only CD release. Last Saturday, Music from The Adventures of Pete & Pete dropped on vinyl for the first time as part of Record Store Day. And this week, we have the miraculous pleasure of seeing Mark and company perform the record for Seattle for the first time, alongside Miracle Legion classics that have also never been heard in the Northwest. Together with opening sets from Seattle's own Scarves and Burger Records representatives Cotillon, Polaris's Seattle debut was a small trip to Neverland.While Seattle may not be hosting anything like Burgerama for a while, it is fun to see bands on the extremely trendy LA label make it up to the Northwest every once in a while to show us how the scene is doing. Cotillon fit right in with the mantra of Burger. The band's frontman Jordan Corso grew up in LA, worked in Elysian Park, then quit his day job and formed the band, knocking out EP after EP all leading up to this year's self-titled full length cassette debut. Corso's music stands the general litmus test without the Burger association, though. His music mixes DYI glam with shoegaze and the melancholy indie rock of Girls and other familiars (Chet White, formerly of Girls, produced their full length). All in all Cotillon opened up the night wonderfully, getting the vibes off on the right foot and warming up the crowd with a solid set of low-stress Burger goodness. 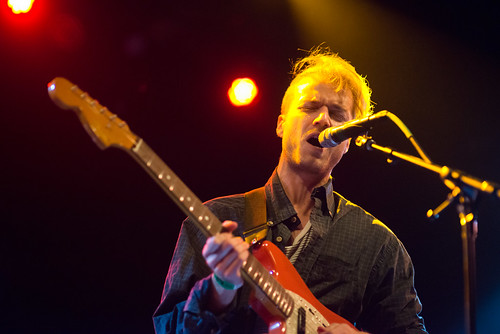 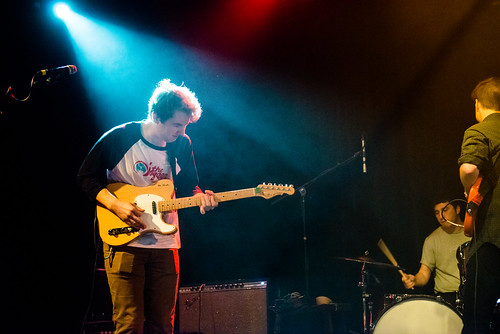 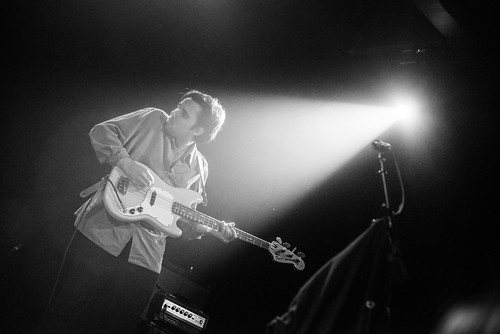 Scarves mastermind Niko Stathakopoulos only seems to be getting better and more self-assured over time. His work combines a jarring mixture of Northwest indie rock, math rock, and classic emo to create an emotional landscape that Niko feels best suits him. In this, Scarves make themselves more relatable than many of the other indie rock outfits out there, if only for Niko's stark honesty and abrasive attempt at human connection. For a young songwriter, Stathakopoulos isn't afraid to challenge his audience and invite them into something more rewarding than the status quo. This time around, Niko was joined by a fresh lineup, featuring former members of Seattle band Friends & Family. The set was a grand continuation and a great offering from of the city's top notch rising acts. 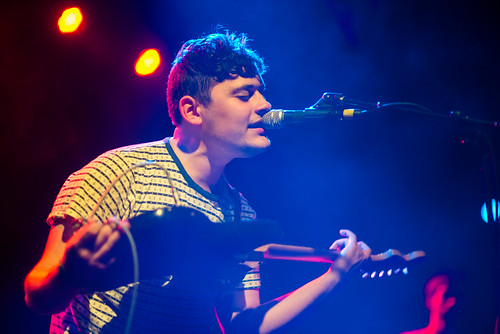 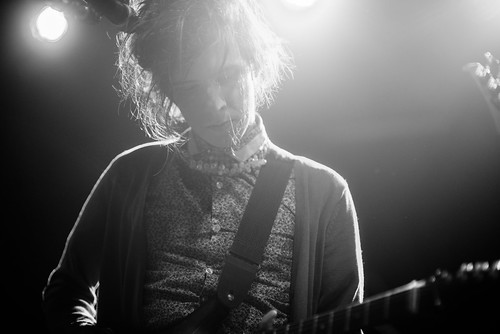 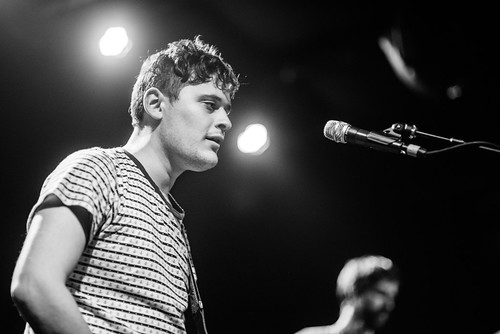 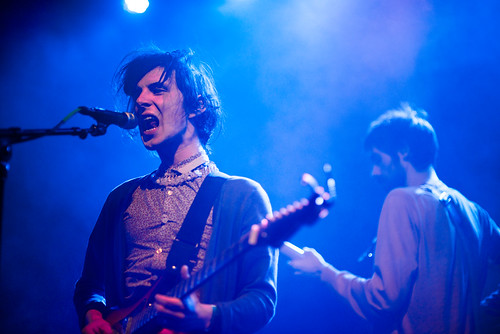 While seeing Polaris perform the music of Polaris in and of itself is phenomenal and shouldn't be treated as anything less than seeing a mythical creature in the flesh, there was another reason that made tonight's set from Mark Mulcahy and company extremely special. This set marks the first time that Mulcahy has performed a headlining gig in Seattle, under any moniker. Mulcahy's only other Seattle date ever was a date over ten years ago opening for Frank Black (who marked has recorded with in past years). This may seem strange, given the incredible legacy that this master songwriter has given us thus far. His music has inspired countless bands and has been celebrated on numerous tribute offerings through the years, including the timeless Thom Yorke cover of "All For The Best". Thus, seeing Mark Mulcahy's first headlining gig in Seattle after all these years alone makes this Polaris event one for the books. On the other hand, a night of Music from The Adventures of Pete & Pete is absolutely nothing to downplay. While the Nickelodeon TV show's theme song is by and far one of the best TV theme songs ever recorded, it's the other tracks that Mulcahy and company recorded for the show that have secured the enormous fanbase that has been selling out gigs across the country.

Seattle's Polaris fans got their full ticket's worth tonight. Not only was does this tour exist - it also exists with the full original lineup, featuring Dave McCaffrey and Scott Boutier (also of Miracle Legion), along with touring help on the guitar and keys Henning Ohlenbusch. Mulcahy and the band showed up in glorious form, cracking jokes, playing every track to perfection, and giving their one album (and recent follow-up cassingle) the ultimate live treatment. While Mulcahy isn't exactly a glam rocker in terms of showmanship, he played with the crowd constantly. In honor of Earth Day, Polaris wrote a short song on the spot celebrating the fact that we only recycle stuff on Earth Day. Before playing all time favorite "Everywhere", he helped a pizza guy in the audience propose to his girlfriend. Elsewhere, he broke out Miracle Legion classics like "Snacks and Candy" and "Madison Park", along with a great cover of "Heart Disease Called Love" by John Cooper Clarke. Polaris made their Seattle debut and full discography performance one for the ages. The band that only lived inside your TV now lives on stage and in your hearts for the rest of time. 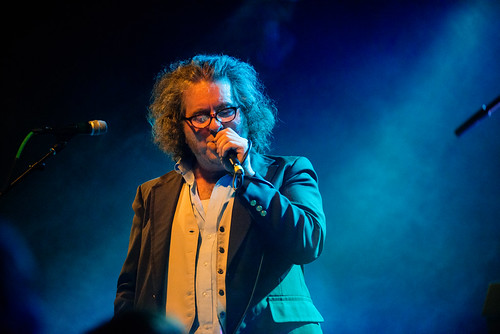 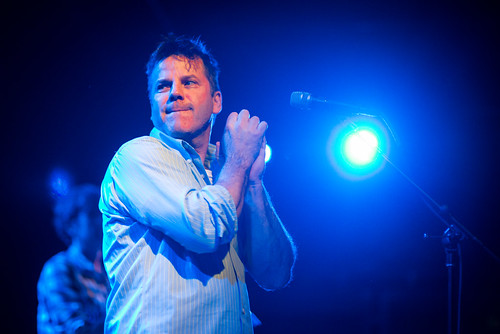 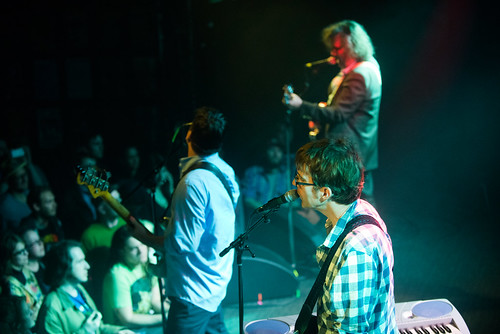 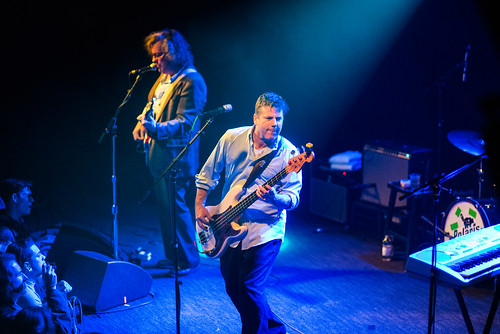 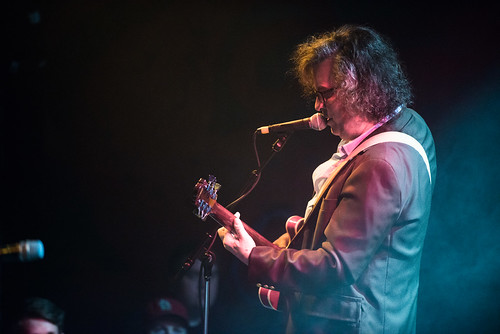 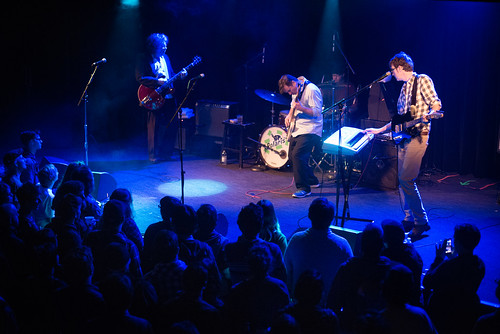 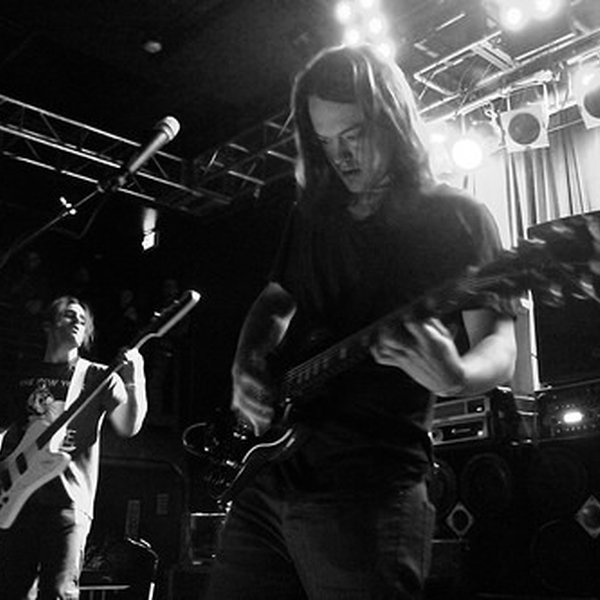 Some shows, I'm seriously surprised when I exit Neumos after the set's over and am not witnessing irreparable damage running up and down the walls. Tuesday night, label-mates Liturgy and Lightning Bolt played one of those types of sets. When there's one guy in the front row that doesn't have earplu… 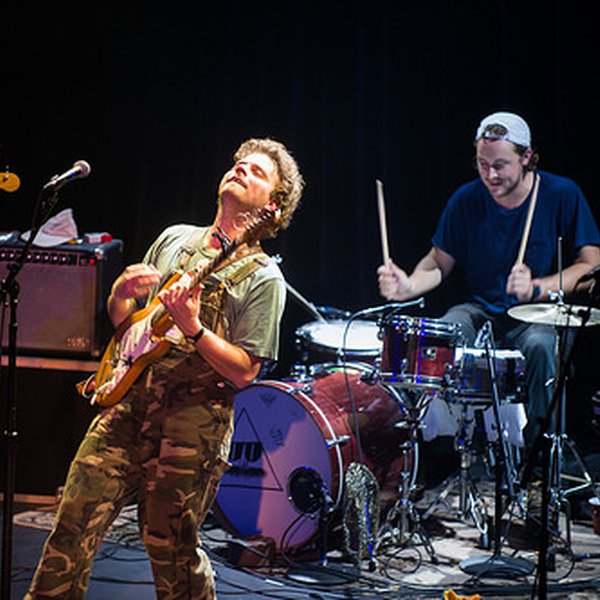 Love him or hate him, you truly cannot say that Mac DeMarco isn't consistent. The indie rock songwriter is barely three years into his public career and he is already at the point of selling out the Neptune Theatre with ease, garnering a massive fanbase both young and old, and rocking every night w…