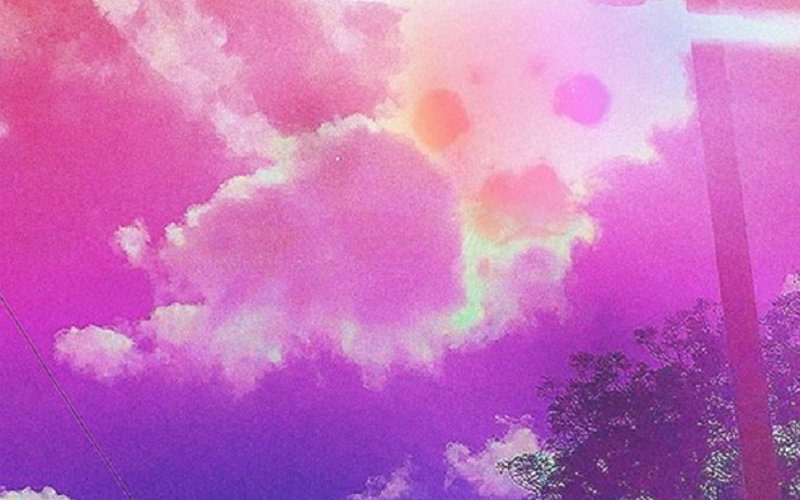 Can someone tell Rustie to slow down, please? His last LP for Warp, Green Language, barely came out a year ago. In the meantime, he's played a world tour, including a Sasquatch! date, dropped a free EP of music, and produced a track from a hospital bed. Russell Whyte does not let up on the gas, ever. This undeniable fact makes it very easy to believe that this week, with only two days notice, Rustie has dropped a new full length album on Warp, EVENIFUDONTBELIEVE. Featuring only one track we'd heard before this week (the phenomenal free for download banger "Big Catzz"), the new record hosts forty six minutes of new Rustie material with all the polish that similar producers have taken the better part of half a decade to put together. Three LPs deep and no one to hold him back, Rustie crusades forward on a production journey that no mere human can comprehend. But if you know what's good for you, you'll try your best.

Rustie has described last year's Green Language as being "too A&Red", but assessing the record by this quote alone is a short sell. Green Language found Rustie where he was at for the time in a lot of ways. Coming off of productions for Danny Brown and riding the edge of the mainstream along contemporaries like Hudson Mohawke, Green Language was a record that was ready to embrace that reality, if the time came. Danny popped up on the incredible feature "Attak" and much of the album's single material fell in the same vein of big, bold, and brassy. Not that this hasn't been Rustie's sound all along - I don't think there's a human being alive who would be comfortable calling Glass Swords anything but big. It's just that on Glass Swords, and even its follow-up singles like "Slasherr", the bigness was a natural byproduct of the product at hand. Green Language, for better or worse, made bigness a selling point. This gave us incredible singles like "Raptor", but it also gave us less room to appreciate Rustie in the details.

With the fast paced and highly present-minded EVENIFYOUDONTBELIEVE, this is corrected. The new record prioritizes instantaneous effect. Only one of the fifteen tracks herein clocks in over four minutes. The four features of Green Language are replaced by six "feat. Rustie" tags - nothing here is offered by anyone besides the man himself. Here, Rustie isn't proactively edging to position himself as the progressive, other-worldly producer we know him to be - he's just making track after track happen. The flow of EVENIFYOUDONTBELIEVE couldn't be more natural to the ear. While possessing a maximalism that challenges the listener to find every nook and cranny imaginable, the record doesn't feel like it's trying to show off dynamic or ability - it does it all without much fuss. This is Rustie in his natural habitat, and he's far too busy with his alchemy to pay attention to your A&R pitch.

All that being said, there is a conscious arc to the record. After the atmospheric guitar solo magic of "Coral Elixrr", side A is pure exposition. There isn't a single moment in the next twenty five minutes that doesn't feel like it should be exploding out of your radio. "First Mythz" (which heavily features a dolphin sample!) is a massive build that gives ample competition to the nearly unbeatable levels of "Raptor". By the time the drop kicks in, the listener is emotionally immersed to no end. Even amongst all of his video game-ey synthesizers and impossible levels of sonic assault, Rustie dials in on a very human level of emotion that many producers fail to sell to. "Atlantean Airship" works in similar territory. The title couldn't be more suitable, as we start with an ethereal vocal pattern and built slowly to unimaginable heights. After the two minute burn of "4eva", familiar single "Big Catzz" rolls in with all the charisma in the world and devastates the landscape, only for the next track to build on a flat playing field in ways that Rustie never has before. Really, "Peace Upzzz" might be one of the finest tracks of this young producer's career. The atmospheric build culminates in a hip-hop groove that perfectly balances emotion and carnal reaction. The melody is a very melancholy monster, longing for something bigger, even when the biggest hits come into play. It's a song that you can listen to over and over again and never feel like you grasp fully, even in its simplicity. When Rustie tours, this track is going to be one hell of a moment, that's all I know. Finally side A ends with "Your Goddezz", which Rustie has spun in sets for a little while now, but hearing it here, rounding out the first half of the record with such prestige - damn, it feels good in your bones.

Side B of EVENIFUDONTBELIEVE is a bit more of a movie like Green Language was. The side's first ten minutes build a single theme and emotion over three tracks. "What U Mean" is maybe the most chaotic effort on the record, with a hook that feels more like a seizure than a chorus. "Morning Starr" takes the same theme and calms it a bit, going for more middle of the stream party anthem. Then, finally, "Death Bliss" is the perfect Rustie balance of introspection and exposition, selling the hook like a freight train full of gold. "Death Bliss" is explosive, and yet, its combustion prioritizes euphoria above sensory overload. There's a feeling of joy here as the melody of these ten minutes finally gives its last breath, and you feel like the track could ride on for hours. "New Realm" intros the last chapter of the record, and the break is quite welcome. It's a conscious breath before "Emerald Tabletz" gives us the most Glass Swords-esque offering of the whole bunch. This one is very jazzy and very other-worldly, occupying the same fantasy space of Rustie past. Then, it's quickly followed by the highly emotive ballad of "Open Heartzz" before "444Sure" ends the record with a bang.

It's actually quite nice to hear the old Rustie emerge as the record begins to close. Here, over the past couple years, we've seen Rustie go full fantasy and full present reality, and on EVENIFUDONTBELIEVE he happily occupies a space somewhere in between. Here, there are zero features. The album cover is a barely modified iPhone picture, made to look like a seal. The package has existed in our minds for a full three days now (only two days ago did he drop "First Mythz" as the first offering from an upcoming album). And yet, here we find Rustie in his most elemental form, doing wonders as he does best. Only Rustie could describe the record we have here as a back to basics album - for anyone else, this is a sonic production masterpiece that a natural mind couldn't comprehend in a lifetime. And yet, here it is, primed for consumption, and showing us that Rustie isn't waiting around for anyone to tell him what to do. Time is short, and our attention span is even shorter. For the time we have been given, Rustie is going to make music, and he's going to do it very, very well.

EVENIFUDONTBELIEVE is out now on Warp Records. Grab it now digitally at Bleep. There is no news of any physical release at this time. Keep an eye on Rustie's Facebook for live dates in the coming year. His historical sets in Seattle, both at Sasquatch! and at Barboza, have been excellent. 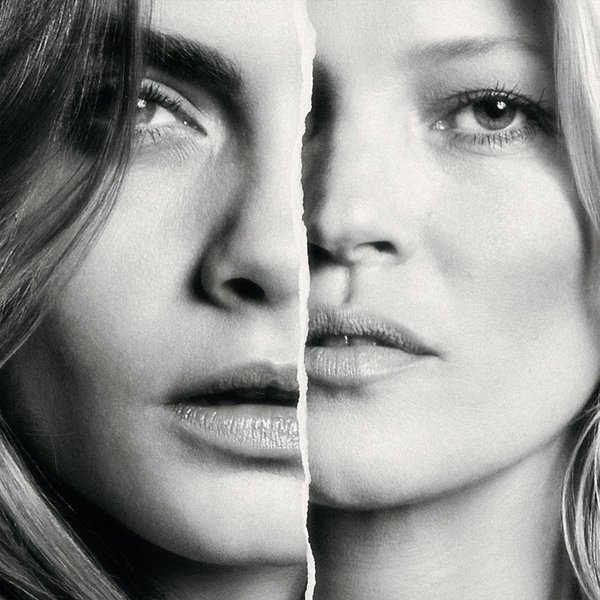 Chromatics have had an unprecedented 2015. The world has been talking about their upcoming LP Dear Tommy since December. We've been listening to its singles since February when we got "Just Like You", quickly followed by "I Can Never Be Myself When You're Around". In April, we got the massive "In...