It’s not hard to imagine a chandelier once hanging from the gold, grated circle located smack dab in the middle of The Neptune ceiling. What’s considerably tougher is spotting the marks of an elaborate and ornate paint job that once encompassed the gold center’s edge but has now faded into the structure’s surrounding whitewash. Though for the observant concert-goer, transformed walls are only one of many idiosyncratic pleasures - along with an uncommonly shallow stage and the serving of popcorn at the venue’s bar - that remind of the massive rebuilding effort transforming the 90+ year-old single screen theater into the U District’s most beloved concert venue. Like Leon Bridges, the night’s headlining performer, The Neptune has successfully revitalized the past.But if the The Neptune embraces history, then Bridges runs headfirst through it, blowing by the confines of his own 26 years history and landing somewhere in the early 60s between Sam Cooke and Otis Redding. It’s a journey that, no matter how effortless his music may sound, continues to be laden with potential pitfalls, not the least of which are inescapable comparisons to the artists mentioned above. In a decade dominated by electronic influences in even the most sincere revivalist works - think 808 drums backing the otherwise 60s influenced organ and guitar in Frank Ocean’s “Forrest Gump” - there is space, even hunger for Bridges’s top to bottom old-school approach, but that doesn’t mean the soulful crooner needs his own identity less than any other artist. So while on the one hand his debut album's climb to #6 on the Billboard charts points to a Neptune appearance as no more than another stop on the road to bigger and better things, the weeknight show also staged a proving ground for the artist to defend his chops and style as relevant beyond reliving the legacy of singers past. 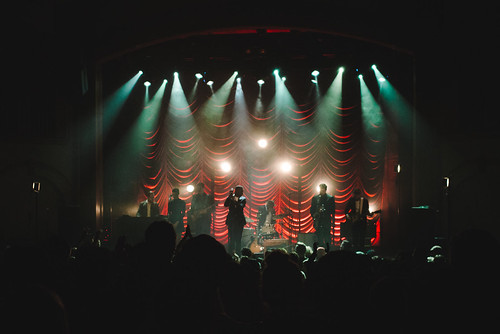 Kali Uchis, who like Bridges, combines the charisma of a solo performer with the musical expertise of a skilled backing band, opened the night with a bubbly set of genre-bending, world-influenced pop music. Beneath dancing beams of rainbow light, Uchis’s songs aptly fluttered through a plethora of different grooves, from smooth jazz to dubby reggae. A down-tempo umbrella of slick R&B/hip-hop production tied it all together, creating a sound that mixed elements of Drake, Lana Del Ray, and the Latin flavors from her own home-country, Colombia. Though for for all her disparate influences, the most intriguing element of Uchis's music may be the maurading danger that lurks beneath her several layers of glam. In one moment, her swirling hips and vulnerable lyrics seem to invite a sort of stereotypical male gaze, while in the next, her razor-sharp whit and take-no-prisoners attitude look to strike down that exact type of buffonery. Juxtapose the imagery from her videos for “Loner” and “Know What I Want” for example. Either way, like the flowery vine prop that spiraled up Uchis’s microphone, there’s an immediate beauty to everything the singer does, and a spiraling mystery boiling beneath it all. 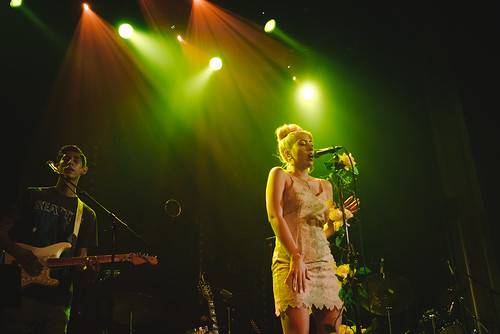 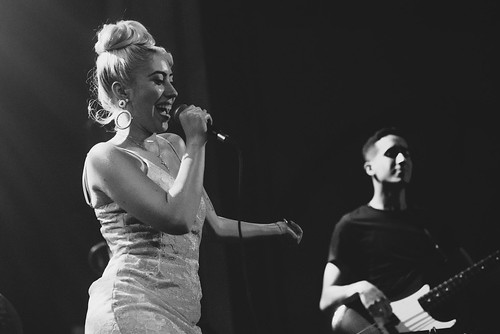 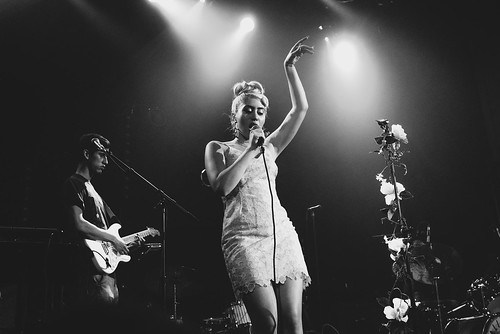 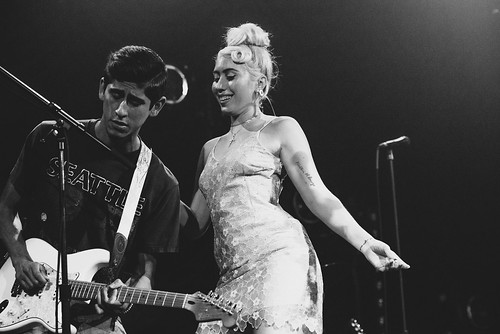 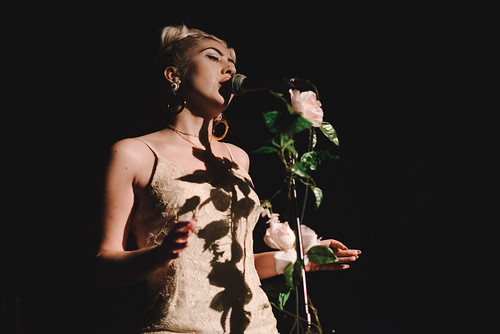 It should be noted that in spite of all the critical hand wringing about Leon Bridges' place in the 2015 pop music landscape, fans of the artist from Fort Worth, Texas, came out in legions to the show, greeting the singer and his band with raucous applause. In fact, a low key Beatlemania washed over most of the night, and once Bridges opened the set with a stripped down performance of his new song “Doris”, it was easy to see why. The young talent oozes cool in every sense of the word. He croons, banters, and dances with no sign of self-consciousness, all the while coming off as gracious, humble and refined. In some sense he is the perfect performer: complete in his control, effortless in his command.

Of course, whenever an artist displays that level of mastery, they run the risk of appearing robotic - an over swing past precision into calculation. The middle of Bridges' set, each song as easy and relaxed as the last, began to toe that line, raising questions of authenticity once more. But almost as soon as monotony reared it’s ugly head, the band faded into the background to let Bridges, accompanied only by his impeccable back up singer, Brittni Jessie, steal the show with the final number before the encore, “River”. There, in the intimate space between a massive crowd and two lone voices, is where Bridge’s makes most sense. Cutting out the clatter of Epihone guitars, pinstriped drums, and a blaring sax, one truth becomes clear above all else: you can’t fake talent. Moreover, you can’t fake soul. Bridges has both. You can hear it in his lyrics, and, in the quieter moments, you can feel it in his performance. And then another truth emerged as he sang, “Oh, I wanna come near and give ya every part of me/But there is blood on my hands and my lips aren’t clean.” No matter how clean Bridges’ music may feel, his songs contain those intangible moments of sadness that can only emerge from real experience. Regardless of style, Leon Bridges tells a story that is all his own. 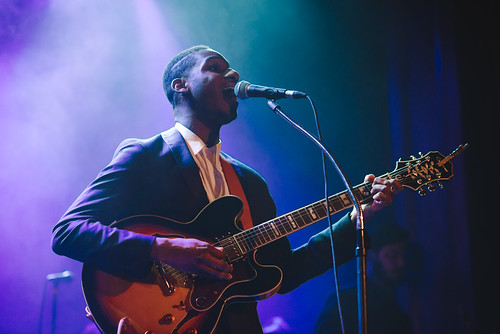 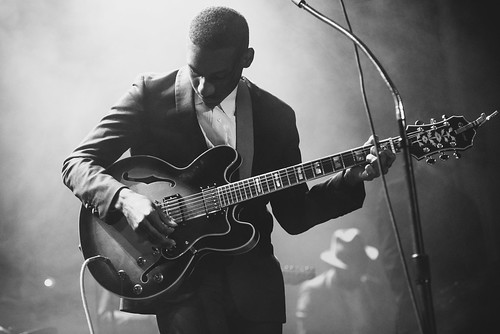 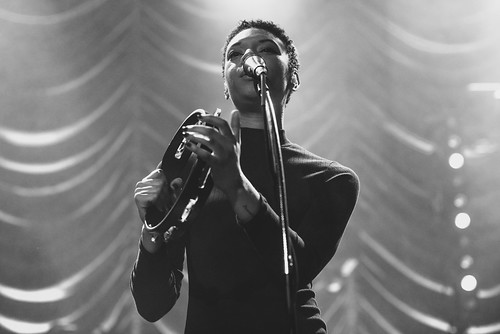 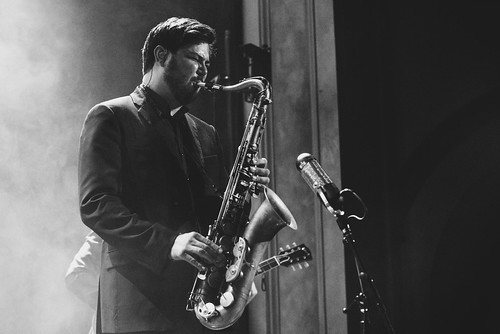 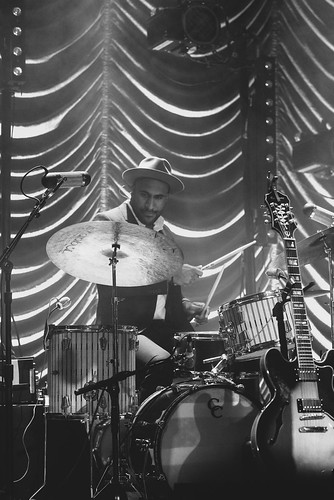 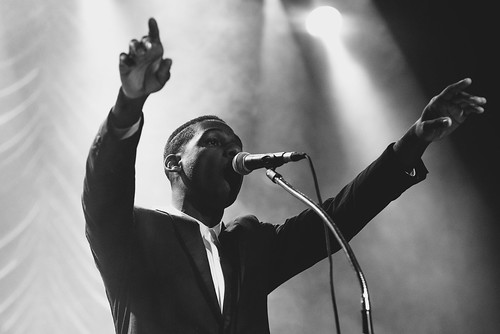 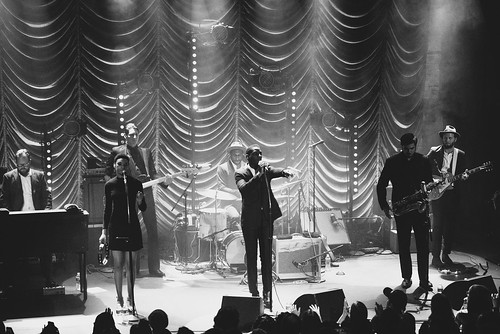 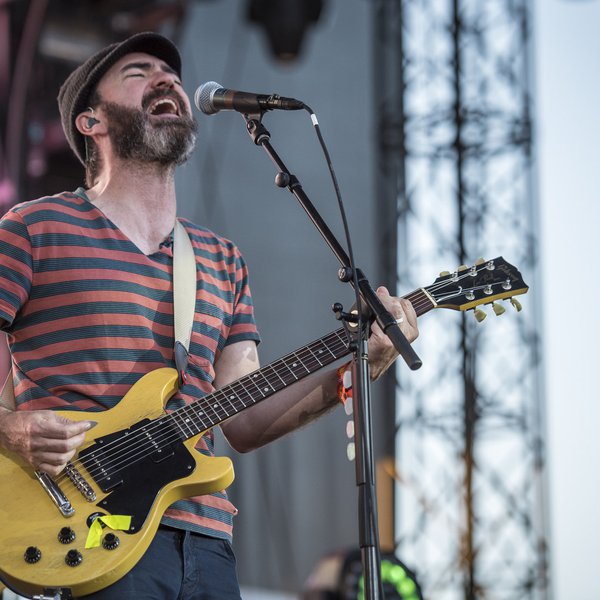 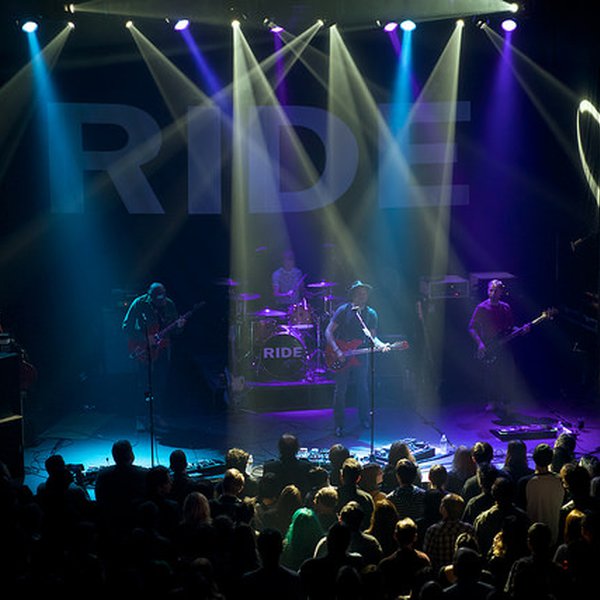 It was a show most of us have been waiting 25 years for. It took the anniversary of their 1990 debut, Nowhere, to get Ride back together, and thankfully the boys made it very worth the wait. 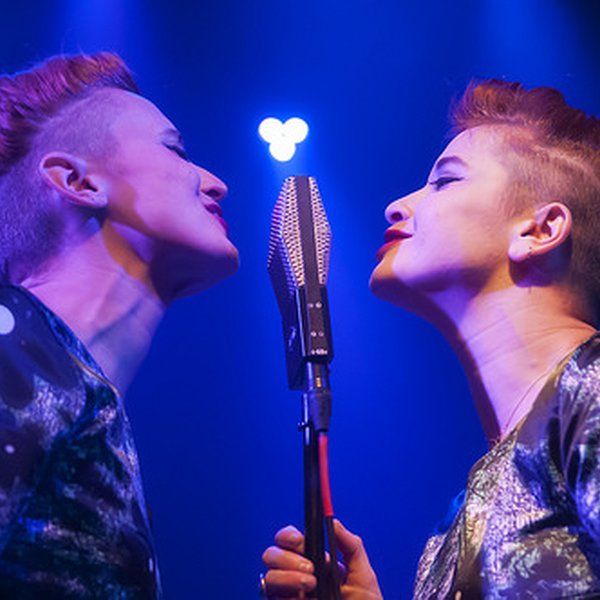 The old Ballard clock tower chimed 8 o’clock Monday night and met a persistent and meandering line of excited music fans, waiting to enter the threshold of the Tractor Tavern, for the sold-out show to benefit KEXP's new home with Lucius and NAVVI. Lagunitas was on tap, with a portion of the proceed…