There’s something about the Paramount Theatre’s gold leaf decorum that marks the performers who grace its stage with a certain undeniable importance. Upon entrance through its opulent but tasteful lobby, one can’t help but observe that this is not the place for overnight sensations - if not just because the venue’s near 3,000-person capacity demands a headliner with a serious fan base, than because the hallowed theater’s 80+ year history requires a type of immaculate performance that decades of memorable shows have made nearly standard.

Last week, Beirut and Julia Holter, both artists with deep and varied discographies, were more than up to that challenge. On the last night of their combined fall tour, both acts delivered the unique type of complete performance that points less to artists who’ve finished a creative journey and more to explorers with shockingly high success rates in their on-going adventures. Closer to epics than novellas, their sets weaved unique stories from each song until the individual threads turned into complex tapestries with surprising fluidity. These are the types of subtle performances that still bring audiences to their feet. 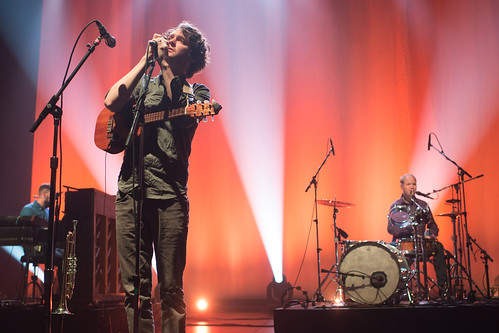 If you knew nothing of Julia Holter or her band coming into the night, a quick glimpse at the group’s stage set up would give some key clues as to what they’re all about. Holter’s Nord keyboard in the middle, flanked on either side by classical instruments, a sheet music stand for the violinist to the right, and a sparse but gleaming drum set in the back - it all pointed to a pop group with serious classical leanings. But where other contemporary artists with similar make-ups can lean heavily on breezy Baroque era melody and counterpoint, Holter and her cohorts dove headfirst into the post-modern and experimental.

Though for all the expansive tendencies, much of Holter’s set also came through like a neatly bookended in journey - darkest in the middle with beacons of light on either side. The trip reached its high point with the effervescent, “Sea Calls Me Home”, a song breezy enough to assuage if not totally dismantle the tense build up from earlier wanderings in the set. When Holter and her band dole out their more savory pop hits, they’re sweeter for the wait and more poignant for the precision behind it all. 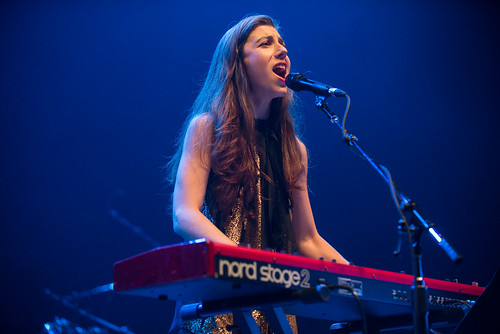 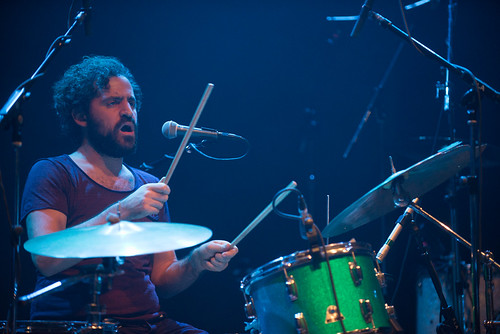 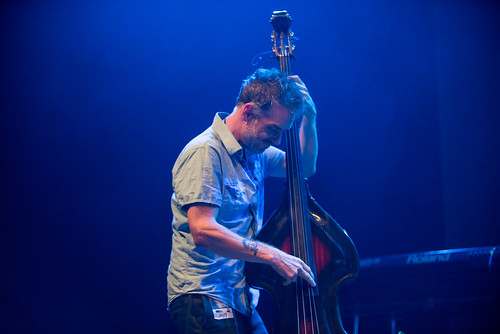 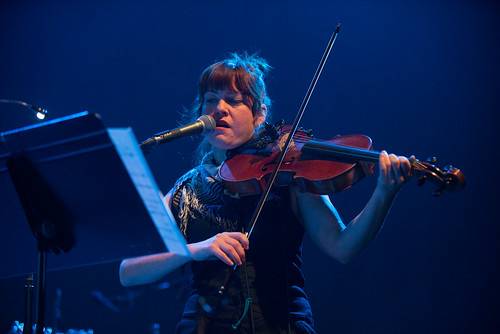 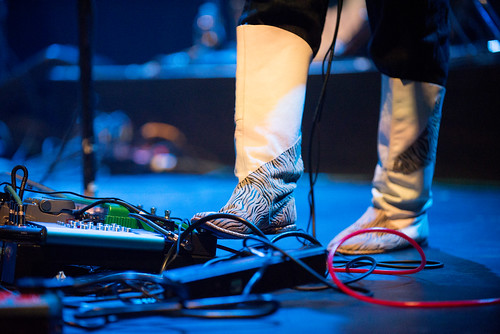 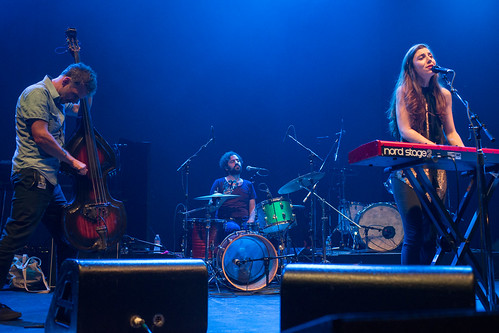 Beirut undulate on a similar pendulum between concise pop and rangy exploration. If not exactly experimental in the same way as Holter, songs such as "The Shrew", adorned with separate movements and grandiose horn ornaments, offer a complex counterpoint to the neatly packaged “East Harlem” and “Scenic World”. Beirut boldly opened with both of the latter in addition to “Elephant Gun”, a move that made clear their set wouldn’t be dictated by the group's more radio friendly songs. (Although, when a band can knock out three classics at the top of a set and still hold a song like “Nantes” in the holster for the end, it’s as much a sign of luxury in choice as discerning set decisions.)

But in between flexing their muscles with globetrotting epics such as “Gulag Orkestar”, whose theatrical elements are particularly well suited for live shows, something peculiar started to take place with the band's simpler songs, many of which come from their latest album, No No No, out on 4AD. While these lighter tracks could easily have come off as filler between their more "serious" work, the spacious arrangements instead allowed for frontman Zach Condon’s voice to croon more freely than ever, drawing out one of Beirut’s undisputed strengths: the ability to lean into the infinitely small space between melancholy and comforting. As much as anything, Beirut provide the same warmth as perfectly heated soup on a sick day or slippers you run to after a trek in the snow. While many of their indie-pop contemporaries are happy to provide the soundtrack for your next beach picnic, Condon and company shine brightest in the dark. 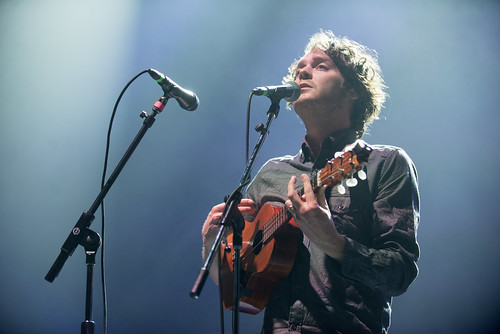 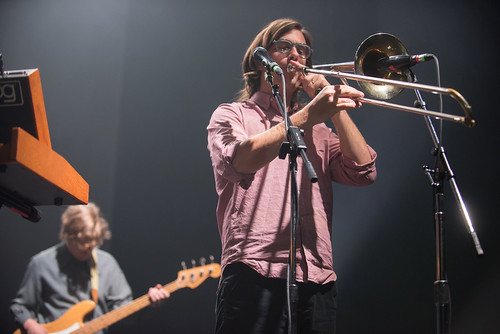 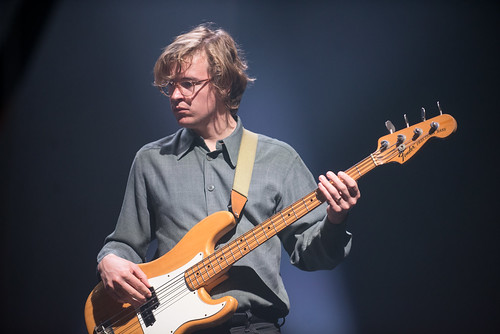 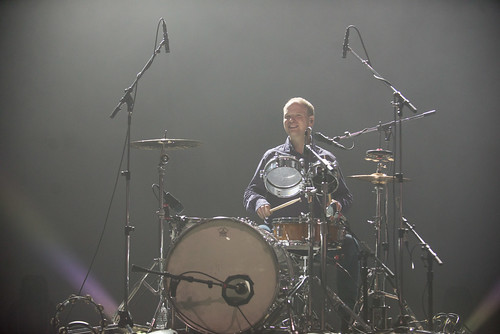 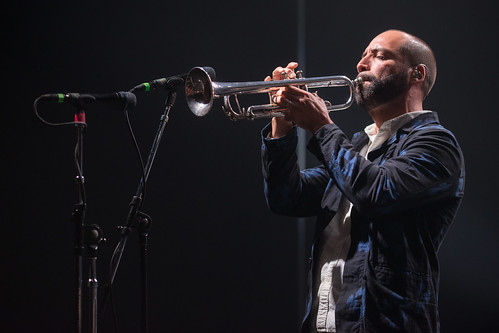 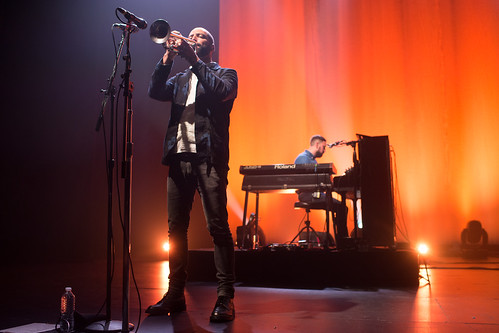 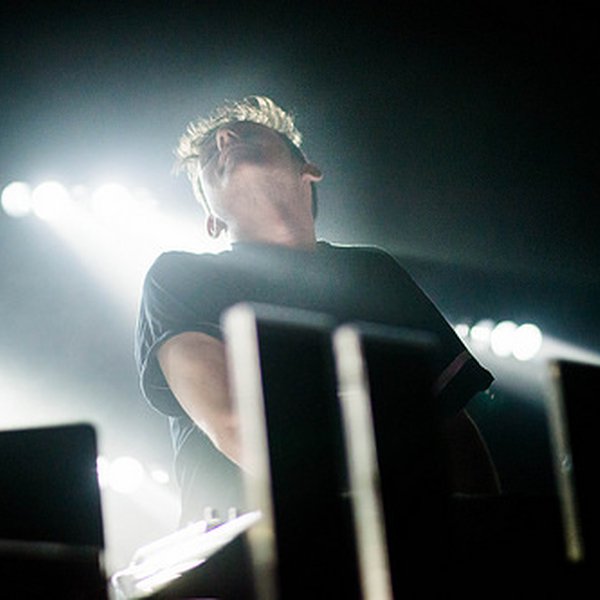 In the haze of the smoke machines and blue lighting at the Crocodile, as a packed in crowd at a sold out show danced relentlessly to the bass-heavy tracks booming from the stage, we collectively celebrate one thing: brilliant songwriting. If there's one commonality between the two acts on the bil... 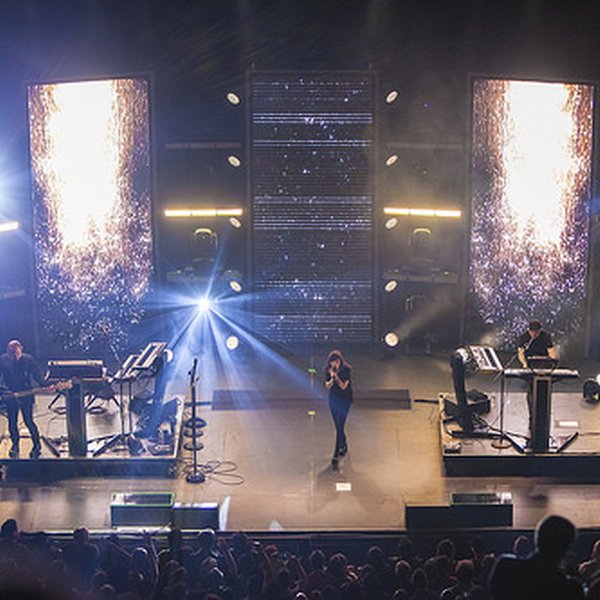 A massive lighting rig. Pulsating four-on-the-floor beats. A constant, insistent bass presence in every song. Choruses that, in the moment, seem like they can actually propel the audience to the heights the singer is claming she'll go to. This is not Chvrches, the Glasgow basement project that em...