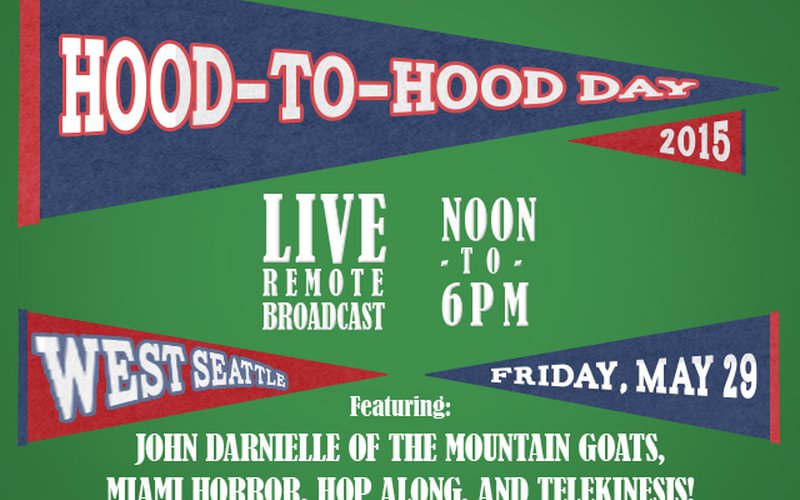 The word on West Seattle is that once you live there, you will never move to another neighborhood in Seattle. Find out what all the fuss is about as KEXP celebrates Hood-to-Hood Day West Seattle! Join us this Friday, May 29, as we salute the beloved neighborhood, winners of last year's Hood-to-Hood Challenge, with a day of free music and fun!

From noon until 6PM, at the West Seattle Junction (on the scenic intersection of Alaska and California), there'll will be dancing in the streets with an incredible line-up of live music, starting at 1PM with a solo performance by John Danielle of The Mountain Goats (who play a sold-out show at the Showbox the next day). After that, breezy Australia electro-pop group Miami Horrow takes the stage at 3PM, followed by West Seattle's own Michael Lerner of Telekinesis performing some brand new songs. Buzzworthy Philadelphia band Hop Along will close the broadcast and blow your mind with an impassioned set of 90s-influenced rock.

If you love it all, you can bring Hood-to-Hood to your neighborhood (or bring it back, ahem, Ballard) with the next one-day drive, on Friday, June 12th.

Below, watch a few videos to get you in the mood and be sure to read about Hop Along and Miami Horror when they were featured as Song of the Day podcasts. 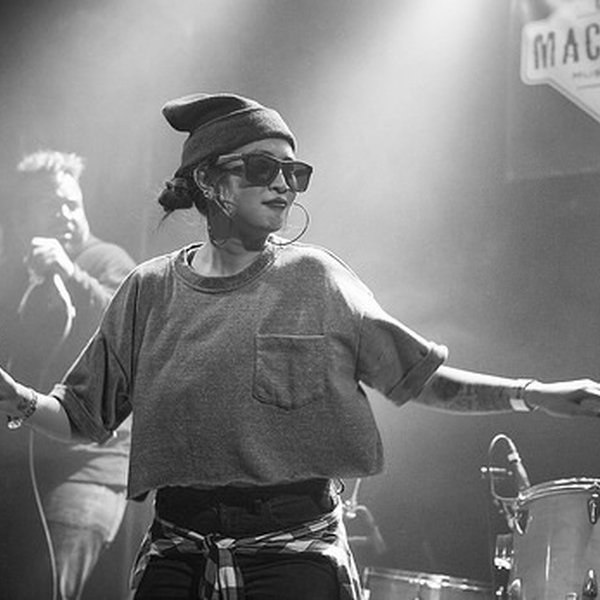 This past weekend, Macefield Music Festival presented a stellar lineup, with performances by more than 20 Seattle bands over the course of the 3-day celebration. A diverse set of music fans strolled the Ballard neighborhood to see shows from some of the biggest players in Seattle's indie music scen… 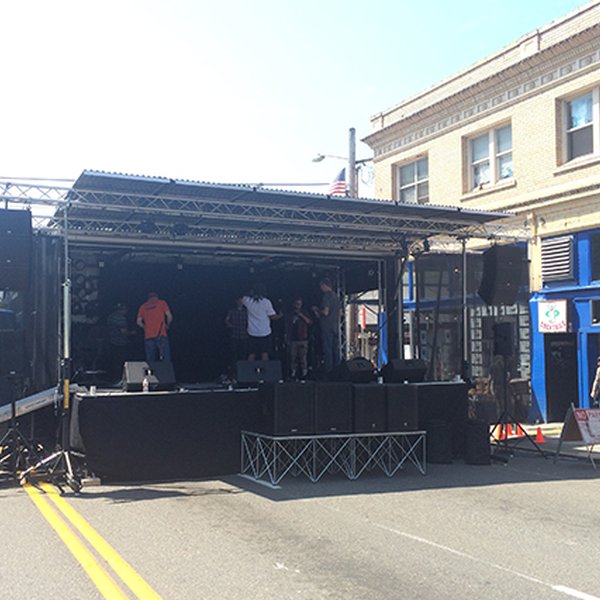 Come celebrate West Seattle with us today! We are just about to start our live broadcast from the West Seattle Junction (on the scenic intersection of Alaska and California). Come down for free music and fun at KEXP's Hood-to-Hood Day 2015. 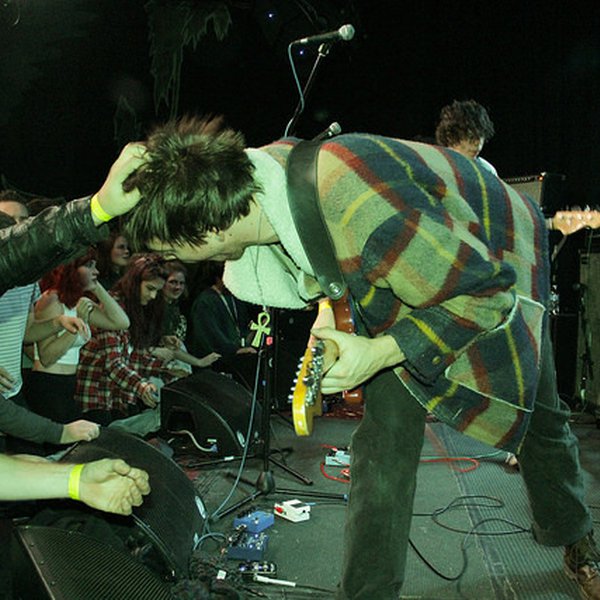