Tacocat is a band of closet-knit friends who like candy, having different color hair, joking and experiencing ice-cream-induced food comas together. Emily Nokes is the frontwoman for the band, and, it should be noted, sent the responses to these question over in different colored font! I hope you enjoy this super-fun interview!

There’s a great balance of sincerity and playfulness to Tacocat’s music. Is this something you can explain?

I'd say that balance comes from our personalities – we share political and social views that can be serious and very sincere, but above all we're interested in positivity and fun. We also share a very similar sense of humor, so I guess we're more likely to fight fire, or jerks, or bigots, or whoever with humor. Satire and knowing when to roll your eyes are more powerful tools than you'd think. Plus, laughing at assholes is much more satisfying than blowing an anger gasket. You gotta care, but taking yourself too seriously is the worst.I get the sense Tacocat is in something of a sorority/fraternity group with other great Seattle bands like Chastity Belt, Childbirth, La Luz and Pony Time. Is this fair to say? If so, what's Tacocat's place in this merry group?

I'd say that's fair! We tend to gravitate toward lady-powered bands, or any bands with great people in them. I think we saw Chastity Belt's first-ever show in Seattle when they still lived in Walla-Walla. We were really excited when they moved here. And Pony Time has been one of our favorites since the beginning. Chilbirth is the product of "When three bands REALLY like each other, like Tacocat and Pony Time and Chastity Belt like each other, then sometimes another band comes out of that love!" I think they might hate for me to say this, but that's a supergroup right there. Luke (from Pony Time) and I have threatened to start our own rival side project revenge band, so stay tuned for that! La Luz are our label mates. I think Bree and I first saw them at 20/20 Cycle maybe? Before they were signed or anything, and it was so great. Shana is also a talented visual artist. I'm looking at one of her pieces right now. Twin girls playing guitars. Really excellent. I'm supportive of all the rad babes in Seattle's music scene, I think everyone's doing a great job right now.

You all were recently on the Billboard CMJ top 10. How did you celebrate?

First, we giggled and got really excited – there may have been some squealing – then, we went out and purchased the Rolling Stone with us on the back page on that chart, at #10 (KISS was on the cover). I called my parents; we posted 300 photos of it on the internet, then I believe we used the band fund to buy dinner and drinks and probably candy and weed. Since we've been back, I keep forgetting to buy the one with us at #7 (Julia Louis Dreyfus is on the cover, naked, with the Constitution written on her back – sorry KISS, that's way more badass). Where does a person even buy magazines? I'm thinking about the QFC near my work and I can't visualize where the magazine section would be.

I love the multi-colored hair, the big bubble gum bubbles. In what ways do you go about talking over your aesthetic?

Thanks! We have never really discussed our aesthetic, in that we have one or want one, you know? Since we've known each other, we just happen to have super similar tastes, and tend to share clothing and ideas in a more informal way, like any friend group. It'd be more like Lelah and I having conversations like "Hey, your hair is kind of pinkish purple, do you care if mine is blueish purple?" or "Let's dye our hair peach and pink!" Sometimes we all bring the same shoes on tour – we all have matching high-heeled jelly shoes (except for Eric) in different colors. More often than not, we're accidentally matching, or each wearing a different primary color. Eric and I are the candiest candy fiends in the band, for sure, so I think we've pushed that aspect into our band. One of the first songs I ever wrote, "Peeps," was about the marshmallow Easter candy. I guess that's been in our recipe since day one. Lots of sugar, lots of color, lots of hair dye, glitter, et cetera.

Does the band hang outside of practice and gigs? What do you like to do?

All the time. If we weren't in a band, we'd probably still just be hanging out anyway. We're very much a best friend band. We still keep texting each other post tour, "HEY I MISS YOU, SHOULD WE GO SIT IN THE VAN TOGETHER?" Outside of shows and practice, we like a good karaoke session. A good tattoo session. We still need to get our matching NVM tattoos! We watch a lot of reality TV together, we get "too stoned" (a lot) together, go to shows together, visit each other at work... Bree and I have both had multiple Thanksgiving dinners at Eric and Lelah's family's houses in Longview, WA. Bree keeps trying to get me to go to yoga, some kind of yoga with a gong. I guess I might take her up on that offer soon.

What was the moment when you all decided on the palindrome name Tacocat for the band?

Bree actually came up with a list of possible band names back in the day, and "Tacocat" was on there, and someone said, "That's what an eight-yea-old would name their band." So obviously, that was the right choice. I remember being really excited about the name and Lelah and I making a bunch of Tacocat images in class (we went to art school together). Cats wearing taco costumes, TACOCAT as the Taco Bell logo, et cetera. Really getting the most out of that education. Our MySpace looked really cool, too, before they made it horrible. I think we had animal prints and hearts and blinking glittery words. RIP MySpace.

What’s coming up next?

Oh! On May 1st, we're introducing our new ice cream flavor at Bluebird Ice Cream on Capitol Hill! It's called Chaco-Tacocat and will have Chaco Taco pieces in it! We're DJing there and eating as much ice cream as possible! This is really a dream come true. We're playing Sasquatch on May 25th; heading to Calgary for a pre-Sled Island show in June, then playing with Built to Spill and a couple other cool bands at the Fremont Fair on June 20th. Looking forward to a full summer, then hopefully writing some more tunes and touring again as soon as possibly possible. We'd love to get to Europe or Japan soon... ahem...  HINT HINT EUROPE AND JAPAN, INVITE US OVER! 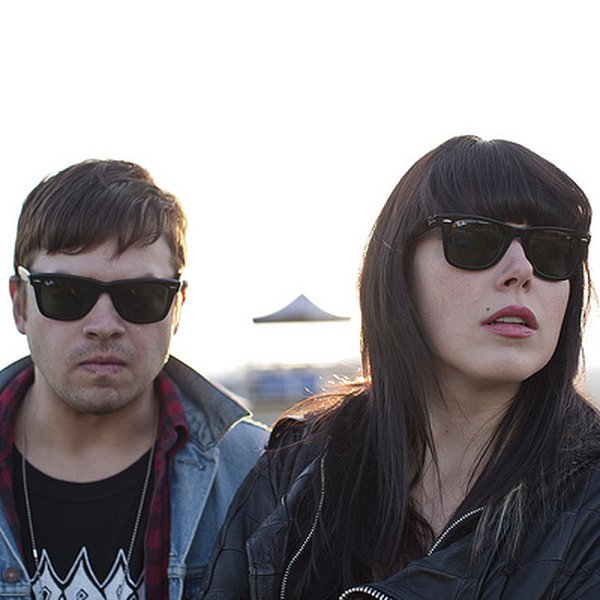 Sadly, we lost Chicago footwork pioneer DJ Rashad earlier this year, but before he passed, he and his Teklife crew did this remix of the Sleigh Bells track "Young Legends," off their most recent release, Bitter Rivals. Check it out below. [Stereogum] 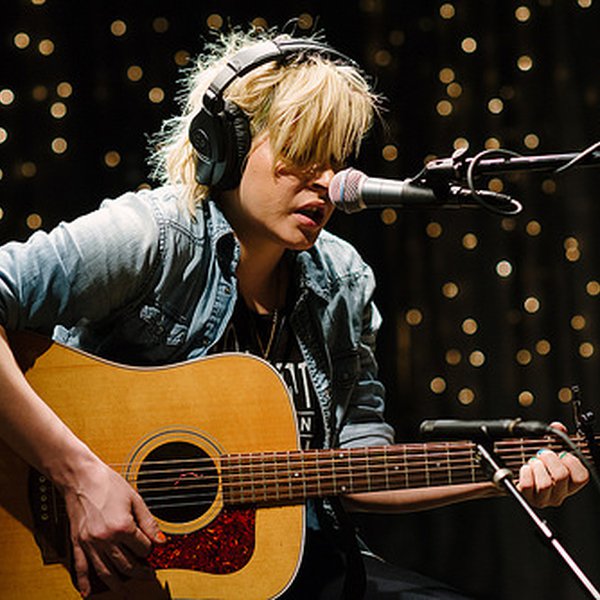 Star Anna released her latest full-length album, Go To Hell, last summer and has been playing gigs all around Washington - and the country, for that matter - showcasing her distinctively beautiful, gravely voice to crowds of all sizes. Often, Star can often be found with her dog Forest by her side …