Many know Sam Anderson from the band Hey Marseilles. But most don't know him for his new solo project, Arkomo. Well, not yet, anyway. Anderson, who plays guitar, keys and stringed instruments, is a multi-talented musician working to build Arkomo into something — what that is, specifically, is not 100-percent clear. But that won't deter him from working, writing and playing out. We caught up with Anderson to talk about his new project, the reactions he's received from his songs and more!

You play in the well-known band Hey Marseilles. What then made you want to write, record and release songs under the name Arkomo? Were there any other Seattle musicians inspiring you to do this? What's the story behind the tunes?

For me, writing and recording songs of my own is an important outlet for self-discovery and experimentation while playing with others is more about communion. The band Hey Marseilles is a wonderful outlet and experience that I have learned much from in the last seven years and look forward to a long future with. When I'm not touring, I work on my own music every day. There is a lot of materiel to choose from and it was difficult for me to actually commit to releasing anything. What I did notice when I first began playing the materiel for friends was that it upset most people's projections of what style of music I would or could make; this feeling stimulates me. I'm amused by the way people label me and enjoy richly the ultimate freedom that I have to express whatever I feel with music.The songs are textural compositions, I use tone palettes and beats to draw the audience in to something different and hard to put a finger on. I typically write lyrics to the music, doing passes over the songs "scatting" and then extract the lyrics from those sounds and weave them together. The words are important to me, I try to tell the truth and sing whatever is in my head.

What did people think you were going to play them, musically? How had they pegged your style before seeing what you were making?

Most of my audience expected something more "cello-y." I heard that several times. Or at least materiel that sounded like any of the bands that I have played in. It's pretty weak to try and pigeonhole anyone but people will never stop trying to own you in that way.

Where does the name Arkomo come from?

The name itself is actually pretty random. I wanted a moniker for my sound and image so that I could get more in character, something that sounded like a name that people would identify me as but that could also work for a group. The name was created as I improvised phonetically with different sounds that I was drawn to.

It sounds like this project is really near and dear to you and you’re using it to explore sides of you that you haven’t had a chance to yet, musically. What’s the scariest part of this exploration? What is the hope for you and Arkomo?

Yeah this is definitely something that I have a very serious connection with. The exploration comes naturally. What is scary is when I prioritize my art over personal relationships and end up in dark periods of isolation where all that I tend to is the music. Sometimes my best materiel comes out of this place but it does make me wonder what the future has in store for me. My hope, frankly, is to make something so good that it sells itself. That's near impossible, of course. But I have the ability and the drive so why not me?

Do you feel a looming sense of fear in terms of personal relationships when deep in your creative space? Must necessitate creating relationships with people that understand that, no? Is that more than a difficult challenge?

It seems like a big challenge to answer the phone or even respond to a text when I am in that mode, like down-shifting to first gear on the freeway. Just being accessible is like one of the basic tenants of a relationship so yeah, it's difficult to communicate to someone you care about that sometimes you're out of reach because you're so deep in your head. In intimate relationships, I want to feel like I have the communication skills to prepare someone for what it feels like when I choose my work over them but it always hits hard and personal. Not that one couldn't understand that, just that I haven't met them yet (laughs).

Okay, enough serious talk! What do you do for fun outside of music? Where do you like to go to hang out in Seattle?

I climb at the Seattle Bouldering Project and generally like hanging out in the Southend where I live. Tin Umbrella in Hillman City is my local coffee shop and seriously is the cutest place you could wish for. Other than that, I like to cook and eat and browse the jewelry and artwork at Ghost Gallery on Capitol Hill.

What’s next for you, musically?

Developing the live Arkomo set and playing some shows around town. I'm also producing records for several local artists and working on an assortment of smaller projects and collaborations. It's going to be a busy year! 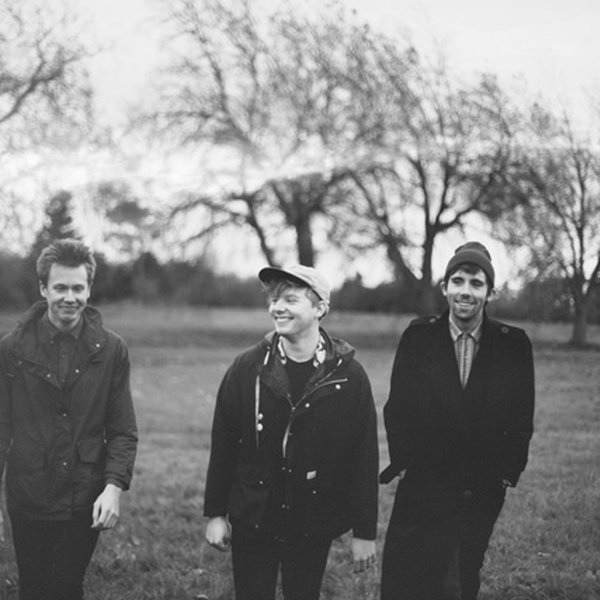 Song of the Day: Lures - On Tape

Every Monday through Friday, we deliver a different song as part of our Song of the Day podcast subscription. This podcast features exclusive KEXP in-studio performances, unreleased songs, and recordings from independent artists that our DJs think you should hear. Today’s song is featured during ...