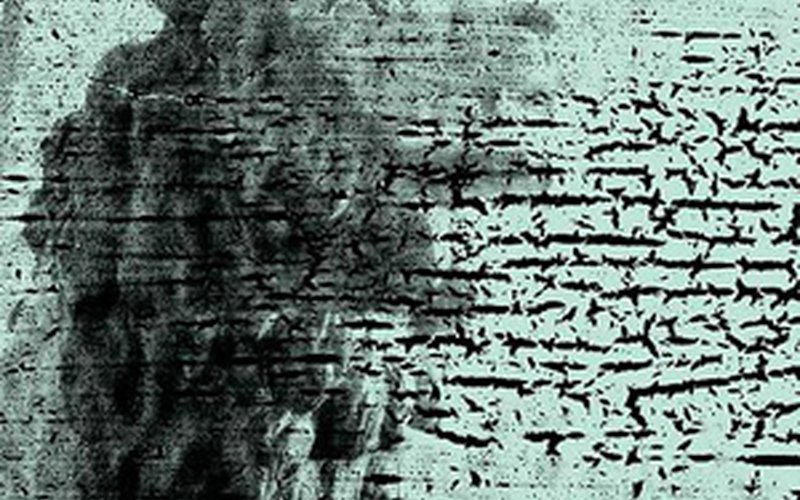 Love him or hate him, you simply cannot call the Billy Corgan of 2014 predictable. For the dedicated Smashing Pumpkins out there, this fact is a wonderful, rewarding thing. Sure, Billy is currently rolling out an extensive set of rereleases and remasters of the classic Pumpkins years, each complete with an elaborate collection of rare candy of both the captivating and bizarre types. But Corgan has stayed incredibly busy in the cracks in between. Back at the end of 2009, he announced Teargarden By Kaleidyscope, a 44 song concept driven "super album" that would be rolled out over the next however many years it took. Starting with the epic "Song for a Son" in December 2009 and moving through a plethora of different sounds each month after that with a new track, the Smashing Pumpkins took on a new look and a new lineup with reassuring prestige. Corgan dropped 10 Teargarden tracks digitally before (thankfully) realizing that independent song-by-song rollout was not the best option for the Teargarden project, then announcing the first of three albums within the Teargarden super album with Oceania in 2012. With Oceania, Corgan revisited the sounds of the recently rereleased Siamese Dream, balanced equally with the new Teargarden sound, giving fans new and old a memorable experience in an epic 60 minute record.But early this year, once again, it seemed time for more change for the Pumpkins of the modern day. Oceania bandmates Mike Byrne and Nicole Fiorentino bid farewell to the Pumpkins and Corgan opened a tea shop, played one-off psychedelic noise interpretation of Herman Hesse's Siddhartha, and dropped a freakishly long album of experimental electronica called AEGEA, released only on limited run vinyl sold at the tea shop. Oh yeah, then he also announced two Pumpkins records for 2015, finishing the Teargarden cycle. This week, we get the first of those two promised records just a bit earlier than expected with Monuments to an Elegy. Employing the drumming excellence of Tommy Lee and manning every other instrument himself, Corgan cut the Oceania time nearly in half for the leanest, meanest, and most accessible Pumpkins record in 20 years. Better yet, Monuments is 100% Teargarden Pumpkins - no throw back tease necessary for this LP to rock your socks off. Heading into 2015, Billy Corgan doesn't seem to be slowing down for anyone, but before he jumps on another project, you should take the time to let Monuments to an Elegy settle on your brain - it's a brief but beautifully crafted effort from a master songwriter that should not be ignored in these last couple weeks of the year.

Two years ago, Oceania opener "Quasar" reintroduced us to the Pumpkins with an extremely conscious nod to the Siamese Dream years. That ripping guitar, those octave-hopping bass riffs, and the ravenously pounding drums all carrying Corgan's call to God and Krishna like a flaming chariot through the sky. While that's all fine and dandy, Corgan is better than a throwback - over the last five years, he has given us some of the most daring, unpredictable work we've seen from the Pumpkins name maybe ever. And thus, hearing Monuments open on "Tiberius" with a quiet Rhodes piano exploding into a 6/8 synth-rock rock opera-ready masterpiece - that's the kind of stuff that gets blood pumping. "I've seen the world upon a thousand dreams, and still I love you, like everything, it goes and goes", Corgan sings. The song remains the same, but approaching it anew with a fresh perspective continues to give Corgan another shade to explore, and that's a great place to be for the Pumpkins of 2014.

Corgan continues the nods to new wave he made on early Teargarden tracks like "Lightning Strikes" and "Owata" here on Monuments. "Being Beige" follows "Tiberius" with the softest, warmest pop track Corgan has made since "Perfect". "Anaise!" is a synth and bass groove that feels like nothing Corgan has really ever done before. And really, that's saying something, because in case you haven't been paying attention, Corgan's track record covers a hell of a lot of ground. "Run 2 Me" takes it even further into full pop territory, as upbeat piano and synth take full precedent in an explosively positive call to loving arms that feels more like the Passion Pit cover of "Tonight, Tonight" than the original. Finally, the third-quarter wonder "Dorian" throws a wonderful piano and synth over a "1979"-esque drum track for a lovely and melancholy piece of magic. Yet somehow, none of this new territory seems terribly alien in Corgan's hands. It's funny that it still seems surprising when it happens... shouldn't we be used to this by now?

But for all the guitar lovers out there, Monuments brings nothing to worry about. "One and All" is the heaviest track of the bunch, manning a great "up in arms" togetherness versus singularity juxtaposition. "Don't you mind if it's me at all?" Corgan screams - it's a great counterpoint to the groupthink that dominates the hook. It all works together for a great cut to blast while driving down the freeway. "Drum + Fife" is the most classic Pumpkins track of the bunch here. A seriously groovy bass line guides smart guitar and synth strings forward over Tommy Lee's best work on the record. The pieces all fit together to make for a wonderfully powerful rock track, reminiscent of the best of the Machina era. "I will bang this drum 'til my dying day", Corgan sings - no complaints from us. This sound continues at the end of the record with "Anti-Hero". The verse is a bit power-prog, but that chorus hook is one to die for. Corgan lets all the horses loose on one burner of a guitar line, ending the record with pure electricity, as it fully deserves.

But the crown on Monuments goes without a doubt to the title track. Here, Corgan combines all of the above elements to make a track that could only exist in 2014 for the Smashing Pumpkins. The instrumental is pure brilliance. The intro is a blistering guitar grind topped with a diamond synthesizer, all as Tommy Lee gives it all with a machine gun snare and enough cymbal fills to drown someone. Plus just for kicks, it sees the best placed Corgan guitar squelch since "Mayonaise" - all wonderful stuff. Lyrically, it's a personal statement like none other on the record. The verse is a reassurance: "I feel alright tonight... alright, alright, alright", Corgan sings over the pounding drums. But with the bridge comes an unknowing - an ounce of anxiety. "What do you want me to say? I'm lost like you", Corgan sings to a distant lover, before returning to the chorus admonition of "Lover, you're strange to me". It's almost like Corgan sings to his audience here. Pounding forward through the day with a confidence and solidarity that is only shaken in the dark of the night, as the horizon isn't as clear. But it's that strange balance that continues to lend prime opportunity to Billy to change his tactics. And as the Pumpkins continue to evolve at breakneck speed into future, there's no room for "remember when". These are Monuments to an Elegy, after all - there is remembrance, but there is also the new dawn.

Monuments to an Elegy is out now on Martha's Music. Billy is currently working through a short tour following the album's release, but no Pacific Northwest dates have been announced at this time. His touring band includes guitarist Jeff Schroeder, drummer Brad Wilk (formerly of Rage Against the Machine), and bassist Mark Stoermer (of the Killers). Work on the Monuments follow up Day For Night (also the last piece of the Teargarden by Kaleidoscope super album) is already under way! 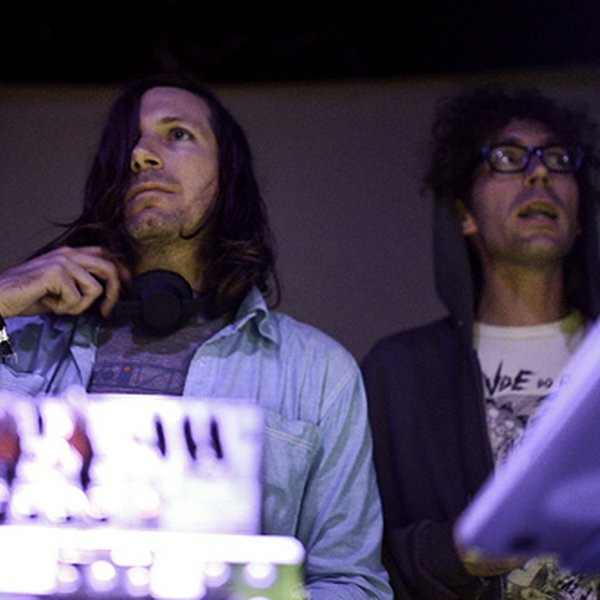 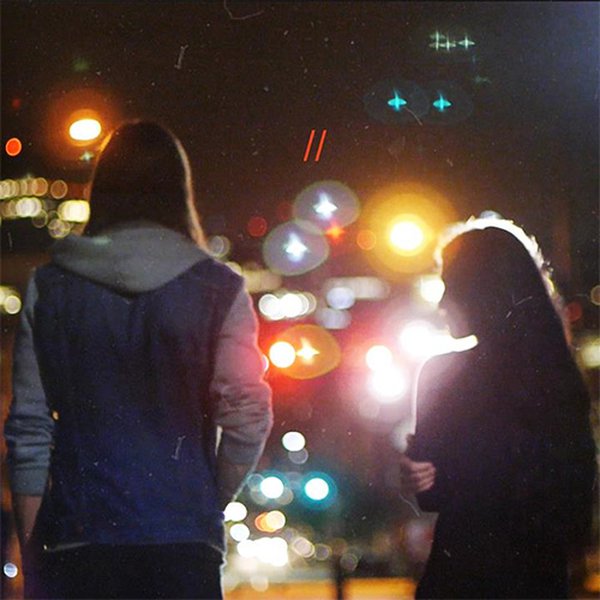 Seattle electronic duo NAVVI have enjoyed a steady climb towards full scene integration over the past year, and with the band's first EP out this week to plenty of web hype, it looks like nothing is set to slow it moving forward. Brad Boettger and Kristin Henry introduced NAVVI to the world in Octo…