One might have thought that after the wild party thrown by FM Belfast, Kex would have calmed down a bit. But the beer fueled buzz continued and the room stayed full. We closed out an amazing second day of our Iceland Airwaves broadcast live at Kex Hostel in downtown Reykjavik with yet another dose of fun electronic dance party in the form of Icelandic producer, DJ, and button masher Hermigervill. He's worked with a number of area artists, including Retro Stefson (whose tune he remixed tonight) and several others. Live, Hermigervill does much more than just fade from one track to another. He mixes produced tracks with live keys and drum layers, plus theremin and other fun sounds.

Hermigervill opened with bleeps and bloops that built to a throbbing, bass heavy beat with fat, tasty synths. His long orange hair bounced and flailed wildly as he added and subtracted sounds. He clearly has a passion for the sonic palate of the 80s, with funky and energetic retro inspired lines running throughout the set. The third track, "The Basics" opened with reverb-laden vocal samples and an 8-bit dub reggae sound, reminiscent of Jahtari Records and the German digital dancehall scene.

Hermigervill isn't content to stick to one genre of electronica. "OK, now I'm going to do something different," he announced. "Do we have any lovers in the house," he asked to cheers. He launched into another funky, high energy song with digital synths and a very danceable beat. This tipsy crowd came ready to party, and stayed to do just that. The fifth song was another digital dub number that displayed Hermigervill's impressive control of the theremin tone, which he used to mimic the song's refrain. After his six song set, the crowd was nowhere near ready to let him leave. They insisted on an encore, and Hermigervill delivered a more uptempo dance number that still echoed some of the feel of that chip tune reggae. Much of the audience seemed to know this instrumental number and sang along to the wordless chorus of "ohh-ohh-ohhh". It was a great finale, and the crowd spilled out in to the dark, chilly streets to see what official Airwaves venues had to offer.

Join us tomorrow for eight more hours of the best Airwaves has to offer, delivered live to your radio and computer. We've got Seattle's own La Luz, plus Young Karin, Prins Póló, Kimono, HAM. Find more info here. 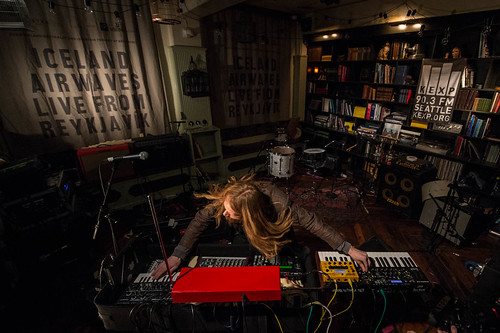 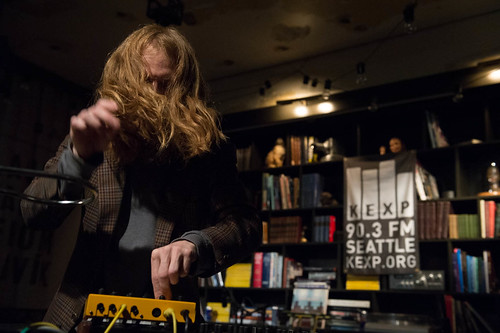 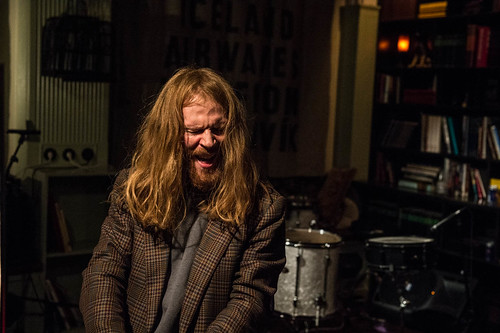 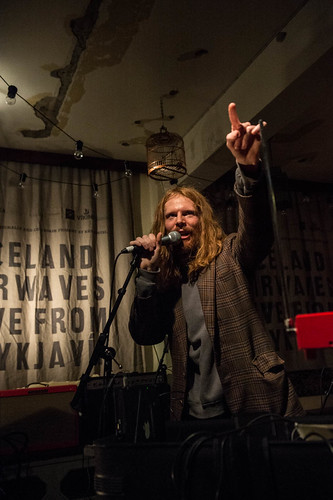 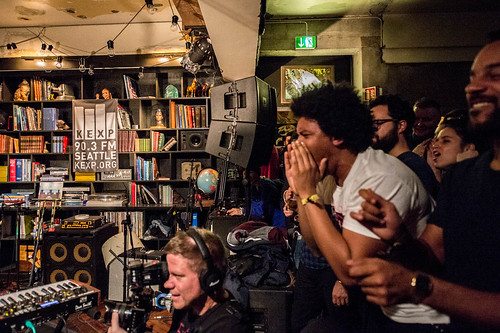 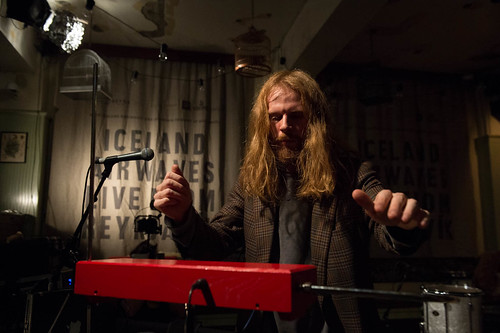 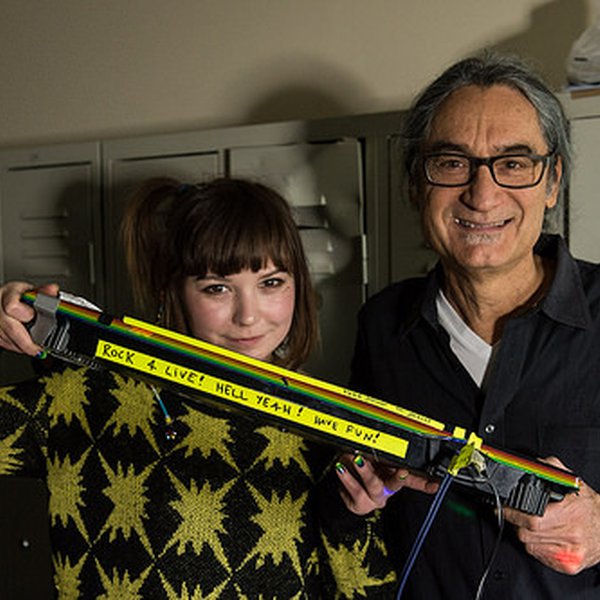 KEXP at Iceland Airwaves, Day 3: Have Fun Every Day, All Future!

We woke up Kex Hostel this morning with a surprise dorm room performance by DJ flugvél & geimskip, who rolled in all her equipment on a cart equipped with a speaker, lit incense, turned on some DJ lights, and greeted the sleepy travelers with charming electronic backed songs about evil cats, ... 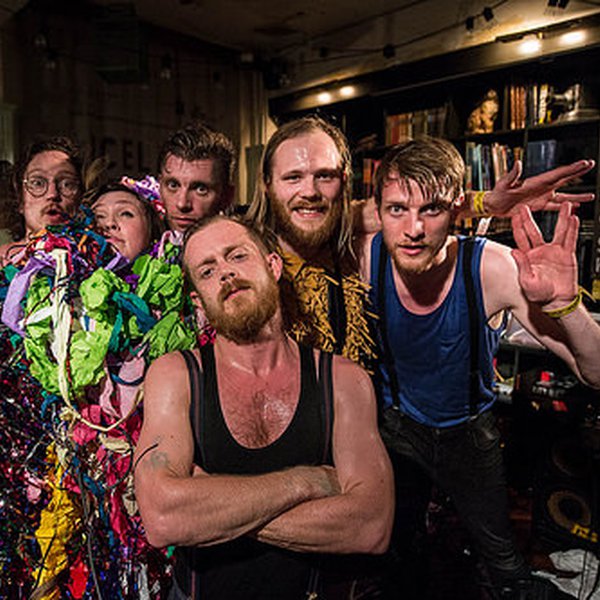 Did you come to Iceland Airwaves to lose your mind? FM Belfast and their fans certainly did. Our fourth show of the day at Kex Hostel was Iceland's highest energy party act, as we once again featured the typically headlining band in this very intimate space during our broadcast. This electro pop ...