Little Big Shows tend to sell out - that much is true. But with Little Big Show #10, Seattle broke a ground speed record, as tickets were gone almost before they even appeared. Every few months, KEXP joins Starbucks Seattle Theater Group to spotlight a Seattle charity with a show at the Neptune Theatre so that 100% of the ticket proceeds go to fund a cause that deserves it. And when the bookings are as good as they are, that means that the charities of Seattle that get help from LBS are going to get a packed house's worth of support. For LBS #10, proceeds are going to ArtsFunds Power2Give project, which gives regional art projects the funding they need to benefit the community.

And the star of the most recent spectacle, you may ask? Last Saturday night, Bremerton native Benjamin Gibbard took the stage, with support from Eric Anderson of Cataldo. Gibbard has been busy at work finishing up an eighth LP with his band Death Cab for Cutie, which is currently slated to drop in Spring of 2015. Saturday was Gibbard's first stage appearance since Death Cab bid farewell to Chris Walla at Rifflandia in September, and his first solo show since appearing at Tractor Tavern as part of Barsuk 15 almost exactly a year ago. That night, we got an incredible night of local favorites, all benefiting the art of the Pacific Northwest Community, and that's really what Little Big Show is all about. As Starbucks' quarterly concert series hits double digits, things are only getting better. 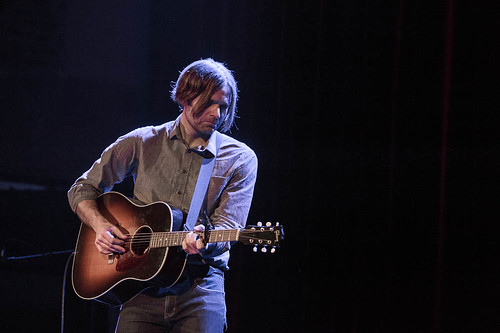 If audience members Saturday night found themselves previously unacquainted with the Seattle indie rock of Cataldo and the unequivocal charm of its leading man Eric Anderson, they certain left fully aware. Not only is Anderson (like Gibbard) a swell multi-instrumentalist and a fantastic singer - he also looks dapper in a suit and can crack a self-aware joke or two to have a theater full of complete strangers rolling. Anderson intermittently bantered through the set like it was a first date: start with something light, not too abrasive, move into something a bit more interactive and even a bit sensual, then clock out at 45 minutes with a nod and a wave. A (less than sub-par, as Eric described) Hall & Oates live LP held Eric's phone with the 45 minute countdown, as well as a small drum machine, beating out bass-heavy backing tracks for half of his otherwise melancholy and somewhat meek set. The resulting mixture was an unmatchable amount of charm, with Eric executing each heartfelt, heartbreaking track with incredible precision while the drum machine added a head bob to the introversion. A particular highlight was "Other Side", the closer from Cataldo's newest record Gilded Oldies. Here, the dramatic, hollow drumming of the studio track was replaced by the almost hip-hop tinged drum machine beats, giving the whole thing a bit of a James Blake feel, which fit the heaviness of the song's lyrical take perfectly. To close, Anderson utilized some great crowd call and response for Prison Boxing cut "My Heart Is Calling". I don't know if Ben Gibbard personally picked Anderson for tonight's opening entertainment, but truly, he couldn't have chosen a better candidate - Anderson's set rivaled its following in both width and breath and set the night's energy to the perfect temperament. 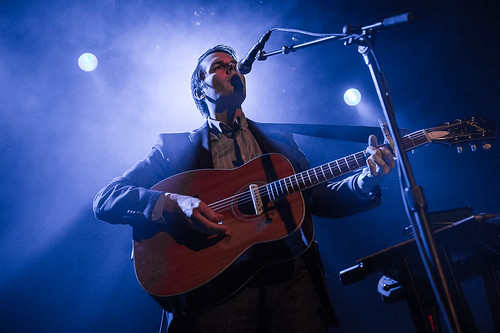 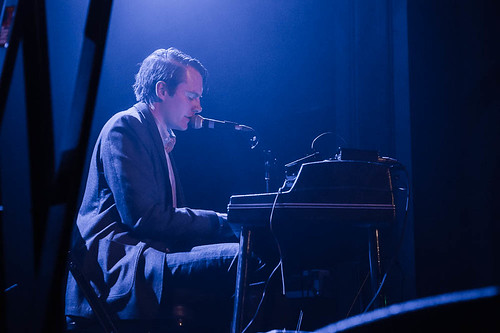 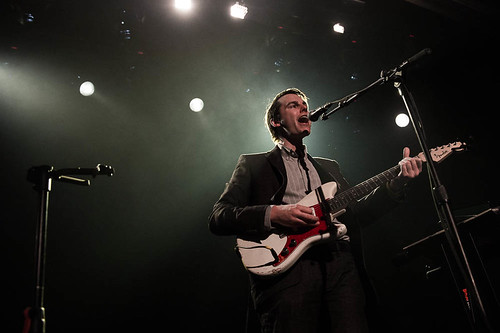 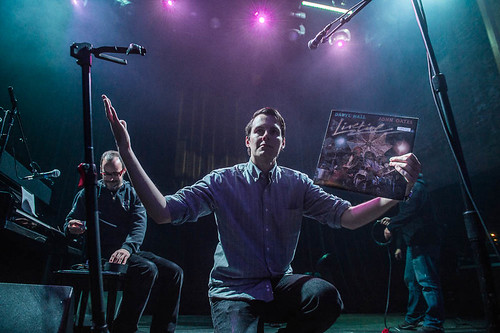 Ben Gibbard goes and Seattle follows - as an artist, that must be a truly great feeling. While other artists from other cities can be immortalized for a single period, a single record, a single hit, or even a single polarizing incident that leaves a crater in their wake, Ben Gibbard has lived through chapters, and grown through seasons, and written throughout them all, and Seattle continues to come back for more. Without context, this may seem miraculous - a once in a lifetime opportunity for an artist to do whatever they want and have the fans follow with a faithful heart. But really, when Ben is standing there with the guitar or sitting at the piano and the room is silent as a sleeping child in reverence, there's no question of why. Ben Gibbard hasn't led us astray yet, and I doubt he will anytime soon.

Gibbard entered the stage and sat at the piano first thing, facing 90 degrees to the stage for the first two cuts of the set. He'd comment on it later saying it was a bad idea, but it really wasn't. As the lush chords of Codes and Keys pinnacle track "Unobstructed Views" fill the Neptune, the air gets warmer. There aren't lyrics for a full two and half minutes - it doesn't matter. Here and now, at Gibbard's first solo show in almost a year (and that one was the first since his Former Lives tour before that), sold out in minutes months beforehand, there is just our love, just our love, and that's exactly how it should be.

After Plans cut "Soul Meets Body", Gibbard leaves the piano and picks up a guitar to rapturous applause. From there, Gibbard took us on a brief sight-seeing journey through his extensive catalogue, touching on nearly every project of the last 15 years. Former Lives tell-off to cyclical malcontent "Oh, Woe" left no one wanting, as the first few rows tried to sing along without ever overpowering Ben's vocals in their own ears. One Fast Move cut "Willamine" was a wonderful left-field addition to the setlist that had the handful of diehards in the room swooning. Narrow Stairs favorites "Cath..." and "Grapevine Fires" brought equal parts heartbreak and hopefulness to the stage in overwhelming amounts. The two oldies for the evening were Plans favorite "Blacking Out The Friction" on piano, and a non-scripted appearance of We Have The Facts classic "Title Track". The newest offering was Gibbard's end credits contribution to the Lynn Shelton film Laggies (which Gibbard also scored), "It's Never Too Late". Also present in the set was a cover of Ben's favorite song of the year, the lovable Alvvays single "Archie, Marry Me". Always with the midas touch, wherever Ben chose to venture for the evening, things were golden.

Ben brought Eric Anderson back on stage for an incredible rendition of "Carolina" from the Home Volume 5 EP way back in 2003. It's no surprise that these two sound incredible together, both spinsters of passionate songs of love and loss, but to hear it in this venue with this as the chosen track was a real treat. The mutual admiration on stage was easy to see and hear, and it radiated in the audience with ease.

For his encore, after tackling a Buck Owens cover on piano, and before playing the crowd service closer of "I Will Follow You Into The Dark", Gibbard took a moment to pay one more tribute to his city with the Smith Tower ballad "Teardrop Windows". Here, one last time for this evening, it was impeccably evident how much Seattle truly loves Ben Gibbard, as just as many voices sang along to the one as they did the Postal Service hit "Such Great Heights" only 10 minutes prior. Gibbard's fine songwriting gets the full credit it deserves here in his backyard, and we wouldn't have it any other way. 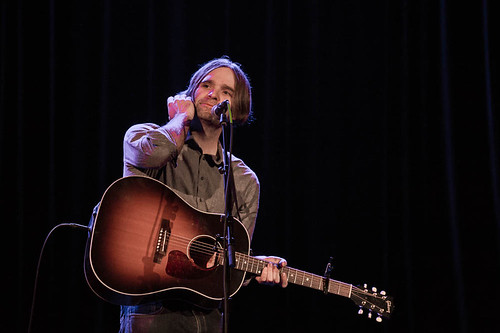 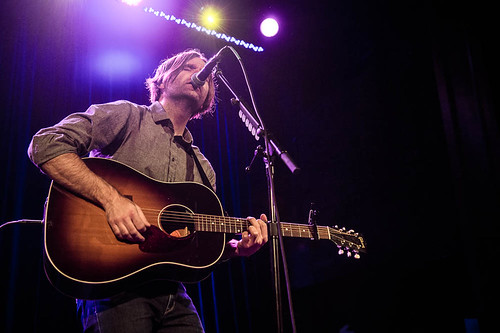 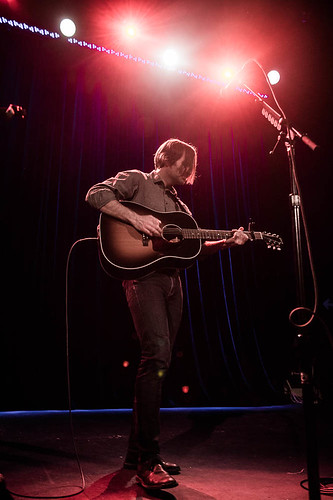 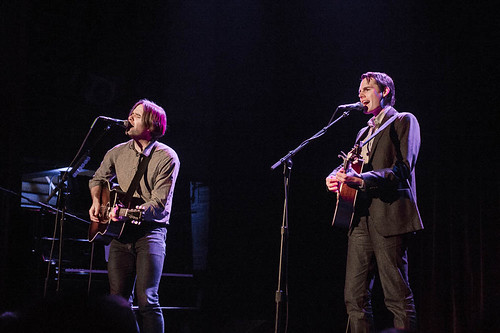 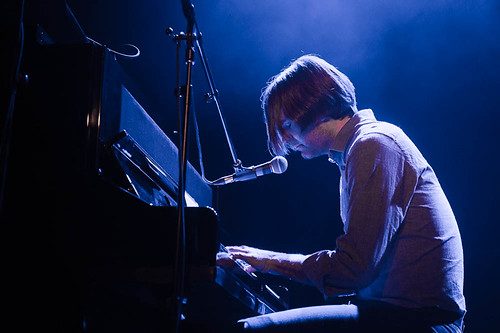 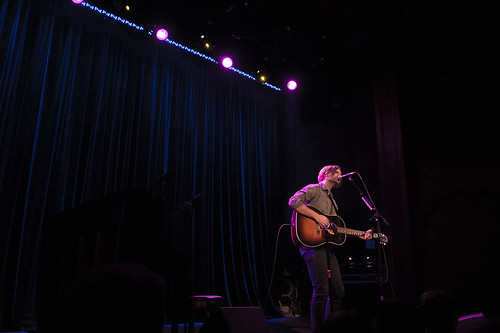 Death Cab for Cutie will release their 8th LP in the Spring! 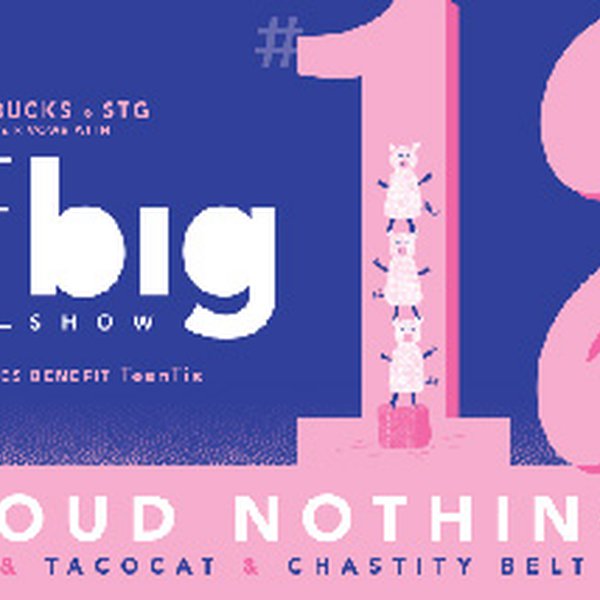 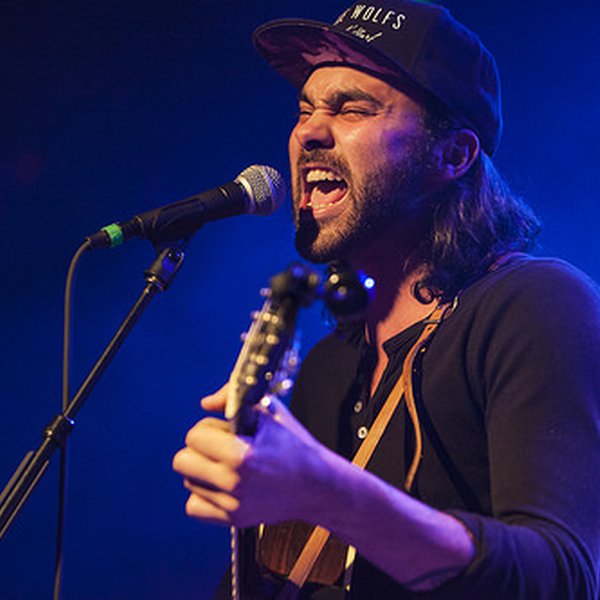 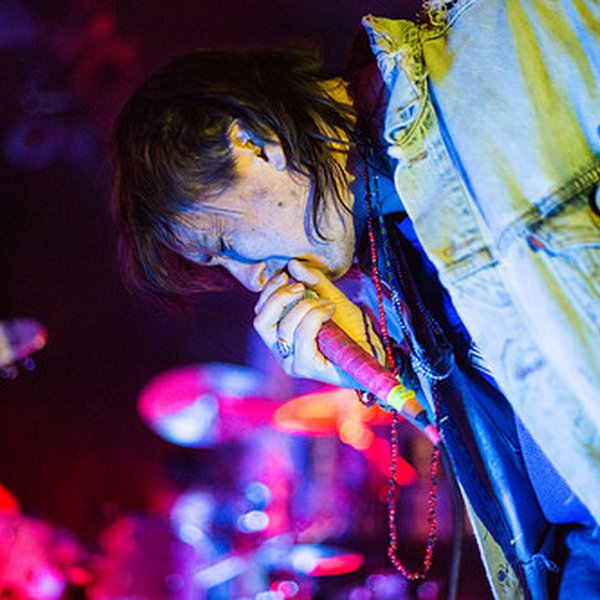 Julian Casablancas kicked off his Showbox set Thursday night with an eleven minute experimental track about the corruption of the music industry and the doom of creativity called "Human Sadness". It is truly a new era for one of our generation's best songwriters, personally coming full circle with …