Our second live Iceland Airwaves show of the day at Kex Hostel was friend of the station and amiable funny man Júníus Meyvant. This lanky ginger haired songster is a bit of an enigma, with no album and scant online presence. Unnar Gísli Sigurmundsson, his given name, began performing music a bit later in life. He was apparently kicked out of music school as a youth and thought he would never be a professional musician. But he picked up the guitar again later in his 20s and found a nascent font of sonic creativity. Listeners who joined us at the Reykjavik Calling show at Neumos in October will be surprised to discover the full band sound of Júníus Meyvant. Solo, he is a sparse acoustic folk act. But with his ten piece band he has a velvety soul groove.

Once again the room at KEX was full to capacity for this show, as the golden sunlight set on the cliffs across the water outside the tall windows. The first tune, "Hailslide" (and not "Tailslide", though Sigurmundsson is an avid skater), kicked off with a toe tapping drum lick before being joined by a very tasty three piece horn section, bass, guitars, synth strings, and violin. Sigurmundsson's smokey, yet satisfyingly tender vocals floated atop the lushly layered sounds. As the classic, somehow familiar tones of grooving, feel good music rolled on, it was hard to believe this was Iceland in 2014, and not a 60s era Phil Spector soul session. There were also strains of blue eyed soul al a Van Morrison, and even a touch of the more swinging side of Ray Lamontagne. The second song, "Gold Laces", had more of a gentle feel to it. But then the set picked right back up with its infectiously spirited sway. This show brought out our most inspired dancing crowd so far.

"It's hard to dance in this place, isn't it?" said Sigurmundsson between songs, before making a crack about white people dancing being suited to the tight space. He is a very funny fellow, and one of those artists you find yourself waiting to hear what he might say next. "I went to Seattle, and they treated me like a dog," he joked before adding, "no, no, they treated me like family." The third song, "Neon Experience", was another killer horns-led dance number, and the bobbing crowd drank and moved along as best they could while packed in like sardines. This one had the classic soul trope of persevering through hard times. "Don't let the whole world break you down," Sigurmundsson sang in a high, sweet tone, "Your day will come, come around."  Júníus Meyvant would be very much at home on Dap Tone Records with the likes of Sharon Jones and Charles Bradley.

Apparently this was only the second gig with this particular 10-piece line up, but you never would have known that from listening. These tightly orchestrated arrangements had an impressively full sound for such a new band. After six songs the crowd kept on cheering, insisting on our first encore of the week. Sigurmundsson treated the audience to a beautifully sweet final song, "Signals", singing, "Colorful, I'm in love with you. Colorful, why am I loved by you?" It was truly a treat to hear these seven songs, which are unavailable anywhere at this point (save for the sole single "Color Decay"). Get ready for the record, world, it is sure to be a good one, whenever it happens to come out.

Up next is Mammút live on KEXP at 10:00AM PST. Find out more about our broadcast during Iceland Airwaves here. 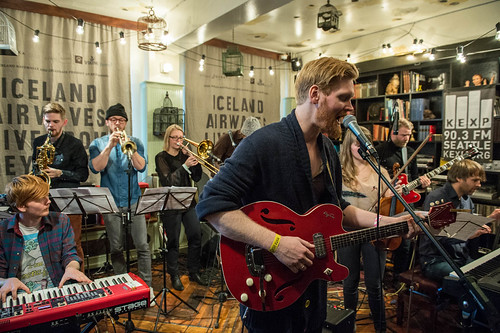 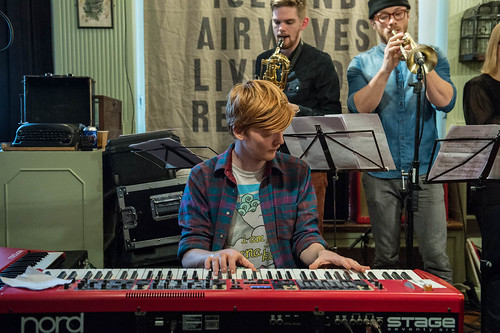 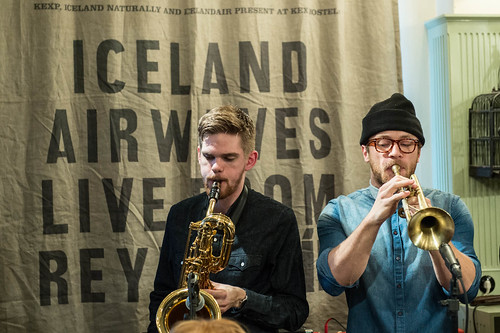 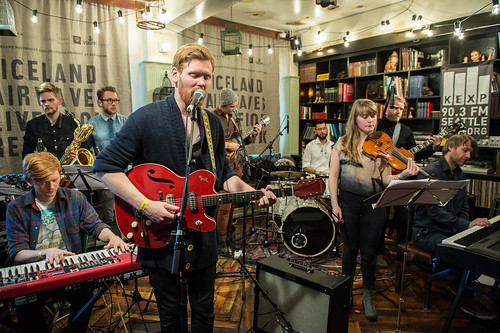 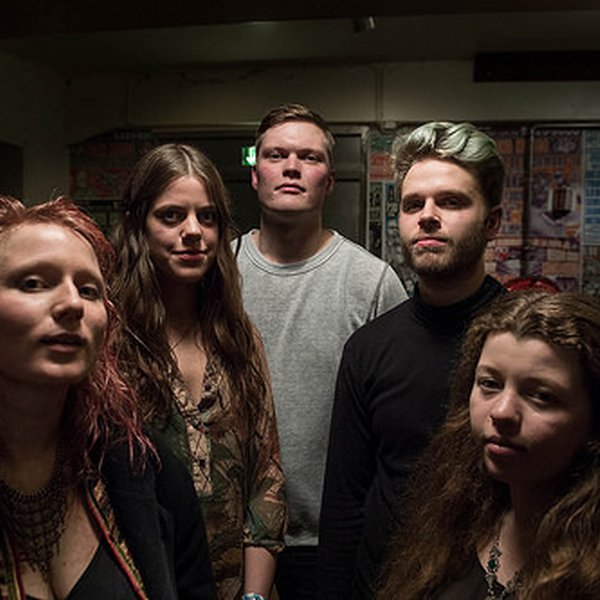 Our third live show of the day from Kex Hostel at Iceland Airwaves was Mammút. This rock band won acclaim with their latest album Komdu til mín svarta systir (Come to Me, My Dark Sister), scoring eight nominations at the 2013 Icelandic Music Awards. Eventually they snagged wins for best album, song… 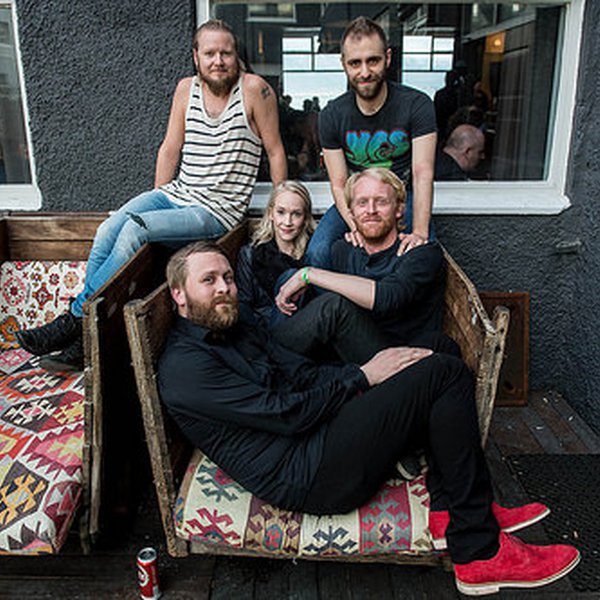 Our first live Iceland Airwaves show of the day from Kex Hostel in Reykjavik was Icelandic indie-folk quintet Árstíðir. Formed in 2008 as a guitar-based group, they've since added piano, violin, and cello to the mix. They incorporate classical, minimalist, and even some prog rock elements into thei…