Sometimes, you don't know how good you have it in Seattle. Just last month, Sheffield garage rock duo Drenge packed the John Peel stage tent so full at Glastonbury that you'd have to fight your way through about 10,000 bodies to get even a reasonable view of the band. This past Monday, you could casually walk to the edge of the stage at the Sunset Tavern and grab hold of Eoin Loveless's guitar if you wanted to without even spilling your beer. Clearly, there's a bit of intercontinental disconnect at hand here, because if Seattle would have known that the Loveless brothers were set to throw down as brutal a set as they did, the show would have sold out in an instant. But enough about the attendance - Drenge brought their A-game to the Sunset Tavern on Monday, burning through most of their debut self-titled LP and even a new number or two. Together with Brooklyn post-punk two-piece Wax Witches, they played a wonderful, intimate set for a lucky few and started a week of west coast dates with a bang.Alex Wall and his journey as Wax Witches has taken some bizarre and entertaining turns in these first couple years. The Bleeding Knees Club frontman takes fuzz to new levels of fun with Wax Witches, early material on Celebrity Beatings finding its place somewhere between tongue-in-cheek Brooklyn punk and a bratty, blitzkrieg take on Ty Segall. But with new album Centre of Your Universe on the horizon (out September 9 on Burger Records), Wall is slowing down the BPM a bit and dialing in on some excellent, punk-leaning pop tunes (see "Summer Suckers"). With a drum machine for backup as he and a lead guitarist ripped through material new and old, Wall almost dialed in on a bit of a Love & Rockets vibe, all the time overlaid with his endearingly unmotivated "I don't want to get out of bed" mentality. Beatings cut "Freindzone" had heads bobbing throughout the Sunset, though the pitiful attendance made things a bit anticlimactic. Wall laughed it off though - as they burned through their last track and a timid few gave up quiet cheers, he glared out from the microphone. "You guys are insane Seattle - definitely best show so far on the tour." Wax Witches, ladies and gentlemen. 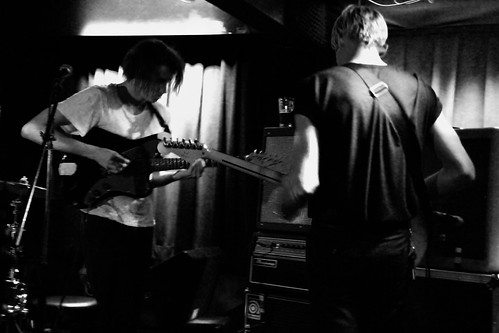 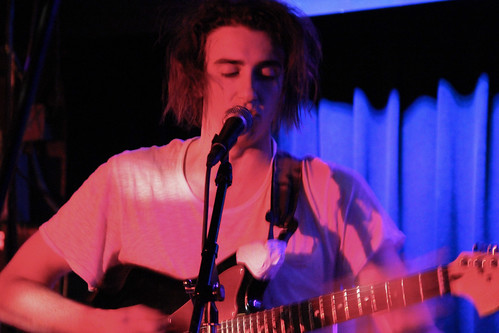 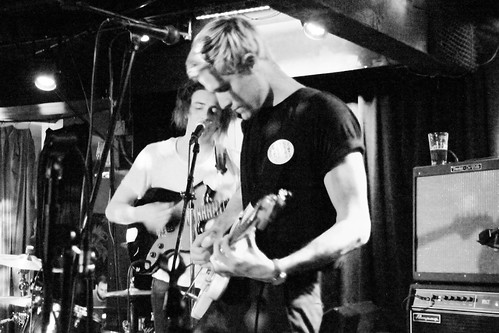 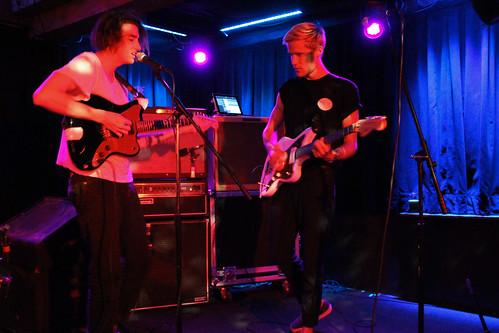 Drenge are sure polite for making such gritty, grimy rock and roll. The Loveless brothers jumped on stage and blasted into "Face Like A Skull" without any warning and instantly, the Sunset was filled top to bottom with blistering noise and lyrics about staring death in the eyes. Following up with the excellent non-album track "Necromance Is Dead", things just sped up from there with Rory Loveless pounding the living crap out of his drum set and Eoin's high speed blues riffs keeping up with ease. The two work flawlessly together - not altogether surprising considering they grew up together and have been playing together for quite some time. But truly, the back and forth between them is impossibly organic, speeding up and slowing down like a single body before ripping into another merciless hook without hesitation. But even on the most brutal numbers like "Gun Crazy" and "I Wanna Break You In Half", the brothers are relatively mellow on stage, letting the face-melting rock music speak for them as the numbers in the front of the room head-banged or jumped along in abandon. Then with a quick thank you, they'd dive headlong into another number and restart the process. Considering their sonic personality (see: lyrics to "Dogmeat"), it's a bit surprising to see them shredding with such subtlety here, but not a bit of it was disappointing. With guitar setup that gives Brian King of Japandroids a run for his money, Eoin laid out every riff in flawless style. And complimenting every move, Rory kept the heartbeat pounding at stroke-inducing levels throughout. Only once did the two slow down - the rebel heartthrob album closer "Fuckabout" was a slow jam masterpiece. Knocking out well-loved singles like "Bloodsports" and "Backwaters" before closing with the epic "Let's Pretend", Drenge played a set worthy of a basketball arena for just a few dozen - somebody get these guys the North American promoter they deserve. 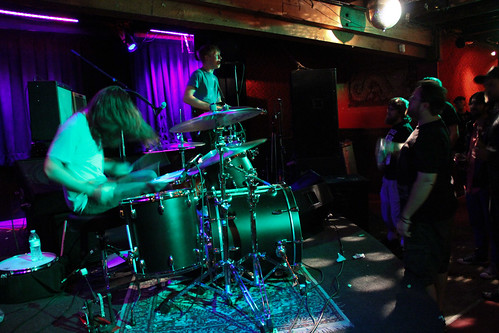 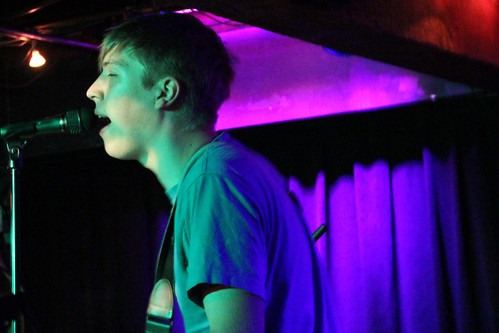 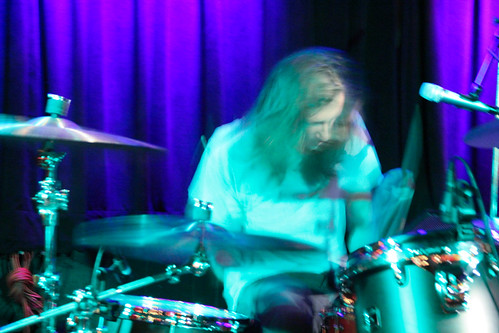 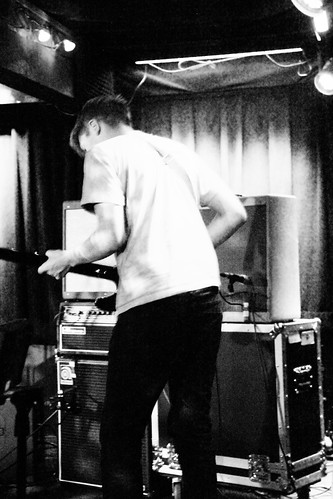 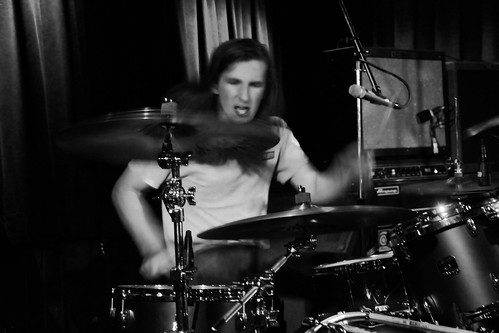 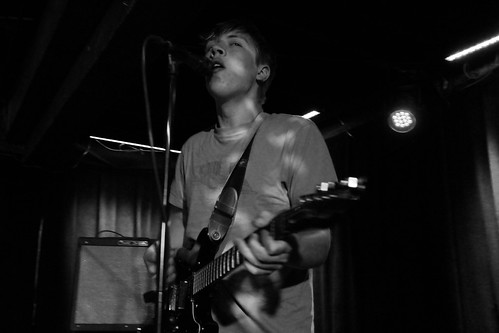 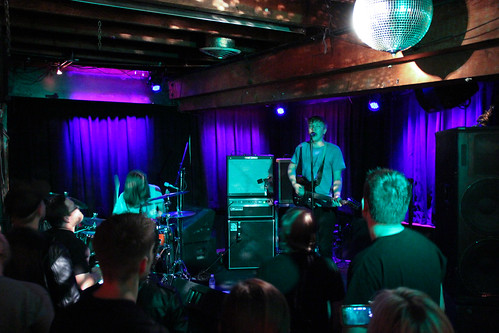 Catch the rest of our photos from Drenge and Wax Witches here. Drenge's self-titled debut is out now! The new Wax Witches record Centre of Your Universe is out September 9! 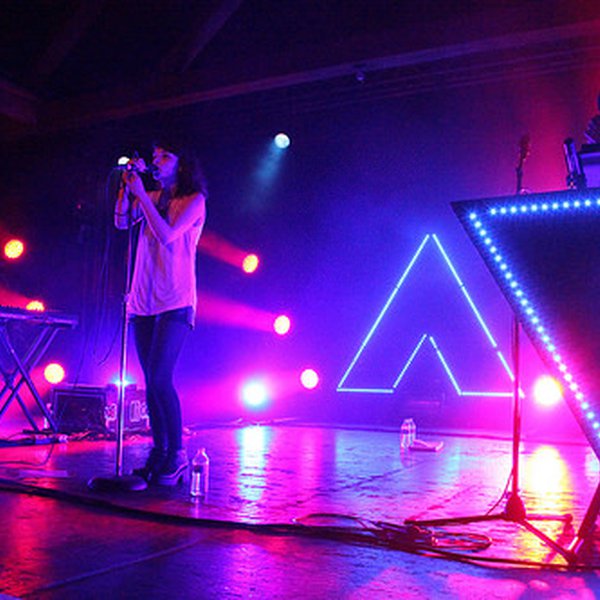 It's hard to believe that next month will be the one year anniverary of Scottish electronic band CHVRCHES releasing their first LP. At this point, it seems like the trio has been dominating indie and pop airwaves for ages. Every track on The Bones of What You Believe oozes with pristine pop majes... 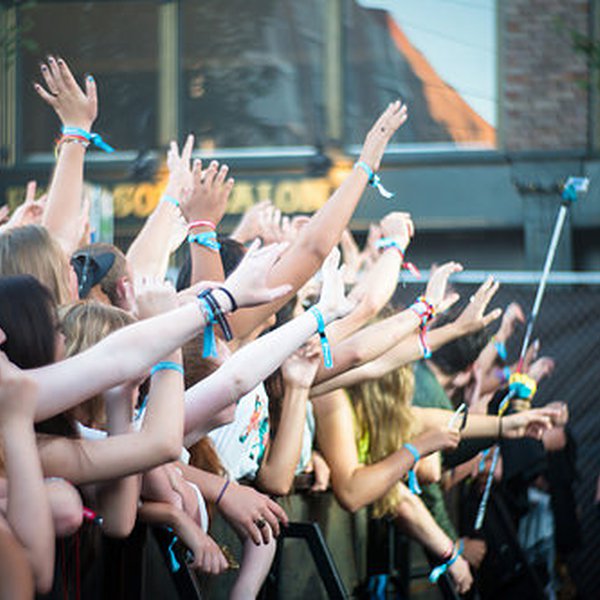