Every summer, the crowds pack into Pike street between Broadway and 12th to throw a party unlike any other. Capitol Hill Block Party is a tried and true block party, rocking the streets until 12:30 in the morning, showering them with confetti, and giving both attendees and nearby Capitol Hill apartment dwellers a show to remember for months to come. This year is no different! Check the KEXP blog for coverage of the full weekend’s experience!

Seattle dream pop duo Lemolo got things kicked off on the Vera Stage on Friday in dazzling fashion. The two have dialed into a really powerful live presentation, with shimmering, reverberated guitars and pounding, forward-motion drums. A long time favorite on the underground Seattle scene, Lemolo started the weekend as the first of many reputable local acts to show off their best colors here at Capitol Hill Block Party.Lemolo:

Seattle garage rock “supergroup” (members of Chastity Belt, TacoCat, and Pony Time!) Childbirth took the Vera Stage in the early evening to rain down absurdity on both those expecting it and those not. All decked out in hospital maternity gowns, the trio of ladies blasted through their debut record It’s A Girl! as well as an array of notable b-sides like “I’m More Fertile Than You” and “Breast Coast”. Complimentary Childbirth sanitary masks were passed out in the crowd beforehand. Altogether, Childbirth’s appearance made for a delightful and off-center addition to Friday’s excellent lineup. 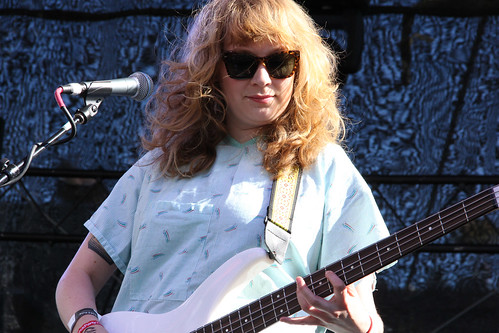 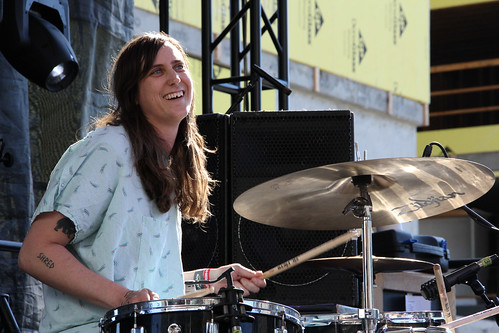 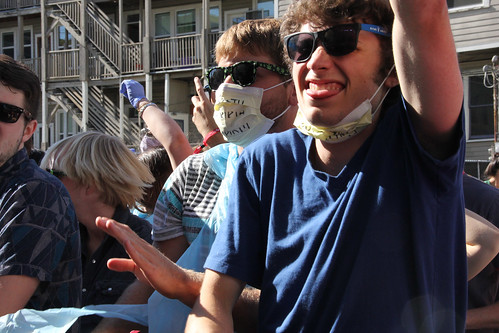 Rising Seattle electronic duo NAVVI took the Barboza stage Friday afternoon to a packed house. The band has seen recognition from the likes of NME and Kitsuné for their dark and sensual take on synth pop, with rising tracks like “Weekends” and “Speak”. All of those were on display in full form tonight, with a bumping bass sound system and dancing happening throughout Barboza. Stacked with psychedelic visuals and light up drum pads, NAVVI kept the local talent flowing on Friday and left a sizable crowd more than satisfied. 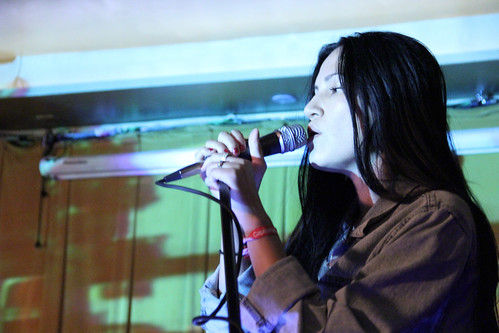 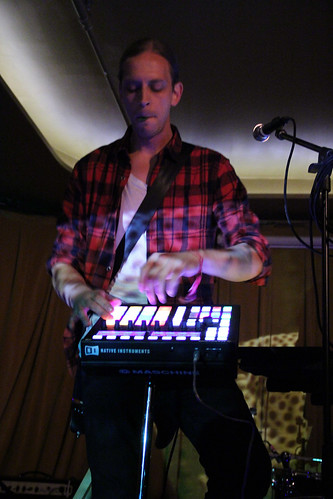 If there’s one thing that Capitol Hill Block Party is known for above all other things, it’s the pits. The narrow street setup of the main stage lends itself to an extensive dance/mosh pit that seems to go on for miles. The first 2014 act to get this pit going was Brooklyn rapper A$AP Ferg. The first of two A$AP Mob representatives for the weekend, Ferg took the stage to a massive crowd and played hype man to his debut record Trap Lord for a very chaotic 30 minutes. Considering you could hardly hear a hip-hop DJ set in the last six months that didn’t feature Ferg’s hit “Shabba”, hearing it in the live setting was a pretty insane experience. Ferg brought dancers up from the crowds for “Work” and kept crowd energy at a skyscraping high throughout his set, praying hands and all.

It feels like every time ODESZA plays a show here in their hometown, the crowd gets bigger. Just a couple months ago, the electronic duo played back to back sold out nights at Neumos, and here tonight, they took the main stage to a massive crowd ready to dance. After several years of self-releasing original material and remixes of huge names like Pretty Lights, ODESZA just announced a new LP on Counter (imprint of Ninja Tune!) – very big news for the band, and Seattle couldn’t be happier for them. Thus, tonight’s show was a celebration, full of material both new and old. ODESZA keep getting bigger and Seattle seems to always have a welcome-home party waiting for them when they get back from miles down the road. 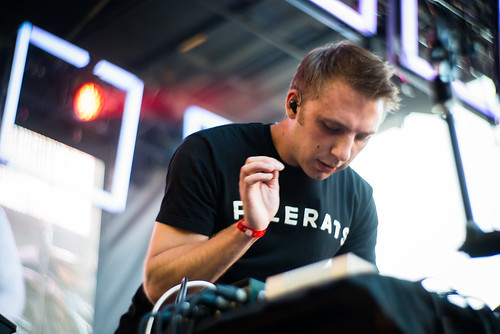 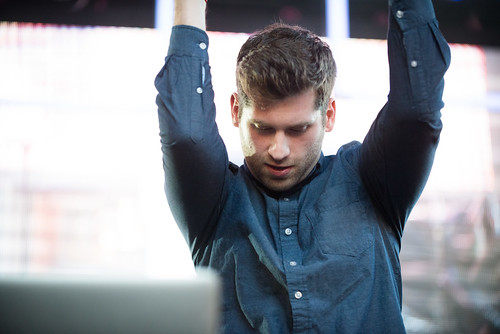 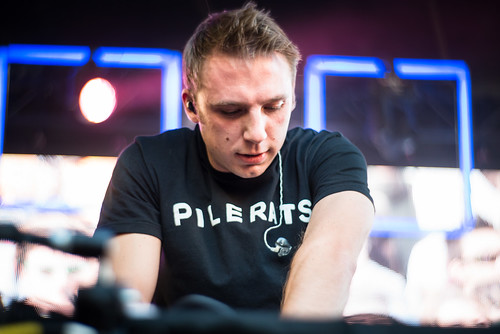 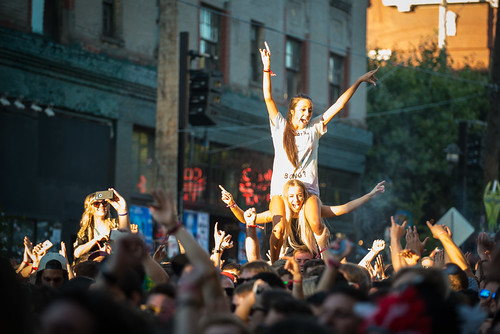 Dub Thompson took the Neumos stage Friday evening to a great crowd. The band’s noise rock is easy to love despite its cacophony, and the band’s balance of melody and chaos puts them in a unique league of their own. It’s no surprise that they’ve gained the respect of both Jonathan Rado (of Foxygen) and Eric Copeland (of Black Dice), and many in between. Dub Thompson showed off their stuff in great fashion tonight and gave a great, noisy alternative to ODESZA for those that wanted it. 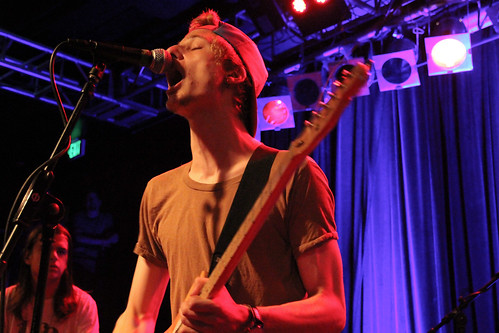 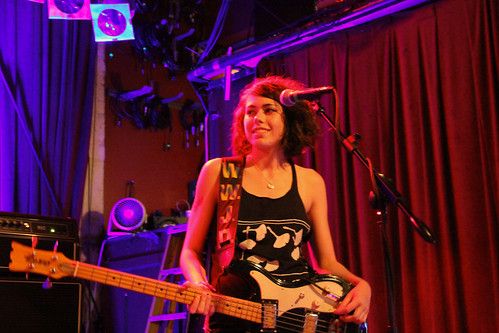 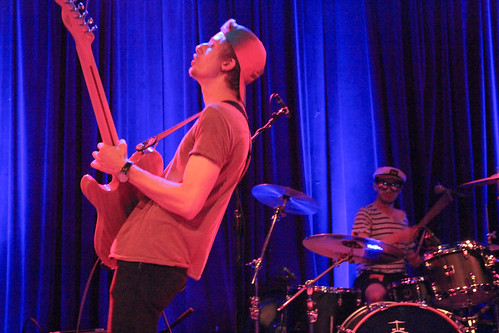 Is there any band that fits the Capitol Hill Block Party scene better than Matt & Kim? The synth pop duo threw a textbook block party set that saw an insane crowd dancing along for the full hour no matter how familiar they were with the band. Mixing their upbeat, insanely positive synth pop hits like “Cameras”, “Let’s Go”, and “Daylight”, with top 40 dance breaks and ridiculous energy on stage, the two were both an audible and visual delight. Seriously, is there anything you can think of more fun that watching Matt get up from his keyboard and dancing to “Wiggle”? Well, if not that, then how about Kim doing a crowd walk to a Big Freedia song and Matt ending it with “Hey everybody, how about a round of applause for Kim and dat ass”? Regardless of your favorite moment, Matt & Kim gave us the high energy set Friday needed. 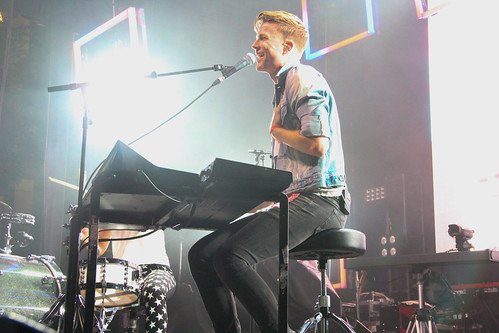 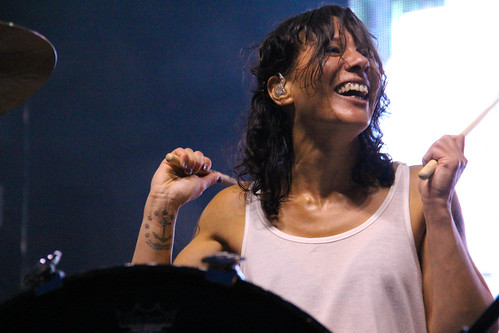 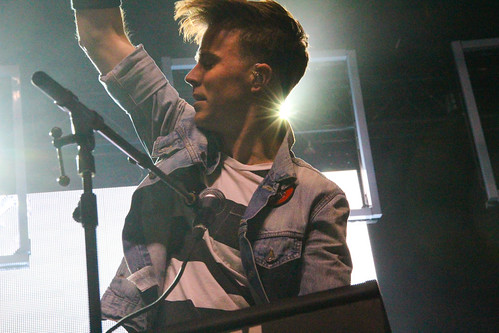 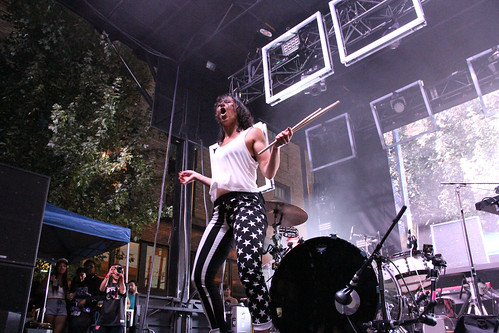 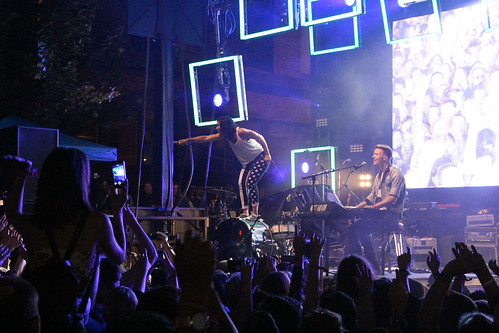 Before Beat Connection took the main stage on Saturday, Tom Eddy and his solo band took the Neumos stage Friday night for an excellent set. Eddy just released a fantastic new solo single "Seeing Someone" and got to show off the new material here tonight. Taking a similar tropical vein as Beat Connection but tending more on timeless indie rock than dance pop, Eddy’s tunes have a classic vibe about them and create an ageless appeal. Tonight’s Neumos set was no exception. 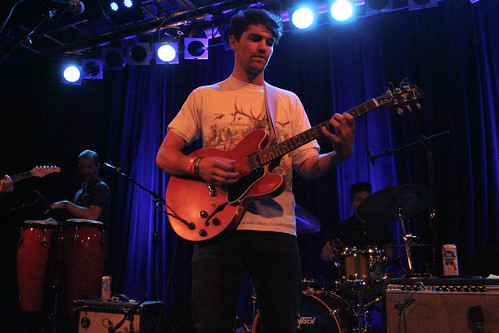 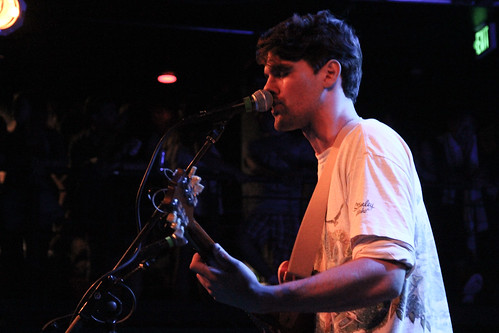 Taking the headlining slot for Friday night were indie rock veterans Spoon, who closed out the night with such shimmering prestige that a full weekend’s ticket price was more than redeemed in one hour-long display. Spoon is on the cusp of releasing their eighth studio album They Want My Soul, and if the three singles they’ve released so far are any sign, it’s going to be one of the best records of the year. Spoon brought all three to the stage here tonight, opening with the excellent head-bob of “Rent I Pay”, then moving directly into the atmospheric swirl of “Inside Out”. They broke out their latest in a long list of sing-along classics “Do You” later in the set, after a plethora of classics from well-loved records like Gimme Fiction and Ga Ga Ga Ga Ga. “Don’t You Evah” and “The Underdog” had a phenomenal crowd reaction, hearing the entire block singing along as Britt Daniel just smiled from the microphone stand. It was clear the band was having a blast – both new and old material sounded as fresh and infectious as always. Spoon are just one of those bands that never lose their effect, and that was pristinely clear during tonight’s set. 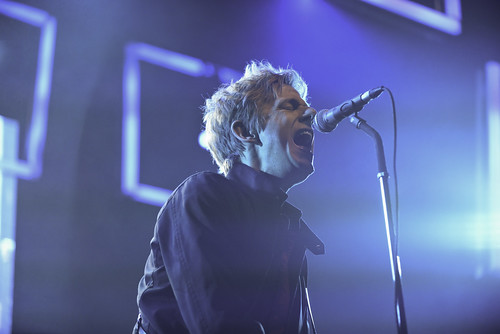 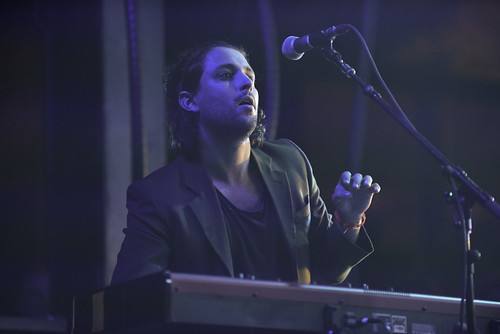 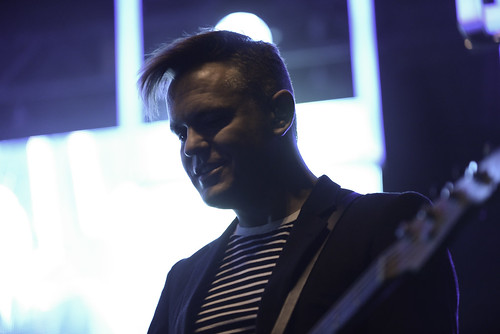 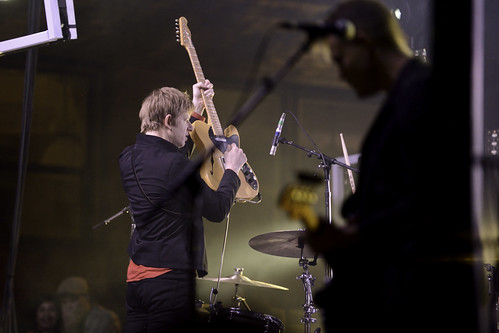 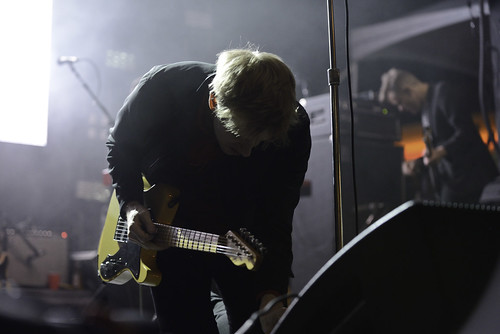 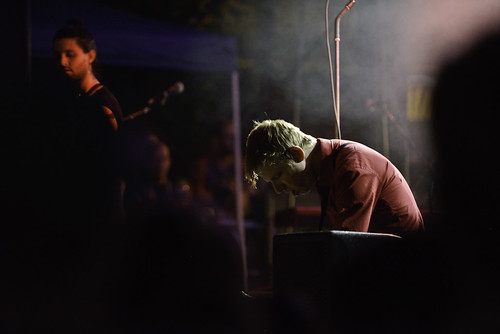 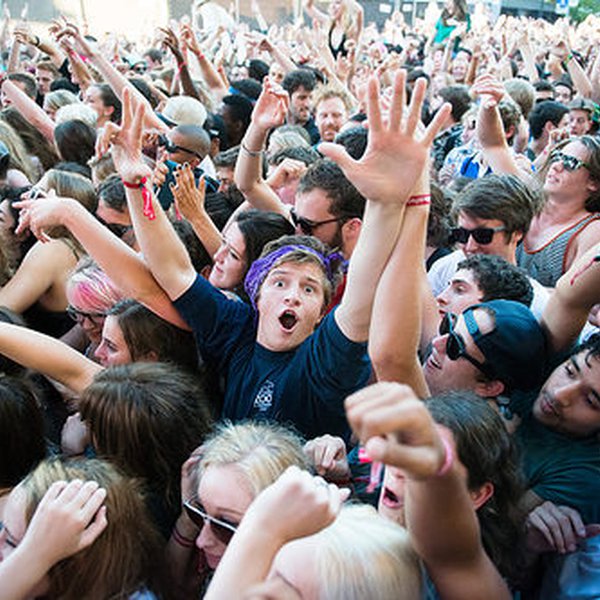 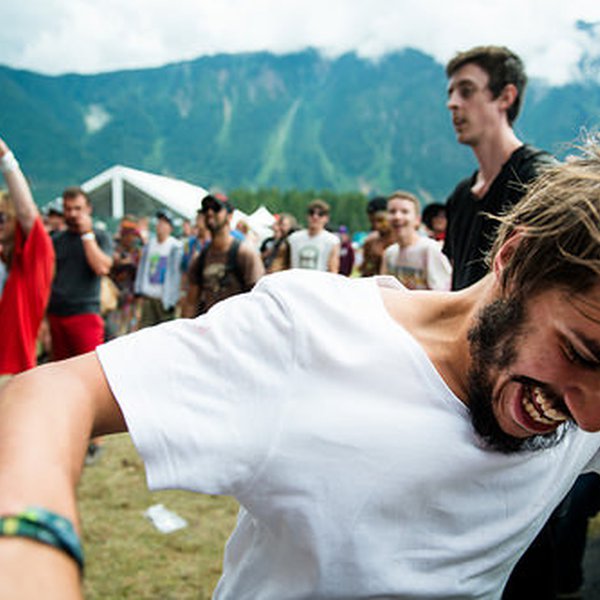 Up above Whistler in British Columbia, Pemberton Music Festival triumphantly returns this year for the first time since 2008. This year, the festival features one of the best overall music and comedy lineups of the year, and we are proud to provide coverage through photos and summaries all weekend. 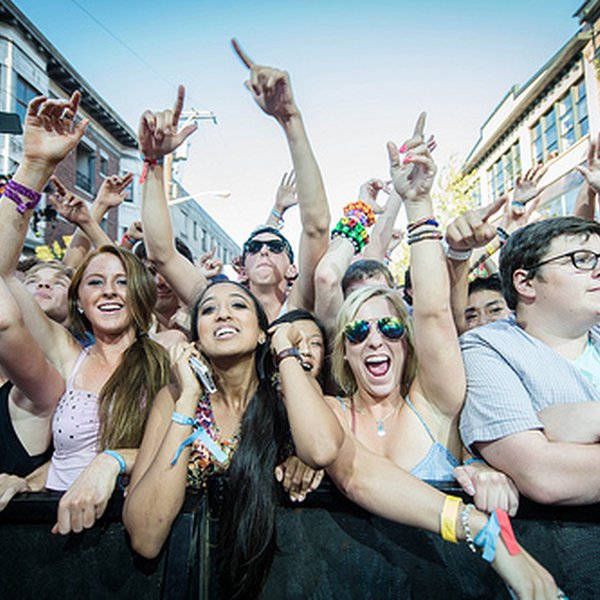