We don’t make it through this world alone. Art may come from a lonely place, even a suffering place, and terribly enough, people often won’t help you. An aspiring young jazz man in the 30s once asked a hep player how to do things, and was sarcastically put off by the older cat, who wasn’t about to give away any secrets. This just made the younger man more eager to take over the world with his talents and hard work; it also made him dedicated to not behaving like those who could have given him a hand up.

That young man was Clark Terry, who became a jazz master, and one of the many thousands of people he personally and musically inspired up till today was Quincy Jones. When the mentor greets his pupil and comrade from a hospital bed he always asks, “Are your lips greasy?” In other words, are you still playing? Are you working it out, no matter what?

The long-time legend, sweet-humored and creatively audacious trumpeter Terry has played for Duke Ellington and Count Basie; the Woody Herman and Herbie Mann’s orchestras; and collaborated with many others. Unblushing in his brassiness throughout all of the best of 20th century jazz, he is at an advanced age and in poor health. But his protege Quincy Jones helped make a movie about his relationship to the music, and his continuing mentorship of other important musicians. The point to all this sticking around and making sounds into the darkest corners of the nights is summed up in the love shared between Terry and his fellow players, who don’t hesitate to help him out. As he has helped them out, again and again, through triumphs and tragedies described here.Keep On Keepin’ On is the first film from Australian director, Alan Hicks, a drummer himself. He talked his surfing mate and cinematographer, Adam Hart, to come to the States to document the autumn years of the world-renowned Terry. In this excellent filmed examination of the man’s proud talents and perseverance, Terry is seen working with so many of the greats -- including an indebted Miles Davis, who gives a devastating quote in a brief but powerful scene.

You can see and hear Terry in center stage vintage footage or assisting ably on over 1,000 records in studio photos here, scenes astonishingly including all kinds of cultural shifts and classic moves. But there are personally unpredictable artistic periods as well, such as the invented persona Mumbles which Terry inhabited in the 50s, a bebop scat parody which you can hear is building a bridge between big band frolic and the lighthearted bomp of early rock and roll. (In this, he most resembles protege Davis, willing to bend genres years ahead of their creation.) A full song of this side-act Mumbles performed is greatly used to play out the credits. And just that one aspect of his fluid career would make an awesome Clark Terry music film.

A good deal of the film’s running time focuses on the coming of age of contemporary blind piano prodigy Justin Kauflin, who stays lovingly close to Terry’s side as Terry fights with losing his own eyesight (and feet). Their bond would just be a sentimentally sweet story arc, if not for the feisty way the salty, swearing Terry inspires the scrappy, eager Kauflin, and the long nights they spend together only checking the clock after hours of Terry vocally sparking Kauflin to ease beauty all over the keys. Terry gives Kauflin a lot of time and attention, and they move each other forward in their own physical and artistic struggles. Which are more than just a little challenging.

The beauty of time loss, as a decades-spanning full-time musical genius loses himself in notes he makes to create art with a young man trying to come up to speed with the music world, often seem compelling and traumatic at the same time. There is a sense of mortality here, as if you were visit your own loved one who is passing away from this world, and you’re coming to realize just how much greatness they brought into it. It is a superb meditation on age and the coming time when we can’t make music anymore. But that’s not where it ends: Kauflin isn’t the only one who receives inspiration from their relationship, and both find themselves inspired to keep on keeping on.

Please join acclaimed artist Quincy Jones at the Seattle International Film Festival on Wednesday, June 4 at the SIFF Cinema Uptown for a special screening of Keep On Keepin' On. Mr. Jones will be honored with the SIFF's Lifetime Achievement Award before the screening and will take part in a conversation following the film.

On June 5, at The Triple Door, Keep On Keepin' On keeps on keeping on by featuring An Evening with the Justin Kauflin Trio, a concert of the exciting blind jazz pianist Justin Kauflin, joined by drummer Billy Williams and bassist Christopher Smith. Quincy Jones will introduce the trio. 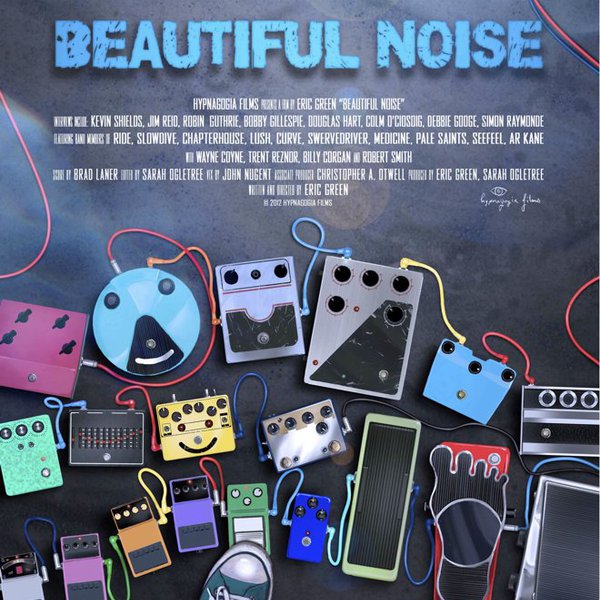