Santa Barbara synthpop group Gardens & Villa have been on the road for nearly four months straight. Ever since their sophomore LP Dunes dropped on Secretly Canadian, they’ve been road-tripping around this county and others, showing off what a new batch of tunes and a refined live show have to offer. Both the album and the live show have caught the attention of more than a few people – in particular, the quintet was invited to tour with James Mercer and Danger Mouse for the UK leg of the Broken Bells After The Disco tour (they got to meet U2!) and toured with post-rock mastermind Tycho on a string of US dates. After rescheduling once to take advantage of these incredible opportunities, Gardens returned to the Pacific Northwest last week to play a show at Barboza before heading up to Everett to play Fisherman's Village alongside good friends Pure Bathing Culture and others. As can be seen, good fortune and good friends seem to approach Gardens & Villa at every turn, and hard work and dedication are truly paying off for this rising group.Seattle’s own Tom Eddy opened up the Barboza show in delightful fashion. Eddy is a pretty inescapable force on the Seattle scene as of late. While you may catch him at a solo gig or two, he also fronts two incredible local bands: one being his own eponymous group, and the other being electronic trio Beat Connection. The latter group dropped their first new single in two years this week and KEXP was obliged to debut it. But on Tuesday night, Eddy and his band (including Beat Connection drummer Jarred Katz) warmed the crowd up for Gardens wonderfully. Eddy’s tunes evoke a lush and vibrant sense of liveliness that fit perfectly in advance of Gardens & Villa. As the set went on, the crowd packed in tighter and tighter and dancing assumed more of a universal presence. The coming months will be exciting for Eddy in many regards, but tonight was a delightful chance to see a low profile set from an excellent local face. 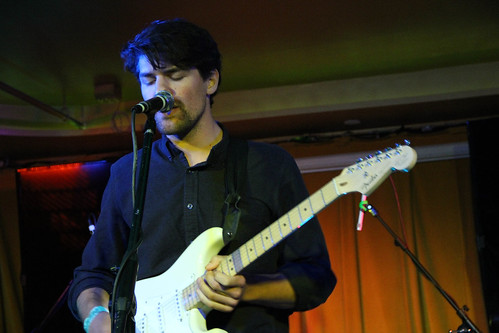 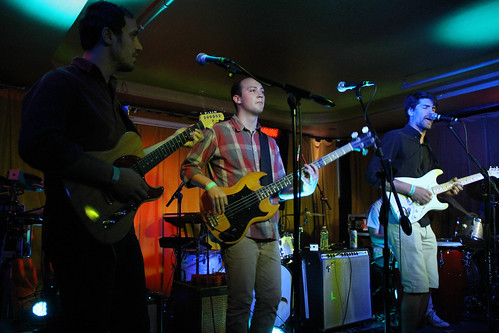 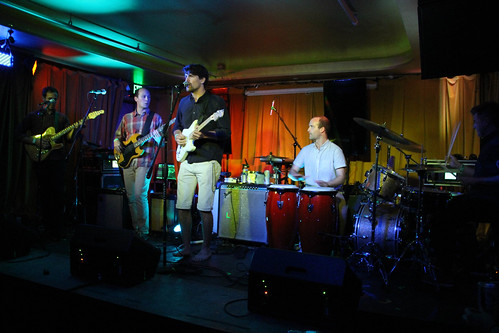 Decked out in 70s west coast chic and armed to the teeth with instruments, Gardens entered to a nearly pitch black stage – only a soft purple light to guide their feet through the wires. Keyboardist Adam Rasmussen and drummer Levi Hayden queued up the intro to Dunes cut “Purple Mesas” in mesmerizing fashion, not opening the show with a bang, but with a cool mantra, to set the mood of the evening before the pace. With the light never creeping above a violet shadow and singer Chris Lynch’s vocals never passing above a whisper, the night could not have started on a more approachable note. Quite appropriate too – after four months on the road, it almost seemed more natural here to start with a deep breath instead of a hurried scream. The latter, however, was soon to come.

After the cool summer jam faded, a pounding marching drum echoed throughout the room, soon accompanied by synthesizer and a brutally awesome bass line from Shane McKillop. As Lynch dropped the guitar and reached in his satchel for a flute, the crowd lost it, totally aware of what interstellar grooves were about to take place. Dunes opener “Domino” is an inarguable crowd-pleaser, with a sinfully infectious disco hook and a flute line that could put Ron Burgundy to shame. Live, the addictive sensuality only became more aware, with the entirety of Barboza two-stepping along. The dark violet light of “Purple Mesas” was replaced by a smattering of color from two light screens at the rear of the stage. Much like their Dunes cover, the light in the room became a constantly shape-shifting mass of color, Gardens themselves left silhouettes on the dune horizon. An impressionistic portrait if there ever was one, it was perfect for the room’s energy.

The action didn’t stop there – next up was Dunes lead single “Bullet Train”, whose eternal youth chorus was louder off stage than on. “The young die young if they work too hard”, yelled all of the first three rows. Similar shout-alongs were heard throughout Barboza for “Chrysanthemums”, the Pacific Northwest influenced slow groove that has become a fan favorite on Dunes. A smile cracked on Rassmussen’s face behind his grizzly beard – no matter how many nights in a row you see unknown faces in a crowd yell along to your song, it has to feel incredible.

Not letting an ounce of energy drop moving forward, Gardens followed with an assortment of tunes from the 2011 self-titled record. The flute groove that started it all “Orange Blossom” opened with explosive applause from the audience. The quirky electronic drums and interplay between synth and flute are still just too good. This was quickly followed by Gardens opener “Black Hills”, which remains even three years later a haunting summer drive of a groove. Live favorite “Spacetime” (for which multi-instrumentalist Dustin Ineman gets to astutely pronounce “Space! Time!” repeatedly) and driving Dunes cut “Thunder Glove” popped up. Gardens’ cover of Fleetwood Mac classic “Gypsy” had even the bartenders’ heads turning. But the closing energy of self-titled cut “Star Fire Power” and Dunes post-punk breaking point “Echosassy” took the inertia to new levels. Another excellent show behind them, Gardens are headed back to California soon to begin recording LP 3. Until then, we’ll have the sweet sound of “Colony Glen” ringing in our ears. 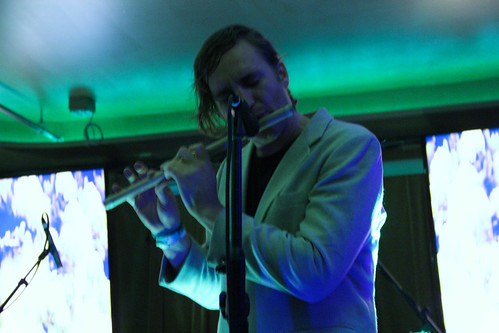 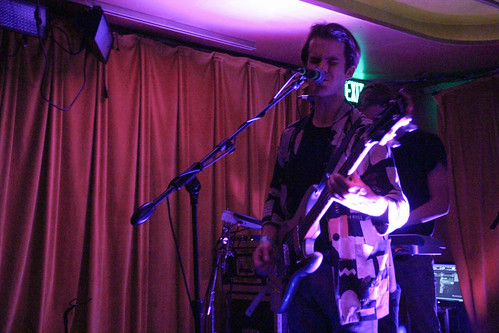 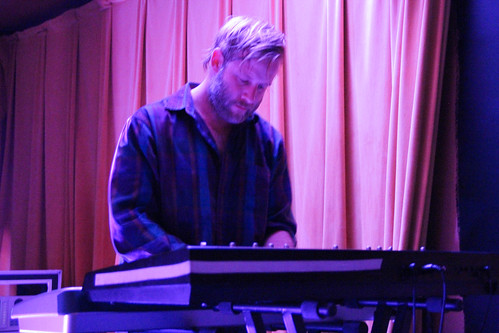 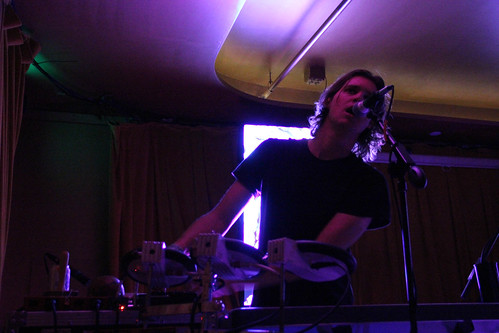 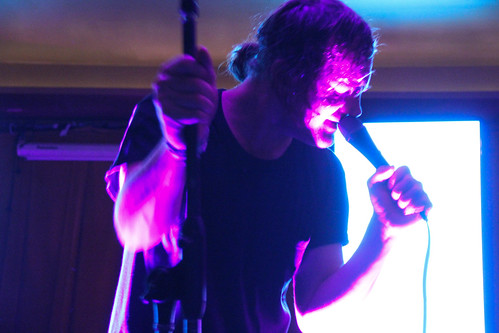 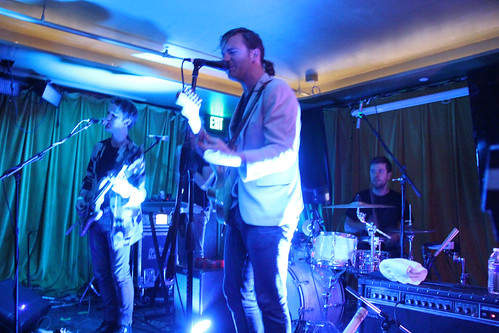 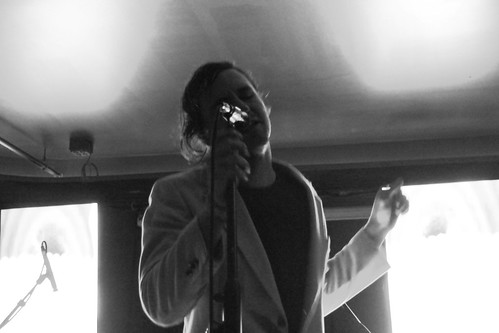 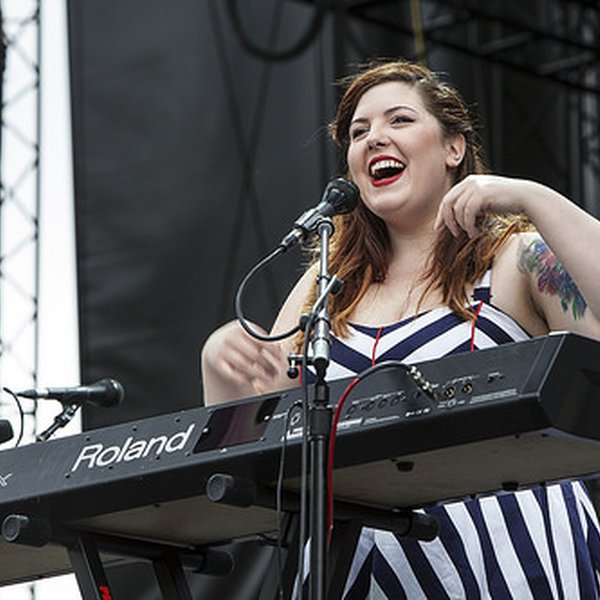 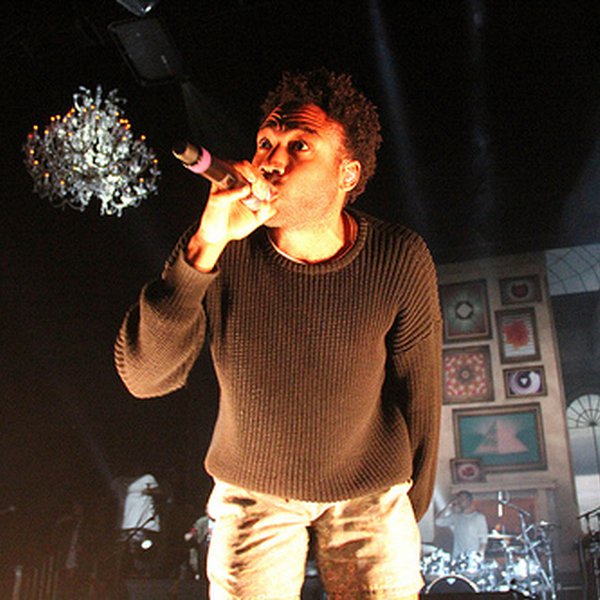