Sauntering into the IMAX Laser Dome around 7:30 on a soaking Seattle night, I had every intention of leaving the rain-drunk world behind me, seeking shelter in the Sub Pop listening-party to hear Shabazz Palaces’ forthcoming album, Lese Majesty. The combination of visually-stunning lasers, nearly gracing every inch of the color spectrum, and spine-shaking, 15,000 watts of digital sound, pumping out the bass-heavy, unyielding tracks on Lese Majesty, proved to be a perfect way to check it out, if only for about an hour. I'd never been to the Laser Dome, so I spent the moments before the show looking around the facility, bag of Peanut M&M's in hand. What grabbed my attention most was the giant set of speakers located toward the very front of the venue. Excitement swept over me, and I made my way to my seat. For the best viewing-angle, I laid myself out comfortably on the slanted floor, facing up toward the massive concavity à la the Laser Dome regulars. I threw my jean-jacket behind my head, to rest, and the laser show began shortly after.

Now, I'm not one for hyperbole, but I believe the escalating bass lines on Lese Majesty actually reverberated so strongly throughout the amphitheater that the others around me and I moved an estimated total of twenty-three inches to the left. Perhaps it's the influence of Grammy-winning artist and producer Ishmael Butler (formerly of Digable Planets) and Dumisani Maraire that creates such an ominous atmosphere. As expected, Lese Majesty is not for the faint of heart.

The new album, jam-packed with eighteen impressively textured tracks, is divided into seven suites, each with a distinctive feel and sound. The album opens with "Dawn In Luxor," a swooning, ethereal introduction to Shabazz Palaces' forthcoming aural thesis. Seamlessly transitioning, the next song, "Forerunner Foray," continues with what Shabazz Palaces crafted on "Dawn In Luxor," but overlays the track with abstract lyricism and harder beats. Featuring clap-tracks and synthesizer, "They Come in Gold," the last track on "The Phasing Shift," Lese Majesty's first suite, unties Shabazz Palaces' complex sonic knot in a swift manner, and the second suite "Touch and Agree," begins. Like the first suite, the rest of the album is sure to transfix, perplex, and galvanize. There are hints of Black up scattered about on Lese Majesty; "Suspicion of a Shape" sounds similar to the dreamy quality of "Are You... Can You... Were You... (Felt)." But, Shabazz Palaces deviates from their previous projects to convey a new sound, concocting tracks like "#CAKE," an eclectic, fast-paced piece with bizarre synth and lyrics like " I'm having my cake / and I'm eating cake." Tying the album together, the aptly-titled final track, "Sonic MythMap for the Trip Back," catapults you into a dysfunctional electronic orchestra of wavering, ambient sounds, before carrying you back into the world from which you came. It's an album for playing loud, as loud as possible really, and a deft elbow-jab to the conscious mind. All in all, Lese Majesty moves in a more aggressive, more experimental direction, but retains the form of a substantial hip-hop album.

With the release of their critically-acclaimed debut album, Black Up, in 2011 and supplemental video, it seems that visual accompaniment strongly complements their work. Listening to Shabazz Palaces at the Laser Dome, I felt transported from my world into the psycho-audiovisual reality they spent the last few years fine-tuning. It was a wonderful venue for getting an early look at my always-changing summer playlist. Hopefully, with the release of Lese Majesty, there will be more visuals in the near future. Check their website for updates! Lese Majesty is available July 29th on Sub Pop Records. 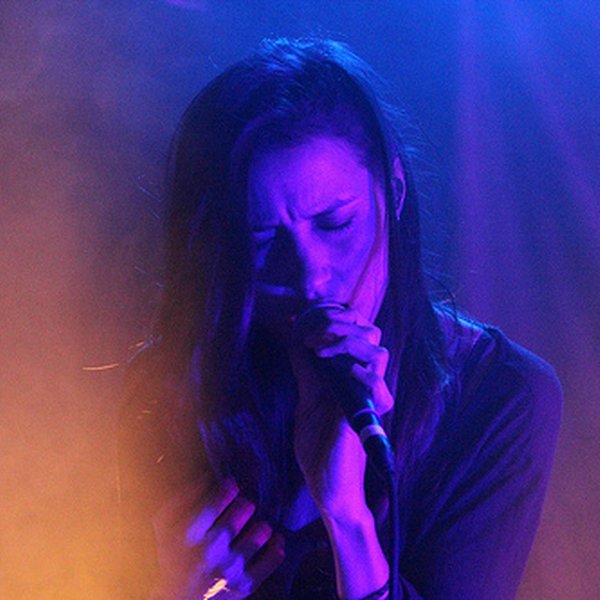 When a crowd is truly, ruthlessly in love with the band they are about to see, you can tell from the moment they walk in the room. You don’t see it often, but when it happens, it’s a spectacle that you wouldn’t trade the world for. Friday night’s show with Warpaint at Neumos had one of those crowds… 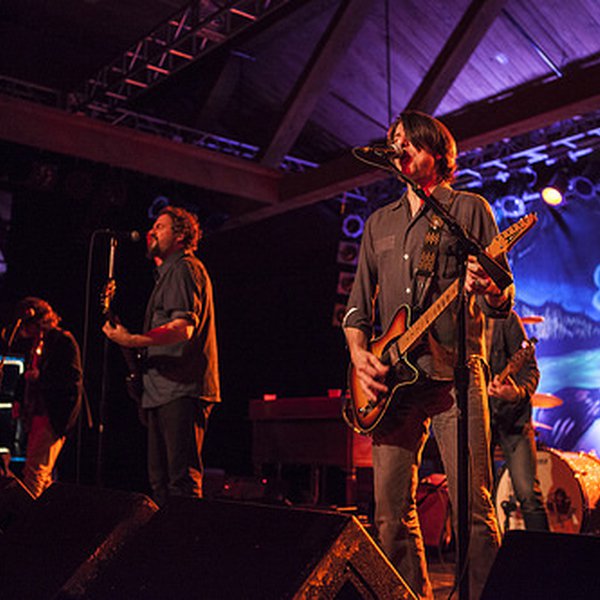