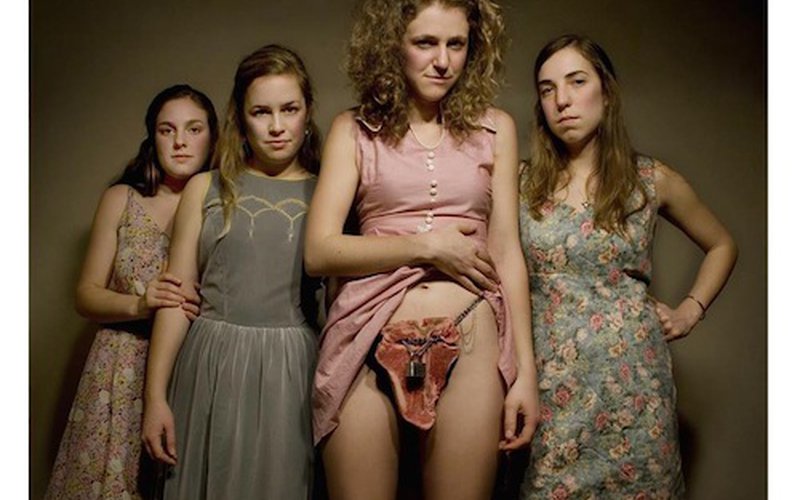 Seattle's Chastity Belt play energetic indie rock 'n roll. They are sarcastic, sharp and both complex and simple all at once. They are also an all-female band. But does gender matter when it comes to the music they produce? Does it matter for the bands Childbirth, Lemolo or La Luz? You get the sense it's something they joke about together, making light of the questions they get about gender – and how it doesn't really matter. KEXP caught up with two of Chastity Belt's band members, Julia Shapiro and Lydia Lund, to talk about this as well as get their take on Nickelback, sports and their well-known band photo featuring a cut of raw beef.

Chastity Belt took – some might say – a controversial band photo (with a steak and a padlock placed over lead singer Julia Shapiro’s crotch). What was the impetus for the picture and what sorts of reactions did you get?

Julia Shapiro: Well, it was mostly Sarah Creighton's idea. She was the one who took the photo. We told her that we wanted our press photo to involve raw steak and then she came up with the rest of it. She basically said, "Alright, Julia, you are going to be front and center lifting up your dress to reveal a chastity belt made of steak" and I was like, "Cool, I'm in." We got a lot of really strong reactions. I guess a lot of people either love it or are disgusted. I just think it's funny.You list “sex, violence and Nickelback” as your influences... can you elaborate on each of these some – specifically Nickelback?

Julia: Before we were a real band or had any of our own songs, we would hijack other bands' instruments at house parties after they finished playing and play a few measures of Nickelback's "Photograph." Nickelback is the most inspiring band to me, because they're everything that music should not be. They're so hated, yet so successful. They're amazing.

Gender is something at the forefront of the band's persona, either seriously or in jest. Is this something you wanted to make obvious at the outset – like with your blow-up doll album cover?

Julia: We're not trying to rub it in anyone's face that we're an all-female band. I feel like people notice that we're all girls and then latch onto it, and we get put in a category of being a female band. That's fine, it's not that we aren't proud of it, it's just there's more to our music than our gender.

When the band is on tour, or when you’re preparing for a show, what do you listen to in order to hype yourself up, or just to prepare for the gig?

Julia: Lots of Beyonce, especially the song "I Care."

Lydia Lund: We'd like every sound engineer to play "Who let the dogs out" by the Baha Men before we come on stage to get the crowd hyped, but this has only successfully happened once.

What does the band do together outside of music? Favorite places to eat, drink, hang out in Seattle?

Julia: Sometimes we do karaoke at Bush Garden.

Lydia: And Julia and I recently discovered how fun Rock Box is, which turned out to be unfortunate timing since it was the night before Julia recorded some vocal demos. We're pretty cheap so we mostly like to chill at each other's apartments, or at the Redwood where Julia works.

You note sports as one of the band interests. Is there a favorite team or sport for Chastity Belt?

Julia: That was a joke. I don't care about sports at all. Except the Seahawks, of course. GO HAWKS!!

Lydia: Gretchen [Grimm] is also really good at all sports, Annie [Truscott] too for that matter.

Julia: I'm really good at sports, I just don't like them. 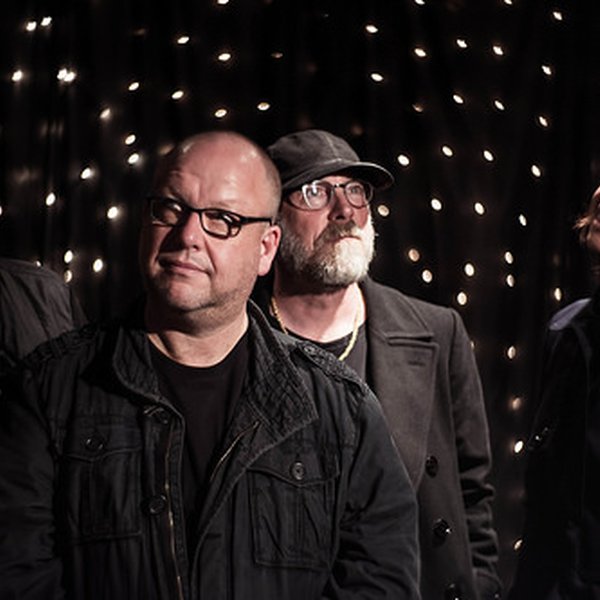 Has it really been 23 years since the last Pixies album? On April 29th, the influential band end the streak with the release of Indie Cindy via their own Pixiesmusic label. The full-length compiles the previously-released EP-1, EP-2, and EP-3, all recorded without founding member Kim Deal. Stream … 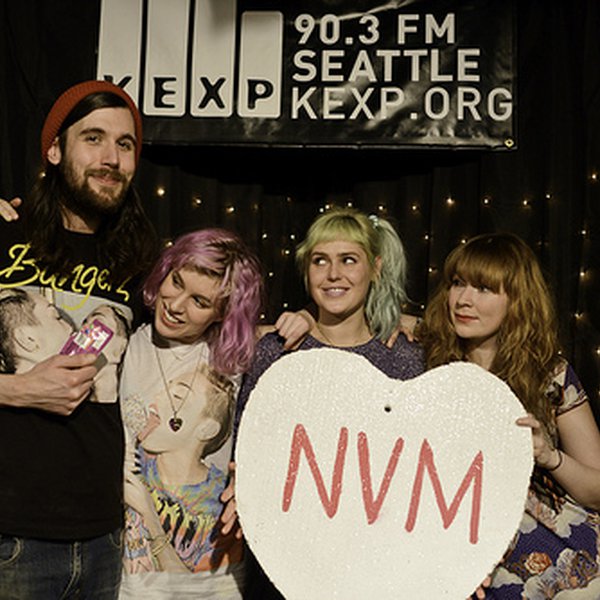 It would be great to construct this write-up as a complete palindrome, but probably only Tacocat could pull that off! Instead, let it suffice that this Seattle four-piece is hella charming — from the new ice cream flavor coming out under their name all the way down to their latest album title, NVM,…