"Trouble is my name" is how Dee Dee Penny chooses to end the new Dum Dum Girls record Too True. There's a great reason - the girls are a quietly devastating storm. Their refusal to give way to the all too familiar tropes of the business means that Penny and her band members will never become click-bait tabloid regulars, writing off-hand, unsolicited, ironic album reviews or stirring up any sort of drama or wanton aggression. But if you watch closely, Dum Dum Girls are currently halfway through a blitzkrieg - their latest of many, and perhaps their best yet. The band's third LP dropped in January, turning the band in a decidedly darker direction, pulling from the sultry siren callings of Siouxsie Sioux and exchanging dream pop for post-punk. At SXSW last month, the band was joined by one of their heroes, Debbie Harry, for a lauded rendition of Blondie's "Dreaming", which sounded incredible with the supergroup cast. The week before, Dee Dee dropped an epic video for Too True's dreamiest track "Are You Okay", with an 11 minute story from Brett Easton Ellis. Now, the band is on the warpath headed for Coachella, where they will play opening day both weekends and no doubt give festival-goers a performance they won't soon forget. At least, we know that will be the case if their Coachella set is anything like the sold out evening at Neumos we witnessed this last Saturday. Dum Dum Girls threw down an unrelenting set of spotless cuts that blew away all expectations. Together with Portland shoegaze act Blouse and rising Seattle post-punk act Grave Babies, Saturday night was a powerhouse show for trouble by any name.Seattle's own Grave Babies dropped their second LP Crusher on Hardly Art last year, and since then, have been gaining some well-deserved ground swell. The album art is pure metal - a pig's head atop a pagan altar of sorts with candles and flowers and blood and other stuff, with the band and album names in spidery lettering. But don't let the visual bloodlust fool you - behind the wall of distortion and noise are excellently crafted post-punk tunes with two eyes on a wide horizon. The size and scope of Grave Babies' music is best understood and experienced in the live setting, where Danny Wahlfeldt's guitars are only sonically outdone by his sweeping, cavernous vocals. The drums are an industrial mixture of programming and live snap, while the bass and keys form a terrifying and formidable skeleton. Altogether, Grave Babies are a tough band to book as the opener because it's going to be damn near impossible to surpass the sensory impact crater left behind by them. This is a Seattle band to watch. 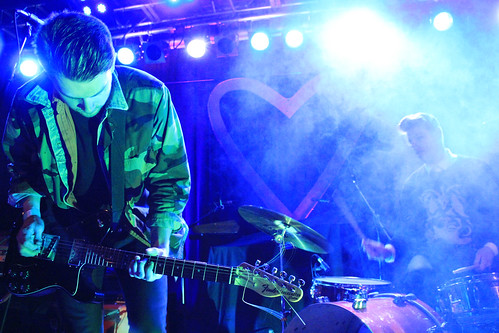 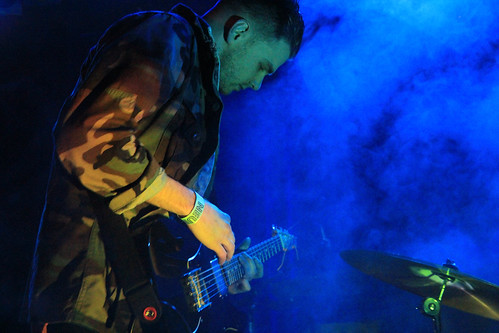 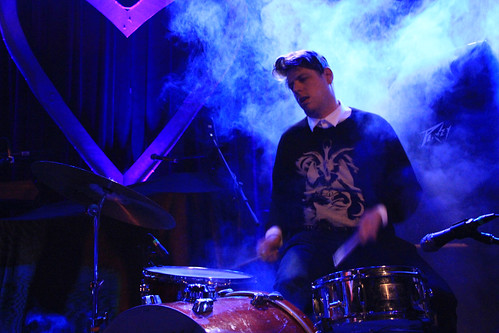 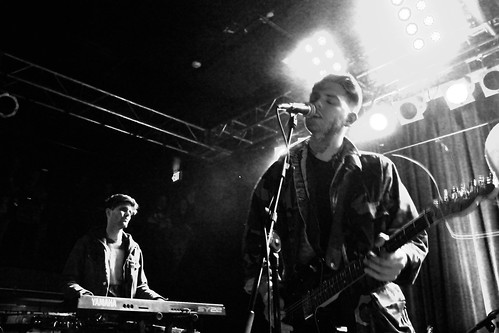 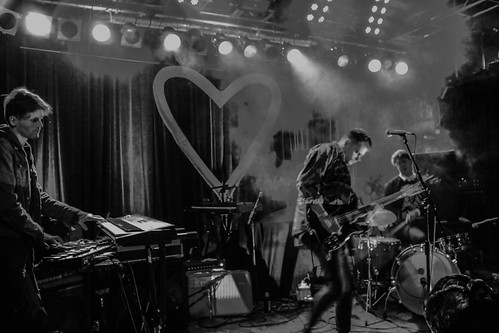 Blouse was about as perfect a choice as can be for a tour with Dum Dum Girls. Last September, the band released their second LP, called Imperium, for Brooklyn shoegaze outfit Captured Tracks, the same label where Dee Dee released some of her first material. On the new record, Blouse have exchanged the easy synth pop of their self-titled for a hazier, more organic indie rock effort. The result is some of the best work they've done yet - new cuts like the title track, "Eyesite", and "In A Glass" sounded excellent live. Charlie Hilton and her bandmates have a very subtle, yet intimate interaction on stage that evokes a deep feeling of understanding. It doesn't take much, but they do it all with grace and poise. Jacob Portrait and Patrick Adams both build a sensational track on which to grace Charlie's hauntingly beautiful vocals. To close their set out, Blouse went back to their 2011 classics "Into Black" and "Videotapes". Altogether, a wonderful sound and a warm opening to pave the way for Dum Dum Girls to dominate. 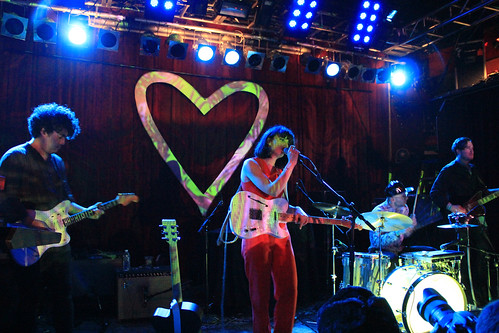 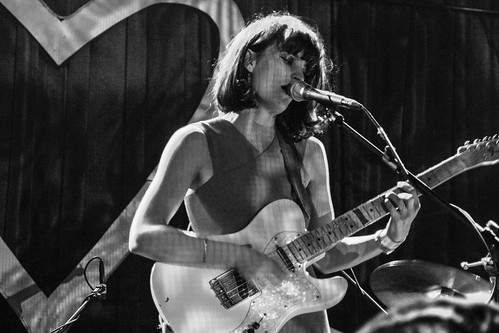 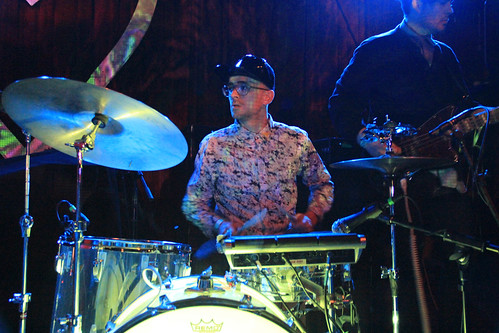 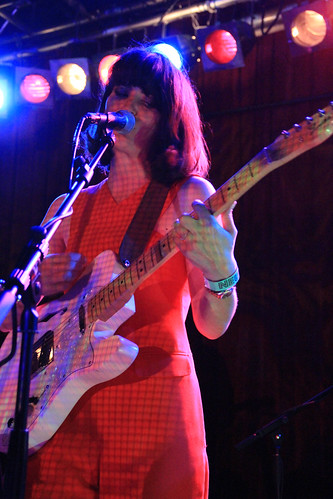 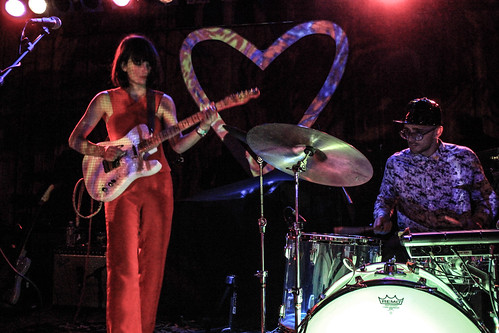 Dum Dum Girls entered the stage to massive applause and opened the evening with End of Daze opener "Mine Tonight". The tune could be a theme song for Dee Dee's dark and beautiful project - a foreboding doom that always seems right around the corner from a bright and brilliant hook. With another excellent record out the door, the band push the inevitable mythos further on down the road, and in the meantime, give us a murderously good show. All clad in black, Dee Dee and the girls burned into Only In Dreams single "Bedroom Eyes" with a fervor, followed by Too True punk wonder "In The Wake Of You". After that was the old school favorite "I Will Be" from the first LP of the same name, then the fan favorite 2011 single "He Gets Me High". And the palatable diversity of the set continued from there.

Dee Dee isn't really one for making a lot of inter-song banter, so the 14 track main set seemed to fly by. But with every track, the band brought a unique sense of grace, perfect for the occasion. Dum Dum Girls songs cross a broad landscape of love lost and wandering, but Dee Dee makes every one feel equally heart-wrenching. As if in character, she is a haunted muse on stage, either armed with a guitar or a tambourine, she dips and sways and gently dances around the stage like she's on a thin sheet of ice. The kinetic interpretation of her music would be unnatural any other way. Like "Mine Tonight" forebodes, she is a ghost in search of a dream that she may not truly want to find.

The set closed out before an encore with a rousing cover of Pale Saints classic "Sight of You". It's easy to imagine the dark UK dream pop band in Dee Dee's current rotation. Her take on it here tonight was divine. When the band returned to the stage, they played Too True slow-burner "Lost Boys & Girls Club" and Only In Dreams heartbreaker "Coming Down". Dee Dee bade farewell with only a small hint of a smile - the first we'd seen all night. If there's any excuse to break character for a moment, the sound of earsplitting applause at a sold out gig on a Saturday night is a pretty great one - even for a gothic princess whose name is trouble. 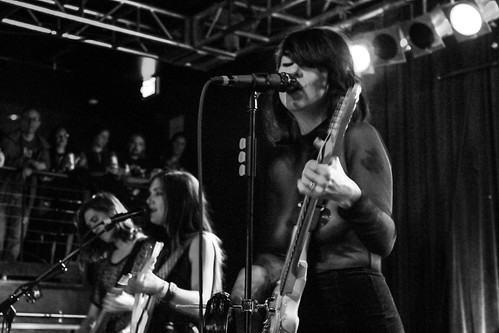 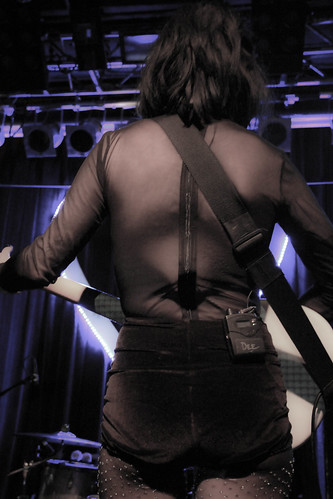 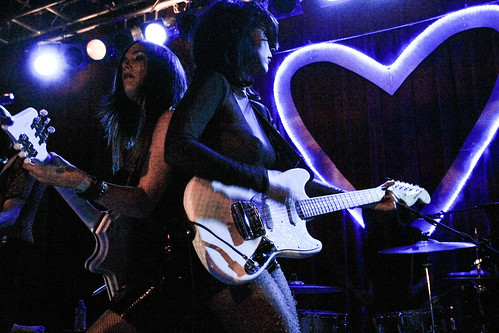 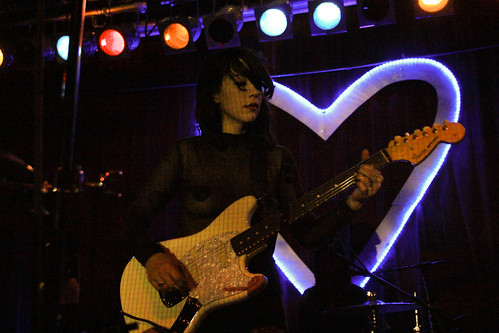 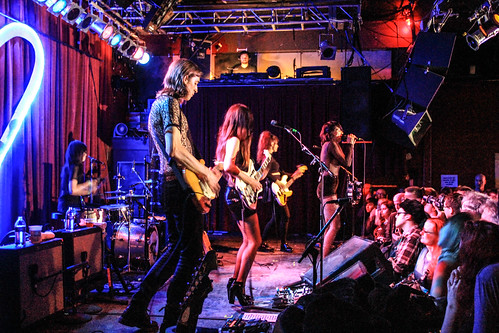 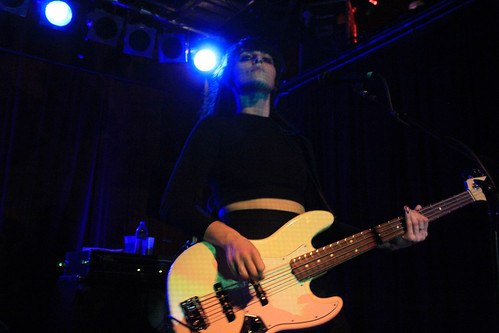 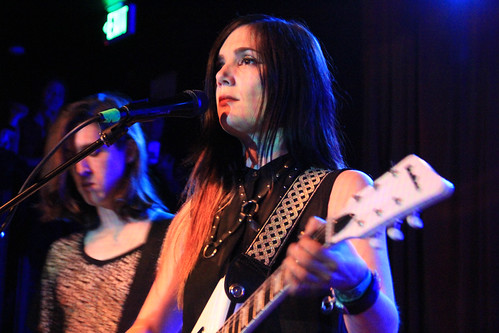 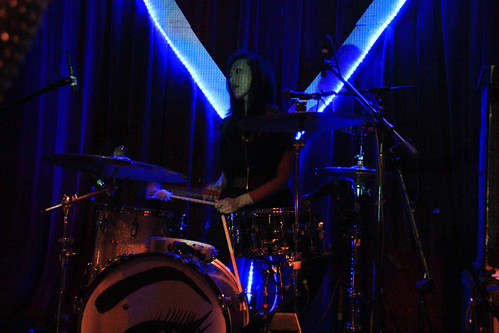 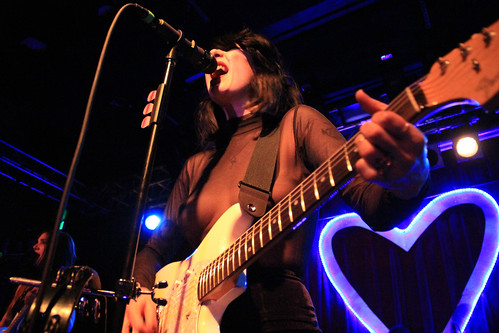 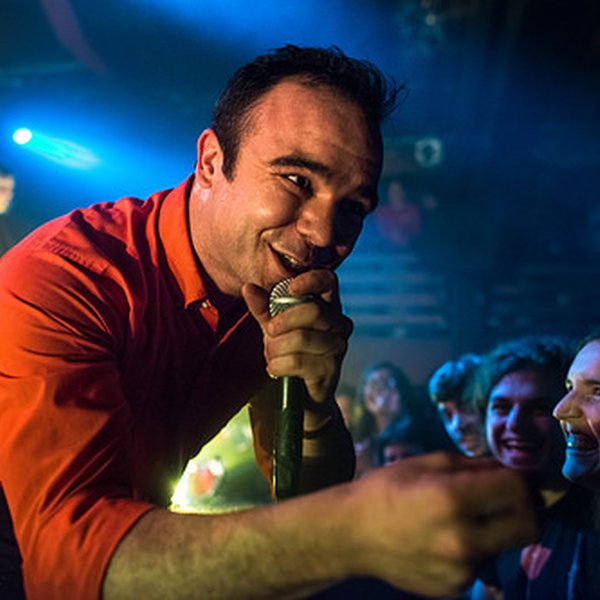 After the band finished ripping through a particularly danceable rendition of "Spirit" off their new record Singles, Future Islands frontman Sam Herring looked down at his sweat soaked shirt and pants. After a failed attempt to wring a piece of it out, he just laughed along with the rest of the c... 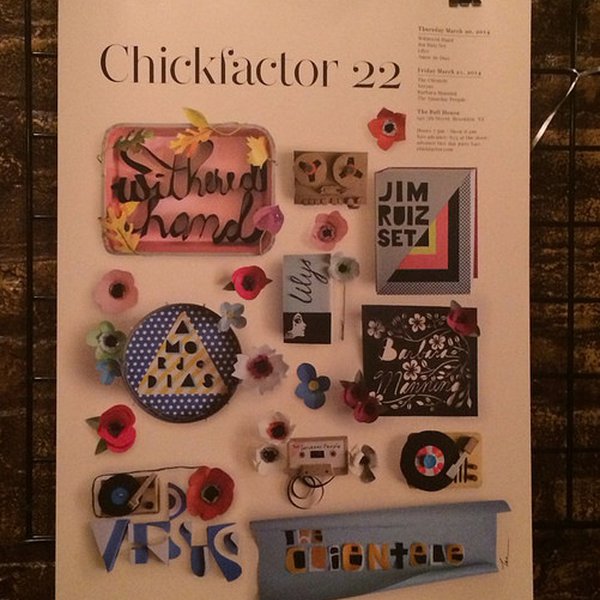 Wherever Chickfactor goes, I will follow. The premiere indiepop zine, Chickfactor began in 1992, around the same time the east coast pop scene was starting to explode. Labels were forming, like Slumberland and Teen-Beat, and founders Gail O'Hara and Pam Berry were on the scene, interviewing bands...