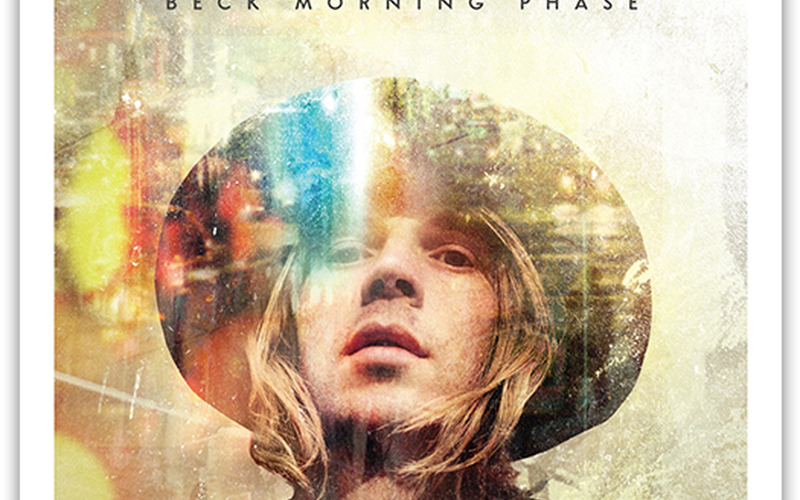 When Beck announced Morning Phase back in October, it was a bit of a surprise. Since 2008's Modern Guilt, we've seen quite a few original works from Beck even without as much as an EP. "Let's Get Lost" with Bat for Lashes off the Twilight soundtrack, "Ramona" from Scott Pilgrim (and all the stuff he wrote for Scott Pilgrim's fake band Sex Bob-Omb), his country-style Third Man session, a 27 minute Philip Glass rework (sort of original), a rap verse on a Childish Gambino track, and some original music for the videogame Soundscapes got us up through 2012. Last year, he dropped a handful of original singles including "Defriended" and "I Won't Be Long" along with sprawling, egregiously long extended versions. But all of these saw Beck building on the sounds of Modern Guilt, his kickass single "Timebomb", and even The Information to bring Beck’s slick, stylish sense of production into the new decade. But here we are in 2014, and Beck gives us a self-described sequel to his acoustic wonder Sea Change, 12 years later. Meanwhile, news crops up that Beck is working with Pharrell and there are rumors that a second album will drop in 2014, showing off Beck’s more danceable side. Is four short months enough time to mentally prepare for a sequel to one of the most well loved acoustic records in the modern (golden) age? Probably not. Regardless, Morning Phase is here and it is gorgeous, and it would be a pity to ignore all that it has to offer.

Beck has had a thing for music composition and arrangement in the past couple years. Remember when he covered David Bowie’s “Sound & Vision” last year with a 170 piece orchestra? Just a couple months before, he released Song Reader, a collection of new songs only offered as sheet music – essentially, an album without the original recorded music. These two points mark the endpoints of Beck’s sound spectrum covered on Morning Phase. Somewhere in the middle, Beck finds himself composing a gorgeous collection of barebones tunes in the style of Sea Change, with an arrangement setup that knows no boundaries. If Sea Change is the first Terminator movie, Morning Phase is T2 in every comparative aspect: it’s the same idea multiplied by ten thousand, bigger, louder, and with more explosions. Opening track “Morning” draws almost immediate comparison to “Golden Age” – it starts on the same acoustic guitar chord and everything. But “Morning” slows things down for a warmer, richer, cozier experience before diving into the pulsing radiance of “Heart Is A Drum”. Where “Paper Tiger” descends into “get out while you still can” heartbreak, “Heart Is A Drum” beats forward, trying to keep pace with the crowds driving down golden highways. The two albums parallel each other beautifully and intentionally.

But hold on a second… isn’t Sea Change a totally brutal breakup record that Beck wrote out of nowhere because he was super sad? Now, Beck isn’t sad – he’s happily married with children and continuing to enjoy commercial success as an artist, producer, and a festival headliner. Rather than try and emulate heartbreak of the past to make a sequel to one of his most dearly beloved records, Beck explores very different places of melancholy on Morning Phase. “Heart Is A Drum” finds preoccupation with age getting the best of Beck’s thoughts, while “Blue Moon” longs for true companionship. Morning Phase isn’t a retread by any means – rather, it feels like a relevant collection of ongoing thoughts from an artist who, for the most part, keeps to himself. Twelve years has given Beck plenty to think about in terms of love, heartbreak, and solidarity, especially in the context of discovering new types of love and the sacrifice it takes to make life work alongside those you dedicate yourself to. Morning Phase isn’t a bummed out record – it just refuses to be naïve to the long road ahead.

Musically, Morning Phase finds Beck very in tune with his muses and influences. “Say Goodbye” and “Country Down” find him spinning the same Nashville stories he did on Sea Change in glorious fashion. In other places, he expands the horizon and finds new ways to break your heart. “Wave” is a massive, all strings likeness of “Pyramid Song” that will put chills down your spine, while “Turn Away” takes a Simon & Garfunkel approach to conflict resolution. Finally, the album closes with the incredible “Waking Light”, which may be the most sprawling Beck ballad since “Ramona”. The spiraling song structure at hand here is divine, and Beck’s thematic wrap-up here makes “Waking Light” a lyrical high point as well. Plus, that T. Rex-style guitar solo that closes it off couldn’t be more epic. Altogether, Morning Phase sees Beck take on a dark horizon with a hopefulness and confidence that we never saw on Sea Change. In that, it’s a perfect sequel – the two go hand in hand.

Beck's Morning Phase is out now through Capitol Records. Grab it on CD and vinyl at your local record store. Beck is slated to play Coachella, Pitchfork Music Festival, and a handful of other festivals, but no formal tour plans have popped up yet. 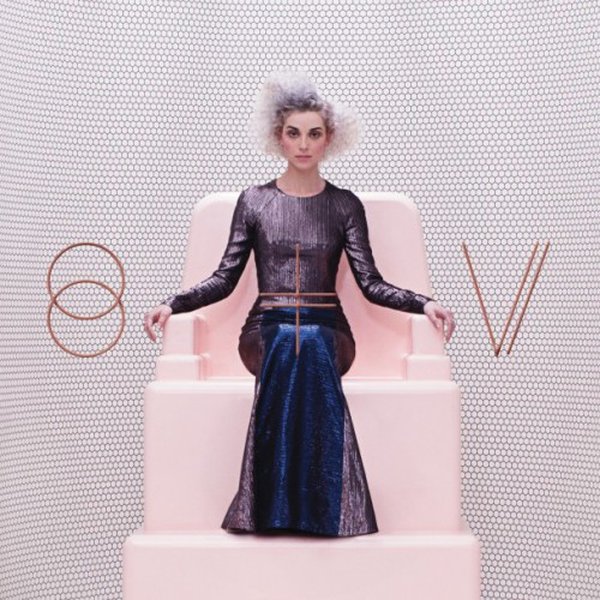 Listening to St. Vincent's new self-titled LP, I find it harder and harder to market Annie Clark's music to friends by method of comparison. On her past efforts, including 2011's excellent Strange Mercy and her breakthrough 2009 record Actor, Clark has stood out on the forefront of a brave, new wav…

I want to live in whatever atmosphere Seth Haley goes to when he writes material for Com Truise. If you don't know the story, Com Truise is an alter ego for Haley - he's a robotic astronaut going boldly where no man has gone before etc etc. Wave 1, his first offering of brand spanking new material …