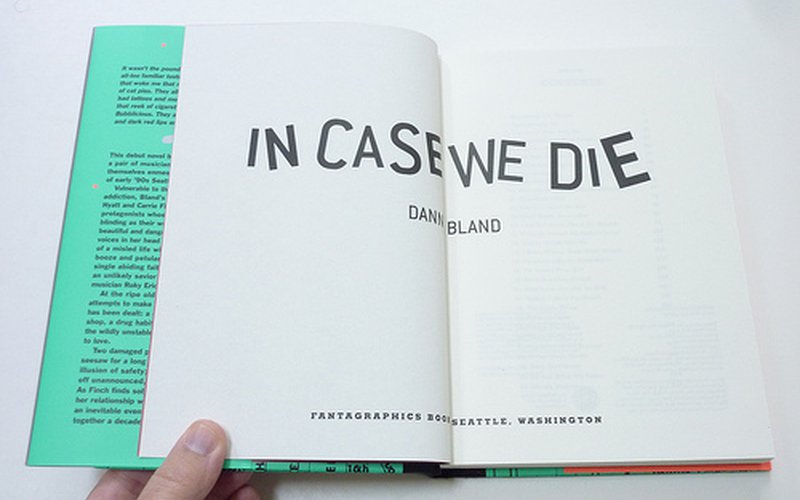 There are a whole of really good deep and fun reads out this fall. Some of it is about music and the madness that surrounds the lives that make it and enjoy it, some of it’s about people who work after hours in nightmarish conditions who have to find serenity through blood, or who follow a trajectory of multiple career meltdowns that after awhile seems like some sort of Roman misogyny ritual. Then there’s a tripping-balls spiritual mash-up of pop culture, weight-lifting, and soul-searching that for all its faith ends in fury. All of these themes are available in new works of literature and criticism, each as fresh as it is occasionally frightening. Here's a list of the synapse-attack hardbacks and paperbacks from my own recent stash and stacks, all highly recommended for various briefly stated and personally stubborn reasons:

In Case We Die by Danny BlandThis is a debut novel put out by Fantagraphics, the world’s mightiest publisher, and they have made a very wise choice with this release. Danny Bland is a salty, yet wise, bastard of the alt-underground rock scene, a musical veteran from way back, who tour manages tenacious troubadours like Dave Alvin. This is a fictionalized story of how Bland worked after-hours in a sex shop in downtown Seattle before the music boom years, back when things were a lot creepier and darkness crept through the music scene like drugs through a chronic addict’s veins. From there, it focuses on a girl obsessed with Roky Erickson as her spirit animal (she could have done worse, and yet she still couldn’t have saved herself) and her relationship with the world-antagonistic narrator, as they try to find balance in addiction and passion. It’s a revenge tale that never quits but spills more blood and asks more questions than you might be prepared for. If you know much about the behind the scenes traumas involved in gearing-to-grunge era Puget Sound punk, this will all seem as deliriously entertaining as it is wickedly sobering. For those still too amped to settle in with a great novel or who need a prime ultra-cool jogging or weightlifting or driving soundtrack, the audio version features John Doe, Duff McKagan, Mark Lanegan, Mark Arm, even comedian Marc Maron -- pretty much anyone who uses language and noise to wrestle with similar demons to Bland’s own, thus being a sweet adaptation of his already-keen literary voice.

Gender, Branding, And The Modern Music Industry by Kristin L. LiebThe too-familiar controversy and piling-on of Miley Cyrus bugging you for understandably mixed reasons? Kristin Lieb’s academic-but-aces read is a killer study for anyone who finds the constant cycle of picking out, propping up, and pimping out of strong, talented women in pop music. It’s easily the best argued and most accessible manifesto against misogynistic stereotyping in pop culture ever scribed, and so persuasive that as its meaning settles in, one wants to foment deep and devoted cultural revolution immediately. This past spring, Ms. Lieb hit the Experience Music Pop Conference out of nowhere (actually, out of traumatized Boston, because she had something important to say regardless of what was wrecking her hometown). She gave two short, spitfire, wildly entertaining yet factually horrifying bursts of incendiary assertions about perversely rigid roles women are made to play to work in the mainstream music business. If you caught her, you got a lot of what the best the Con ever has to offer: a cunning presentation well-documented and technically delineated, and a call to arms to end relentlessly sexist tropes. She simply devastated many of us with her analysis of "the Cultural Diamond," the way a female is allowed to construct the too-few levels of how women artists can move through in the business. For this investigation, Lieb chatted with everyone from the artists themselves, record executives, touring back-up musicians, and fellow journalists to get gem-cutting quotes, and much of what it amounts to makes me weak in the spleen. I seriously found myself raging against the data, "This can't be, it can't always end up this way." But here it is: just how hard it is to be creative, be yourself, and still make in in mainstream music. Lieb promises a follow up book about how things are being done right (in underground rock, etc.) coming up from her next.

Tripping With Allah: Islam, Drugs, and Writing by Michael Muhammad KnightThis is where the audacious author of the Muslim punk-analyzing book/movie The Taqwacores turns his sight to the pursuit of ayahuasca consumption even whilst practicing a religion that arguably forbids such mental journeys. It’s all about intention: Knight is a tripper of the post-New Journalist variety, sure, but he’s not learning to sample kicks. Just like his Phil K. Dick-like obsessions with all sorts of mutated elements in popular culture (Transformers, hip-hop and hardcore, the homeless steroid-saturated gym rat milieu), he huff-sucks up all the reasons to both enter into thee dark night of the soul as well weighing options against (matters of spiritual authenticity). It’s about both the dizziness and the nobility of the journey toward metaphysical Mecca; ripping shit that holds him down out of his life, whether it be authoritarian- or self-censored; sweetly floating through rock and roll and religious and sexualized conversation and ideation with mates. It’s sometimes beautiful, probably blasphemous to many, occasionally wasting time gazing at its own third eye, but the ride flows out beyond the old games of vengeance and into a genuinely sought-for place of not-nothing. It’s not quite the book Knight has in him, but I personally wouldn’t have missed this trip. 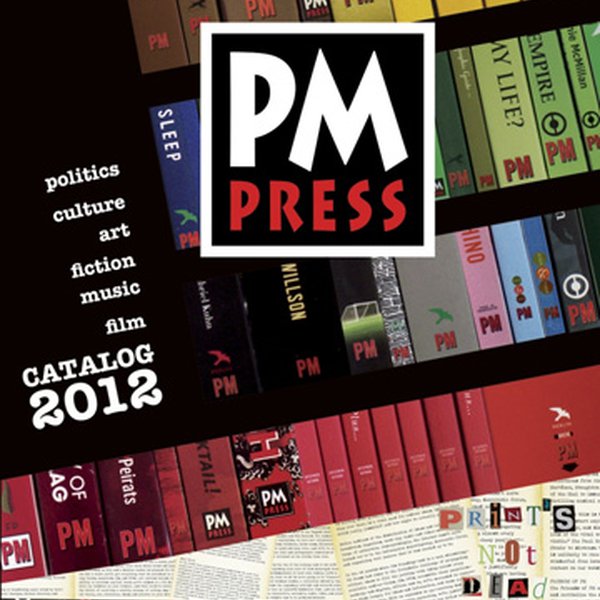 It’s great to see that excellent, keenly questioning, perennially rebellious, truly inspiring, and high quality reading/viewing/listening materials keep being published and produced in this extremely DIY economy. Forged in the fires of pre-economic collapse in 2007, Oakland, CA-based PM Press is ... 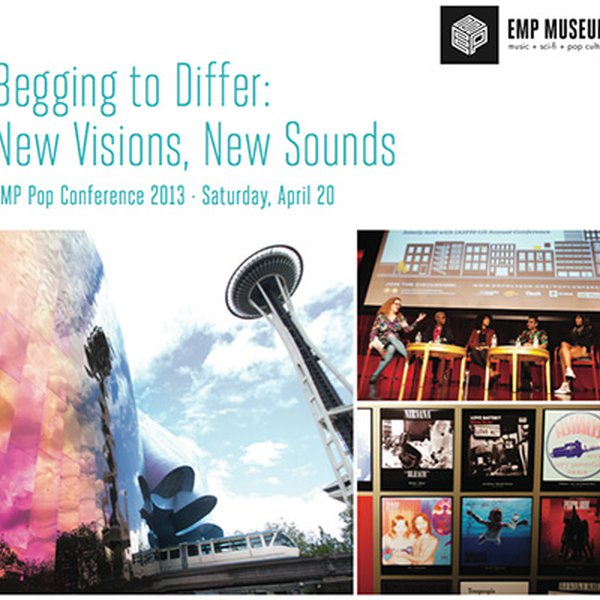 The EMP Pop Conference is back in Seattle! On Saturday, April 20th, from 9AM to 5PM, at the Experience Music Project, a whole bunch of voices will be heard in debates, five minute talks, and excited dialogues about music, music culture, art, politics, and all the other fascinating subjects that g...