On any given weekend in Seattle, there are a million amazing shows to see - from jazz at a coffee shop or theater, to a grunge show at a DIY space, to a major act at any one of our large venues. Maybe this weekend you want to try something new, maybe you heard one song by this small electronic, folk, grunge group, maybe it as on Audioasis, maybe it was from a friend, or maybe you’re just tired of what you’ve been previously listening to. Luckily for you, as Audioasis has demonstrated over and over again, the PNW is ripe with local acts. Because we love the amazing diversity of venues, art spaces, producers, bookers, musicians, and talent, we’re going to suggest a few. This week we recommend Nightmare Fortress with Grey Gardens, Haunted Horses and Music for Evenings; Naomi Punk, Ruby Pins and FF at Black Lodge; Calvin Johnson, Priests and Fucking Dyke Bitches at Heartland.

Flatfield Records is releasing the compilation Twitch and Gloam: Dark Sounds From the Pacific Northwest, which pulls together the perfect atmospheric collection of brooding, screeching, experimental and otherwise finely/obliquely crafted heavy burners of tracks ever created in the PNW. Several of the bands are performing at the release party, and benefit for Capitol Hill Housing Foundation, at Chop Suey this Thursday, including Nightmare Fortress with their hazy eerie ultraviolet synth rock powered by Alicia Amiri's ominously soaring vocals and Haunted Horses who're likely to overpower the audience with the steeply scary electronic one-twos. Also performing is Grey Gardens with their classic garage tinged sound with darker wanderings, and ambling one-man electronic spookster Music for Evenings. The comp itself also features the genius works of groups like Vancouver's //zoo, Mode Moderne, Vice Device, Grave Babies, and more. Chop Suey, 8:30pm, 8$, 21+. More info here.

You won't need "discerning eardrums" so much as a discerning intuition to turn the madness of heavy drone vibrations into the kind of raw emotions that this kind of music can evoke. When that moment happens - tiny shifts in the vibrations and noises that break through the simplicity and effect you as much as a power chord or pop harmony - you'll find yourself returning to shows like this over and over again. You might actually get to dance to the Phine Gage's elastic beats as they waver within the electronic-apocalyptic soundscapes. Simic and Time Eater open. Hollow Earth Radio, 8:30pm, $8, all-ages. More info here.

Although many people know about San Francisco's Grass Widow, few know about the side project of Grass Widow's Lillian Maring, called Ruby Pins. Born out of the death of a close friend, Ruby Pins sounds somewhat similar to her other project except that rather than having three voices ricocheting as one clattering voice, in Ruby Pins the voice is solitary, the bass is heavier, and the subject matter ranges from dark to darker. "I wanted to make a pop album that talks about sexual harassment and death," she has said. Ruby Pins will be performing with some excellent Seattle bands: loud as it pleases Naomi Punk, post-punk dreamers FF, and Vex. Black Blodge, 9:00. More info here.

Pair two basically punk queer power female rocking bands with the odd rhythms and rhymes of K Records infamous Calvin Johnson and you have a guaranteed fantastic evening. Last time I saw Calvin was at Vera Project as part of the K Records tour Love Songs for Lamps Roadshow. He was grasping the mic and staring directly into the eyes of his audience as his gravely voice sternly wavered on. The performance is seared in my memory as being both starkly weird and excitingly moving. Supporting Calvin are the hard hitting reclamation-punks Fucking Dyke Bitches, whose pointedly offensive name recently stirred up some drama in Nashville - and Priests, the Chain and the Gang member Katie Alice Greer's screeching semi-political side-project. Heartland, NO JERKS, NO BOOZE, 8 PM. Info here.

Tuesday, June 18th brings you KEXP favorites Chastity Belt with LA Font, Dude York, and Punishment at Therapy Lounge. On Friday the 21st, you can catch some generally pop noise over at Hollow Earth with Olympia's HOT FRUIT with Sweet Potatoes, Bushtit, Monkey Escalator, and Sick Sad World. On Saturday, June 22, you can catch some experimental guitar ramblings with K Record's Angelo Spencer with Ben Von Wildhaus, and The Correspondents at Cairo or if you prefer hip-hop go to the Vera Project and catch Knowmads with Key Nyata, PondScum, and Special Guests.

Also, while most of these shows are at all ages venues, keep in mind if you're +21, this weekend is the Vera Project's A Drink for the Kids. If you're going to get a drink, you might as well benefit one of Seattle's all-ages venues! 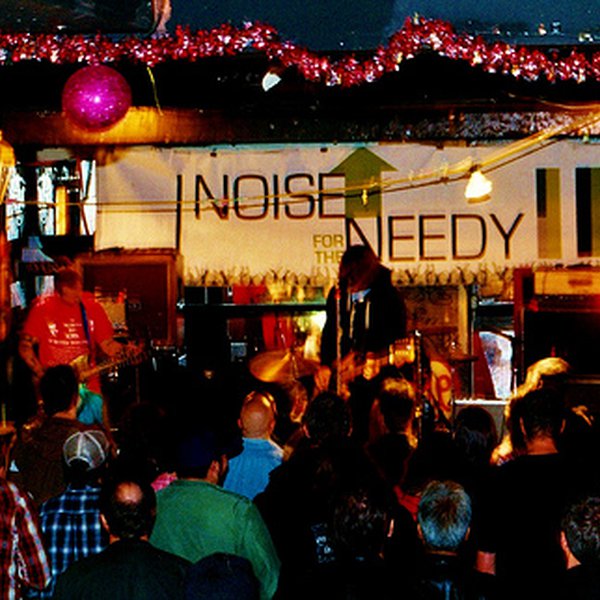 KEXP Suggests: Noise for the Needy 2013

Each year, Noise for the Needy raises money for Seattle charities – which in the past included Teen Feed, Urban Rest Stop, Roots Youth Shelter and Music for America – through a series of concerts and events. The 2013 festival takes over Ballard this week and benefits Ballard Food Bank, which for th… 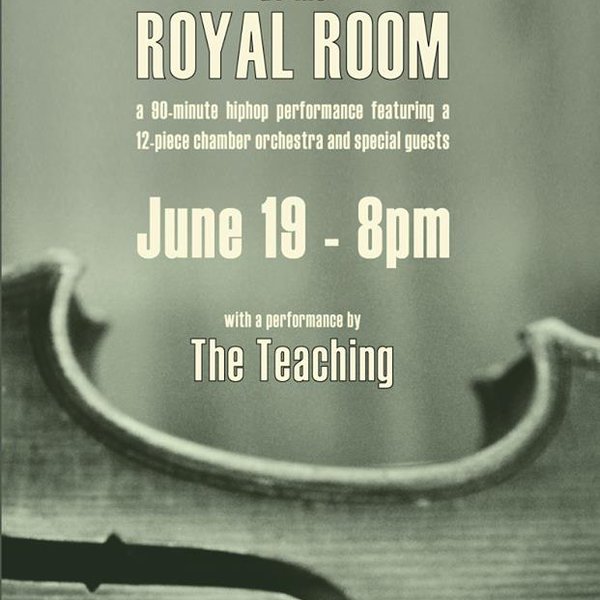 Seattle band The Teaching has the distinction of being the only group featured on an instrumental track from Macklemore and Ryan Lewis’ album, The Heist, a 5-minute song called “BomBom”, full with dramatic rises and falls that has the listener feeling like he’s in a musical storm at sea.