“Welcome to Prom Night Class of 2013” read the banner displayed high above the dance floor at the Crocodile Café. People celebrated the night, the official lineup release party for Bumbershoot 2013, hanging over the balcony, dressed fancy, their hair done, jewelry around their necks, cheering for soul singer (and Bumbershoot performer) Allen Stone to sing.

When Stone hit the stage at 9 pm, he was met with welcoming shrieks. Adorned in top hat and tails, amber sunglasses and his trademark wide-mouth grin, Stone opened the set with his song “What I’ve Seen.” He toggled between original tunes and covers, from Stevie Wonder’s “Superstition” to Bob Marley’s “Is This Love” to Marvin Gaye’s “Let’s Stay Together”.

When you walked into the Crocodile on Thursday night, the first thing you did, if you were game for the Prom-themed evening (and why wouldn’t you be??), was get your picture taken with your date. People joked as they waited in line for the photos, “Oh my gosh, I told my mom I was sleeping at Tiffany’s house, and Tiffany told her mom she was sleeping at my house! We’re going to stay out all night!” There was a wheel attendees could spin to win candy, mystery prize or Bumbershoot posters. There was a punch bowl, tuxedo t-shirts and pastel balloons.

“The Mother Ship is ready,” exclaimed keys player Mark Sampson on stage from behind dark glasses. This received a loud round of applause from the hyped audience. The six-piece band was excellently rehearsed, keeping the crowd moving the whole night. “This is something we invented,” said Stone, “the Universal Sway. To left, the right! Let’s see it Seattle!”

After the first set, energetic and full of dancing, the band took a break and the official 2013 Bumbershoot lineup video was played. Then the audience elected a Prom King and Queen as dj100proof spun records in the background. Stone came on stage for a second set, culminating with an encore – a cover of TLC’s “Waterfalls”, rap and all.

A second Prom night is slated for tonight at The Crocodile with the golden-locked Stone performing again for his hometown, gussied-up fans. 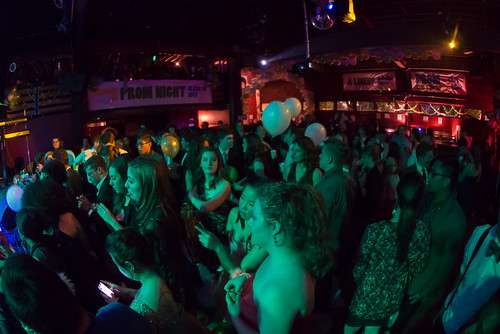 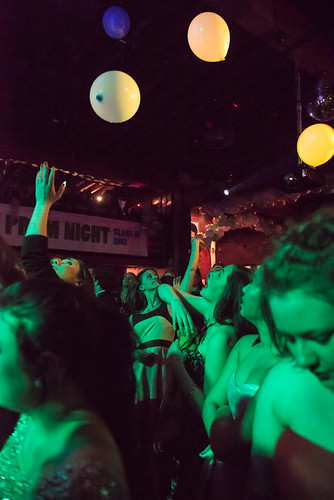 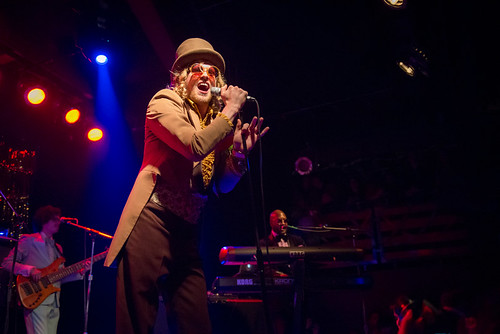 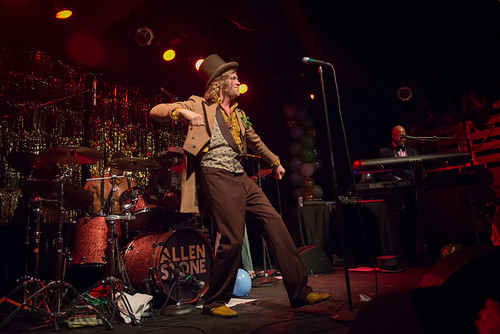 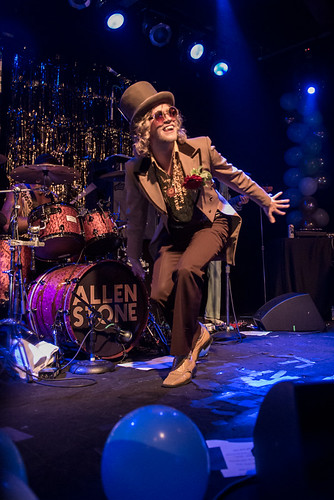 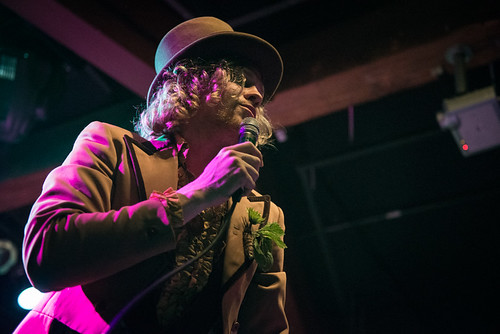 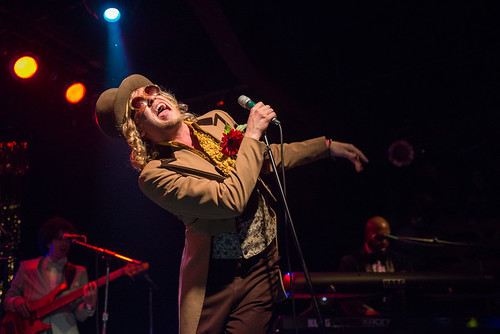 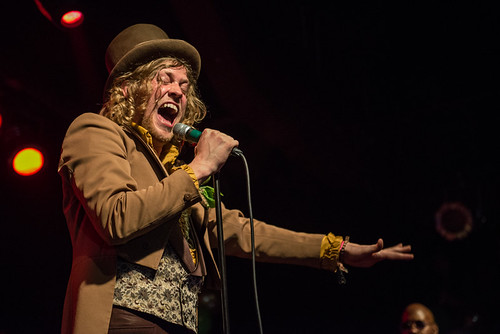 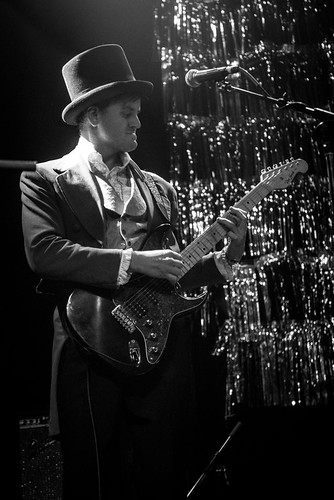 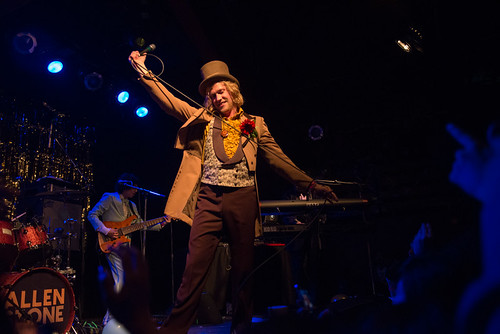 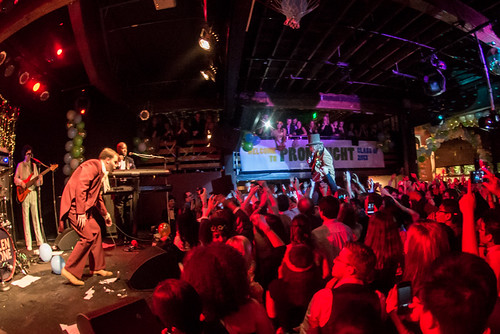 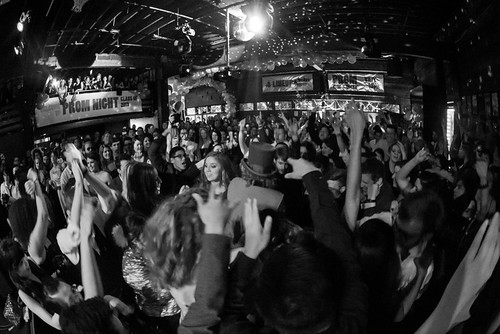 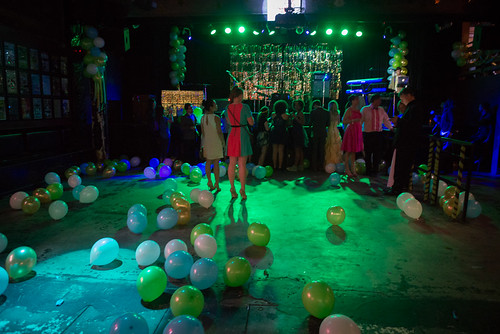 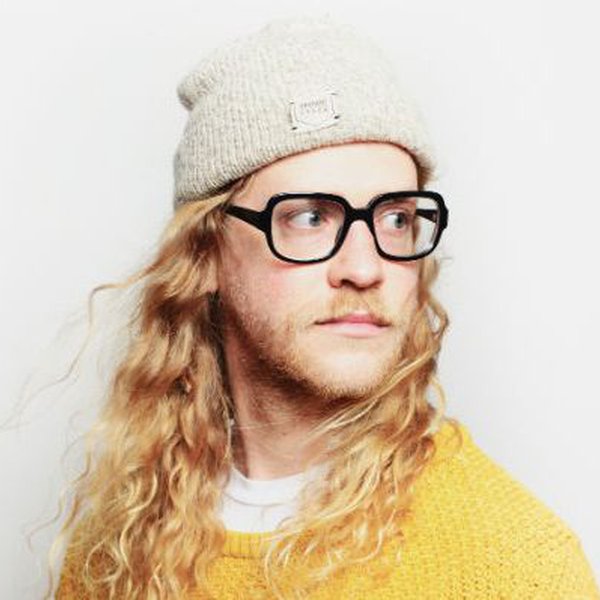 KEXP catches up with the golden-voiced musician Allen Stone and asks him about the new project, how his life has changed over the years, and when he realized he could really sing. 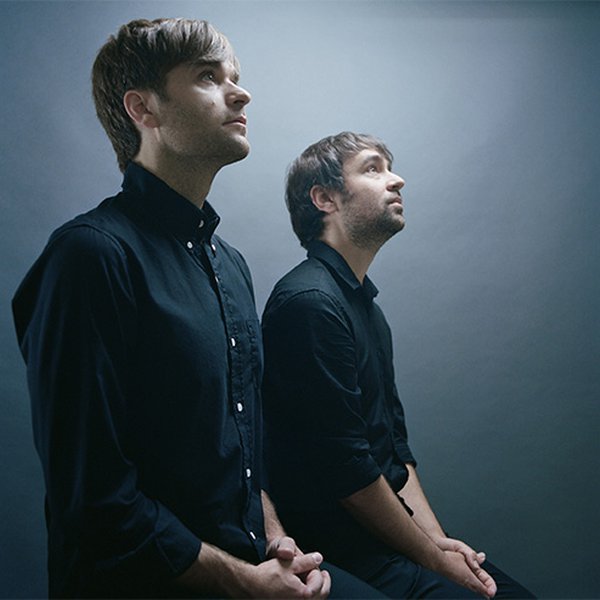 Song of the Day: The Postal Service - A Tattered Line of String 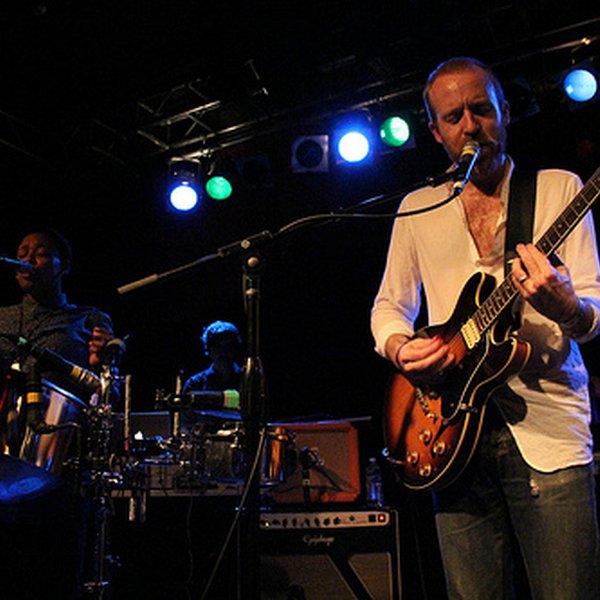 Al Doyle is a wunderkind. Whether he's hopping between three or four different instrument setups at a Hot Chip show, turning the guitar part on "Losing My Edge" into a rock 'n' roll masterpiece at LCD Soundsystem's last show, or having the time of his life jamming out with fellow Hot Chip member Fe… 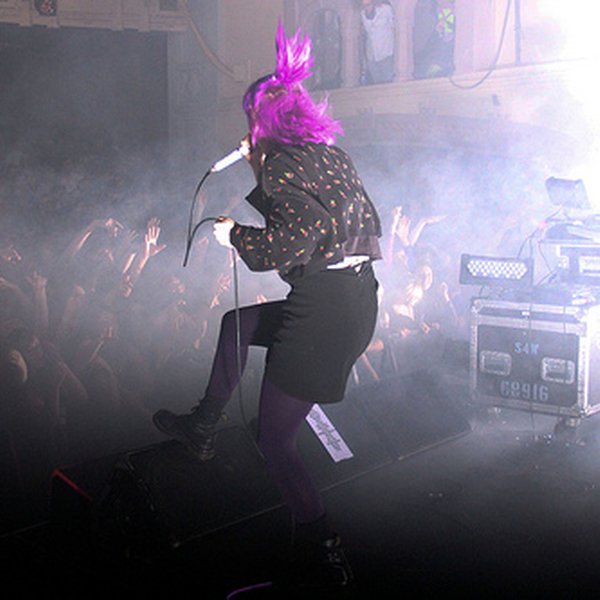 Toronto rave gods Crystal Castles are known for their brutally intense live show. Alice Glass smokes nearly an entire pack of cigarettes on stage and makes some good progress on a bottle of Jack Daniels, while Ethan Kath barely looks up from his table, making sure that every pulsing bass drop shake… 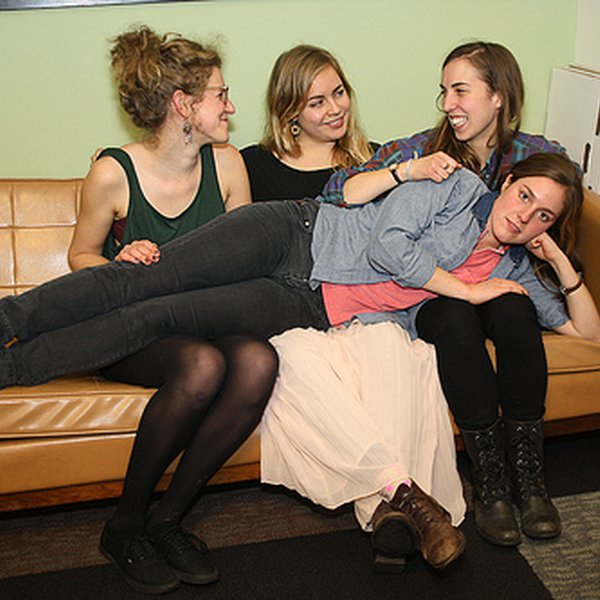 When I first heard of Chastity Belt, it was through word of mouth. My friends highly endorsed this band from Walla Walla, WA. They had just moved here and were playing some shows around town. Their song titles kinda freaked me out in the beginning, but that quickly changed when I got the chance to …