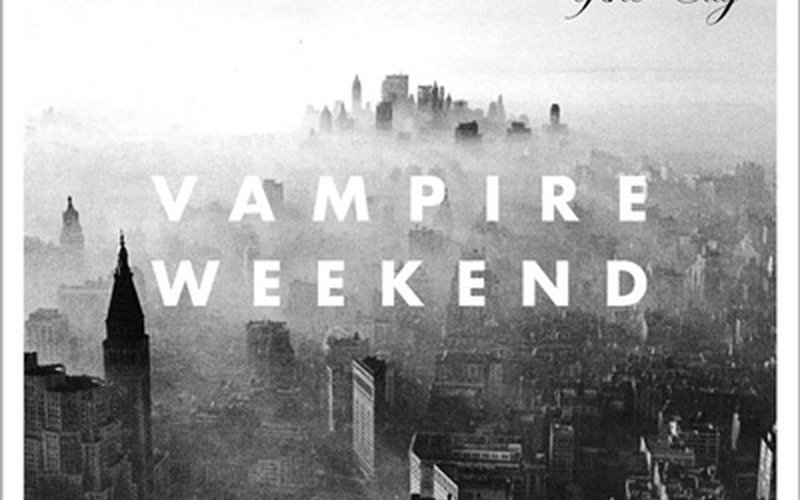 In March 2012, Girls mastermind Lena Dunham told NY Mag, that "[Millennial] lostness and that questioning — I wish I could say that it completely went away when you were getting to do the thing you wanted to do, but unfortunately, that’s not the truth." The most recent season of Girls featured a number of guest roles/cameos starring Millennial actors, but none was more on-target than that of Vampire Weekend singer/guitarist Ezra Koenig, who delivers a single line in the season's sixth episode. Although he didn't get much screentime, Koenig is the perfect choice for a cameo on what - for better or worse - is the show arguably most associated with Millennial generation. (Either because of its portrayal of the group or because of the large amount of discussion it generates about the group.) Vampire Weekend have been around long enough that the show's target demographic remembers the release of their 2008 debut during their time in high school or college, and kept enough of a tab on the band to watch Koenig - along with multi-instrumentalist/producer Rostam Batmanglij, bassist Chris Baio, and drummer Chris Tomson - transform from Pitchfork darlings to Billboard 200 chart toppers. They're also old enough to recall that upon their hype-doused arrival, Vampire Weekend were perceived by some critics to be snooty, upper-class, and out of touch with the rough, DIY aesthetic that runs through indie rock's veins. But on Modern Vampires of the City, the band's third album, the group not only presents themselves as more human than ever before, but is also completely confident in proving it.

Although Modern Vampires is the band's biggest stylistic leap yet, it isn't because they've ditched any of the clever, athletic, and colorful tendencies that made the band so charming in the first place. However, they've taken their greatest strengths and made them sharper than ever before. Every element of the album, from the production to the arrangements to the pacing, feels like a logical evolution. For example, Koenig's lyrics on Modern Vampires are as academic as ever - that hasn't, and probably won't ever change. He does hold a B.A. in English from Columbia University, after all - but for the first time, he sounds vulnerable. (It's worth noting here that since the release of 2010's Contra, Koenig broke up with his long-time girlfriend and spent an uncomfortable period on Los Angeles before moving back to New York.) On the band's first two albums, Koenig's lyrics embodied a wide range of moods, each of which undoubtedly contained a degree of the singer's personality, but the words on Modern Vampires are more emotively direct. For every Koenig-esque mention of African cities or a Latin phrase, there's a lyric that atypically reveals the sentiment behind Koenig's narratives quite directly. "Our days were long/our nights no longer", "Maybe she's gone and I can't resurrect her/the truth is she doesn't need me to protect her", "Is this the fate that half of the world has planned for me?" - all key lines on Modern Vampires that show Koenig's growth as a lyricist. Like the upper-class subjects of Vampire Weekend and Contra, he relates with his characters, but is also completely aware of their shortcomings in spite of their privilege. Koenig continues to juxtapose these conflicts on Modern Vampires, but this time it's the desire for youth and curiosity with the attaining of wisdom and achievement. He examines euphoric recklessness ("Diane Young"), romantic insecurity ("Hannah Hunt", "Step"), and squares off with God on three occasions ("Ya Hey", "Everlasting Arms", "Unbelievers"), but never really answers any of the questions he asks in those songs.

That's okay, though, because along with his better-than-ever vocal performances, he can sell this uneasiness with the help of Batmanglij, the other half of VW's creative core, who has evolved too. Sharing producer credit for the first time (co-piloting the album with producer-of-the-moment Ariel Rechtshaid), the songs on Modern Vampires sound more nuanced and detailed than the previous two albums (which are both very well-produced albums.) Part of the credit for this sonic leap should go to Rechtshaid; not many producers know how to make both Usher and Vampire Weekend sound sharp, and his presence behind the boards is palpably beneficial to the band. (Especially to Tomson, whose percussion has never utilized such a wide variety of textures to such great success.) The other part of the credit should go to Batmanglij and Koenig's songwriting. Although the tempos and instruments used in the songs are familiar to the band, they've learned to work in more subdued atmospheres while continuing to hone their songcraft. The album's more upbeat tracks ("finger Back", "Unbelievers", "Worship You") opt for warm, consistent textures rather than the manic explosions that shaped "A-Punk" or "Cousins", but the slower tracks are where the band's arrangements really shine, particularly the looming "Hudson", radiant opener "Obvious Bicycle", and "Hannah Hunt", the album's centerpiece and most cutting moment. After three minutes of quiet, melodic storytelling, Koenig yells the song's dramatic hook: "If I can't trust you/then damn it, Hannah/there's no future/there's no answer". Although the titular character is named for a classmate of Koenig's, it's easy to draw the conclusion that Koenig is singing to Hannah Horvath, the protagonist of Girls, and by extension, his generation as whole. If "Hannah Hunt" were on another reference-heavy, theme-obscuring Vampire Weekend album, this conjecture probably wouldn't hold up, but in the light of Koenig's more direct approach, it clicks perfectly. When he gets to the last part of the refrain - "Although we live on the U.S. dollar/we got our own sense of time" - there's a sense of comfort in the way he delivers the line. Koenig is aware of the malaise that plagues him, Dunham, the rest of the band, and so many others, but he isn't hung up on it; he's just going to keep on doing what he does best: trying. More than anything else, Modern Vampires of the City exudes a newfound confidence from Vampire Weekend, one that shrugs off the internet haters in favor of fearless exploration and expression. Although they admit there will always be uncertainty along the way, Vampire Weekend have weathered enough peanut gallery criticism and played too many scorching daytime festival slots to not carry on working towards finding some sort of satisfaction.

Modern Vampires of the City is best summed up by, of all things, this GIF. Aside from being a quintessentially Millennial image format, it shows the band somewhat awkwardly spraying champagne on a rooftop in Midtown, ostensibly to celebrate the album's release. None of the members look particularly comfortable spraying expensive alcohol just for the sake of spraying expensive alcohol, but they're enjoying it nonetheless. Like the band, the characters in Modern Vampires - the Saab-burning super rich kid of "Diane Young", "Step"'s uneasy romantic, the desperate theologian of "Ya Hey", and the confused lover of the titular "Hannah Hunt" - aren't particularly certain about their respective predicaments, but they're pressing on in the post-YOLO world they've created for themselves. (as Buzzfeed's Matthew Perpetua points out in his fantastic analysis of the album.) What makes Modern Vampires of the City not only one of the year's best albums, but also the band's overall best LP, is that it's able to paint a sympathetic portrait of a frustrated Millennial without falling prey to the verbose, Thought Catalog-style masochism that seems to end up serving as the most comprehendible take on that age group. A completely satisfying next step in an already great career, Modern Vampires of the City shows that whatever comes next for Vampire Weekend, the kids do, in fact, stand a very good chance. “Hey Joe, sorry to hurt you, but they say love is a virtue, don’t they?” On The National’s new single “Sea of Love”, this quiet apology to a friend is a battle cry for affirmation of love. At this point, The National are indie rock legends, and themes of terrible love and trying relationship are ... 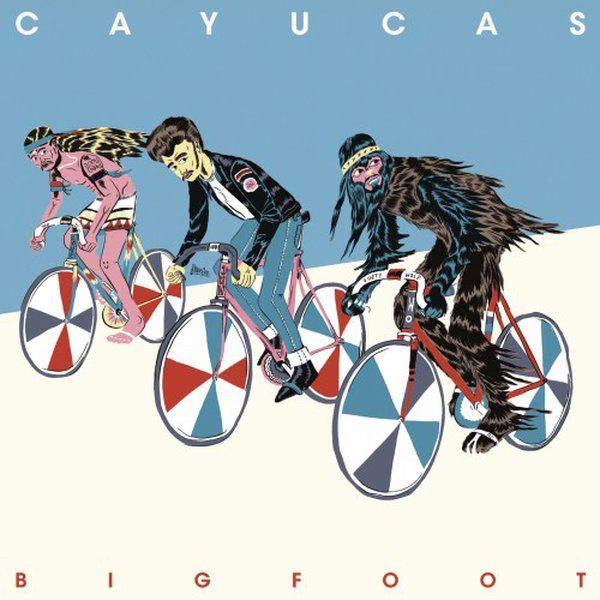 There is a place where the sounds and sights of summer are always abounding and where you can sing about the beach all year long. That place, according to Zach Yudin, is Cayucos, California. His project Cayucas (formerly called Oregon Bike Trails) is an unapologetic love letter to the feeling giv...