If I could choose a single children’s book to describe this year’s Treefort Music Festival, it would be The Little Engine That Could. After the resounding success of the inaugural Treefort Festival last year, the organizers truly did listen to all of the feedback and incorporated it to make this year’s festival bigger and better than before.

On the top of the improvement list was the addition of a new venue The El Korah. By day, the Shrine is dedicated to Shriner related events, but at dusk the Shrine’s giant ballroom transformed into a musical oasis where people of all ages rocked out to live music while the bands like Built To Spill played beneath a neon crescent moon. 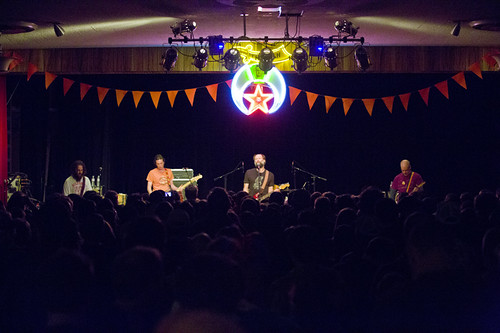 In addition to its musical selection, Treefort also expanded its activity offerings. This year festival goers could participate in morning Yoga classes, attend a variety of music related panel discussions, eat at one of the many food trucks, and sample a variety of local beers from the many micro-breweries that call the Boise area home. The range and scope of these offerings worked great in conjunction with Treefort’s overall location and demographic and was a huge expansion from last year. 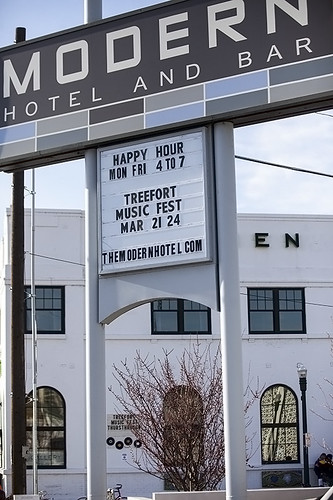 In terms of the lineup, each day was full of unique musical acts spanning a variety of musical genres. During the day, one could catch the hip-hop sounds of Brother Ali on one stage, switch over to another stage to see indie-rockers Quasi, and then head down to the south end of the festival and join the giant dance party with Boise’s own Magic Sword. Of course, Treefort featured a number of up and coming Pacific Northwest bands like Kithkin, Pickwick, Y La Bamba, and The Thermals. 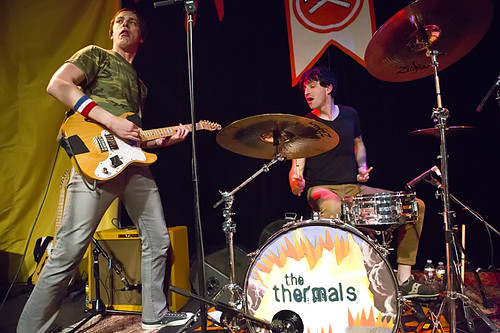 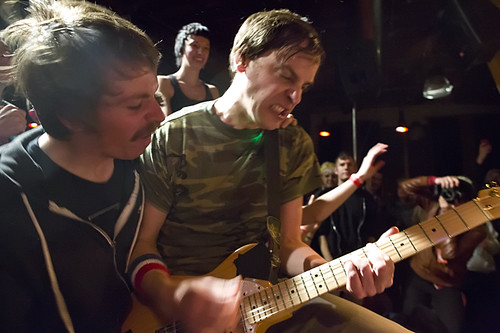 Despite the cold front that even saw snow falling on the first night, the chilly temperatures music fans turned out in force to see their favorite acts. Dan Deacon summarized the situation best by stating that it was damn cold, but that wasn’t going to stop him or anyone else from having a good time. 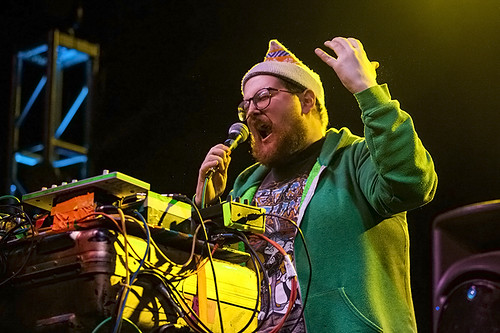 Notable performances were given by a slew of bands including Kithkin who told the audience their comical story of having managed to graduate college, acquire two speeding tickets, and play a show all in the same day.

Meanwhile the Brooklyn based punk rockers Japanther managed to turn the entire venue into one giant mosh-pit. 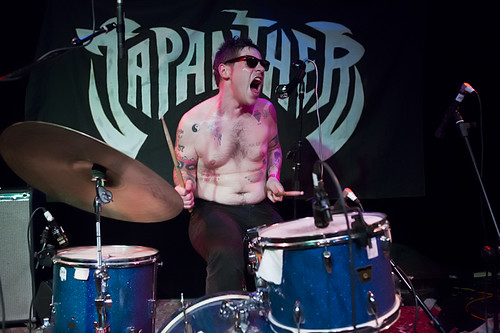 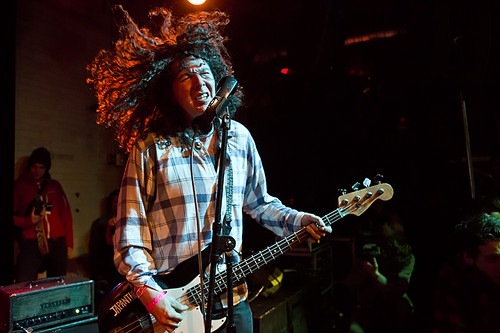 On the Main Stage, The Walkmen also gave an exceptional performance. It seemed like lead singer Hamilton Leithauesr’s voice carried over the crowd as if to trying to echo through the halls of the Capitol Building down the way. 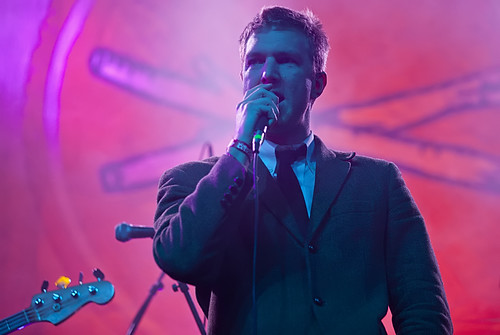 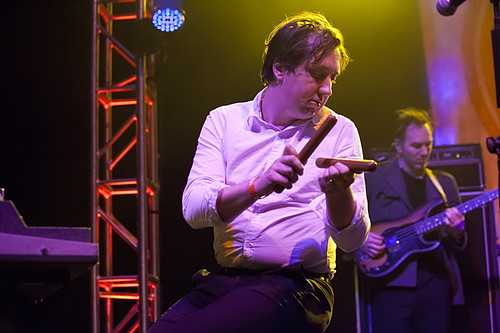 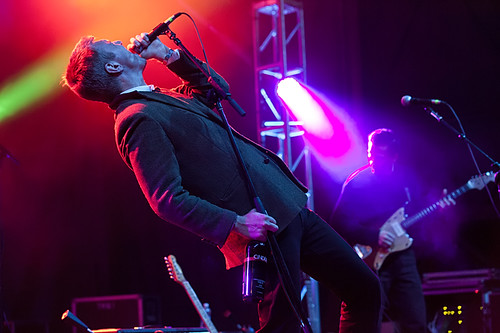 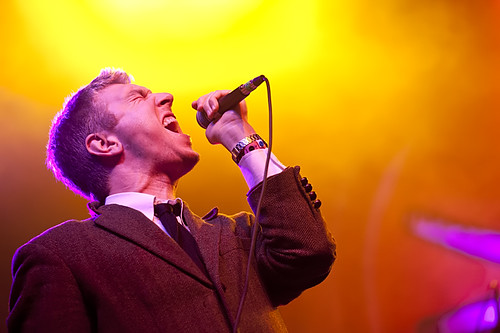 Local rockers Tea Cozies seems undeterred by a legion of masked fans that showed up to their performance at the Boise School of Music. 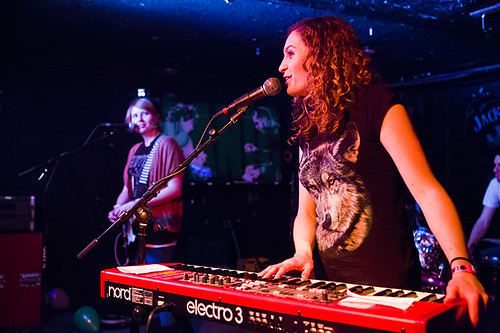 The biggest turnout seemed to be for Boise’s own Youth Lagoon. Trevor Powers seemed oblivious to his many fans as he tweaked the knobs of his many keyboards that produce his psychedelic sound. 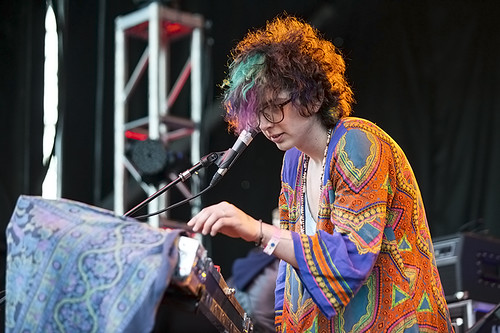 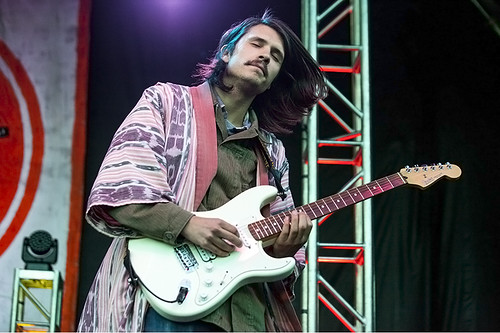 While the weather may have been a bit chilly (mid-20’s at night) the people of Boise were warm and friendly to all who came to visit. Much like any festival there always seem to be overlapping times for the bands you want to see, but it seemed fairly minimal. Only once did I find myself on one end of the city while the other act I was hoping to catch playing on the other side of town. Thankfully, Boise is small enough in size that the maximum distance between any venue is a little over a half mile away. 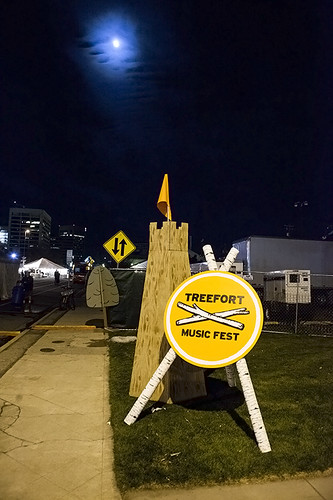 Overall, I felt the festival had learned a lot from its inaugural year. While the festival grew overall (in both size and scope of activities), it still felt small, cozy, and welcoming. Word also seems to be spreading about how fun this festival is. While a majority of fans hailed from nearby areas like Boise, Portland, Seattle, it wasn’t hard to find people who had traveled even greater distances, from small towns in Montana and Wyoming to large cities like Salt Lake City, and Los Angeles. We all descend upon Boise for one weekend chock full of incredible music.

In the future, I would expect Treefort to grow even bigger. They really took their entrepreneurial spirit to heart this year. I know that they will take what lessons they gathered from this year and go forth making next years festival even better. They seem to have a knack for combining the best of local northwest talent and combining it with a variety of larger touring acts. My hope is that Treefort will grow into a premier showcase for northwest talent to play. They seem well on their way to achieving that goal. 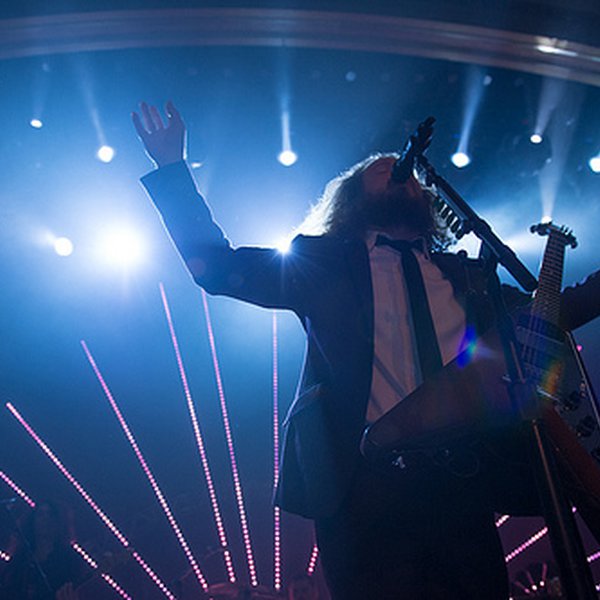 A couple times a year, Starbucks, STG, and KEXP team up to put on the Little Big Show - a little show with a big impact - where 100% of the proceeds go towards helping the arts stay alive for young people. This evening's sold out show raised over $14,000 for The Vera Project, the non-profit all a... 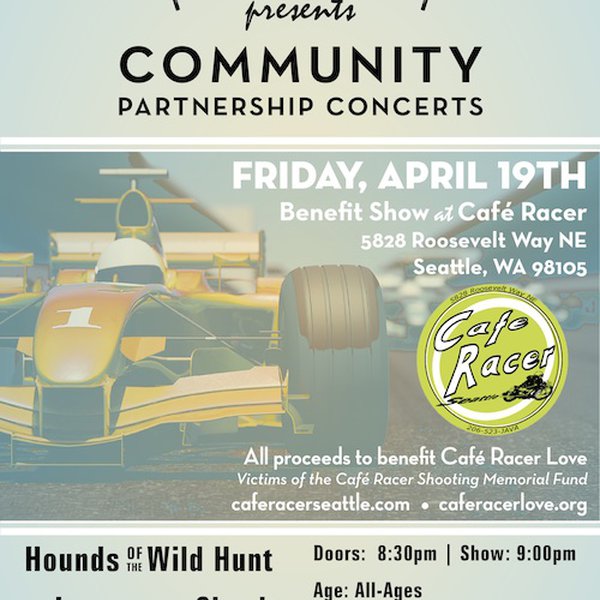 On Friday, April 19th, as part of Hood to Hood 2013, the Audioasis Community Partnerships Benefit show at Cafe Racer in the University District will feature Hounds of the Wild Hunt with Lonesome Shack and Nu KlezmerArmy. Each band has generously donated their performance in support of this mo... 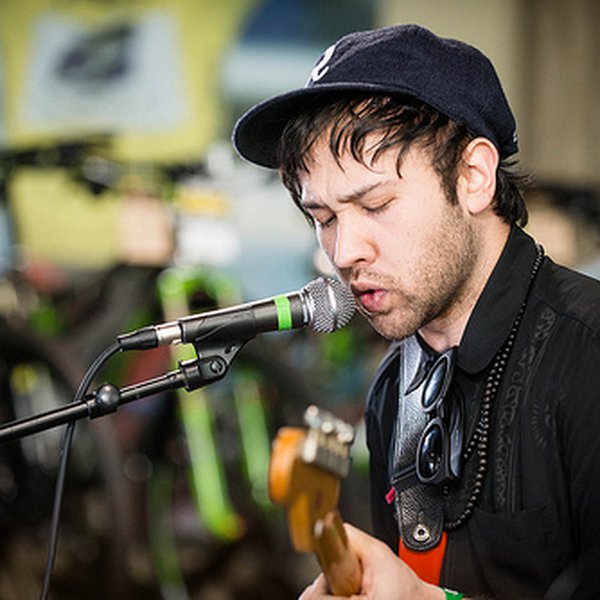 Unknown Mortal Orchestra is a bit of a conundrum, at least when it comes to classifying them. Not really a "band," UMO is really the project of Ruban Nielson, who wrote and recorded songs in his bedroom and even posted the insanely catchy "Ffunny Ffrends" first online anonymously. Not really a lo...