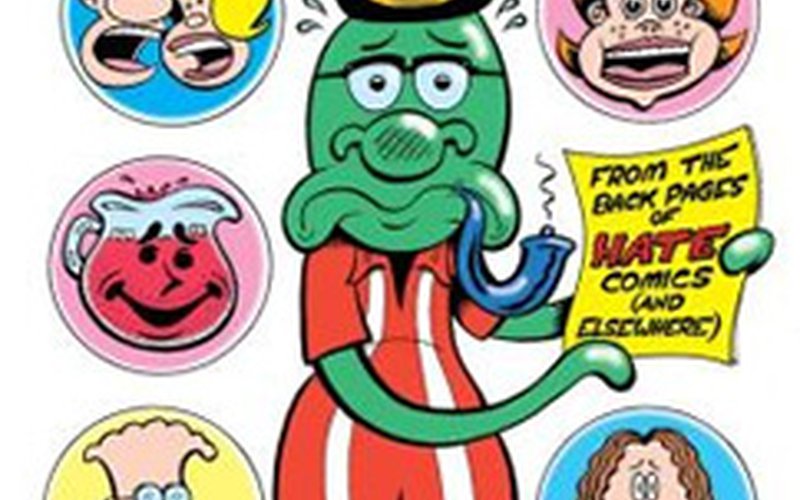 The best collection of rock and roll comics of late recently premiered at the Emerald City Comic Convention in Seattle this past weekend, but won’t be available en masse from publisher Fantagraphics Books Inc. till May 17. Be sure to pre-order Peter Bagge’s Other Stuff soon though, because it is an electric, howlingly funny, bona-fide classic mangle of manic music history, prickly satire, and perfectly rendered cartooning. Brian Wilson’s lost mind and his dad Murry Wilson’s Brian-beating compulsions (“If only I could go back in time -- and get my hands around his big fat neck!”) share pages with Bon Scott of AC/DC bullying his band to keep it to three chords, Sly Stone busting in on someone else’s band recording in the studio and forcing them to kiss his boom-box, Sinatra drinking Jack Daniel’s and telling a fan he sucks, and most regionally, a stoned Bruce Pavitt begging Mr. and Mrs. Bagge on a ride home from a South Seattle BBQ for start up money for a little label called Sub Pop he wishes to launch for “world domination.” (Is that even irony? Does Peter actually wish he’d given the kids a few $$ now?) Also: A threesome featuring Buddy Holly and Little Richard. Are all these tales true? I know of some as reasonably reliable rumors, but in the long run, it’s the shocks and yucks and color-splashy fun that counts.

Okay, so I’m actually under-selling this crackling first-rate collection of alternative comics, as the Rock And Roll section is a smaller part of an anthology that also features Bagge doing some sharp-witted journalism (on comedy festivals, especially) and historical stories. Keen to its special early debut at a comic con, there is also a sweetly terrorizing section of meta-pokes at comics creators and fans, featuring lacerating, self-aware collaborations with the Hernandez Brothers, Adrian Tomine, R. Crumb (“Caffy!” and yes that’s a parody of the comic strip “Cathy” done as a big-bootied Crumb gal, which I need a tattoo of right after writing this review), Johnny Ryan, and others. Of special note are his bizarre depictions of long-time inker Jim Blanchard (which are probably true), but the story scripted by Alan Moore starring the Kool-Aid Guy (you know, the big pitcher-head who busts into wherever kids are playing to screw ‘em up with sugary beverages) as a Ginsberg-type grizzled poet gallons-deep in the zeitgeist between Tom Wolfe’s Kool-Aid acid test and what happened at Guyana (I think this is the first time I ever laughed at a Jim Jones reference) is genius. Don’t miss this collection -- it’s new stuff with odds and sods but it’s also a great round-up of everything Mr. Bagge has done around his excellent HATE comics.

Officially out this week is The Comics Journal 302, about the thickness-size of a big city phonebook, but completely made up of very high-quality comics and pop culture history and criticism, interviews, tributes, and tons of excellent illustrations. Probably my favorite single issue magazine of 2013, it is actually a freakily-elevated edition of the long-running only-trustable trade magazine devoted to comics. The cover stories on Maurice Sendak and Jacques Tardi (featuring chats with, reprinted prints from, peers’ evaluations of, and lists of notable releases from both visionaries) would be enough to qualify it as enthusiastic and shrewd beyond all competitor’s tastes in assessing the artistry of and fierce personalities behind illustrated narratives. But what really swarms my senses is Bob Levin’s focused and superbly written history of law in the comics counter-culture, through the story of R. Crumb and his notorious, legendary, big-bearded biker of a lawyer, Albert Morse. That saga joins Levin’s previous work on Disney vs. the Air Pirates, and all his excellent coverage of outsider and outlaw cartoonists and illustrators, and would have been worth the book price alone. It’s lengthy, well-documented, with a crafty narrative from many sides that are only somewhat trustworthy so need to be woven into something approximating truth. Considering the amount of drugs, booze, sex, and insanity involved, Levin has written an outrageously thorough examination of underground comics tricksters and the tricky ways they’ve engaged with the law. Essential reading.

Also of special note in the must-have TCJ #302 is Tim Kreider’s spot-on analysis of Chester Brown’s autobiographical confessions about visiting prostitutes in the graphic novel “Paying For It,” in which he levels solid arguments against how it coldly and hopelessly handles its subject matter and then pulls a Mexican Standoff with its own reasoning near the end. (Most current music critics are rarely that insightful when they make an argument about an album they almost simultaneously unpack.) Also, the original strip by Joe Sacco in this issue would be worth buying any other anthology it appeared in as well (yes, Comics Journal actually publishes some -- excellent -- comics all on its own).

More mainstream and older comics fans may otherwise adore this volume of the now-annual Comics Journal for the round-table moderated by Art Spiegelman on classic kids’ comics; “How To Draw Buzz Sawyer”; and the controversial work of Bill Hume appreciated and evaluated by R.C. Harvey. This material may not be as of interest to those of us more into the wild and the weird margins of the industry which have risen (and occasionally fallen) since the 60s, but it gives us a chance to sample the gamut of an ever-evolving and surprisingly inspiring art-form.

Alexander Theroux is a mind-torquing and award-winning poet and novelist who has dived into loving biographies of comics-related works before: "The Strange Case of Edward Gorey" and "The Enigma of Al Capp." But he has helped publisher Fantagraphics to make further in-roads into artistic fields beyond sequential stories with a new book on “art and artlessness in 20th century pop lyrics”: The Grammar of Rock. Ripping through this hilarious rage on banality and unexpected pleasures I thought, they don’t make writers like this anymore. This is a book-length thick-veined rant pulled from years of music fandom, ambivalent love for creative sound expressions gone awry, brimming with bold declarations and bossy definitions. It’s awesome. Whatever cliches you’re holding on to as a rock acolyte, Theroux will peel away your naivete and mock what you think of as poetry, even as he celebrates some very crassly wrong lyrics that get it somehow more right. I tend to stay away from books on rock lyrics like they’re, well, anything taking rock lyrics too seriously, but Theroux snorts and rolls around in the rankness of rap, the resonance of Sinatra, the randy imagery of R. Newman, and above all the slapped syntax and strained poetry of Top 40, connecting his high-brow background in literature, art song, and film with often visceral grunts at pretension. You never know what blind experiment he might helplessly favor, and what ambitious world-loved celebration he wishes to fart on. It’s exactly the kind of music criticism we desperately need -- passionate, insanely well-lived-through, full of tons of puns and crippling candor. If you love Greil Marcus for his ability to riff like a madman on rock, pulling in political events and cultural secrets, then Theroux will put you a bit more left of center and deeper in the decks. He must have ear-consumed a Smithsonian library full of 78s, 45s, CDs, and other recordings to be able to squeeze in all of the information he passes along, just before he lands ferocious punch-line. Drop that boring band biography and fetch this, if only for the mountains of lists of rarely-heard missing gems he has sampled and tasted beforehand for you. 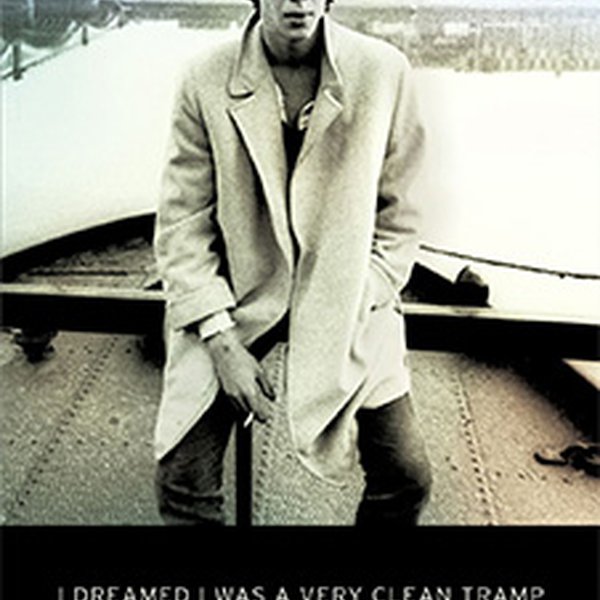 I Dreamed I Was A Very Clean Tramp is exactly the succulently-written, shit-talking, salty dog memoir you’d want from the man who dreamed and ignited punk. Richard Hell was a fun-loving little Kentucky cowboy as a kid, loving TV, growing up with peak period 60s Stones and Dylan LPs, dreaming of tak…