KEXP broadcast live from KEX Hostel at Iceland Airwaves is Icelandic artist Pétur Ben. He first came into the spotlight following his collaboration with Icelandic virtuoso Mugisonm and the following year he released his debut record, Wine for My Weakness, and won an Icelandic Music Award for best alternative album. God’s Lonely Man, the followup to his stellar 2006 release Wine for My Weakness has been a long time coming, and oh man was it worth the wait! The six years between records, thought quite long, were far from idle. Pétur Ben has been collaborating with the likes of Mugison and Eberg and writing multiple film scores. His music is dense, dramatic, and startlingly honest.

Pétur Ben, who resembles an Icelandic David Bowie, began his stellar set with "Cold War Baby" from his new record God's Lonely Man. It has a distinctly indie-rock feel--kind of slow and meandering beginning, building up to a much fuller sound, with group vocals and a spectacular chorus. Next was "Visions" which has a kind of floating, spacey guitar sound, with crunchy synthesized beats distantly in the background. The breakdown has kind of a post-rock/shoegazey vibe, a little less spacey, with a classic rock & roll feel.

"Kings of the Underpass" and "Yellow Flower" were both a bit heavier, with big breakdowns and highlighting Pétur Ben's soaring falsettos. Closing out the set was "Wasted on Holidays," which had a bit of a Britpop-ey feel. The song was fast and upbeat, which really got the crowd moving, and was a fun conclusion to a spectacular show.

Next on KEXP at 1:30 p.m. PST/20:30 GMT is Boogie Trouble. Stay tuned!Find out more about our broadcast during Iceland Airwaves here. 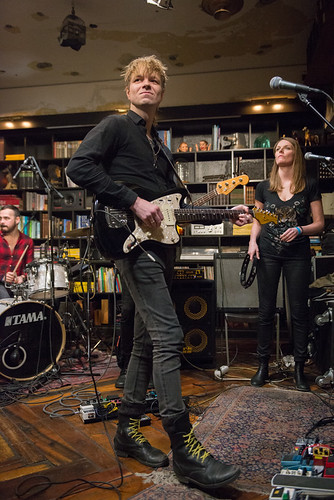 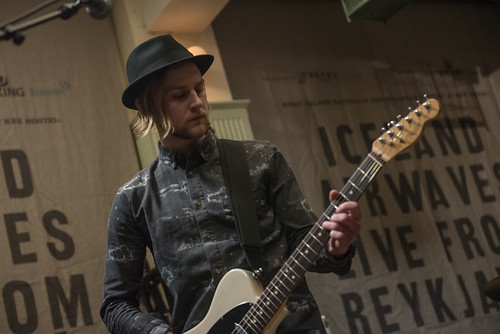 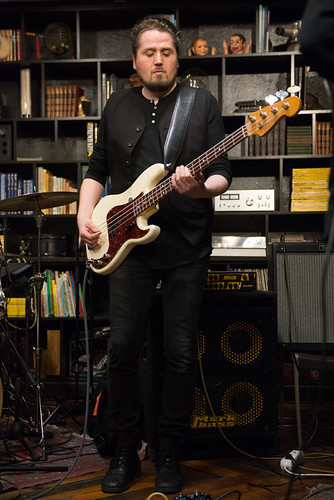 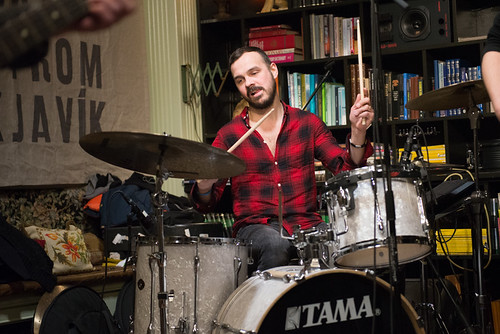 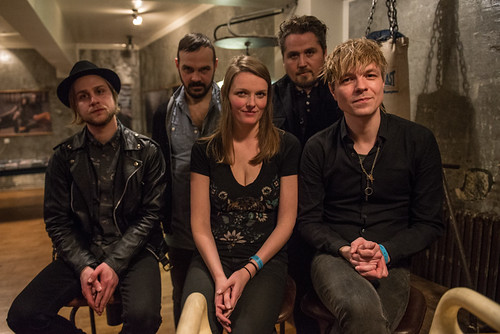 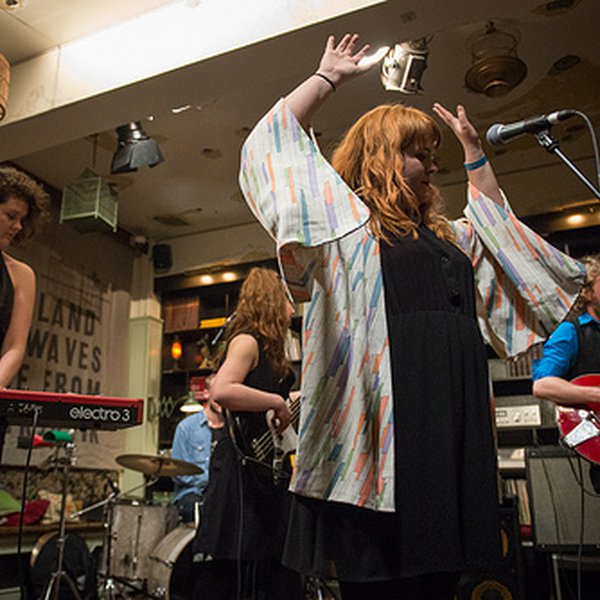 Closing out day two of the KEXP broadcast live from KEX Hostel at Iceland Airwaves is dancetastic Icelandic disco band Boogie Trouble. The population may be small, but Iceland leaves no stone unturned when it comes to exploring genres. Tonight’s closing act is a great example. Fronted by sweet-vo... 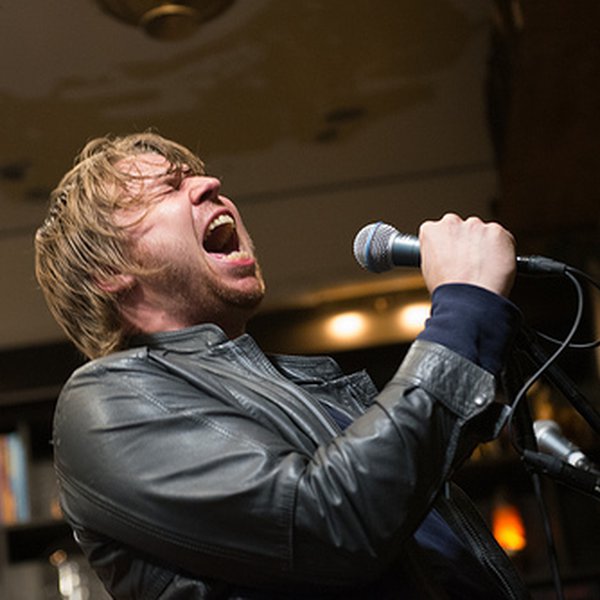 Next on the KEXP broadcast live from KEX Hostel at Iceland Airwaves is KEXP favorite Mono Town. The Icelandic indie-rock trio, comprised of  Bjarki Sigurdsson (vocals, guitar), Börkur Hrafn Birgisson (guitar) and Daði Birgisson (piano), formerly of B.Sig, have a bit of a Britpop-meets-spaghetti-w...