Saturday, September 28—day four of Decibel Festival 2013—found me headed back to the Showbox at the Market, this time for the Cosmic Adventures showcase, featuring The Orb with the godfather of techno Juan Atkins and newcomer Nick Monaco. The Orb was perhaps the act I was most excited to see at this year's Decibel Festival. Having already seen Kevin Saunderson, one of the famed Belleville Three founders of Detroit techno, at Decibel Festival in 2010, I was also looking forward to seeing Atkins, another member of the Three.

Nick Monaco was clearly "the kid" in this lineup, being both a relatively new artist and also less than half the age of the others. But Juan Atkins himself was a couple years younger when he released his seminal techno track "Clear". And Monaco also clearly had the chops to be opening this evening for both legendary acts. He started out with funk/soul-based grooves, and gradually modulated to deeper house but always with that soulful groove. He was already spinning tunes as the doors opened and had people dancing the moment they hit the floor, with the room filling quickly throughout his set. Monaco kept the beats going, and the room dancing, for over an hour, and at the end handed off the controls smoothly to Atkins without pause.

Juan Atkins immediately brought in old-school synth sounds, changing the feel without changing the beat. I quickly noticed how dextrous he was with manipulating the music, able to play messy with beats, fuzzing them into syncopation without losing the dance floor. Or just as I was noticing a particularly repetitive simple drum line, he changed it up to something more complex; and that '80s synth sound didn't overstay its welcome either. He had a good mix of sounds and styles throughout, even bringing in classic soul to close out his set. There's a reason electronic music has been filling and moving floors for over 30 years now, and Juan Atkins is one of the big names behind that reason. It was great to see and hear a legend at work.

There was no pause in sound as The Orb began, but unlike the previous switch in acts, they made a very distinct segue into a much different style, cooling things down with  ambient trance—ambient not as in background music to ignore, but as incorporating real-world found-sound samples. It was laid back, languid even, but never without a flowing beat to keep people grooving. And the music didn't stay all airy and trippy; they dropped some pretty heavy beats and even a surprisingly hard-edged and fast techno banger. Unlike the previous acts, this time there were clear transitions from one song to the next, though they never stopped the sound. Though there was a lot of variety in style among the songs, from trance to techno to dub and more, there was always a sense of a core sound—one might say a central orb from which the music emanated.

The duo of the Orb had fun performing together, dancing around, playing off each other, and smiling. Fehlmann in particular made a lot of joking gestures to the audience, while even the professorial-looking Paterson eventually loosened up his shirt. That helped keep the audience engaged, not zoning out, though obviously some people were feeling pretty blissful.

Other than their classic hit "Little Fluffy Clouds", I'm somewhat shamefully unfamiliar with the Orb's work—I've definitely heard more than that one song, but just don't know anything else as well as that. I knew they had plenty of material to choose from, so I wasn't particularly expecting them to play that song, and I didn't think I was really hoping for it either; I was enjoying what they played well enough. So I was surprised at the end of their set, when the first familiar tones came tripping out, how strongly I reacted: I felt a great rush, tingly and flushed all over, ecstatic to hear a song I hadn't realized quite how much I loved. (And no, I wasn't on any drugs.) It was a brilliant ending to a fantastic set and showcase, and I left in a little fluffy cloud of joy. 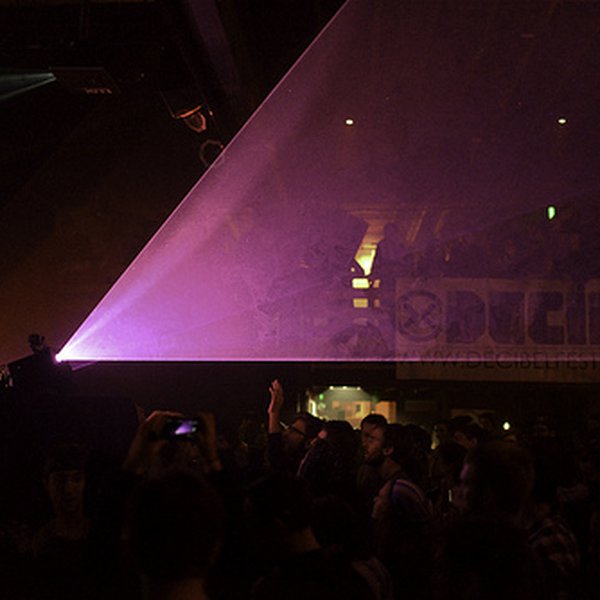 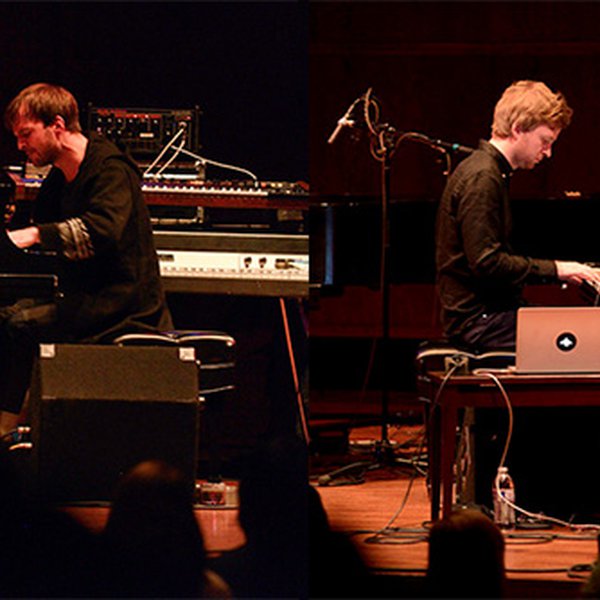 Decibel Festival's Optical showcases serve to remove the notion that electronic music is simply made for dancing. Instead, they present an array of musicians who specialize in everything from neo-classical to drone to ambient to horror soundtracks. For its 10th anniversary, Decibel brought back b...