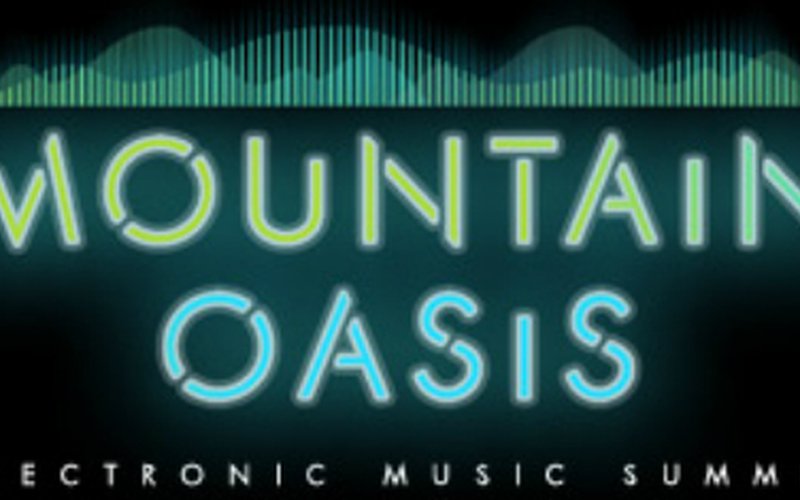 Electronic music’s second massive wave of popularity is in full swing. For the first time since disco, Top 40 music is far more influenced by modern dance trends than traditional R&B or rock elements. By and large, the highest paid DJs do better than the highest paid rappers. After being critically beloved darlings for over 15 years, Daft Punk are actually one of the biggest groups in the world. But electronic music’s recent resurgence isn’t limited to the more commercial echelons of music. A new generation of independent musicians have embraced synthesizers, MIDI sequencers, drum machines, voice manipulation and four-on-the-floor beats with just as much enthusiasm, and a growing number of electronic music festivals are intent on capturing that spirit. One of these is the inaugural Mountain Oasis Electronic Music Summit, held in Asheville, North Carolina over the weekend of October 25th-27th. Similar to Decibel Festival, the music is held during the evenings across different venues in the city, leaving the rest of the day to soak in downtown Asheville before heading off to The Orange Peel, the Diana Wortham Theater, or the US Cellular Center for some music. The term "electronic music" has grown to include a wide variety of styles, and accordingly, the festival's curators have picked an eclectic and unique lineup. Check out some highlights below and go to the festival's website for more information and tickets.

Along with the surprise (and surprisingly good) return of David Bowie and My Bloody Valentine’s third album finally seeing the light of day, Neutral Milk Hotel’s reunion stands as one of the year’s most unexpected surprises. There hasn’t been any solid recording of the small scale shows they’ve played so far, but all reports have implied that it’s nothing short of astonishing. They're curating a whole evening of one of the festival's venues - performances from Half Japanese and Daniel Johnston precede theirs - so it's sure to be a memorable night to those who thought they'd never get to see In The Aeroplane Over The Sea performed live.

Purity Ring joined the festival lineup about a week before the festival as a replacement act, but as one of the most dependable festival acts around, it's certainly to the festival's benefit. Their light show - triggered live by producer Corin Roddick - is cleverly built and adaptively interactive to Megan James' stuttering vocals. They've been on the road for about 18 months now, so their show is a well-oiled machine that's about to go away - as the penultimate show behind Shrines, it's going to be one of the last chances to see the duo before they go back into the studio to work on LP #2.

The Glaswegian producer emerged in 2010 as one of the spearheads of a new wave of maximalist electronic producers, and as the influence of that movement continues to spread (see: TNGHT's Hudson Mohawke on Yeezus), Rustie remains one of its most versatile and impressive performers. "Slasherr" and "After Light" stand as just as explosive singles as anything that the festival's mainstream EDM acts have put out, and in a venue as intimate and great-sounding as the Orange Peel, it's going to be a sure shot for anyone looking to drench themselves in dance-produced sweat.

Seattle's Jherek Biscoff is one of the hardest working composers in recent memory. His debut album, Composed, was recorded in piecemeal fashion, with Biscoff traveling to each musician's home to capture their takes before pasting it all together. His show at the Moore last winter was a sight to behold, and he'll reproduce a fair amount of it at the Diana Wortham Theatre on Friday night. (Collaborator Zola Jesus plays the following day, so an appearance isn't out of the question.)

Perhaps the most influential electronic rock band of the 1990s, Nine Inch Nails are back not only with a great new album, but a live show that might stand as their most impressive production yet. Trent Reznor is now joined by seven other musicians onstage, including longtime guitarist Robin Finck, Telefon Tel Aviv’s Josh Eustis, a pair of backing singers, and venerable studio bassist Pino Palladino. Additionally, Rob Sheridan’s visual presentation is just as muscular and stunning as anything else he's put together in the past. With a fluctuating setlist and the possibility of a guest appearance from another electronic pioneer (see below), NIN's headline performance is already looking like it's going to be the weekend's highlight.

Mountain Oasis has brought more than a few electronic pioneers to Asheville for the weekend, but Gary Numan might be the most vital out of all of them. His newest album, Splinter, is already being hailed as his best work in ages, and his performance at Bumbershoot found him in fine form. Yes, he'll probably play "Cars" and "Are 'Friends' Electric?", but expect "Metal", "Prayer for the Unborn", and plenty of other Numan favorites to emerge in heavy, crunching arrangements. He's been known to make appearances with Nine Inch Nails on occasion too, so Numanoids could very well get a second helping.

Because core member Johnny Jewel is working on approximately 400 projects at once, Chromatics don't hit the road very much, but when they do play shows, they give it 100%. Last year's outstanding Kill For Love ranks among Jewel's best work, but in a live setting, it's singer Ruth Radelet who takes the reins. Her ice-queen coo is what sells the band's original songs and set-staple covers of "Hey Hey, My My" and "Running Up That Hill", and against a sea of grainy, dimly-lit visuals, she's nothing short of a star. There's no telling when new Chromatics material (or a proper tour) will emerged

On her own, Zola Jesus is one of the more fascinating electronic musicians of the last few years. Her recording setups have gradually grown in scale - starting in her bedroom and moving to a full-size studio with an orchestra - and started catching up to the grand emotional scale of her music. Her current project, Versions, is a collaboration with composer JG Thirwell, re-imagining songs from her catalog in sweeping orchestral arrangements that emphasize the pathos of her music over the usually-predominant electronic ethos. As her show at Decibel last month, it's a not totally unexpected reconfiguration for Nika Rosa Danilova, but a dazzling one nonetheless.

King Britt's musical journey has taken more than a few turns in his 30+ year career. He's been a producer, DJ-in-residence, and most recently, a multimedia composer combining music with visual performance. Mountain Oasis is where he'll debut his latest project: Fhloston Paradigm, a multimedia project featuring vocalist Pia Ercole that incorporates operatic vocals against the setting of analog electronic music. The performance serves as the first public chance to see the project ahead of its 2014 recorded release, and in the spectrum of Mountain Oasis' lineup, it looks to be one of the more curious, non-traditional shows of the weekend.

Leave it to the British to produce an act that comes out of nowhere to steal the year. Brothers Guy and Howard Lawrence had been kicking around the UK garage scene since 2010, but when they released their debut album, Settle, in June, the duo became a critical (and in the UK, commercial) juggernaut overnight. The pair have followed up their initial success by touring the hell out of Settle, undoubtedly in part because their live show ranks as one of dance music's most dynamic and adaptive. The brothers play a mixture of sequenced tracks and live instrumentation that shifts in length and order every night. It also leads to collaborations like this one happening on a regular basis.

One of Mountain Oasis' biggest names on its initial lineup was How To Destroy Angels, Trent Reznor's other main project who were making a rare appearance while Reznor was on tour with Nine Inch Nails. However, production issues caused the group to cancel their appearance, leaving room for another electronic quartet to step in their place. Serving as the first proper date of the tour behind their fourth LP, Free Your Mind, Cut Copy's reputation as a live act precedes their catalog, and if the loose, acid house-esque tracks that have preceded the album are any signifier, the Aussies are about to get a lot headier and a lot bigger.

Aside from counting one of electronic music's most promising figures in its membership, Darkside made a splash this summer before even putting out an album when they remixed the entirety of Daft Punk's Random Access Memories, which handily functioned as the soundtrack of the summer for those who had already worn out "Get Lucky" by April. But just as suddenly as their remix project arrived, their brilliant debut album, Psychic followed. It's an early chance to see the duo live (it's their scheduled only North American date for the year), and whether their set peaks with "Get Lucky" or "Golden Arrow", it's sure to be a sign of even more promising things to come.

About a year after her debut album, Devotion, became a critical darling, Jessie Ware has become one of music's sweethearts as well. The remarkably affable singer is typically casual and cheeky, but onstage, she can summon a dramatic presence that ranges from suavely playful to emphatically emotional. Her first stop in Asheville is part of her second proper round of US touring, which features a tighter band, more visual production, and new songs, and will probably be the last chance to see her before she departs to write Devotion's followup.

There's something to be said for having artists representing both dubstep and post-dubstep in a single festival, but in the latter case, there might not be a better choice than the artist to first claim the tag. Mount Kimbie's buzzing, texture-driven brand of electronic music rewards its listener in layers, so across their hour-long set at the Orange Peel, there's likely to be as many sonic twists as there are peaks, and if band member Kai Campos has anything to say about it, there will be champagne. 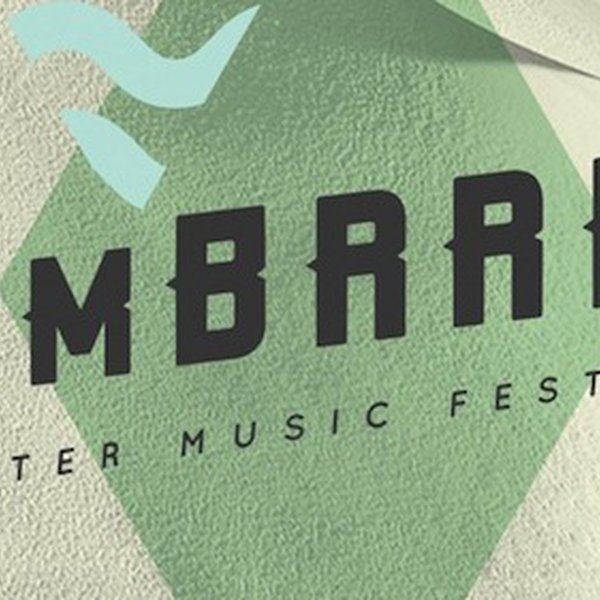 Last summer, in Carnation, WA, the folks who put on the Timber! Outdoor Music Festival had a root beer garden. Hard to top that, right? Well, this winter, for the first ever Timbrrr! Winter Music Festival in Leavenworth, the event planners are offering (for those over 21) a hot toddy garden!