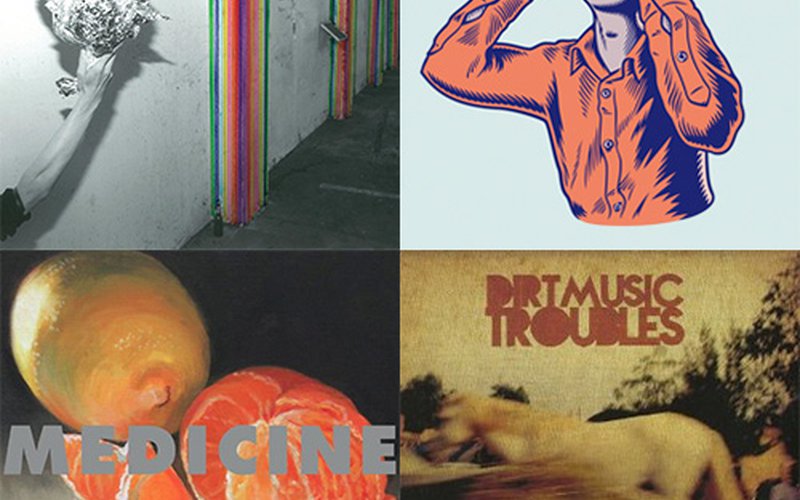 As the days grow shorter, the list of exciting new albums seems to grow longer. Though none of the big year-end blockbusters are out yet, there's a lot to choose from on the new release shelves at your favorite record store, including the latest from Moderat. This second LP by the collaboration of Berlin duo Modeselektor (Gernot Bronsert and Sebastian Szary) and Berlin artist Apparat (aka Sascha Ring) is sure to appease fans eager for a follow up. Our Music Director, Don Yates, calls the aptly titled II "a masterfully moody set of expansive bass music with atmospheric synths, rumbling bass, skittering rhythms, melancholy vocals and haunting melodies." Perth, Australia band Pond, featuring current and former members of Tame Impala, is releasing their fifth album today. Hobo Rocket, the followup to their excellent 2012 album, Beard, Wives, Denim, "is a more adventurous and often-aggressive take on the band’s heavy psych-pop, with expansive, shape-shifting songs that bounce from hazy atmospheric pop to primal hard rock." New York Minks return with their second album, showcasing "a strong outing of ‘80s-influenced dream-pop with fuzzy synths, jangly guitars and lots of sparkling pop hooks"; and Dirtmusic, carries on after the departure of Chris Brokaw, now as a duo with founders Chris Eckman (also of The Walkabouts) and Australian multi-instrumentalist Hugo Race (an early member of Nick Cave & The Bad Seeds). Their third, recorded in Bamako, Mali with Malian musicians and vocalists, "is a seamless, wholly successful blend of various Malian styles and brooding, atmospheric rock, with lyrics touching upon the conflict with radical Islamists in northern Mali."

Other excellent new releases that you'll want to check out come from LA trio Superhumanoids, whose debut is "a top-notch set of romantic, dreamy, woozy synth-pop with R&B flourishes that balances starry-eyed boy/girl vocals with New Wave influences, lush textures, and soaring hooks"; 90's LA band Medicine, who return after 18 years' hiatus with a strong set of "shoegazer dream-pop with elusive, shape-shifting songs featuring fuzzy guitars and soft vocals"; Chicago group Running, whose new album is "a vicious slab of grimy noise-punk with a dense wall of scuzzy guitars, often-motorik rhythms and snarling vocals"; and a collaboration by Austinites Explosions In The Sky & David Wingo (of Ola Podrida) for a moody, cinematic soundtrack to the movie Prince Avalanche.

Look for all of these in stores today, plus new releases from The Civil Wars, The Polyphonic Spree, Dinosaur Bones, Future Wife, Lumerians, and many others. Here are a few songs to sample before you head out to your favorite record shop: 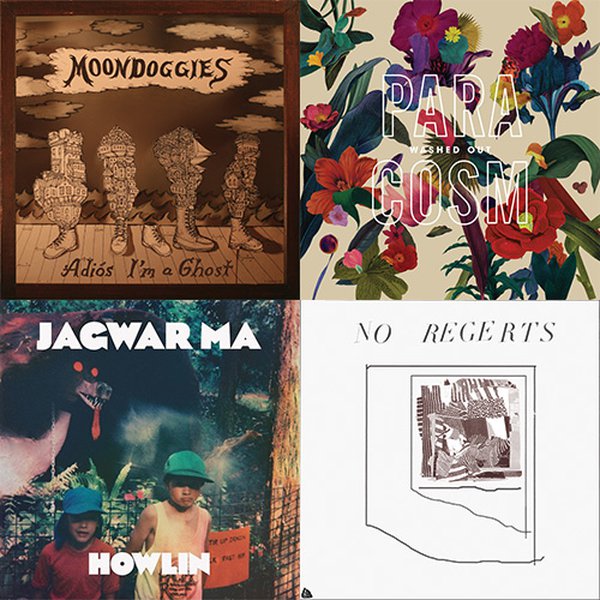 Our live guests today, The Moondoggies, have one of this week's top new releases with their excellent third LP, Adios I'm a Ghost. The Seattle band has long been a KEXP favorite, and their fans certainly won't stop loving them after hearing their latest, which our Music Director, Don Yates, calls... 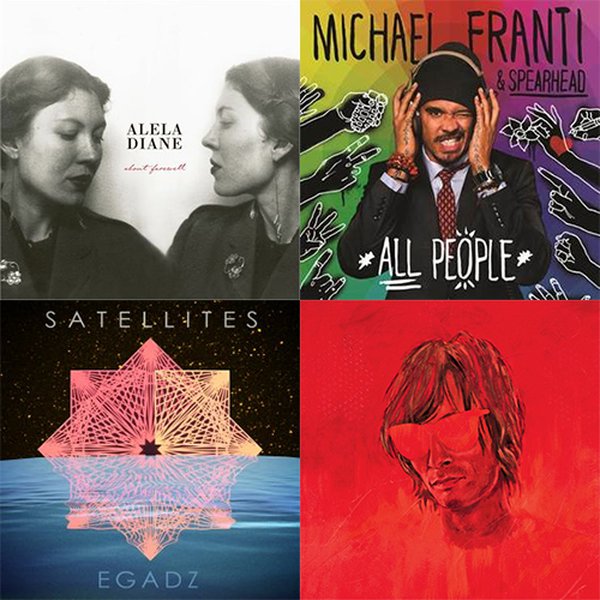 Another light summer week of new releases, but there's a handful hitting shelves today that you'll definitely want to check out. Portland singer-songwriter Alela Diane tops the list with her fourth album of heartbreaking (and broken) folk-pop, highlighting her rich voice and often personal lyrics...